9 Collections in 1 at Christopher Kane

9 Collections in 1 at Christopher Kane 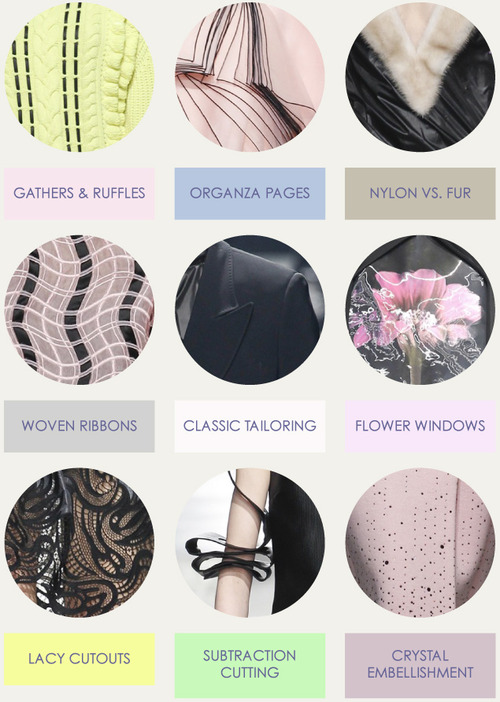 There are few designers who serve up as many ideas in a single collection as Christopher Kane and this was especially true for the Autumn-Winter 2014 collection which featured and combined everything from ruffles and gathering, to crystals, laser cut laces, floral motifs, clever pattern cutting, pages of organza and a play off between nylon and fur.

The interesting thing is that on first glance, this seems like many different collections shown simultaneously – as though each idea could be considered separately as a single “story” within a wider collection. In actual fact, many of the ideas, processes and elements have been mixed and used in different combinations. Sometimes this combination occurs within a look or even within a single garment.

For example, classic tailoring is embellished with crystals in one look, in another the crystals are used on what appears to be the same nylon that is used as a laser cut skirt in another look, and the woven ribbons that appeared first on ruffled neon knitwear, then reappear again as a large woven fabric embellishment.

Two of the newest ideas in the collection were the winding “sleeves” that snaked down models arms, and the dresses with “pages” of organza that closed the show.

The panels that formed sleeves on the models arms were reminiscent of the subtraction cutting technique that we discussed in the earlier article Subtraction Pattern Cutting with Julian Roberts» where the body snakes through the fabric rather than simply cutting the fabric to fit around the outside of the body.

The organza “pages” were similar to a techniques used by the Valentino atelier that is often referred to as “Pagine”. An example of the technique as used by Valentino can be viewed on The Cutting Class Pinterest»

In the Christopher Kane take on these pages the organza pieces were edged in a contrast thread or trim, which served to highlight the shapes of the individual pieces. Leaving nothing to chance, these panels have been stitched at specific intervals to control the drape of each organza piece, and creating a more controlled cascade of fabric.

To make it slightly easier to see how the different elements have been combined across the looks the descriptions have been colour coded to match the details key above. 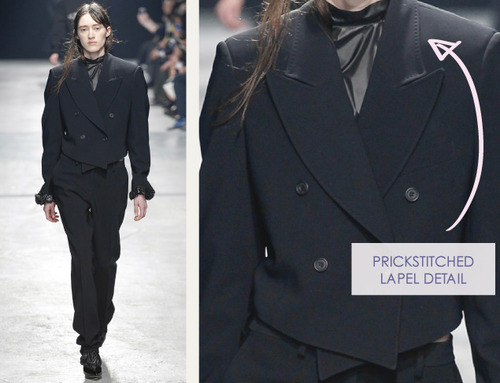 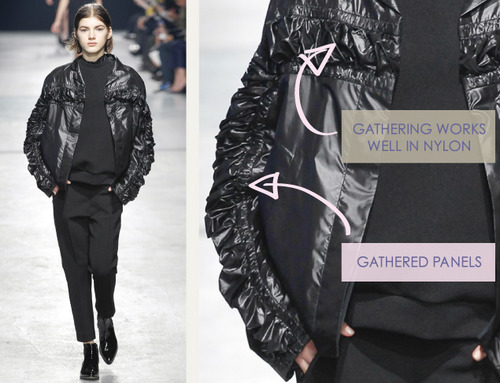 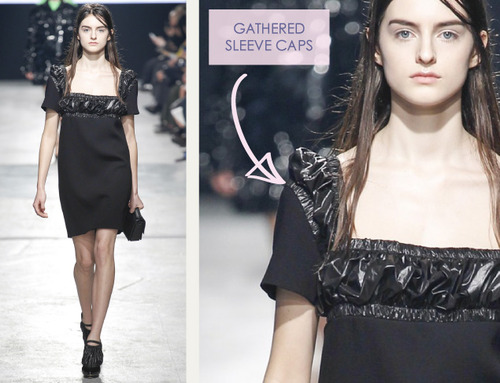 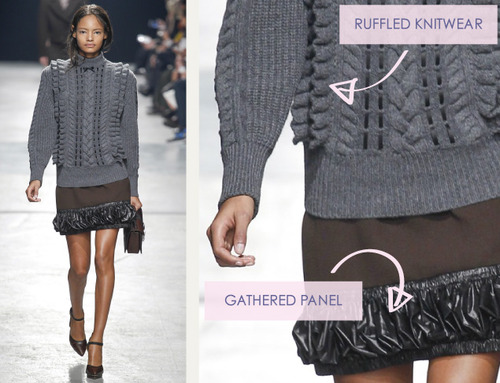 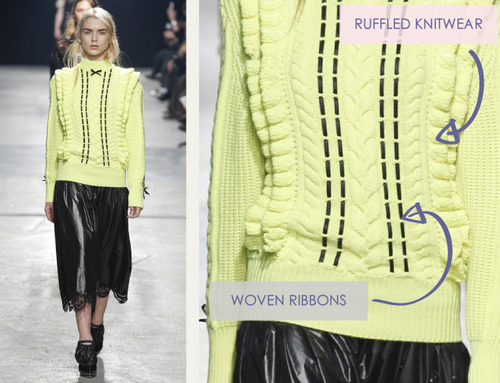 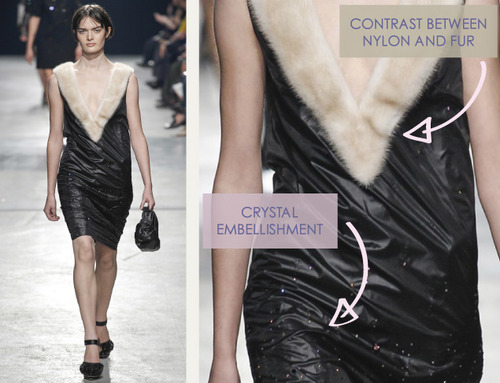 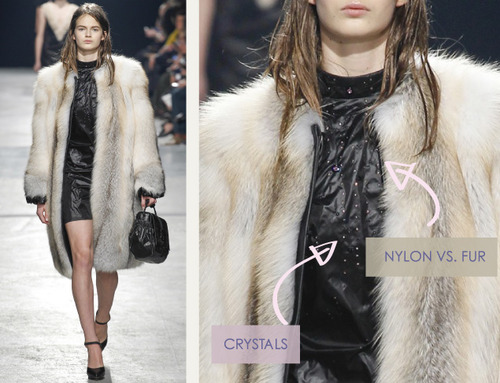 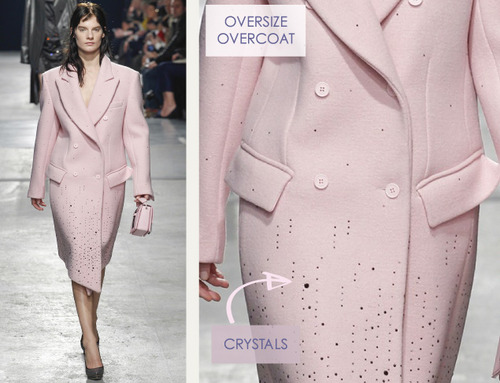 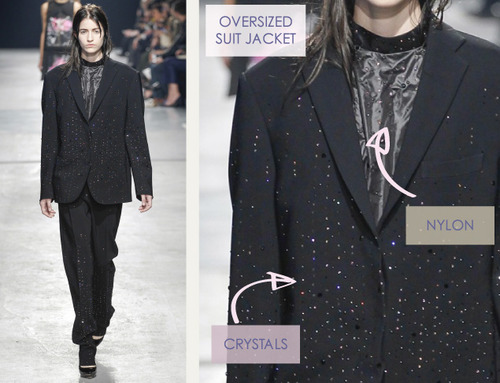 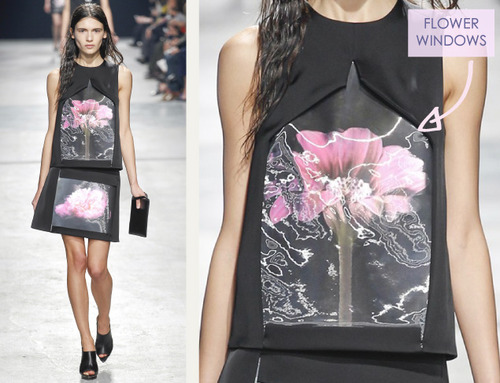 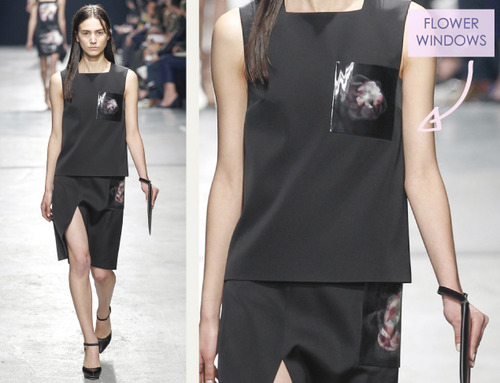 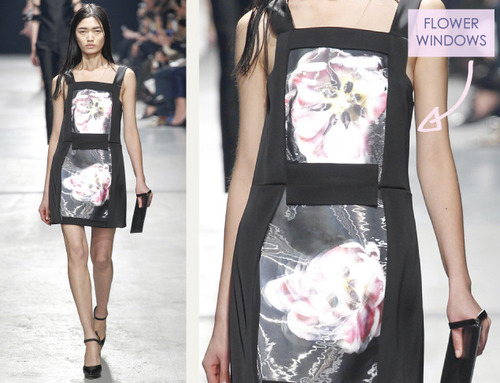 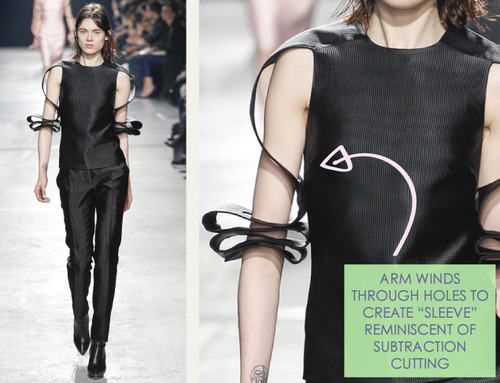 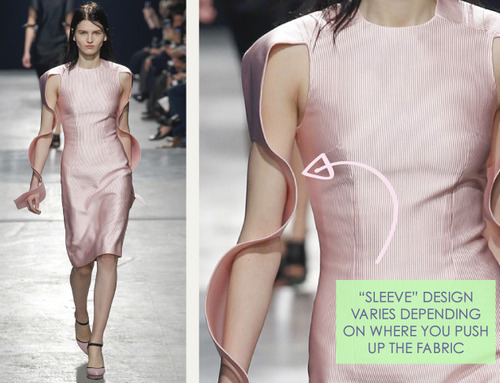 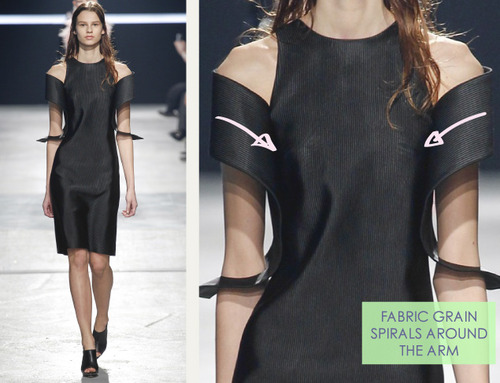 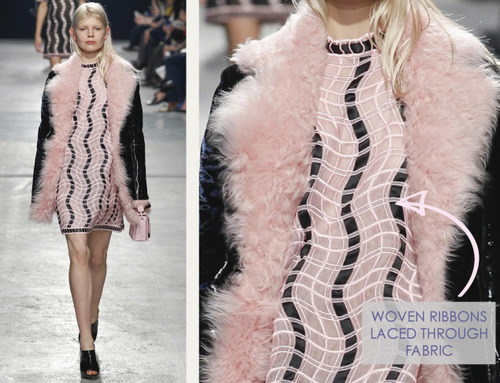 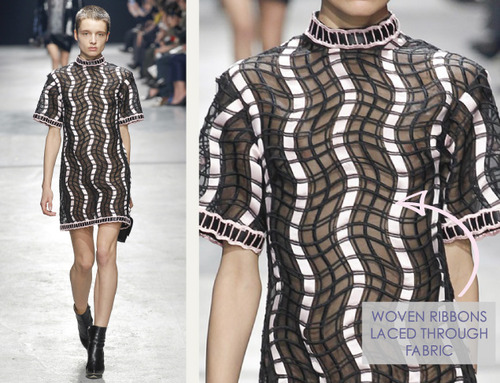 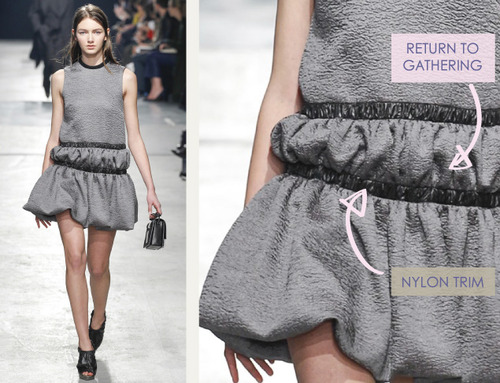 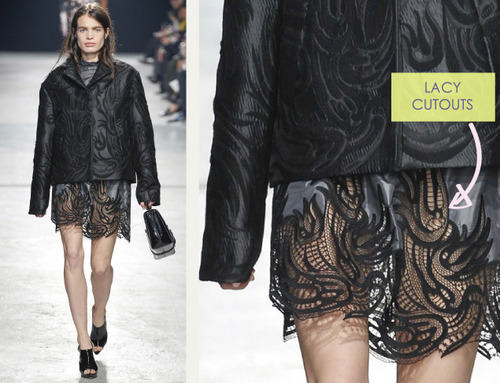 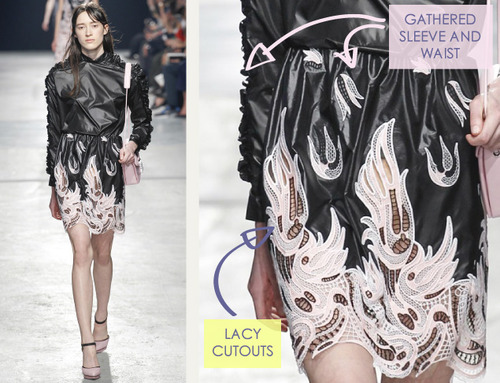 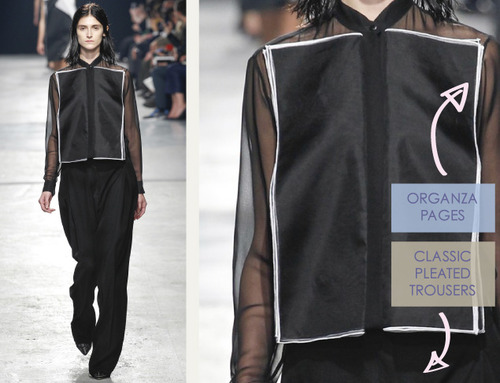 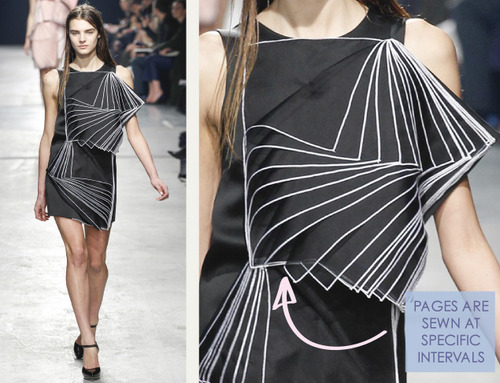 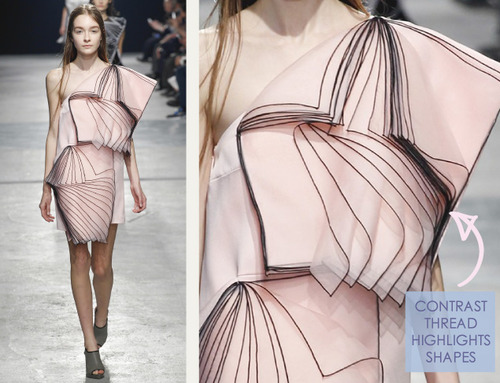 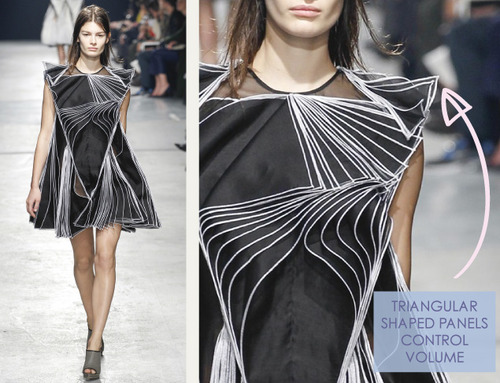 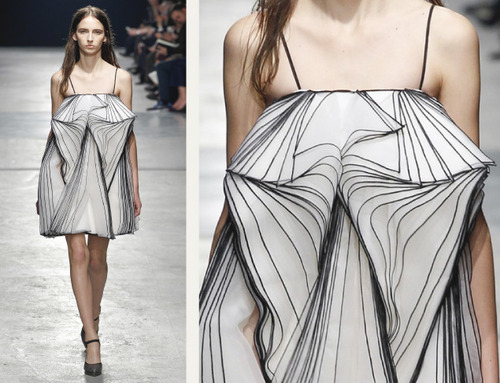