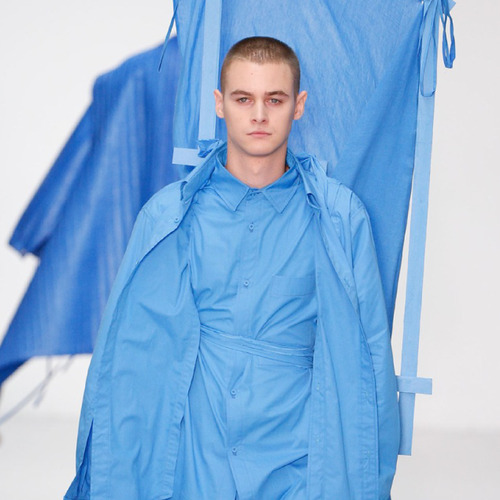 The praise and hype surrounding the recent Craig Green collection for Spring-Summer 2015 will inevitably be balanced by snide remarks about how people can’t wear their bed frames and sheets to the shops when they just want to go pick up a pint of milk. For this reason, and as part of an analysis of the Craig Green collection, it is a good opportunity to consider the different ways that a collection is viewed and appreciated.

There are many different standards that can be used to judge whether or not a collection is “good”. Some collections will be technically amazing, but the clothes won’t really reflect on a great idea or concept, or the collection will only superficially refer to a design mood board for the sake of aesthetics. As a collection it might be filled with great looking, wearable clothes but it may not be very memorable in the grand scheme of things.

Other collections will be rough around the edges and will have no commercial appeal, but will come from a strong point of view, and viewers will respond to what the designer wants to say even if the finishing techniques and fabrics are not as resolved as they could be. The lack of technical ability can let down these collections because they distract from the main idea or message.

When you see people start using phrases like “fashion moment” and “moved to tears” this can sometimes be because the collection ticks both boxes. The positive response to the Craig Green collection has largely been based on the fact that the collection has moved and affected people by tying into timely subconscious references. But it’s also just a solid collection of clothing that builds on the designer’s existing aesthetic, is focused around a single concept and is executed through silhouettes, proportions, colours and techniques that all work well together. 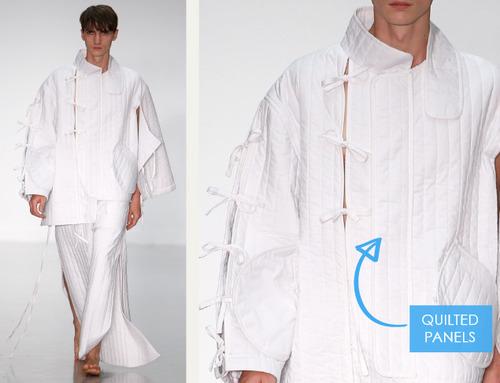 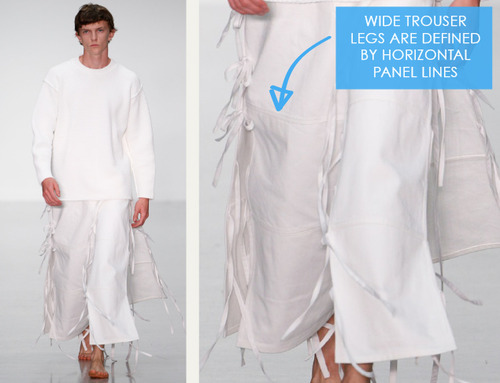 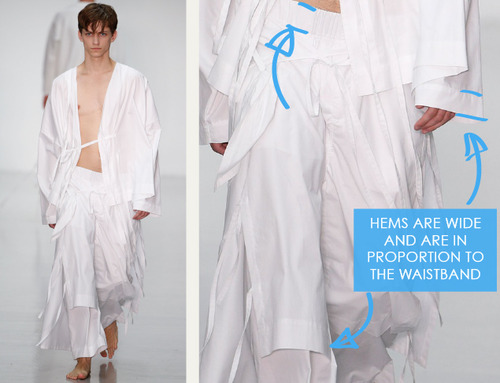 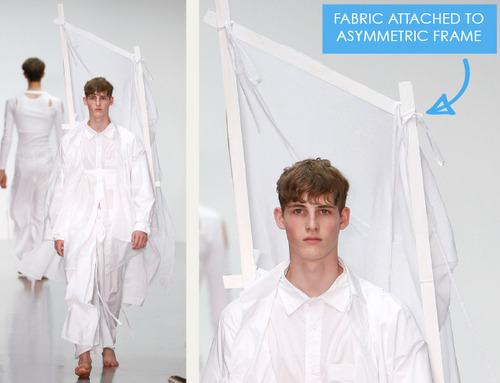 Some of the best conceptual collections avoid having references that are too literal, allowing the viewer to layer in their own meaning. For the sake of linking the concept with the construction details in this discussion, this collection appeared to have many references to our basic ideas of humans being “clothed” and “sheltered”. To support this idea through the actual garment construction many of the more modern and constrained ideas of clothing were gone; there was no heavy interfacings or canvas tailoring, and the most common closures and fastenings, such as buttons and zips, were often replaced with simple ties that helped to pull and wrap the cloth around the bodies of the models.

The silhouettes were often slouchy and loose and then punctuated with slits and holes. These details seemed to formalise what happens to clothes when they wear away in that they were shown in a crisp way, with perfectly bound edges to the holes and neatly knotted ties to close up the slits. A more literal approach to doing “worn clothes”, for example, would have been distressed denim paired with smudgy make-up.

All of these details were also all perfectly balanced and nicely in proportion to each other, with wide hems echoing wide waistbands and thin ties echoed by thin binding. Like a graphic designer working to a “grid” it is by matching these types of details that a fashion designer is able to make a whole collection appear more cohesive. The collection was also more focused and unified because a limited number of garment shapes were repeated in a limited palette of colours so that there were different sects within the collection without the need to suddenly shooting off on a new and unrelated tangent. In this way the idea or concept can be reiterated by the designer, rather than diluting the collection with other ideas that are less resolved.

The effect that the collection has had on viewers also makes a statement in the debate about whether or not there should even be fashion shows anymore. Many reviewers have cited the songs in the soundtrack as being a part of the emotional weight of the collection. Would the collection have received as much attention if it was only presented in a lookbook?

In terms of the “wearability” argument, it is safe to say that at the point when somebody sends a model down a catwalk with a large wooden frame billowing with fabric then they are out to do more than just sell some t-shirts. 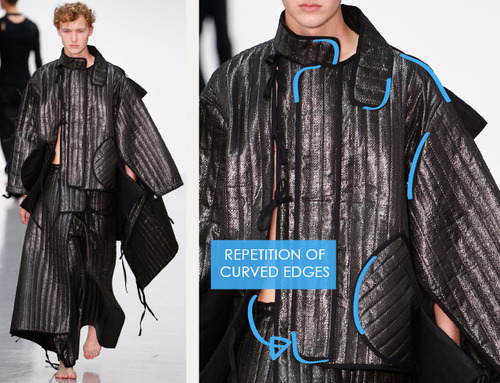 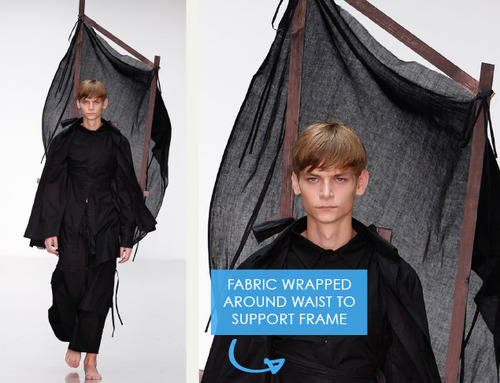 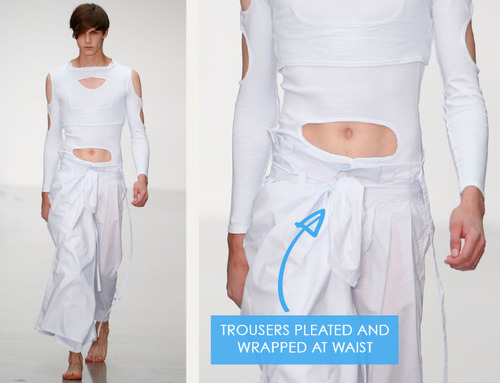 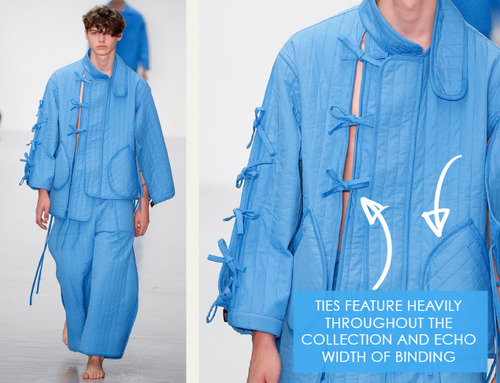 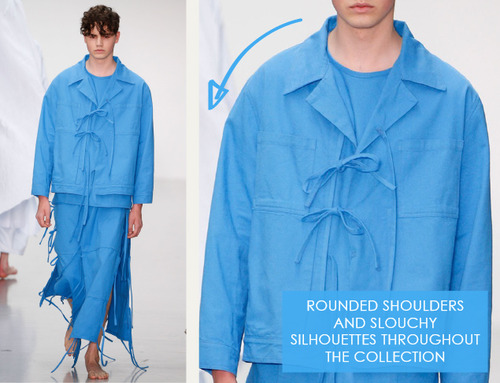 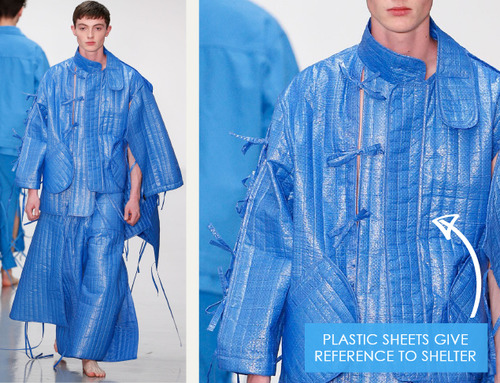 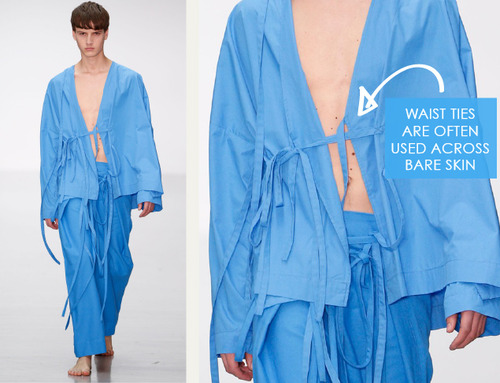 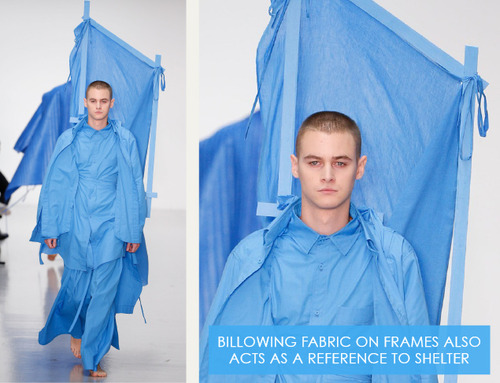 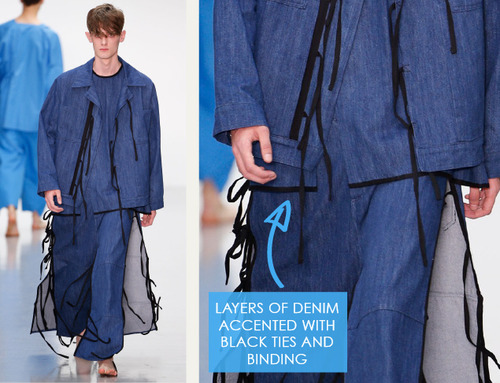 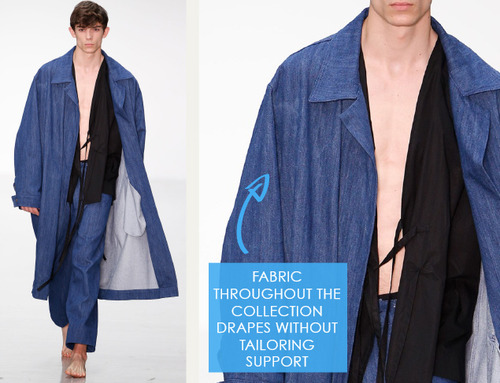 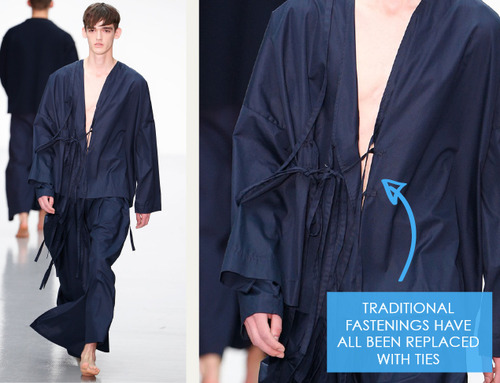 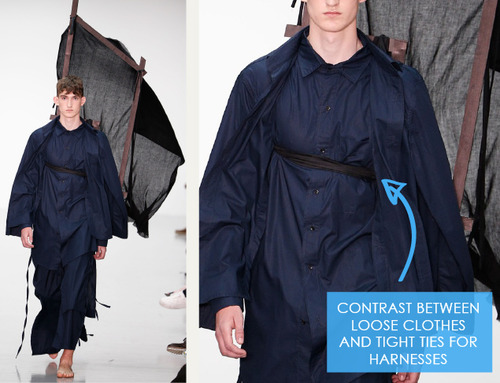