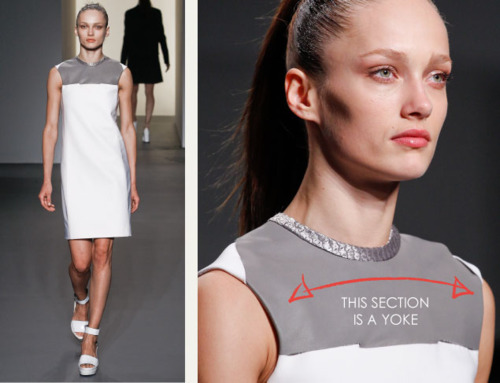 When patterns are fairly simple, it is usually quite straight forward how individual pattern pieces need to be named. For example on a simple t-shirt you basically just have a front, a back and a sleeve pattern. For a jacket you may have front, back, sleeve, pocket pieces, facings, collars and linings. All of which still relate fairly obviously to parts of the garment. But there is one garment area with a more unusual name, and that is what is known as a yoke.

On garments, a yoke is probably most commonly seen on mens shirts, but also appears on some tops, dresses, trousers, skirts and coats. It is effectively the name given to a horizontal panel near the shoulders or waist and is a piece that is often used for shaping, since dart values can sometimes be absorbed into this seam line. The images above and below show where yokes appear on the garments in the Autumn-Winter 2011 shows for Calvin Klein and Cacharel. 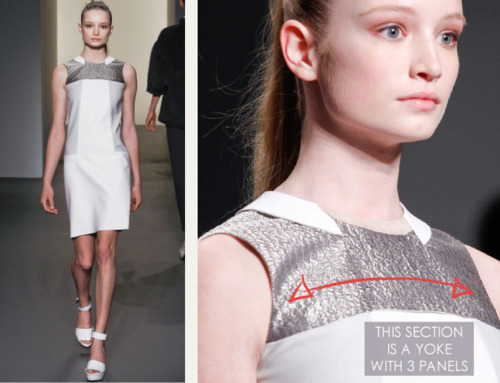 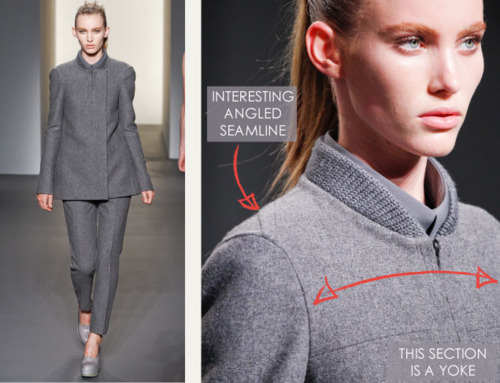 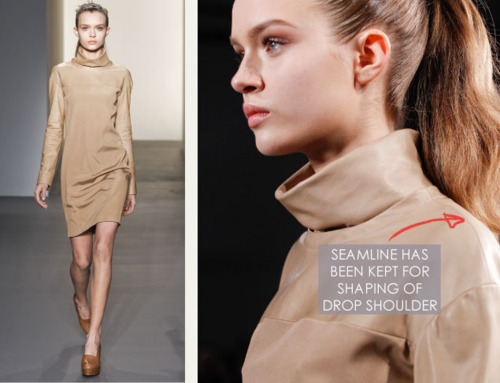 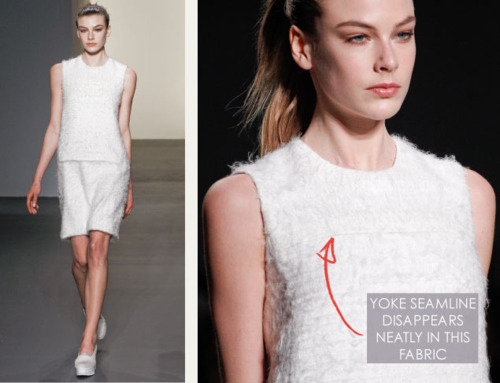 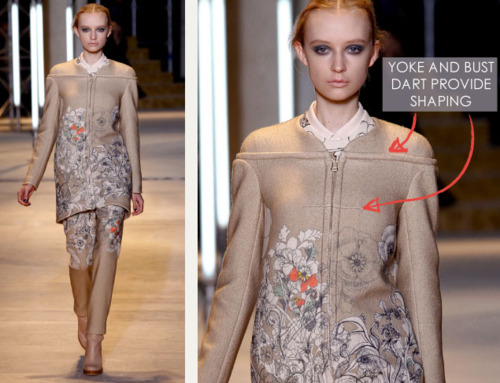 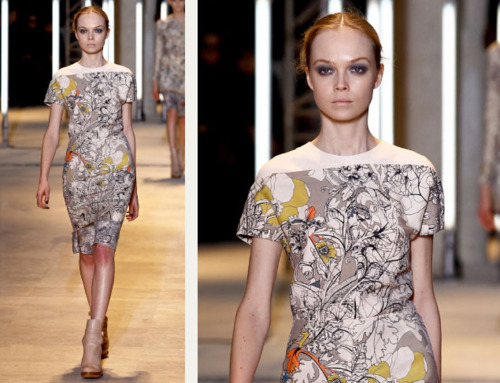 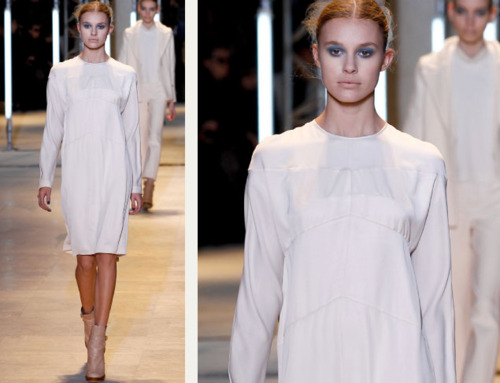 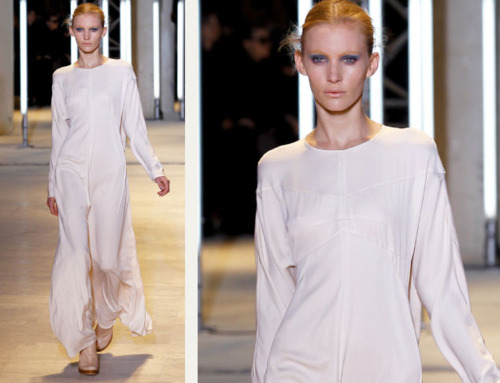 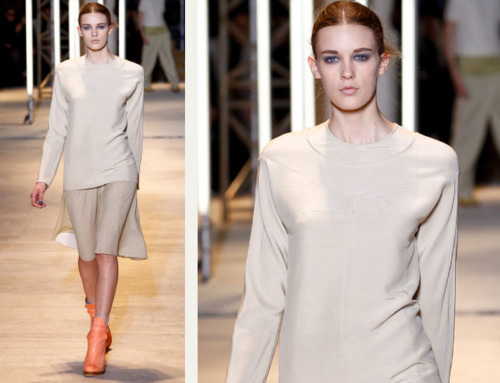 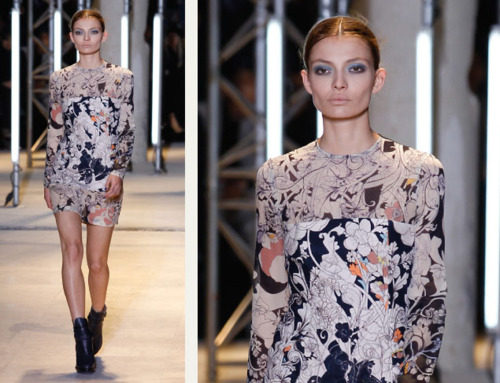 Depending on the shape of shoulder line required, yokes on tops, shirts, dresses or coats can sometimes be cut as one pattern piece so that the front and back pattern pieces are merged along the shoulder line. Other variations will keep the front and back yokes as two separate pieces, especially where there is a drop shoulder as you will need two separate pieces in order to retain the curve of the shoulder line. A variation on this would be to cut the yoke in one piece but with darts in the shoulder to create the necessary curved shaping. Yokes do not have to be straight across the horizontal lines for the front or back pattern, and in some of the variations above you will see that the yokes come to a point, illustrating just a couple of examples of yoke variations.

On trousers and skirts the yoke section is a way for the dart value to be absorbed into a single panel, and this will be covered in a later post, but is similar to the technique used below for folding out the back shoulder dart. Below are some basic examples of pattern manipulations for different basic yoke patterns on a basic women’s bodice block. 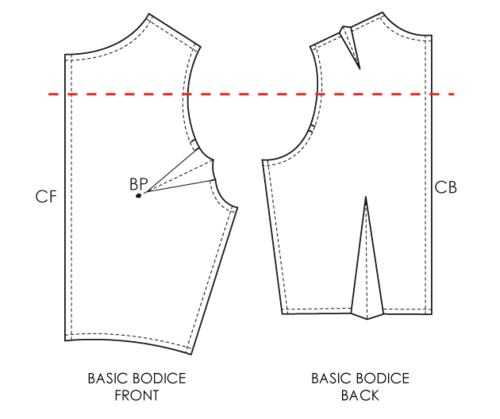 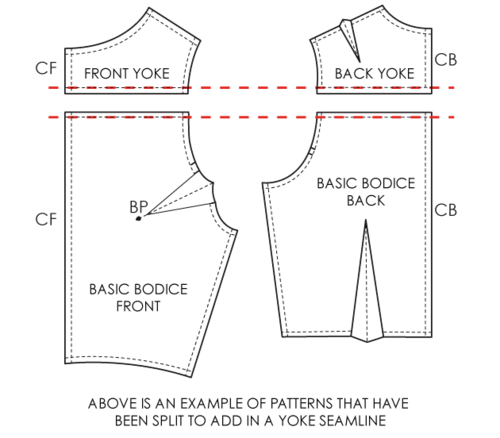 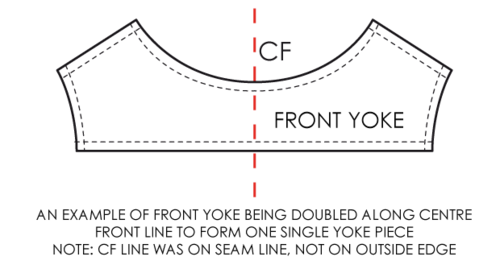 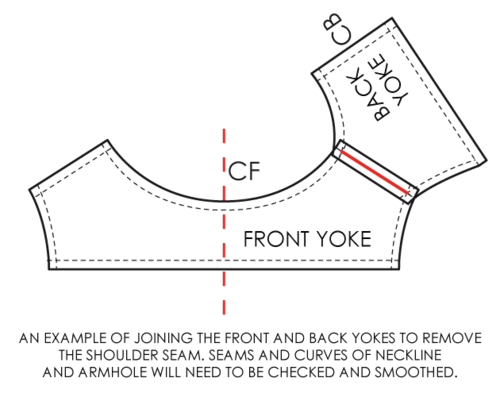