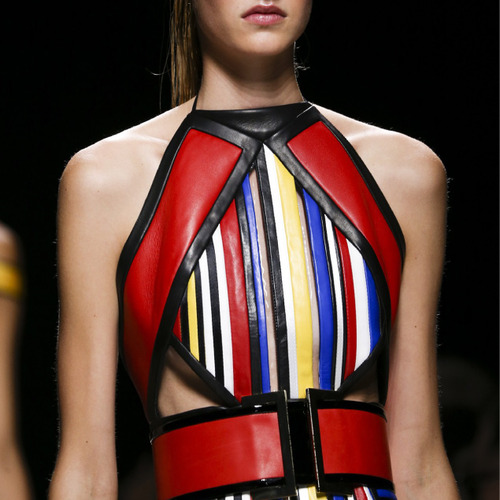 The Spring-Summer 2015 collection at Balmain played with stripes in varying thicknesses. At times bold stripes were used to emphasise square silhouettes or lengthen the line of jackets, while at other times thinner lines were woven in leather or crisscrossed to form grids in knitwear.

Some of the most interesting effects were created where the bold opaque stripes were contrasted with gaps and sheer panels to create graphic peepholes. These sheer sections also often made parts of the garments appear suspended or were used to create different framing effects on parts of the body. In one garment the bold horizontal stripe of an off-the-shoulder top floated across the front of the body without any sheer fabric for support but was supported through the zip panel at the centre back.

The bold stripe of the signature lapel detail of the collection, shown in the image below, was also cleverly simple in terms of construction since the detail appears to be created by bagged out rectangles that have been seamed into the outside edge of the lapel shape. 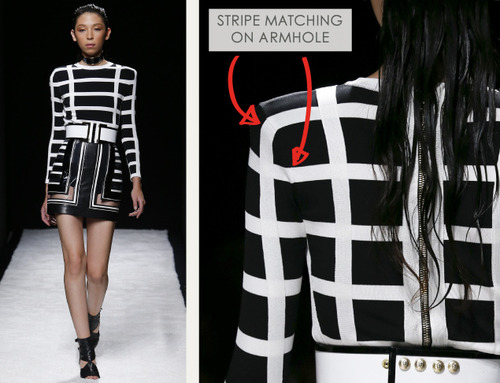 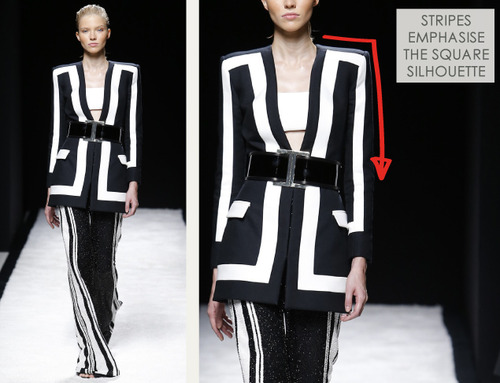 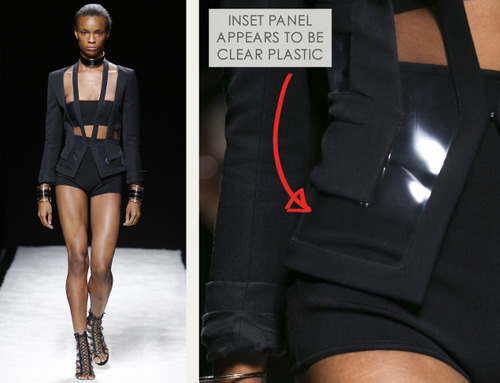 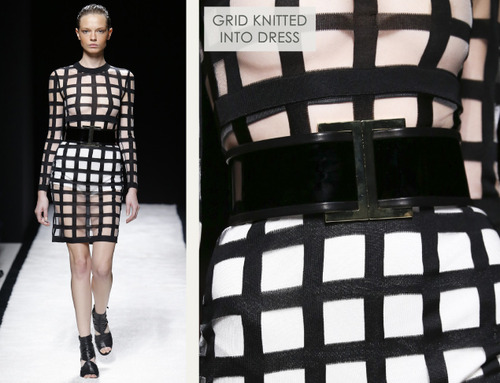 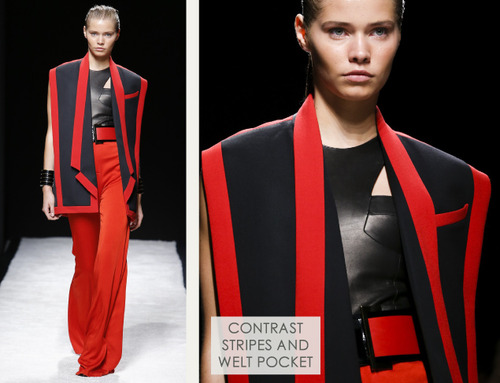 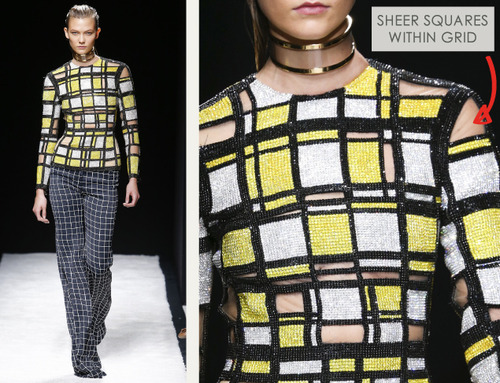 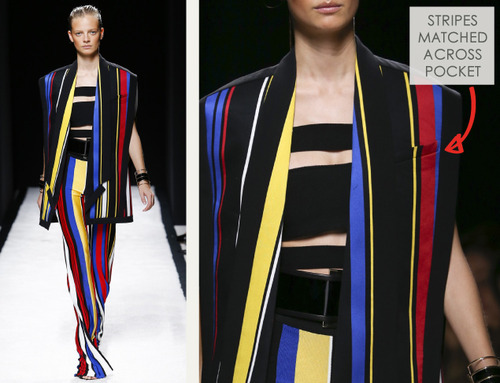 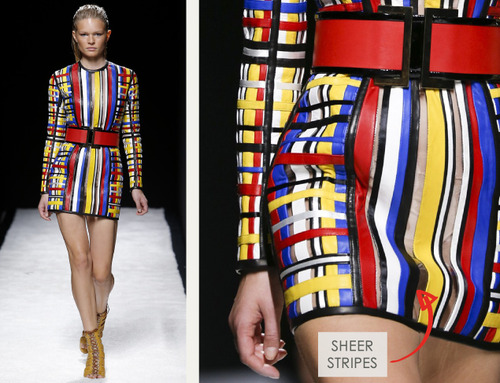 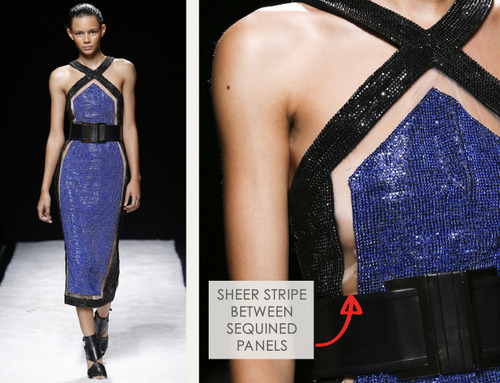 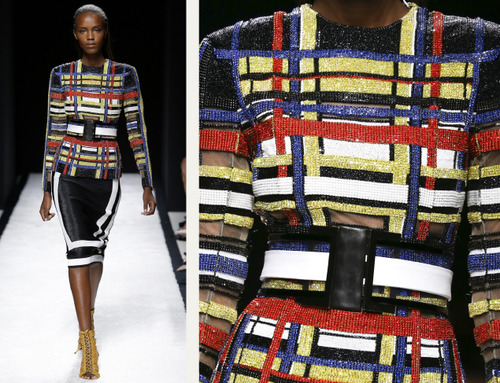 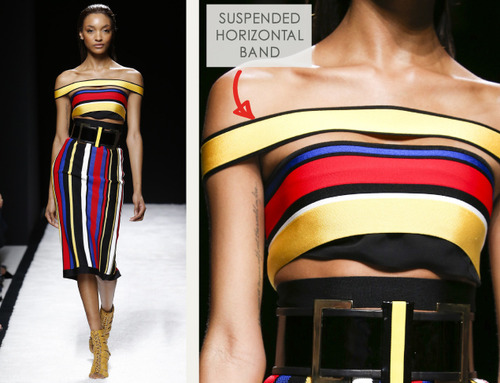 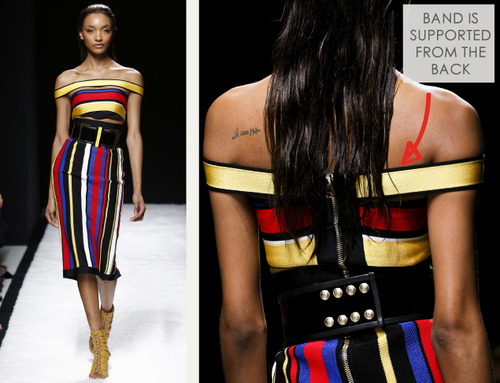 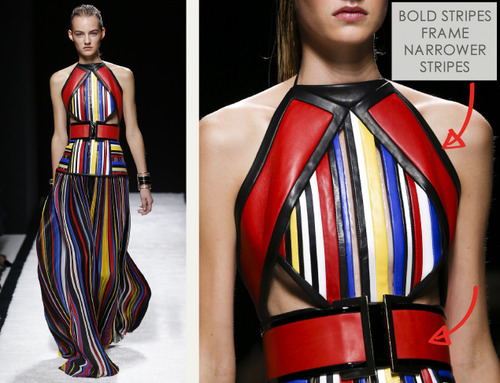 Images from Balmain» and Vogue.co.uk»