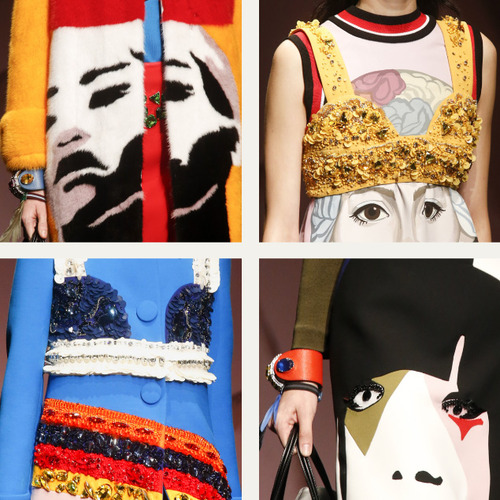 Miuccia Prada is one of the few designers who can make sequins read like a feminist statement and make beading and bra cups feel robust and gutsy. The Spring-Summer 2014 collection at Prada felt like Miuccia was reclaiming some of the garments and embellishments normally segregated to women’s clothing (such as bra cups and beading), and reframing them as “feminine” in the strongest sense of the word, instead of “feminine” in the most delicate sense of the word.

The first viewing of the collection reveals a striking use of vivid colour, with graffiti style graphics enhanced with encrusted panels of beads and giant sequins. The colours were often used in rainbow stripes and in graphics that showed a variety of female faces illustrated in a range of styles with some faces appearing in soft pastels, while others were rendered in panels of lush fur like spray painted stencils.

On a second viewing of the collection the use of panelling in the garments becomes more evident and highlights the clever pattern cutting hidden underneath all of the embellishment. Traditional strapless dress silhouettes and bust cups are spliced into new panels, while some dresses are panelled to the curves of the body by absorbing dart value into sweeping panels that also form part of the graphics used to create faces and rainbows.

Another important element to note is the use of a dark olive green that underpins many of the garments. The use of this colour gives a depth to the other brighter colours and also brings in a slight military reference that helps to underline the toughness of the Prada woman that is the focus of the show. 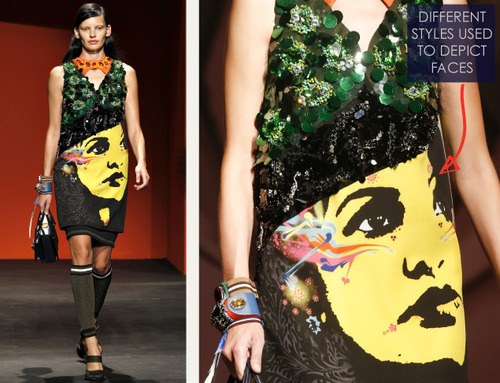 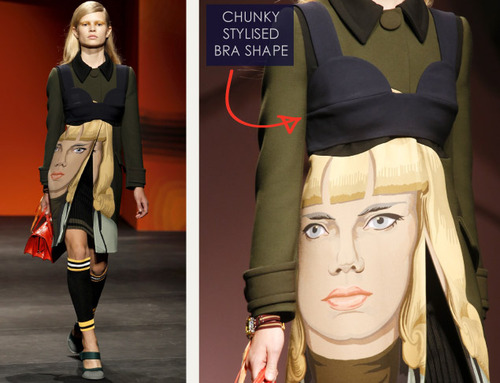 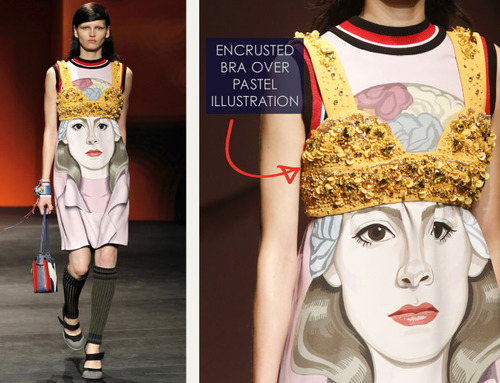 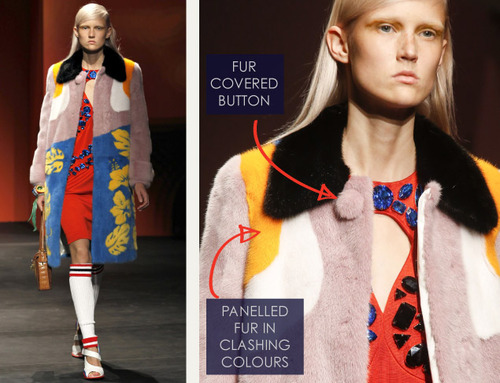 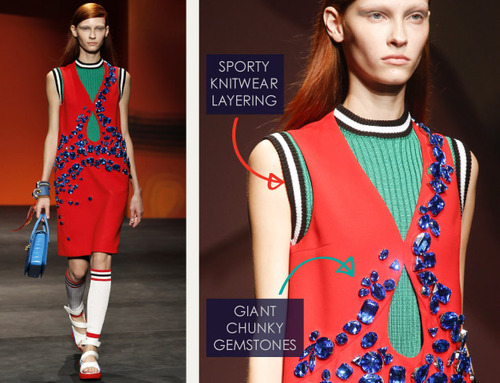 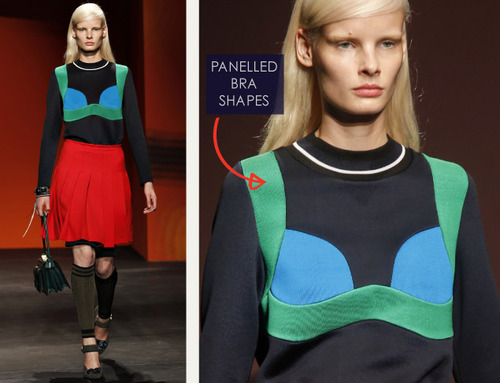 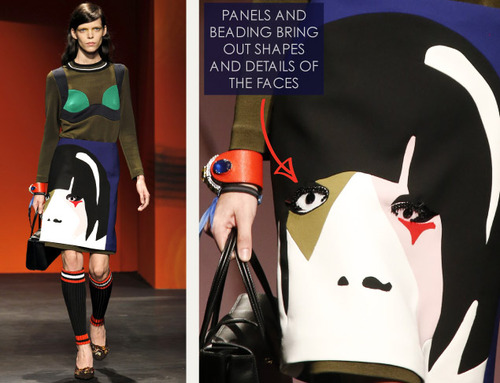 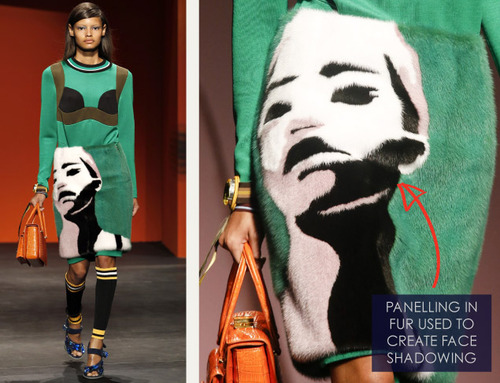 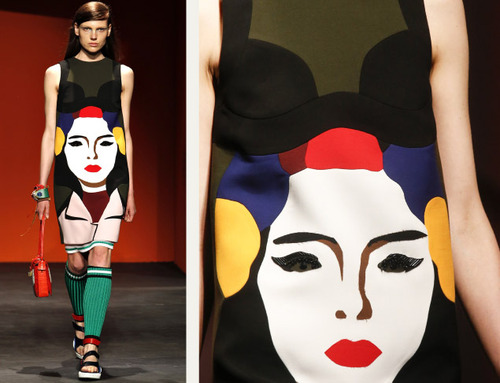 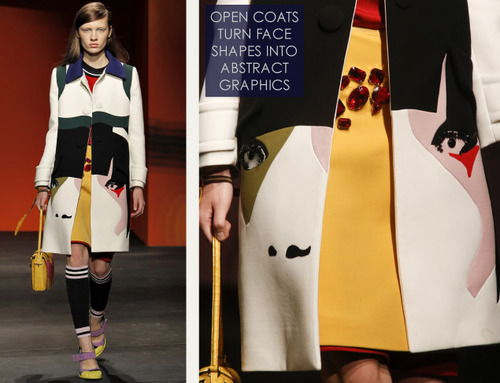 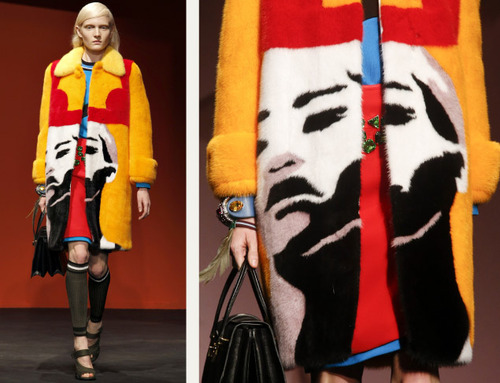 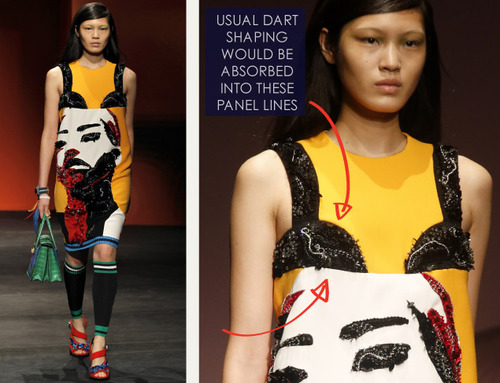 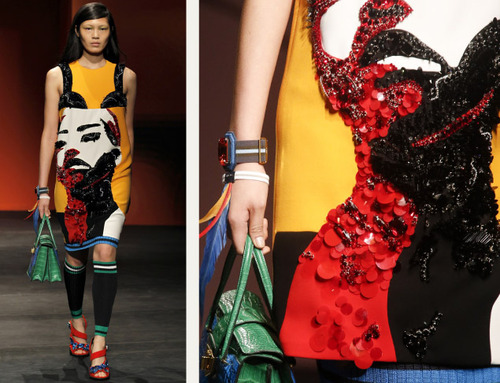 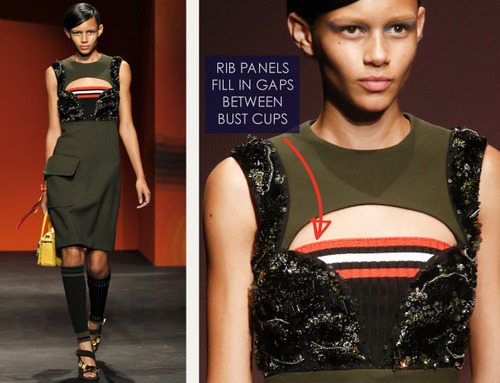 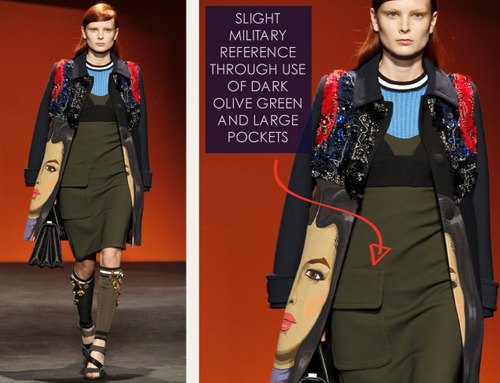 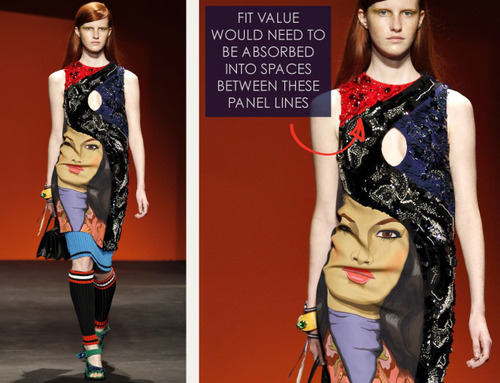 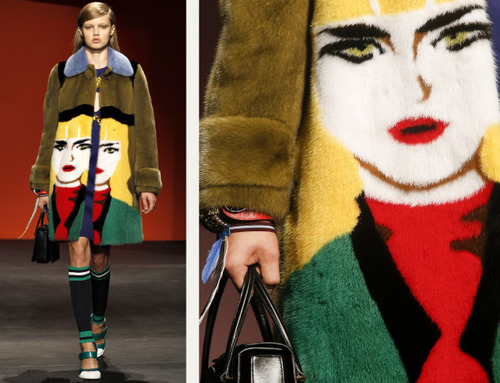 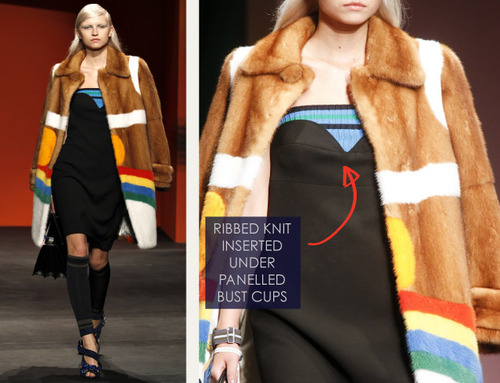 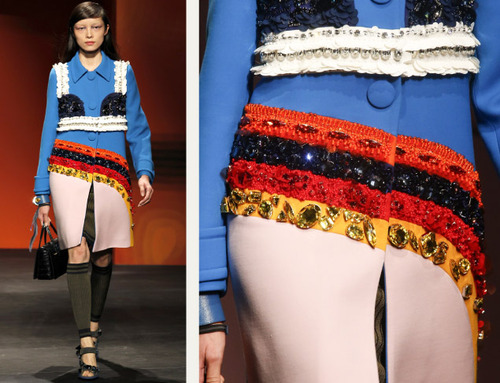 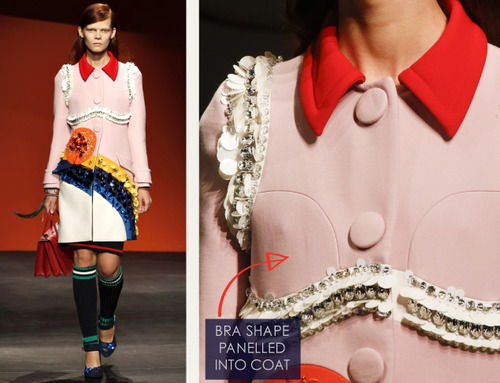 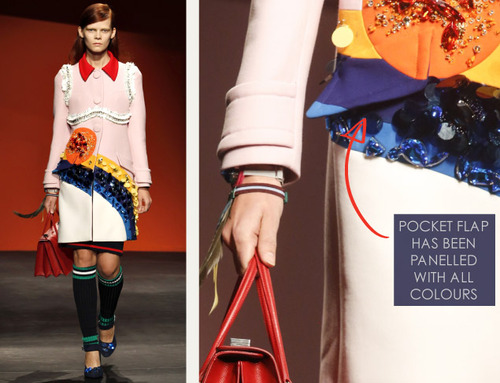