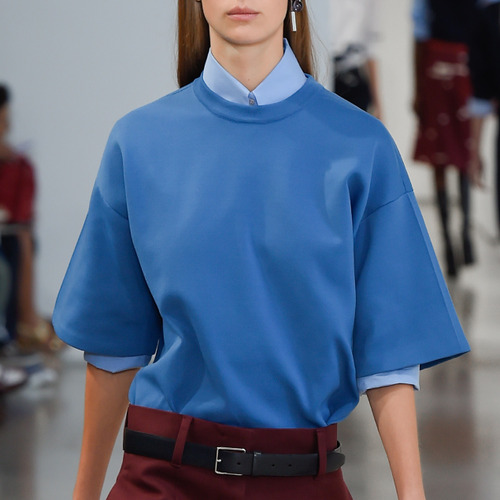 For the Jil Sander Spring-Summer 2015 collection, basic garment shapes such as shorts, shirts, skirts and trousers were layered to create clean, functional looks. As is often the case when designers reinvent the basics, the newness of the collection came in the form of design tweaks to the fabrics and details. In particular, the proportions of the garments were carefully balanced with horizontal lines consistently drawn across the body by rolled shirt cuffs and dropped waistbands.

By playing with the proportions in this way, the wearer often appeared longer in the torso, with no focus given to the natural waist line of the models. Design decisions were often layered to exaggerate this long, lean silhouette. For example, trousers, shorts and skirts were often cut with lower waistbands, which were then finished with long narrow belt loops, allowing the belt to sit very low down on the hips. Sleeve lengths were also carefully considered with the majority of sleeves finishing at elbow level, either by design, or through styling.

As this was Rodolfo Paglialunga’s first catwalk collection as creative director of Jil Sander, it was fitting that he chose Annemarie Schwarzenbach» as his reference point. As a Swiss photographer and writer from the 1930s, Schwarzenbach appears to have had the aesthetic of the quintessential Jil Sander woman, with a personal style which is simultaneously strong and delicate, nonchalant and considered.

In terms of construction, many of the details continued in the minimal style that we have come to expect from Jil Sander collections with the garments finished very cleanly, such as the oversized patch pockets with were attached “blind”, without any topstitching. The dropped waist silhouettes also gave space for different design details in the gap between the position of the natural waist and the lowered garment waistband. This space lead to experiments with drawstrings, twisted belts and occasionally elasticated waistbands that appeared like a reference to boxer shorts. 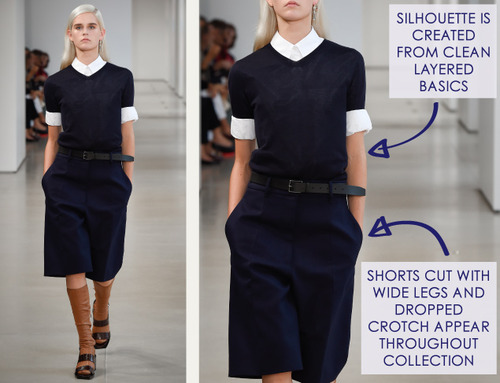 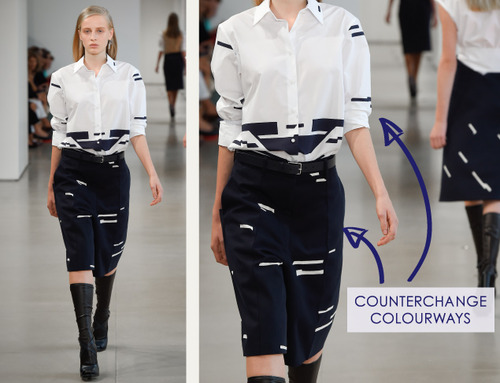 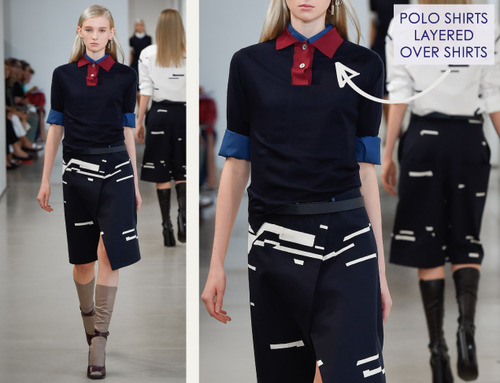 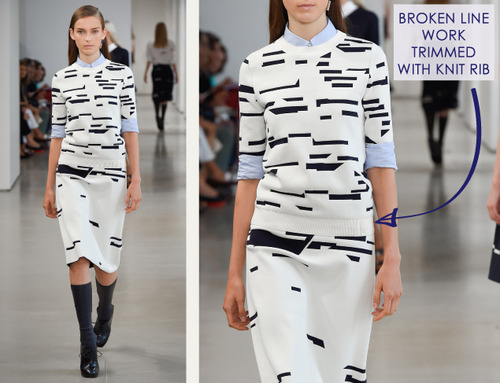 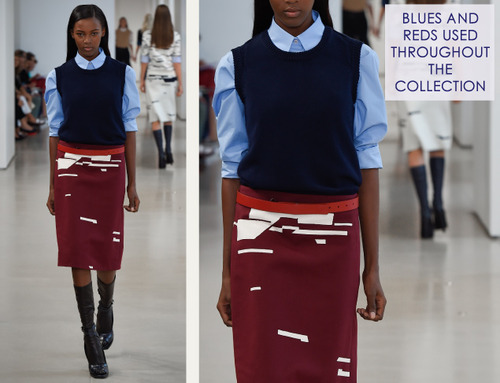 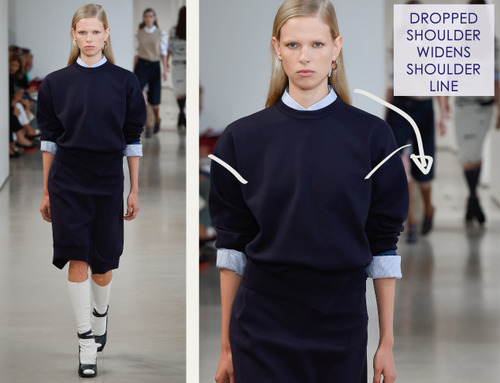 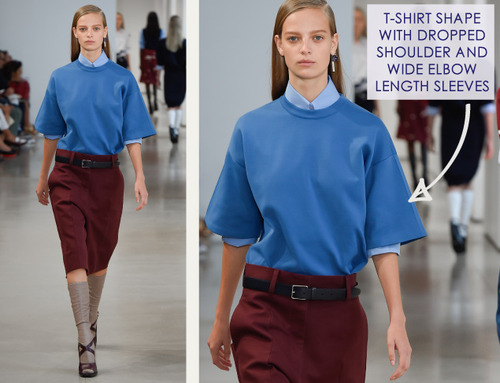 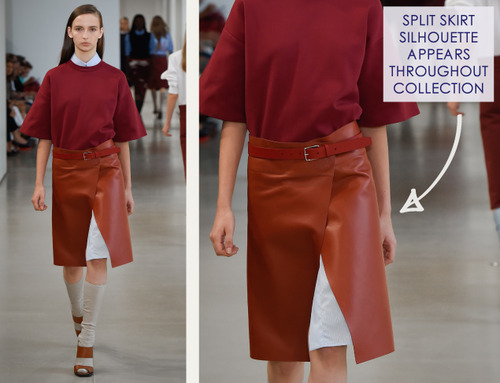 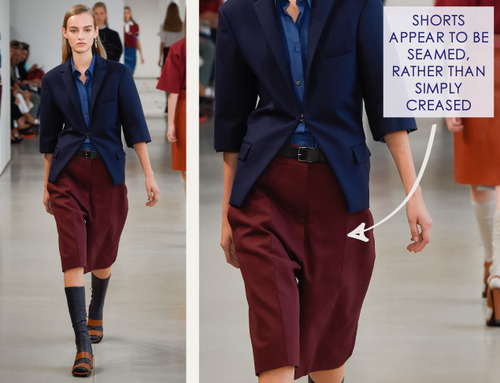 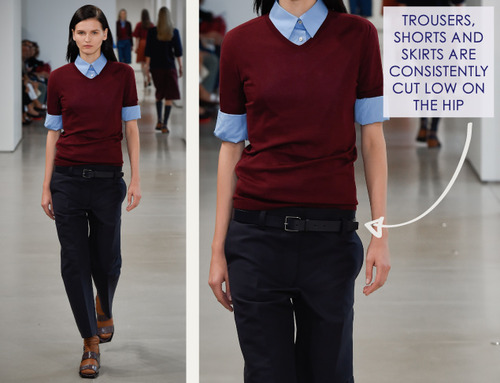 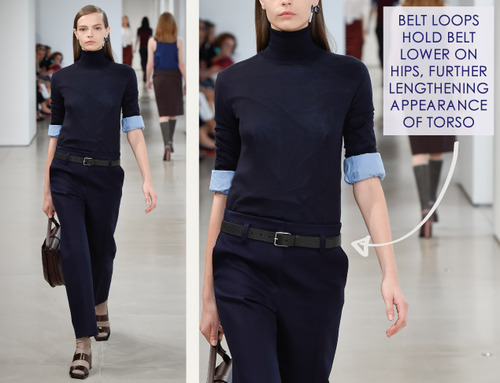 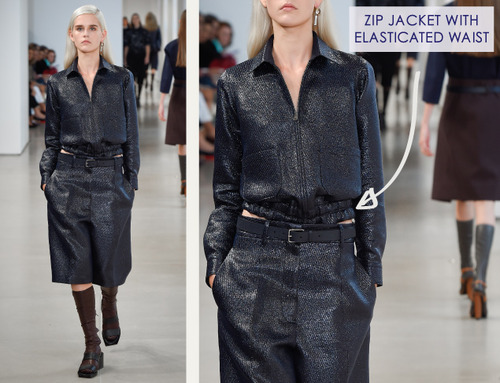 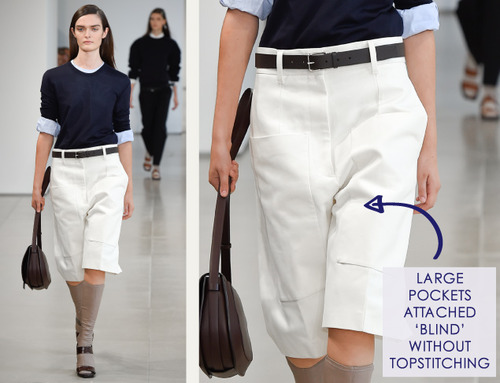 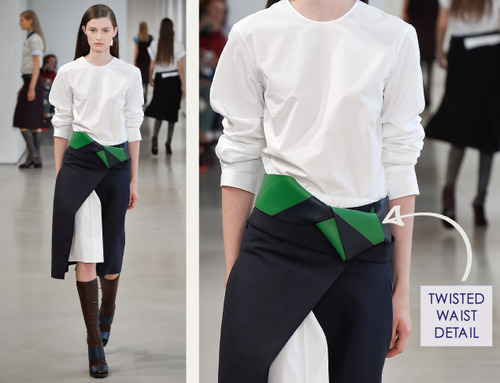 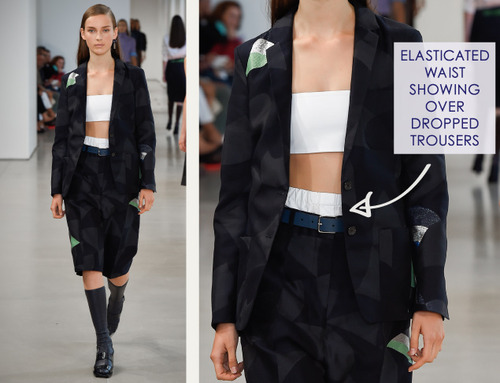 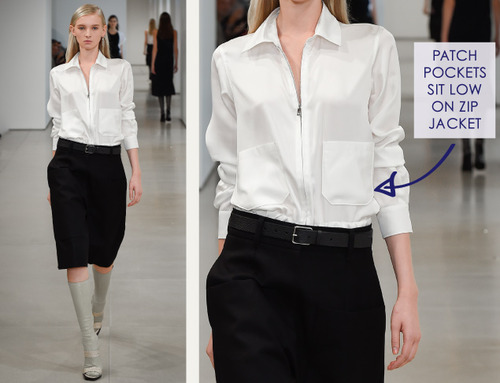 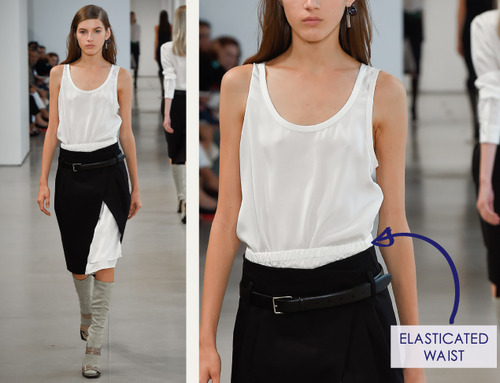 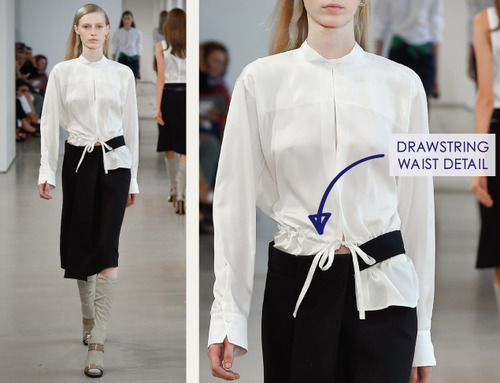