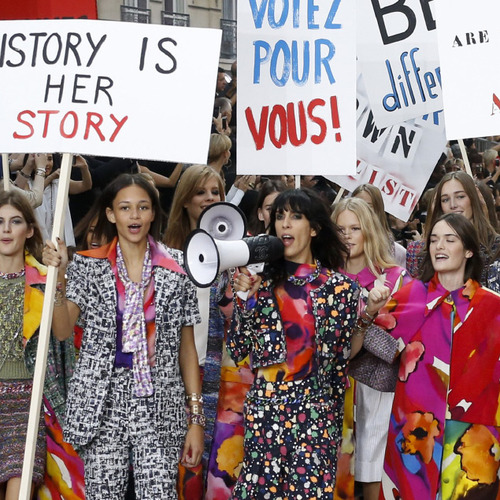 The Chanel Spring-Summer 2015 show set on “Chanel Boulevard” appeared to capture a very Chanel version of the mixture of people who are called onto the street during protest marches. Vibrant colours mingled with classic monochrome in the same way that office suits and tie-dye shirts can end up crossing paths on the streets of a city protest.

The common causes, and timely references, of the Chanel protesters appeared to be freedom and peace with slogans more specifically protesting against war, for feminism or for democracy with accessories emblazoned with “Votez Coco” badges, or bags covered in “Make Fashion Not War”.

References to the unofficial uniforms of alternative subcultures appeared in the form of khaki satchels covered with scrawled black handwriting and DIY-style crochet flowers. Though obviously seeming ironically out of place considering the retail prices of the items, Lagerfeld may be anticipating some more DIY versions of these accessories from those people with enough Chanel spirit to create their own interpretations. Tie-dye fabric washes also appeared throughout the collection as vibrant floral coats or as colourful tweeds, while pastel safari suits seemed a reference to the peace protests of past decades.

The most literal reference to the ‘street’ appeared in the form of couture style embellishment that resembled small paving stones. These small ‘stones’ even appeared to have colourful material sprouting from between the cracks, as though the rainbow colours were beginning to break through the grey. 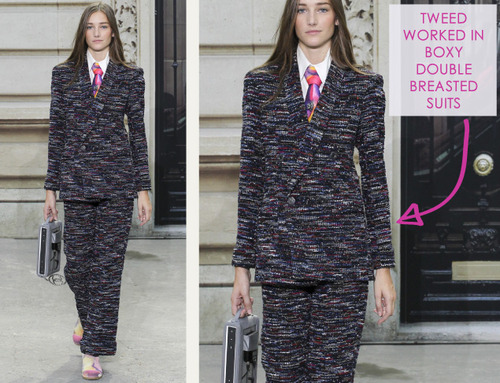 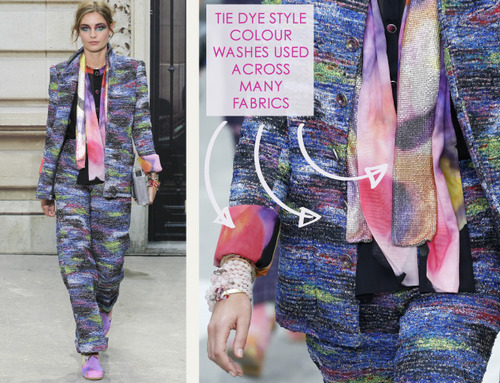 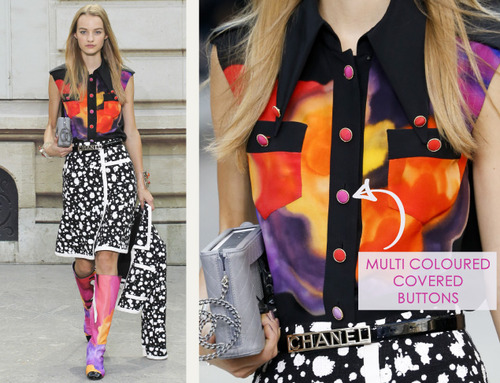 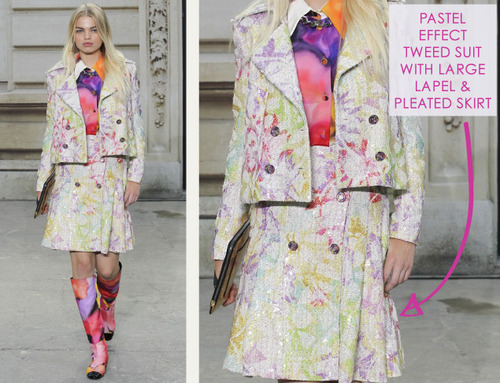 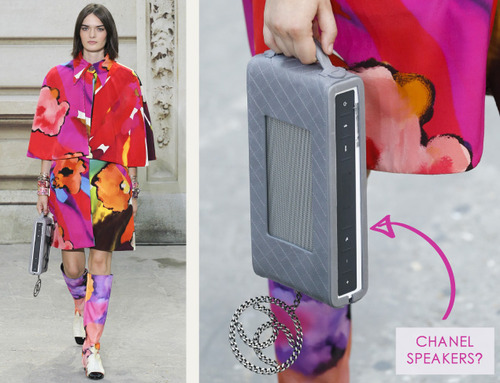 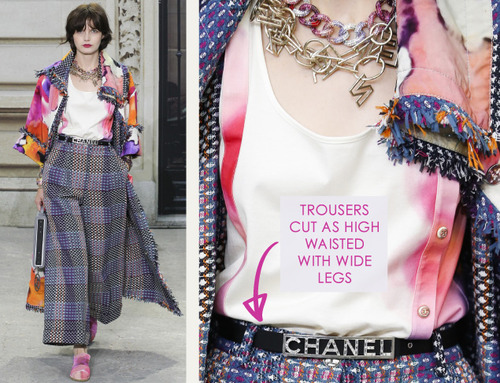 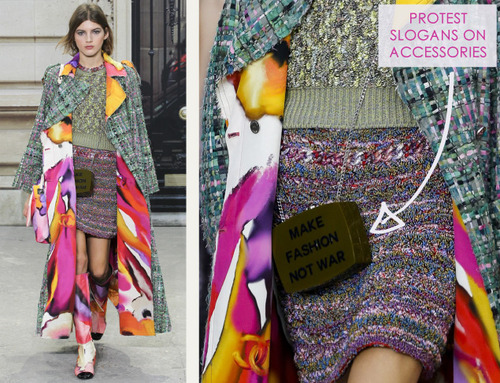 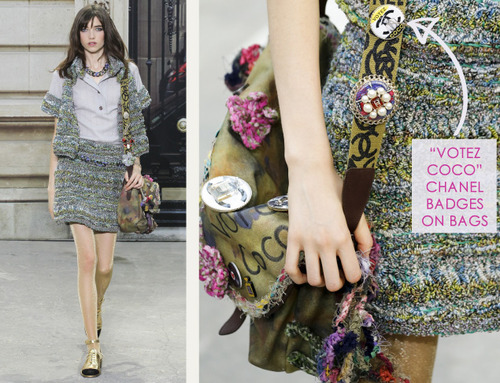 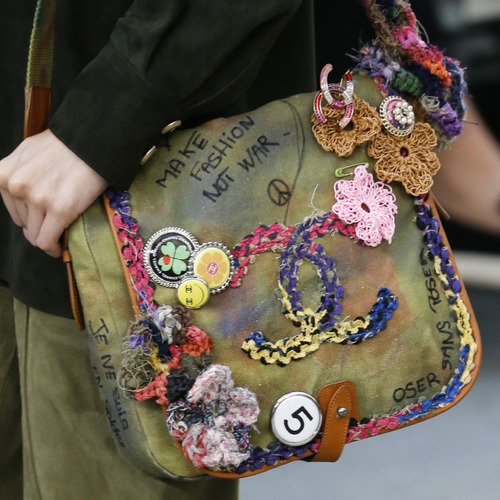 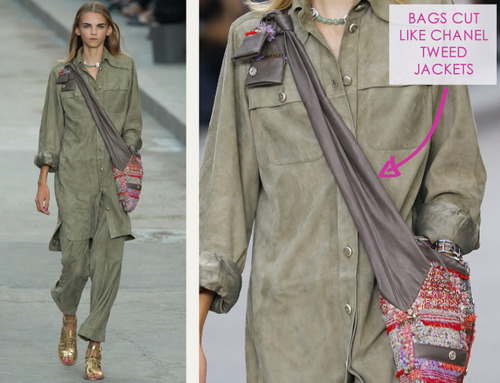 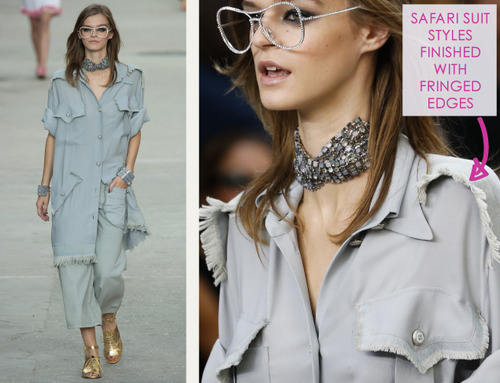 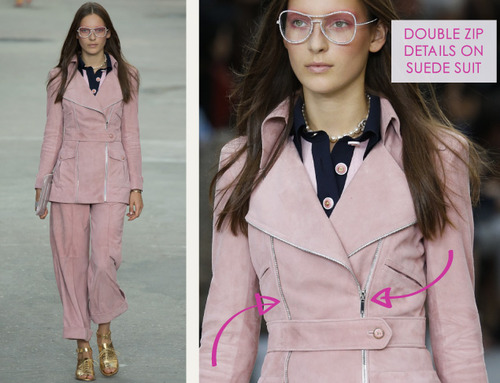 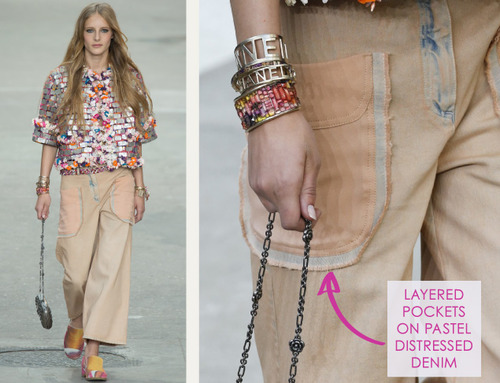 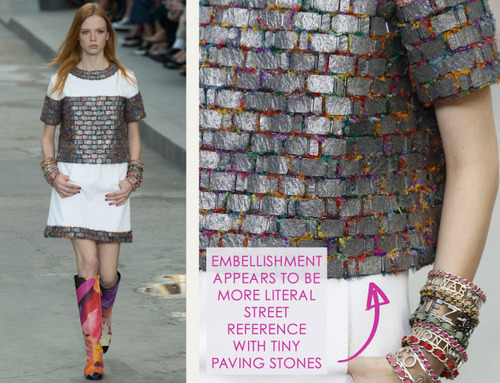 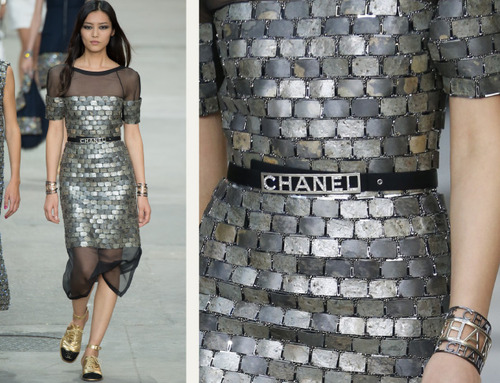 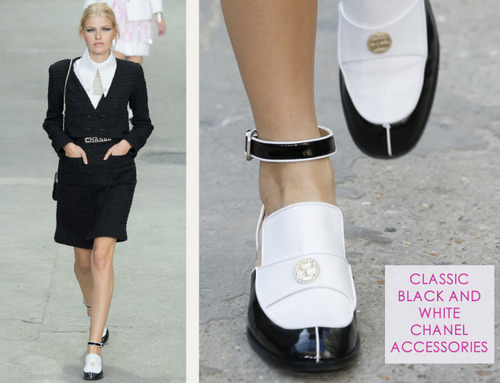 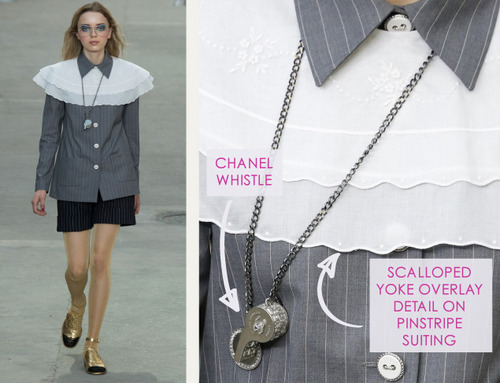 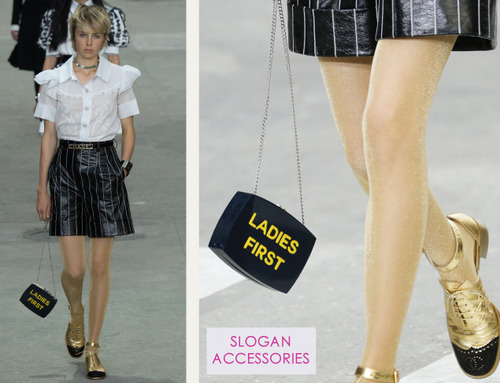 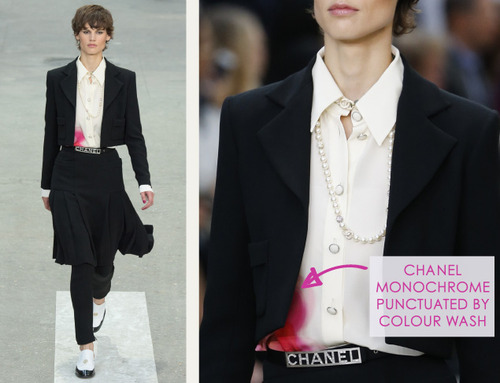 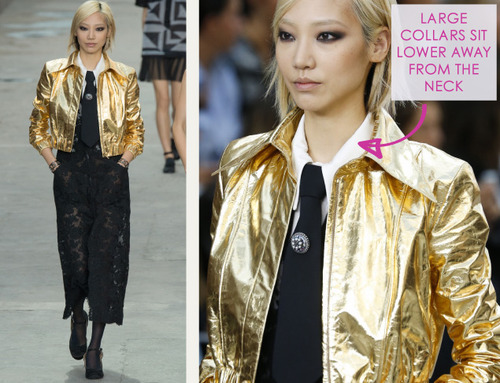 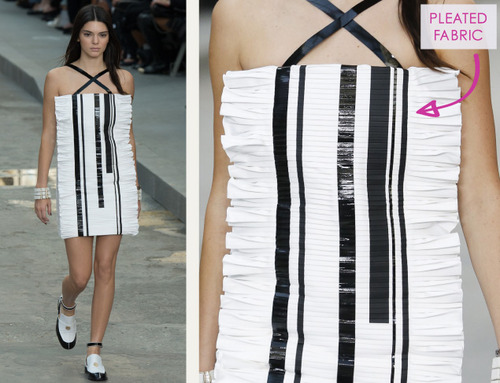 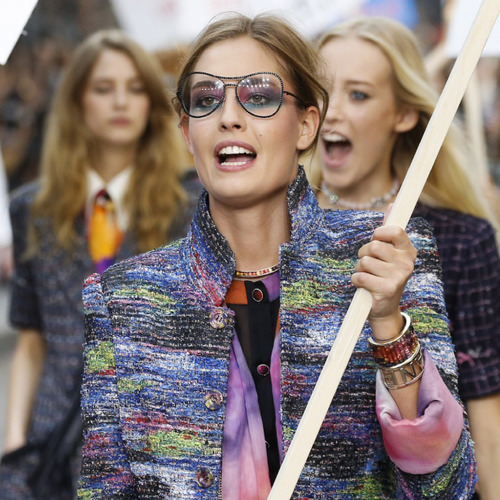 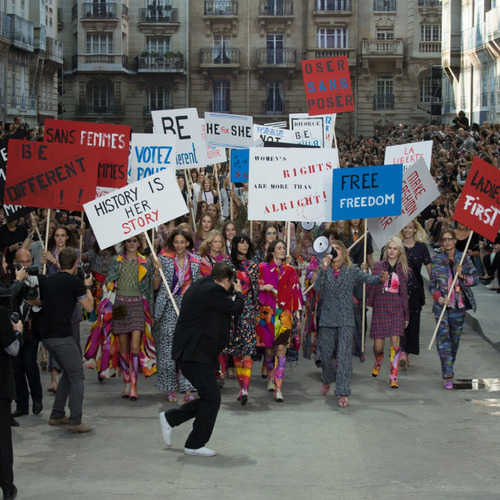