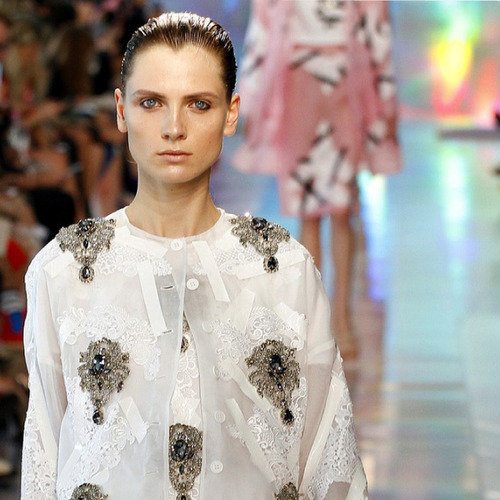 The influence of the Frankenstein narrative emerged in the recent collection by Christopher Kane in a variety of ways. The sheer magnitude of experiments in the Spring-Summer 2013 collection, seemed in itself to suggest that Kane had himself become his own version of Dr. Frankenstein.

There were so many ideas in this single collection and so many experiments exploring ways to manipulate fabric and ways to build up texture across the garments. Elegant, folded tailoring was fastened with chunky plastic nuts and bolts, while dresses that appeared to be made of shirred lolly wrappers were evidence of the childlike references that often appear in Kane’s designs.

Bows also became a major theme of the collection, at times growing from the folded garments into square fabric bows, and at other times the bows appeared as prints on opaque and sheer fabrics. The plastic from the bolts was also echoed in small curly, plastic bows that were piled row on row onto dresses and jackets to create a spiky lace-like effect.

The folded tailoring and grid-like permanent pleating proved to be important features of the collection as they served to add cleaner lines to break the curlier lines of rose quilted biker jackets, lace-like neckpieces and endless permutations of the bow motif. The “tape” that was used had the same cleansing effect as the pleating and folds, adding an intentional graphic hardline to lace appliqués that would otherwise have been too sparse and haphazard. 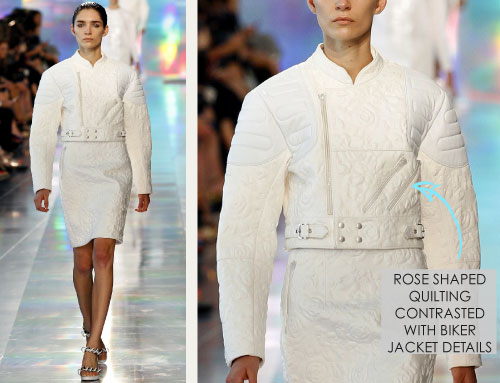 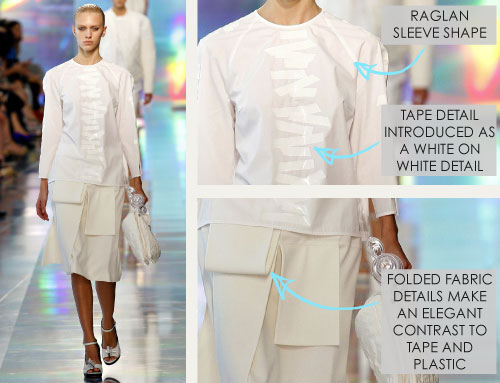 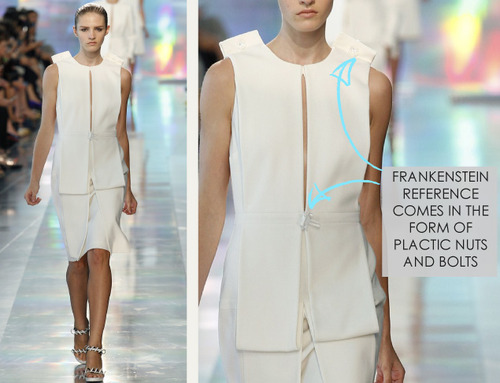 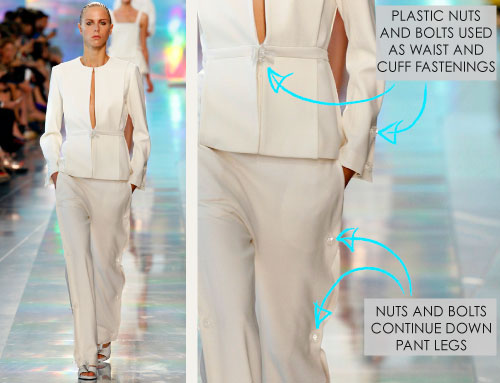 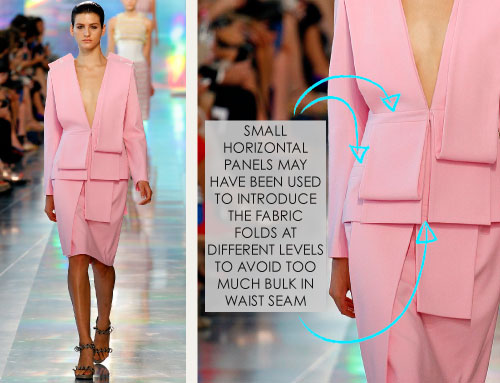 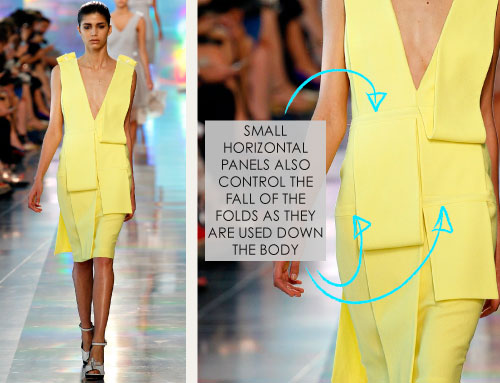 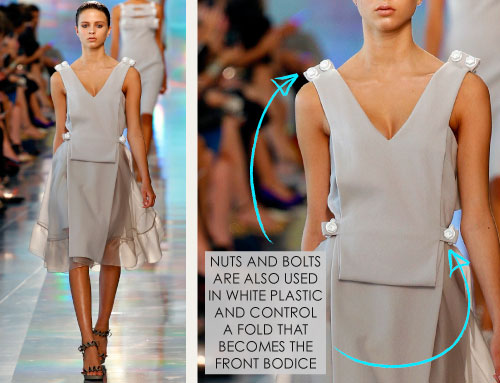 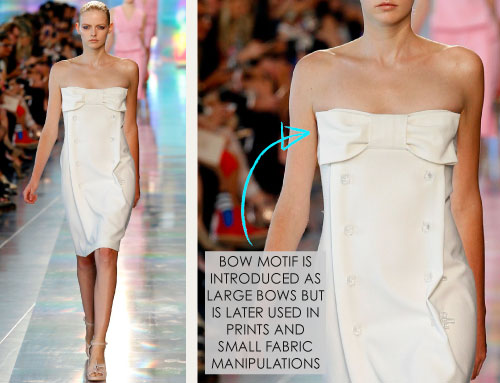 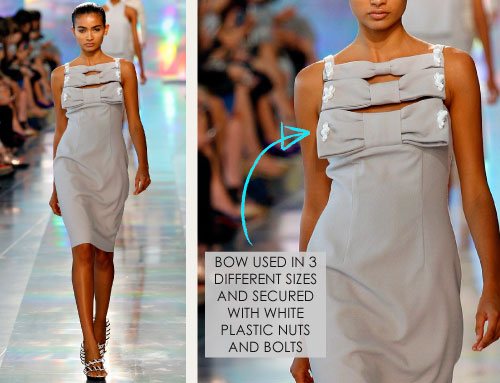 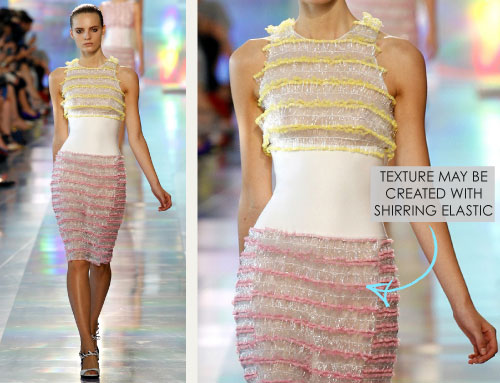 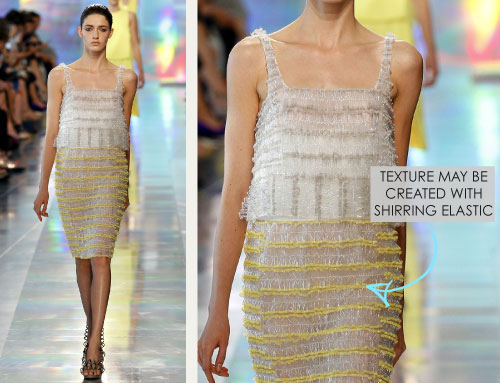 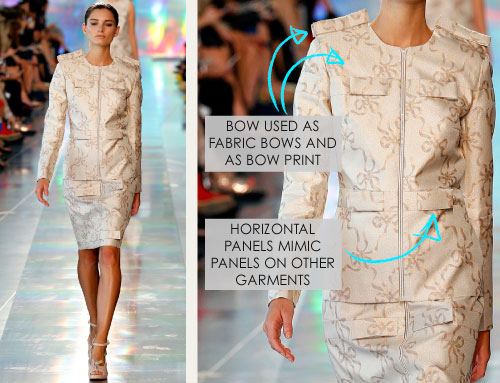 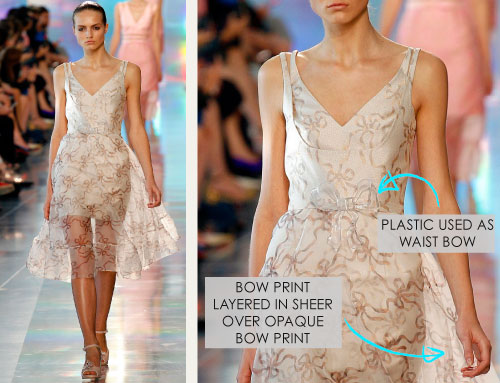 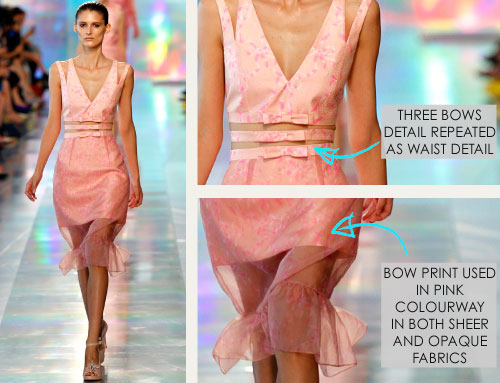 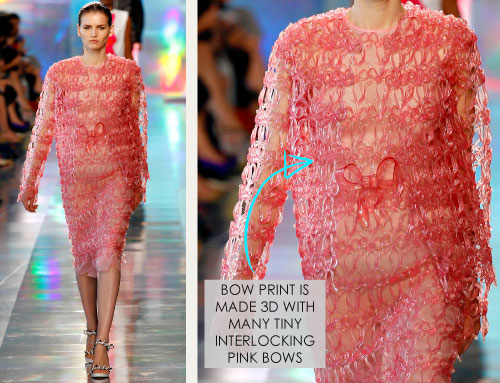 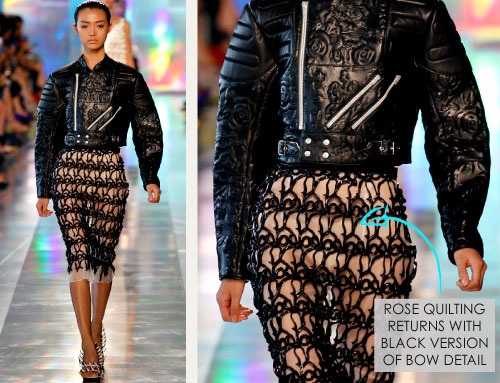 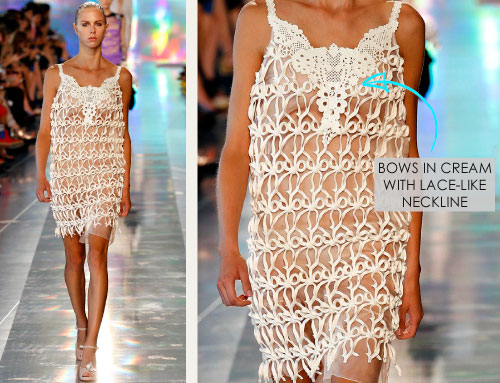 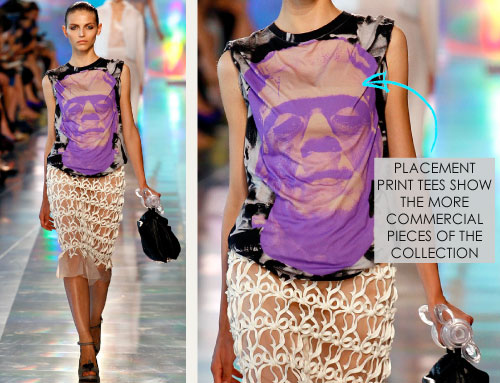 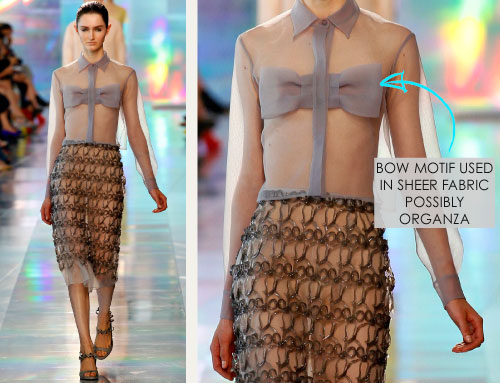 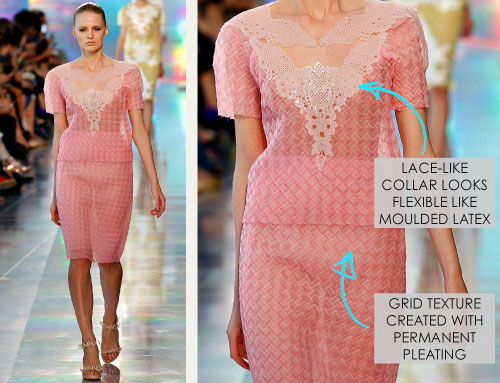 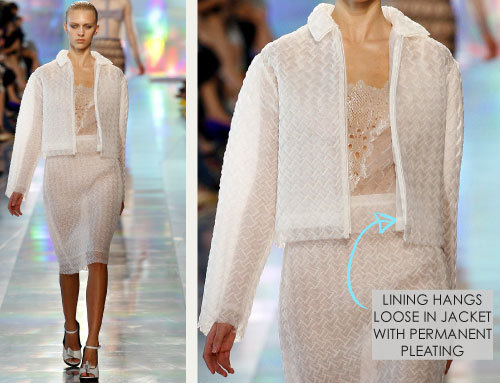 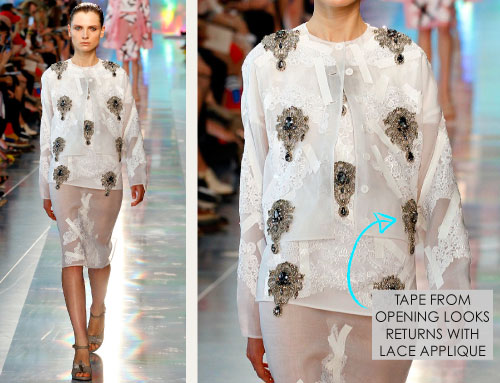 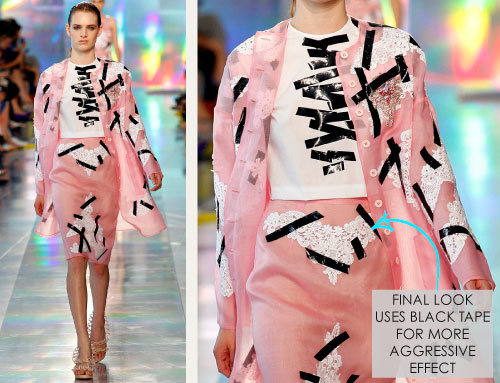