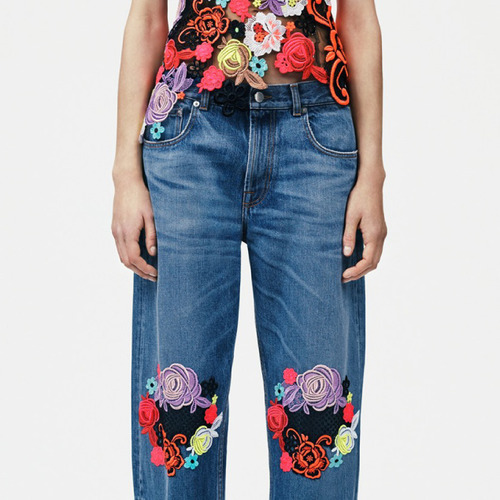 There is never a shortage of ideas at play in a Christopher Kane collection. In fact, the Autumn-Winter 2014 collection could have been split into about 9 different mini collections. For the recent Christopher Kane pre-collection the garments showed experiments with sheer and printed fabrics, clever pattern cutting details and a reappearance of some signature neon and lace as well.

Leopard print fabrics were cut out to take advantage of a two-tone stripe that ran through the middle of the print. This coloured stripe appeared through the centre of matching separates as well as on some of the bags.

Sheer fabrics were also used in what appeared to be organza and georgette, depending on the application. These sheers were often used in bright or neon colours layered over a black base, as was the case in the double layer raglan sleeves, and the crisply sewn patch pockets.

In terms of trims, a daisy motif appeared throughout the collection in the form of buttons, earrings and they were sometimes used as a focal point on the centre of dresses and tailoring pieces. Other pieces in the collection were defined by a padded trim that created a border around simple dresses and punctuated the neckline and cuffs on more printed garments.

The end section of the collection was dedicated to embroidery that was chunky and generous in that it was vibrantly coloured and used in a large scale that grew over the edges of denim cutouts and short dresses. At times the embroidery was layered over sheer black to create a complete fabric, but was at its most fun when used as embroidered knee patches. 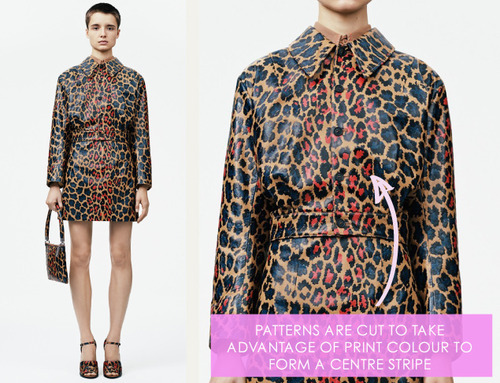 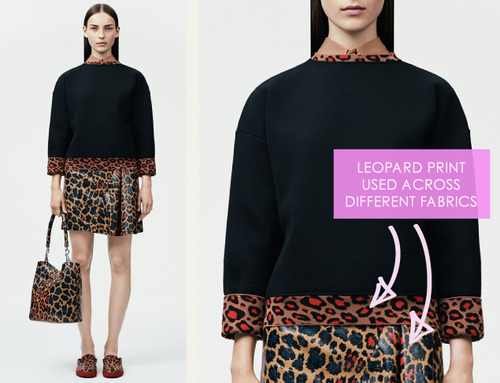 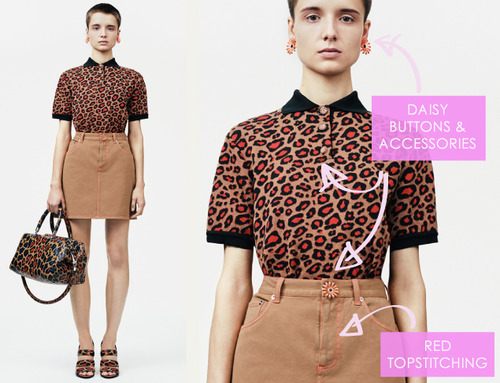 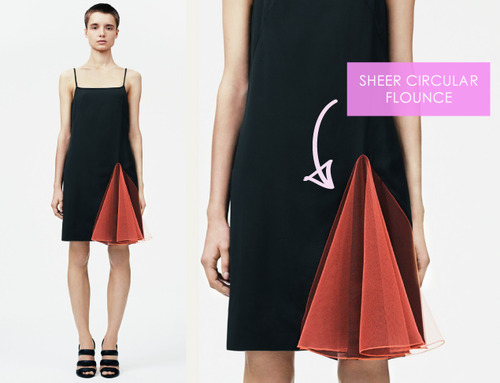 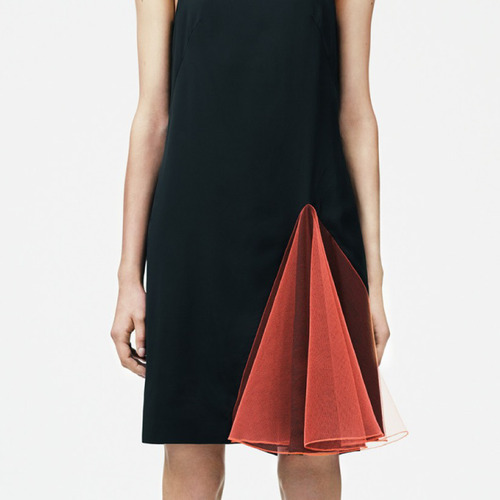 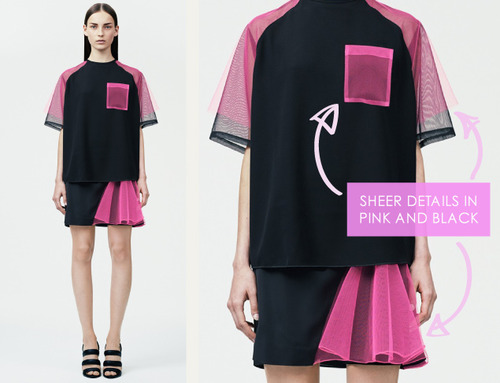 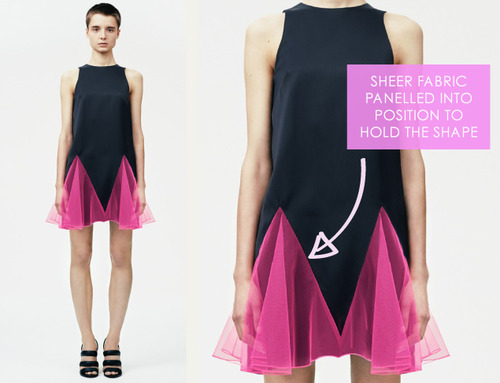 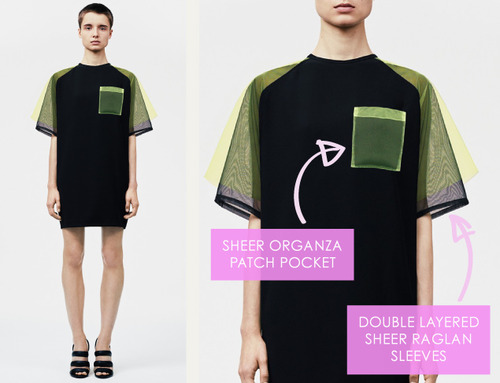 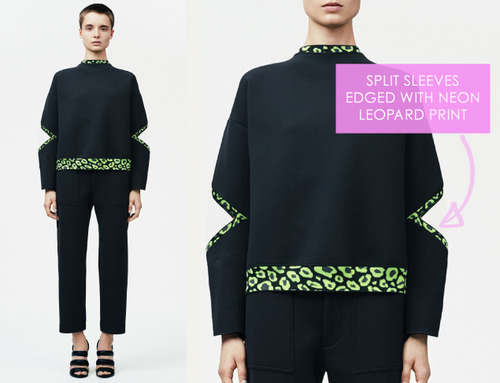 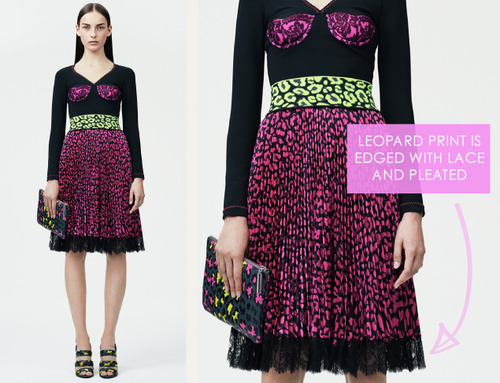 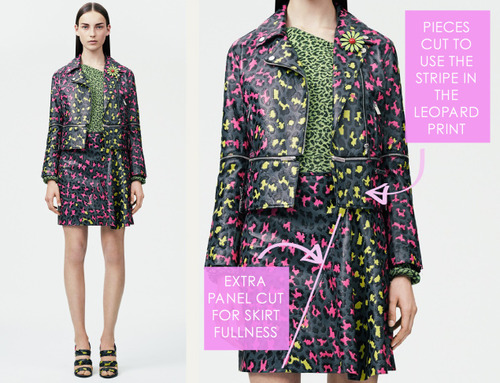 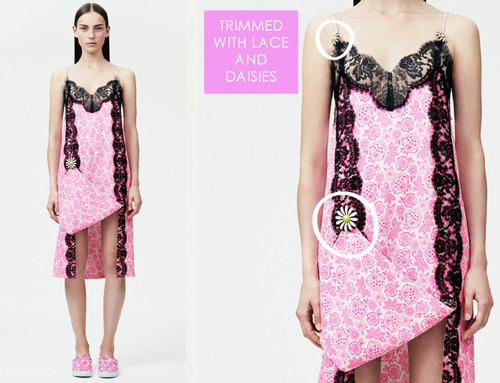 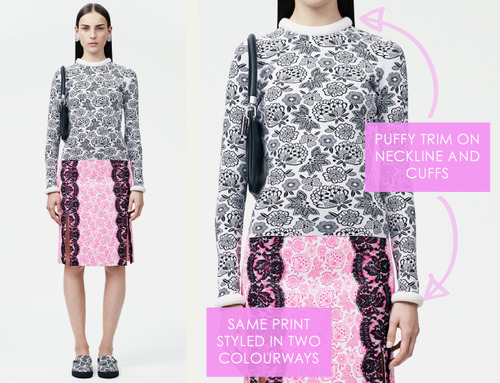 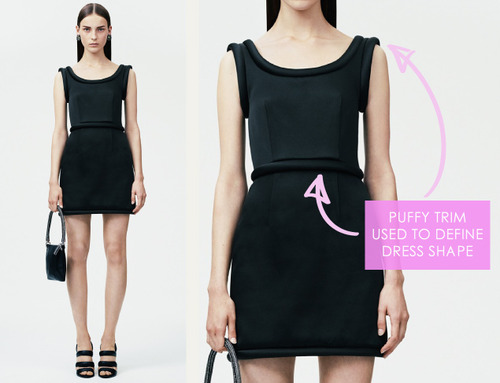 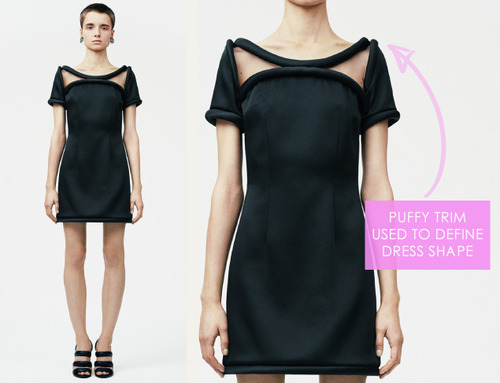 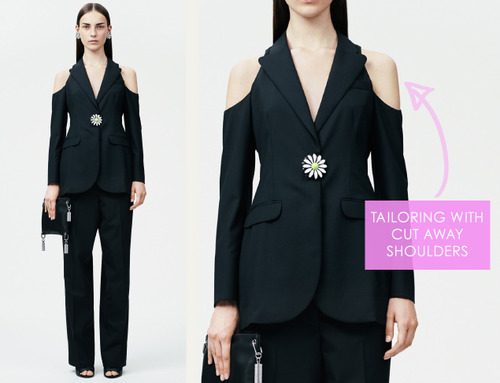 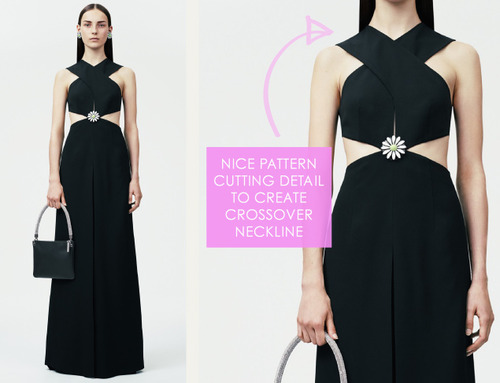 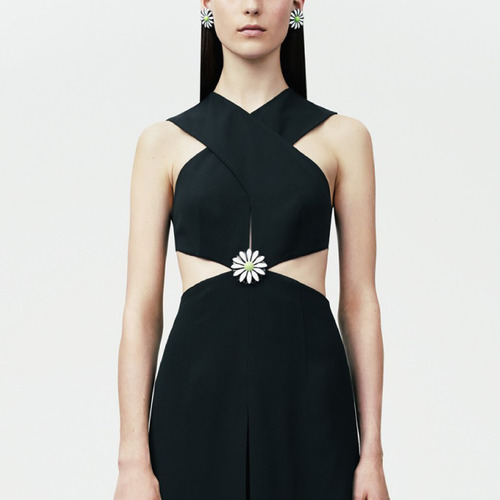 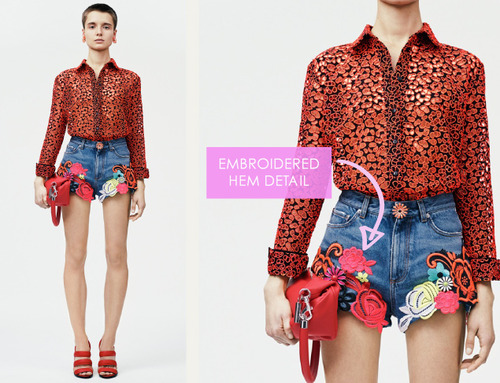 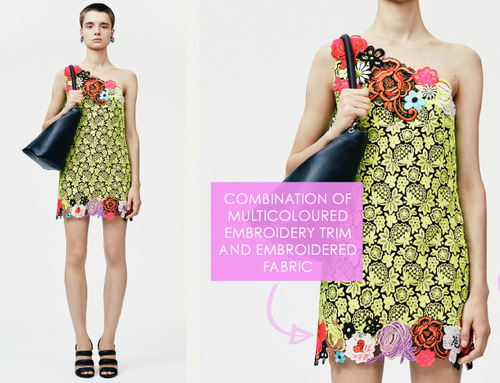 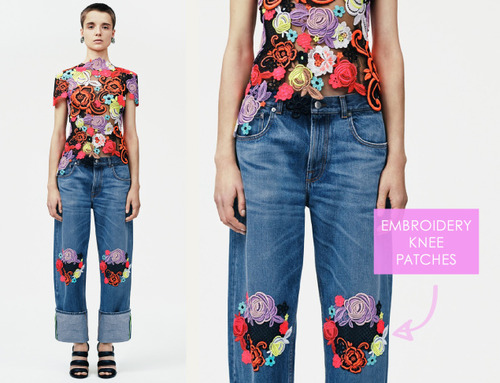 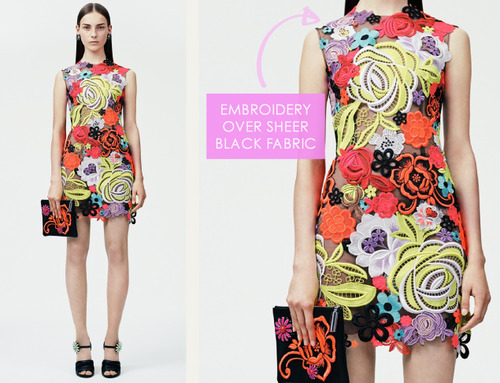