With tweeds, stripes, animal skins and pseudo animal prints, the Autumn-Winter 2015 collection at Miu Miu was filled with clashing fabric patterns. It is through a closer look at the details that you can begin to see where the clash is intentional and where potentially messy details have been refined to avoid distracting elements.

For example, the shirt collars in the collection are often cut so that rather than meeting at centre front on the neckline, they give the face a little bit of breathing room with a small gap. This gap also creates some space for the extra large buttons that punctuate the collection. It appears that the size of this gap is not arbitrary but has been carefully created as part of the overall pattern shape so that the grain of the collars will work with the striped fabrics in the collection.

If the fabrics used for the shirt collars were not patterned then this would not be so crucial, but as it has been designed in this collection the collar pattern grain works to shape the collars so that the fabric stripes always fall horizontally or vertically as the stripes reach the collar points. If this was not considered, the stripes may have fallen at different angles.

Careful consideration has also been given to small details such as the bound buttonholes used on the coats in the collection. On one coat the welts of the buttonholes have been cut so that the fabric pattern used for the welt will match the pattern of the surrounding fabric. 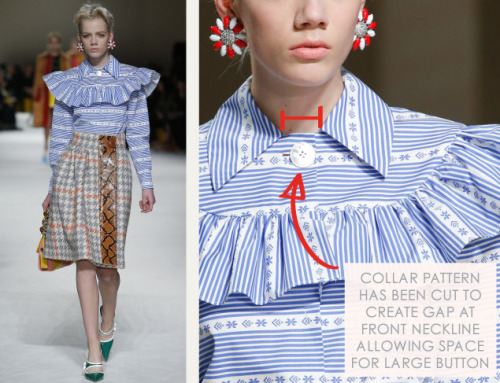 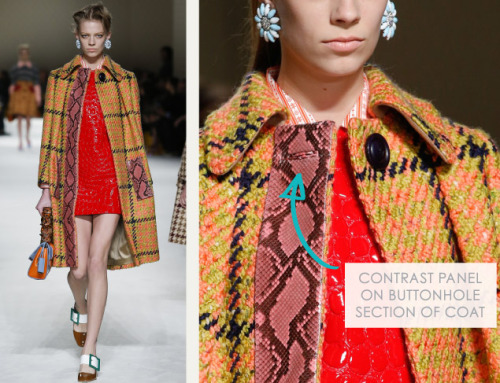 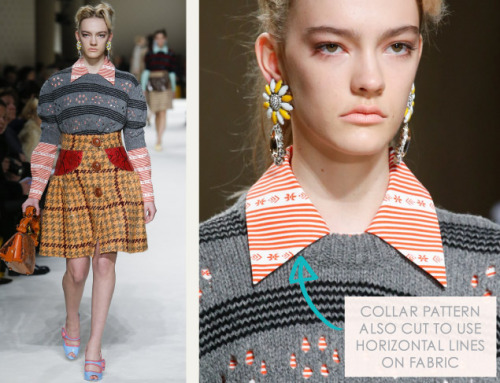 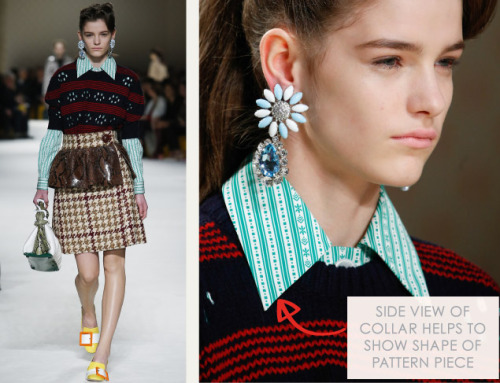 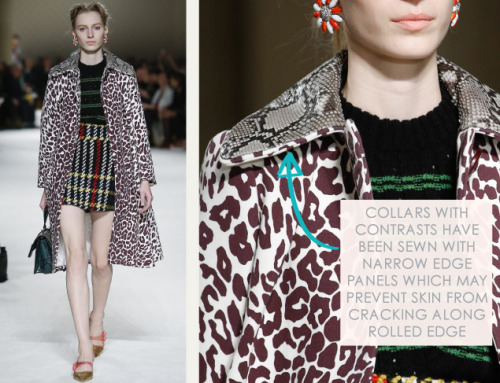 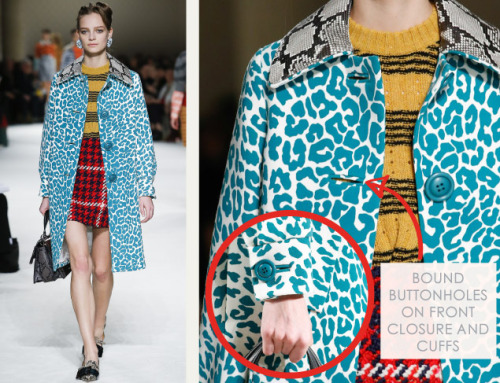 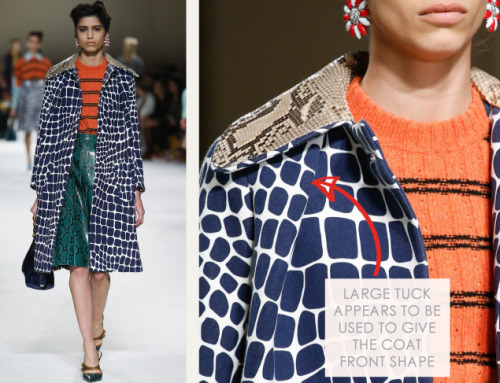 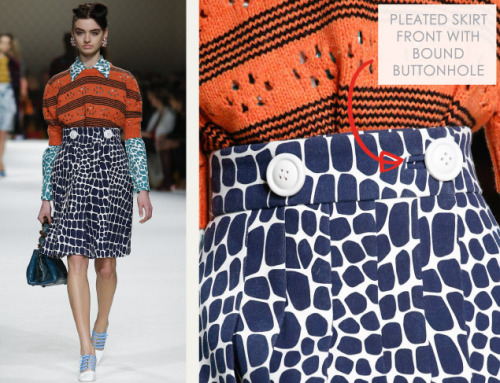 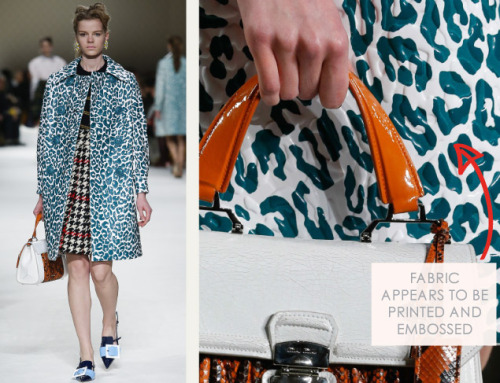 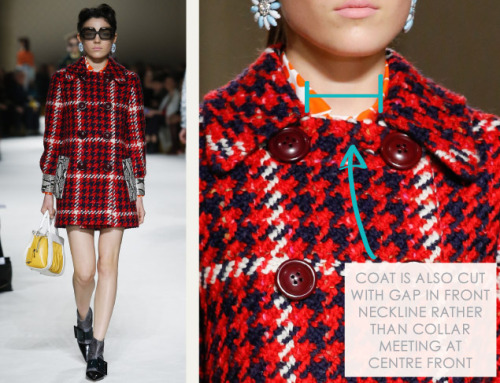 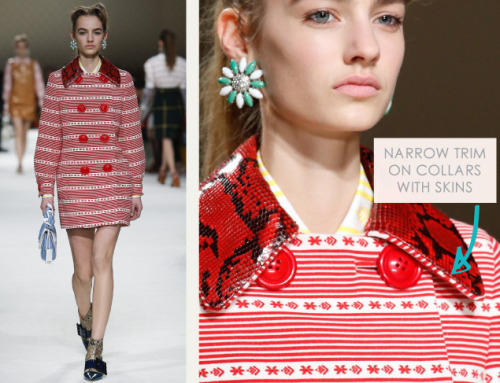 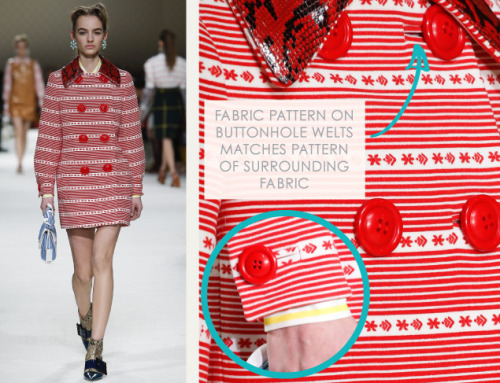 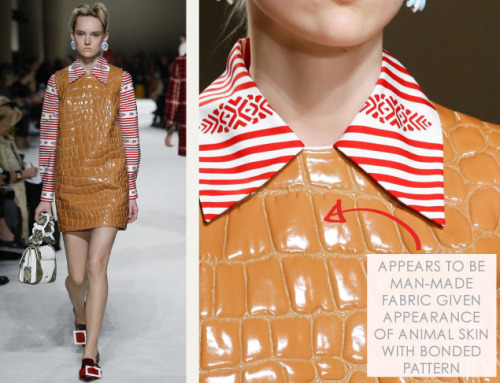 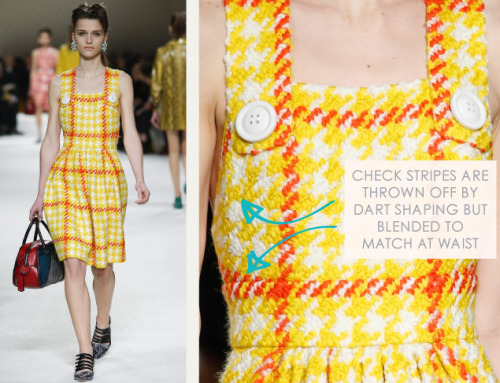 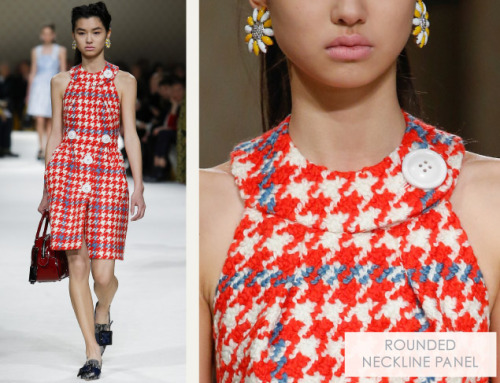 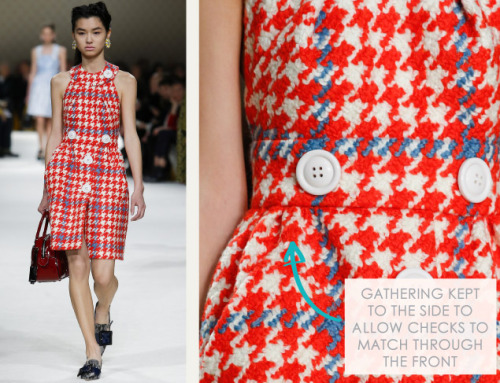 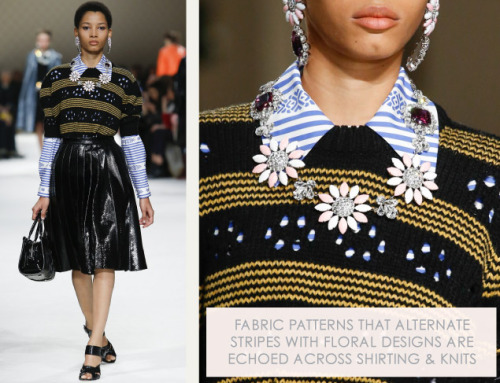 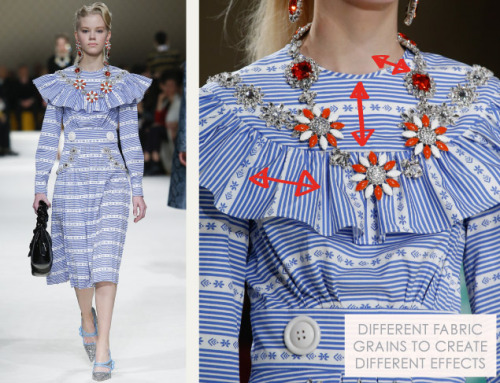 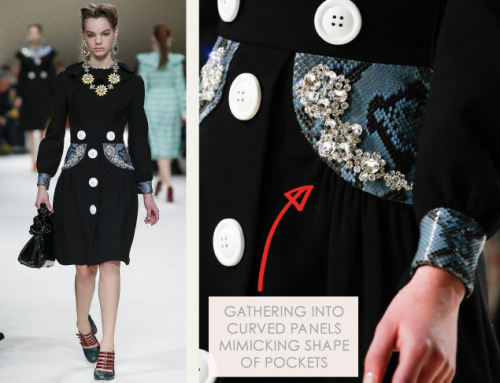