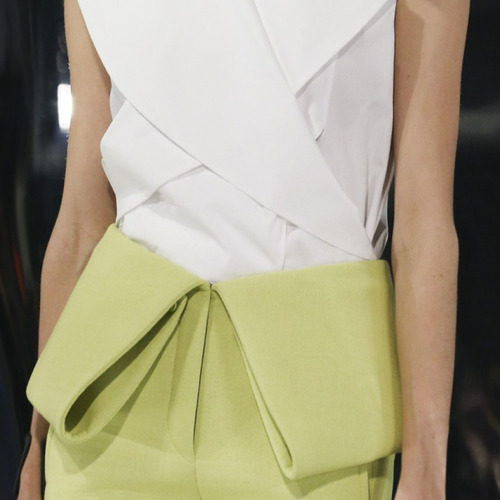 Hidden amongst the clashing colours and prints of the Kenzo collection for Autumn-Winter 2014, there were some clever pattern making details including crisscrossed lapels and panels that folded back on themselves to create peplums and collars.

The first detail worth looking at was a panel that was attached to the waistbands of trousers and skirts that folded back on itself and was fastened using press studs. Aside from this detail appearing on waistbands folding down, the detail was also used in a similar way on another pair of pants but folded up towards the torso. Another version of this detail reappeared on large collars which looped back on themselves. 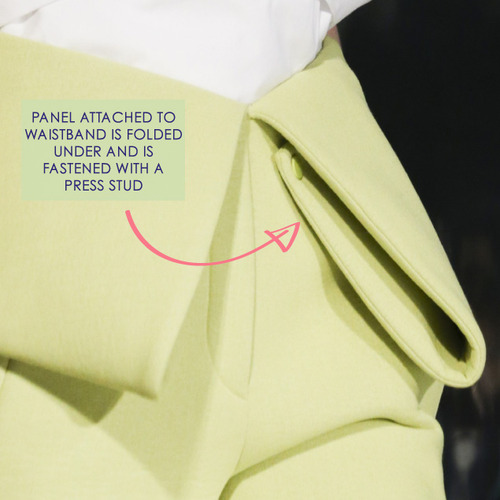 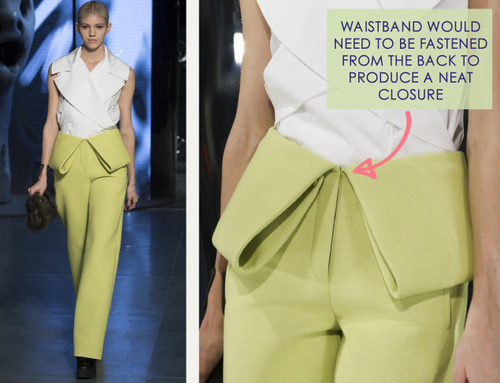 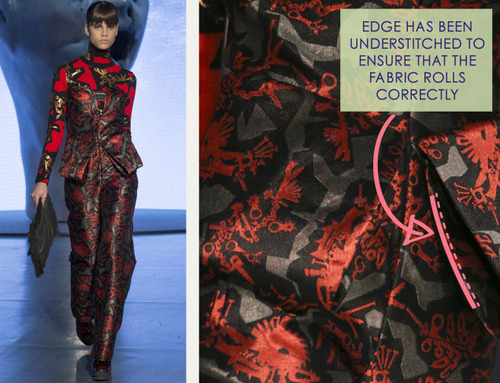 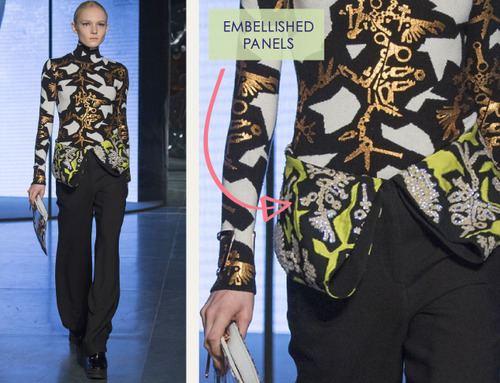 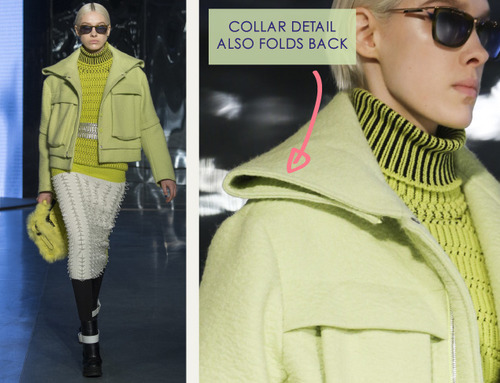 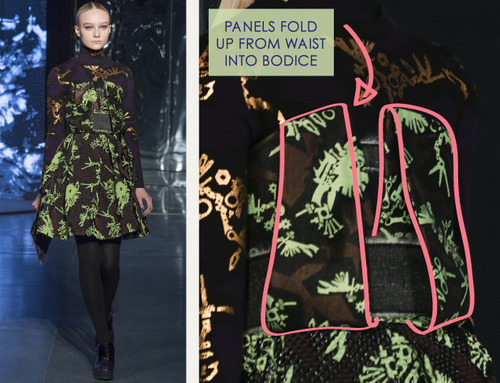 The next detail to look out for was the use of lapels which wove in and out of each other. The use of clashing patterns helped to disguise the panels used to create this effect, but on one white shirt it seemed as though the effect was created by feeding the panel and lapel of one half of the garment through a slit in the back of the opposite lapel. 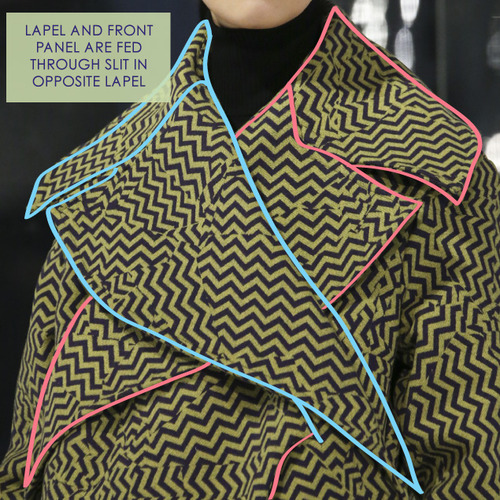 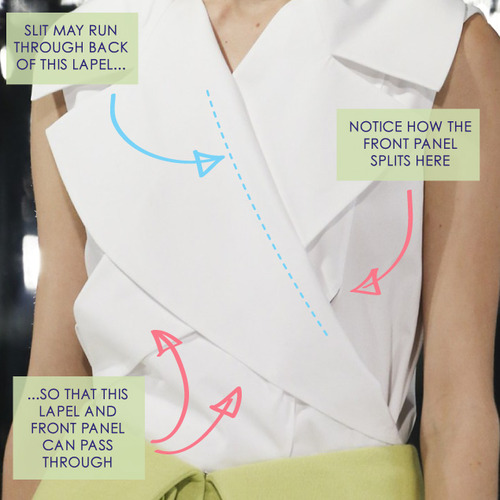 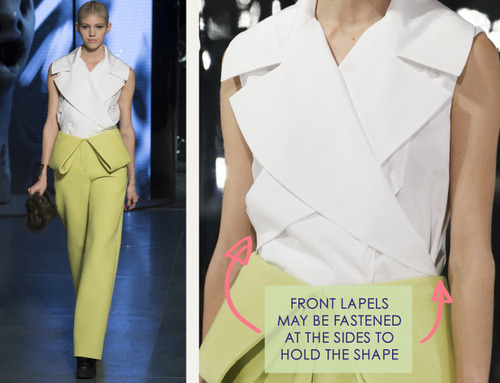 Another interesting detail in the collection was in the use of staggered front panels. This detail followed the centre front line through a hidden button placket until the waistline, and then split into a wider panel that buttoned further across the body. This sort of staggered closure requires you to be very mindful of pattern placement when you are cutting out on a patterned fabric. 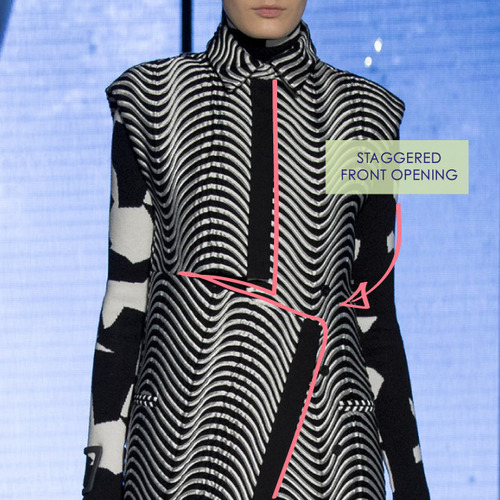 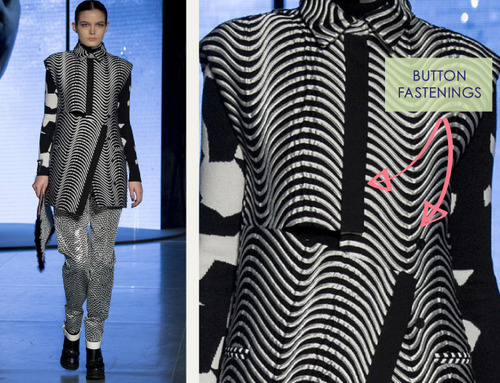 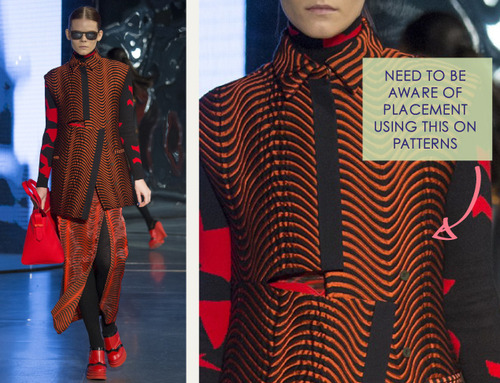 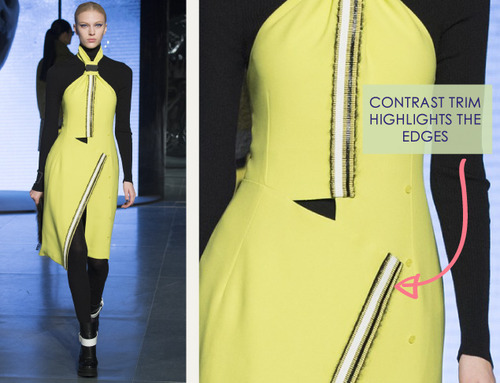 Aside from the pattern cutting details in the collection there was also an interesting textile detail that appeared to use bugle beads to create small pyramids across the surface of knitwear. 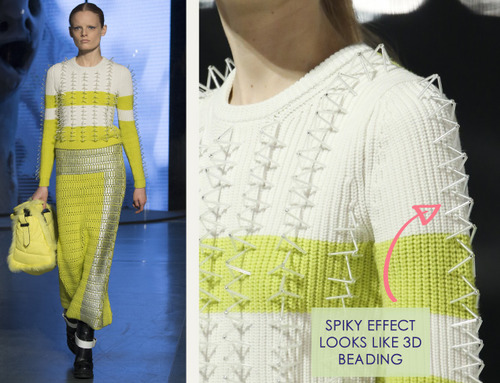