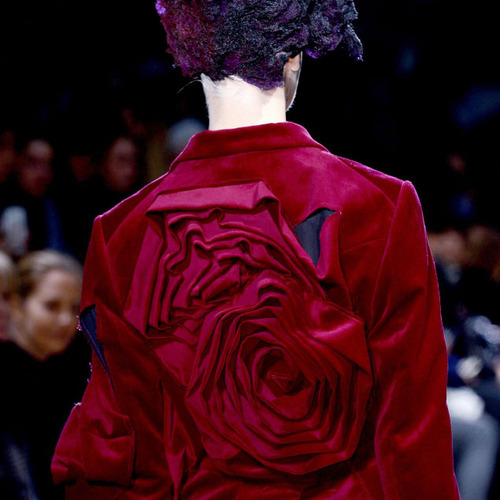 There is always a certain generosity in the way that the Comme des Garçons garments are created, more specifically a generosity of volume. This means that when Rei Kawakubo does a take on ribbon roses, then we are not shown mere puny, silky roses but are instead shown large masses of fabric that seem to grow from oversized tailored garments. 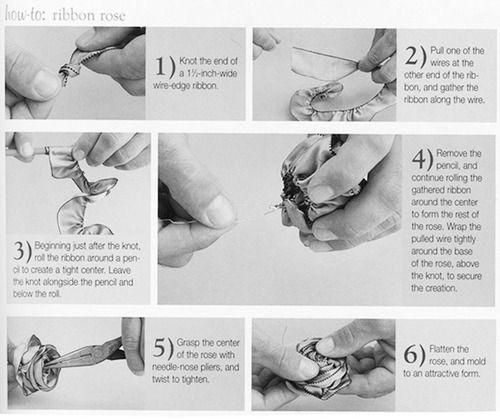 Ribbon roses are traditionally quite small, delicate details created out of ribbons (hence the name) but in the case of the Autumn-Winter 2013 collection by Comme des Garçons the roses were instead made from large strips of fabric creating giant-size roses. In the case of these giant roses, it appeared that the bottom edge of the strip was used to attach the rose to the body of the garment.

At times the fabric for the roses appeared to be only applied on top of the rest of the garments but at times they appeared to grow straight from the body panels of the garments. This sense of the embellishment growing from the garment was also the case for other embellishments such as the thick tubes that coiled around sleeves or knotted at elbow level. Interestingly, both the gathered tube and the knot appear in the “how to” diagrams above.

Another layering technique that was used in the collection involved large rectangles of fabric and these appeared to have been fused with backing so that the cut edges would not fray. Fabric can also sometimes be laser-cut to sear the edges to prevent fraying, depending on fibre type.

As if to further emphasise the oversized nature of the collection many of the trousers featured a roughly pinched in detail at the centre front and centre back waistbands, as though the trousers had been temporarily run in to fit the models. 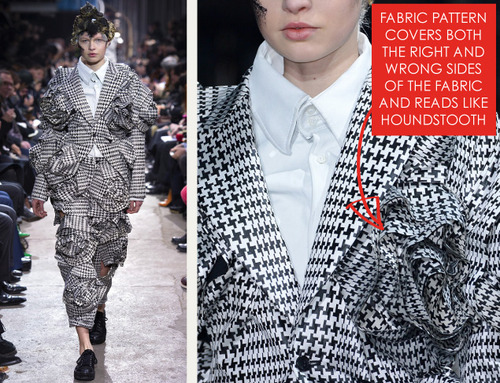 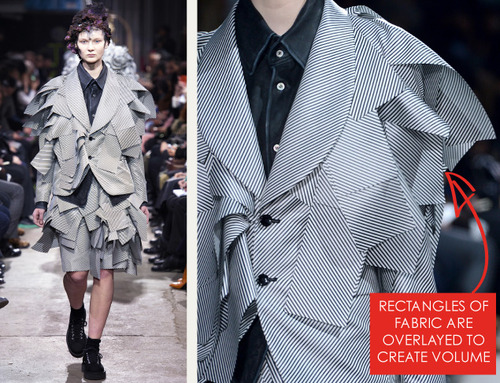 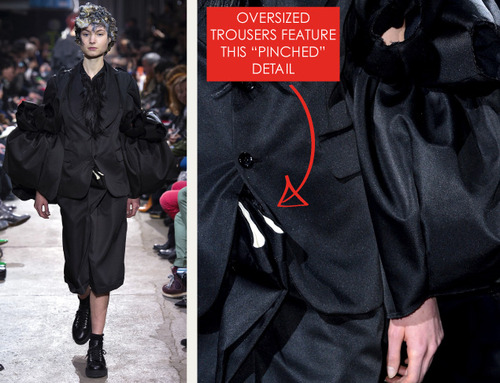 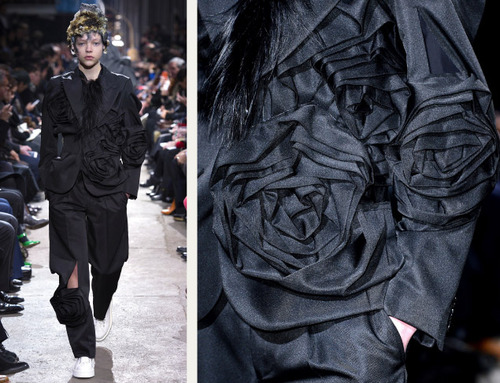 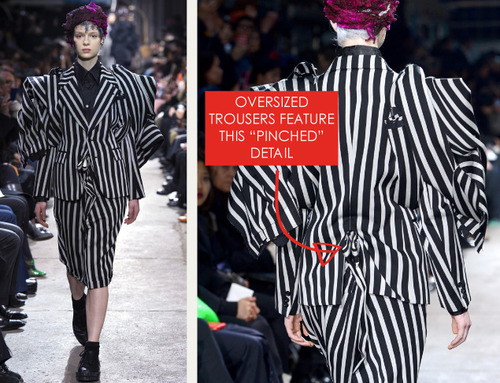 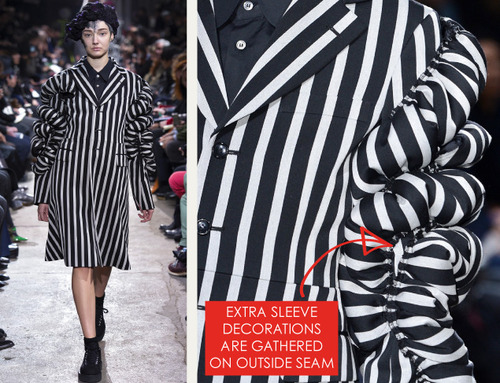 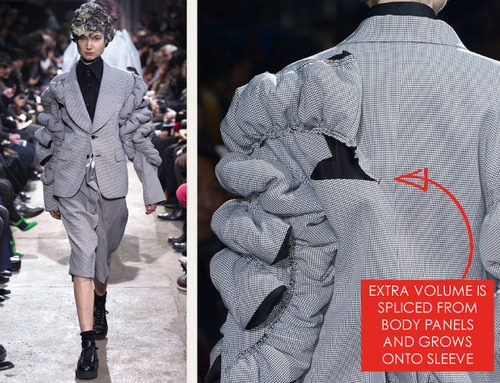 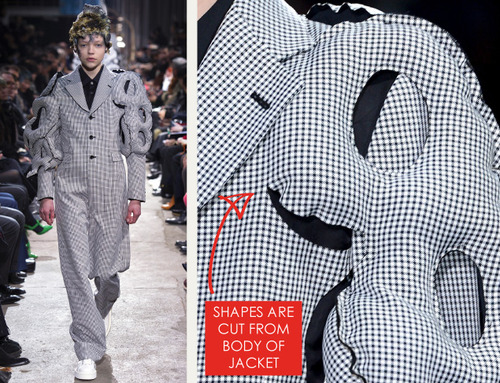 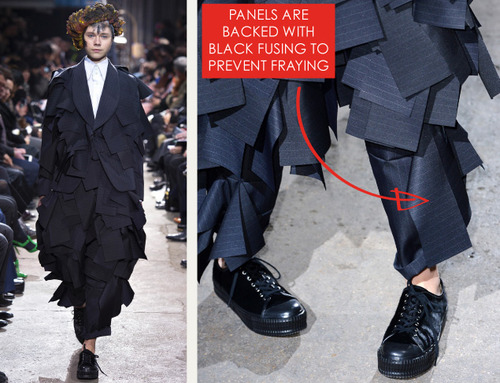 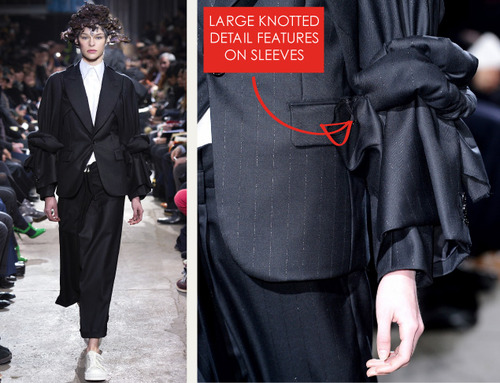 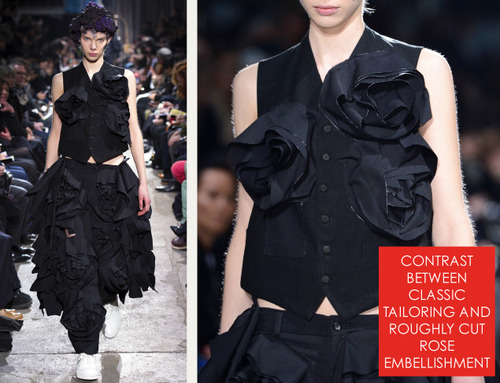 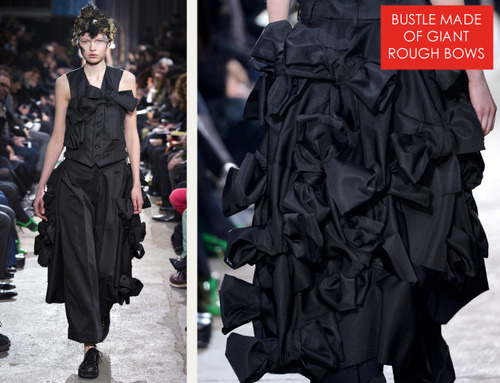 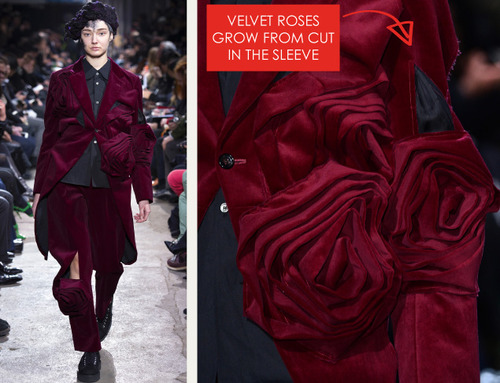 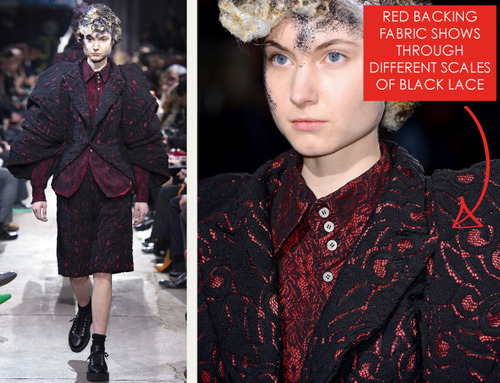 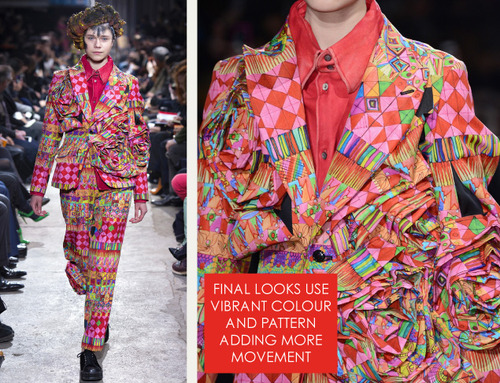 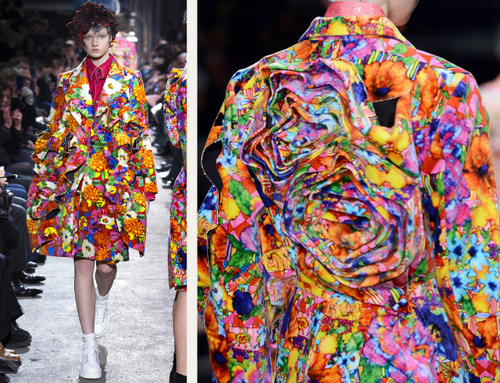