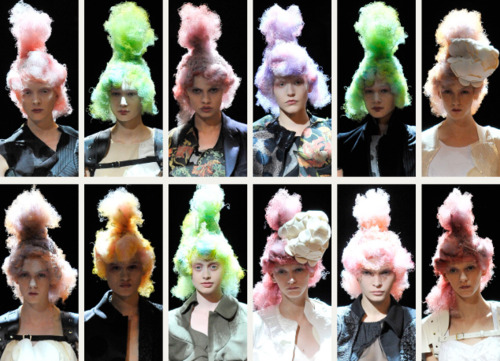 A little while ago we talked about the colourful hair styling used for Yohji Yamamoto’s Autumn-Winter 2011 collection (Yohji Yamamoto’s Wool Top Hair») but let’s not forget the amazing hair styling of the Comme des Garçons Spring-Summer 2010 collection. There is something about the use of the whimsical confectionary coloured hair that offsets the more monochrome deconstruction of both designers so well.

The styling definitely adds a different tone to the deconstruction, making it appear more playful and less bleak which is the mood that deconstruction can sometimes emit.

For the hair in this collection it is uncertain what has been used to create the pastel, Marie Antoinette fairy floss effect but it looks as though it could be some sort of wadding that has been spray painted or powdered with multiple colours. It also looks as though the hair has been pierced in some sections by giant kilt pins which make for an unusual hair styling addition. 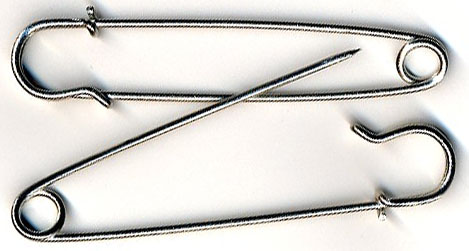 Kilt pin from House of Anoria. 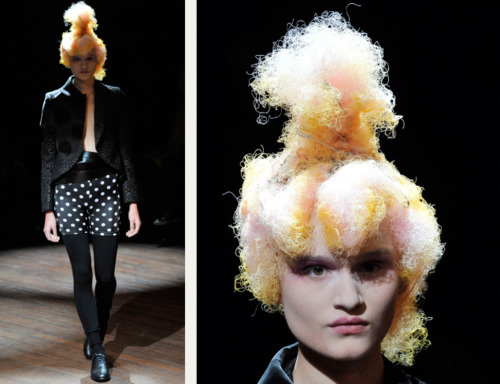 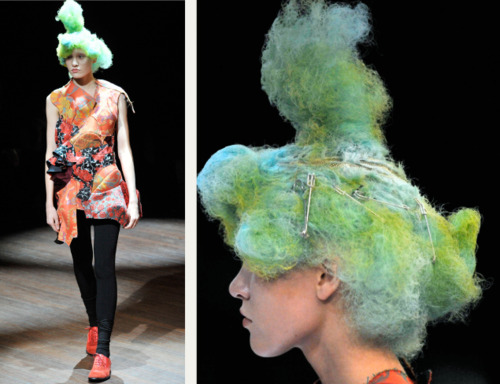 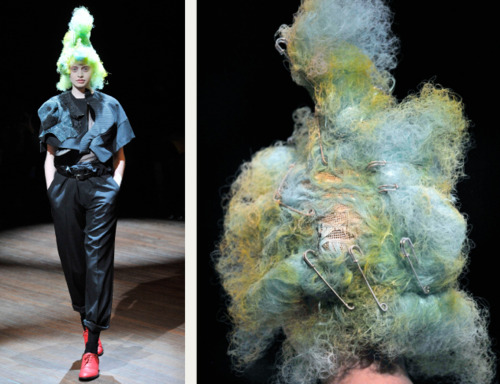 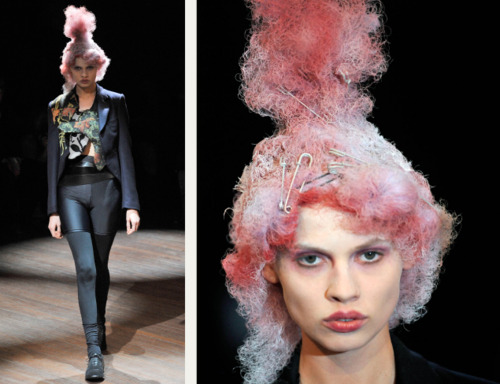 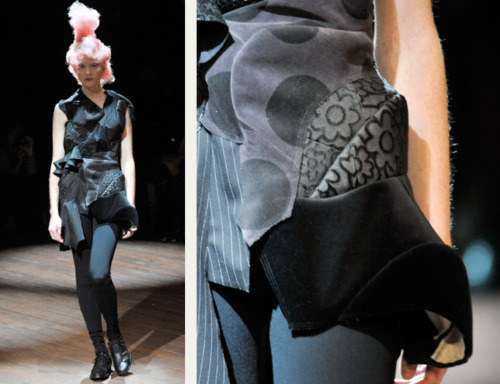 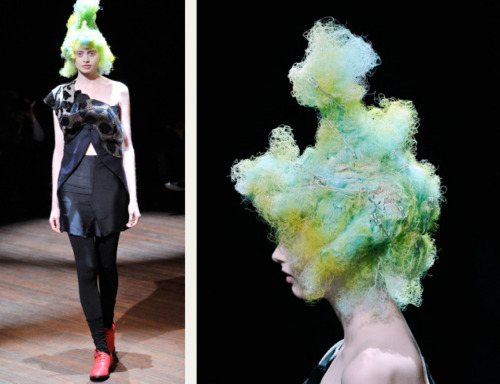 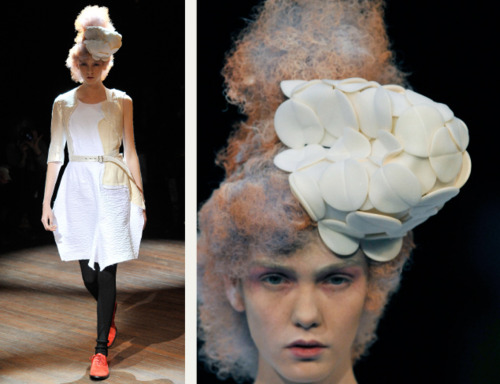 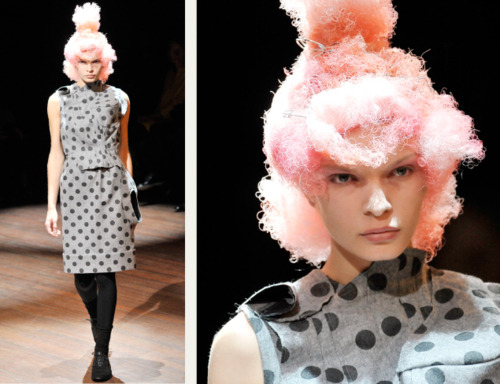 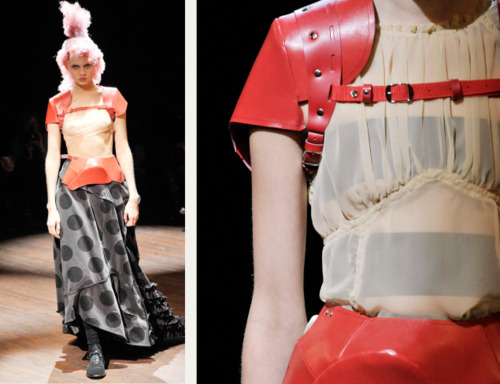