The rose is a motif that often features in fashion design, but it was specifically the degradation of the rose that was used in the Autumn-Winter 2015 collection at Alexander McQueen. The idea of petals becoming slowly more bruised and ragged was played out in the fabrics and textiles with shredded chiffon and shaded organza petals with torn edges.

Some of the references to roses in the collection were fairly literal with large roses appearing on coats and translated out into the pinks and reds of the colour palette. At other times, the use of the rose motif was more subtly embedded as part of the pattern of the fabric.

At times, the general curved shaping of stylised petals appeared to be translated in more graphic ways in garments that also played with the contrast between dusty pink and vibrant red. In these garments, it appears that panels of pink and red fabric were joined together along curved panel lines which were then pleated to form skirts with crisp ridges. The pleated skirts were shaped using contrast bands that ran horizontally around the hips and waists of the garments to control the amount that the pleating can flare away from the body.

These same dresses also featured necklines which were made square through the use of wide-set straps and through the shaping of the bust cups which were spliced clean and flat across the top, rather than curving around the tops of the breasts. These bust cup shapes were supported using specially shaped underwires which dipped slightly at the centre front.

One other detail worth noticing was the pattern cutting of a shaped sleeve that appeared on a couple of the jackets and coats. The sleeve shape appears to be cut to create a wide flared cuff that sits in the crease of the elbow. A line of topstitching that is visible from the outside of this sleeve appears to indicate how deep the facing is on the inside of the sleeve. 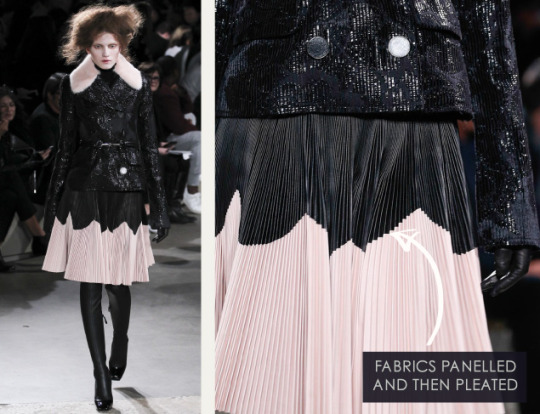 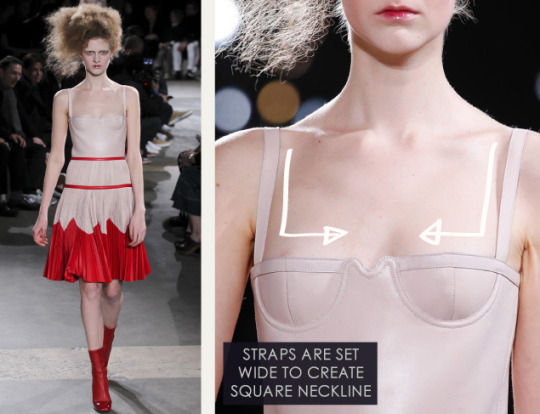 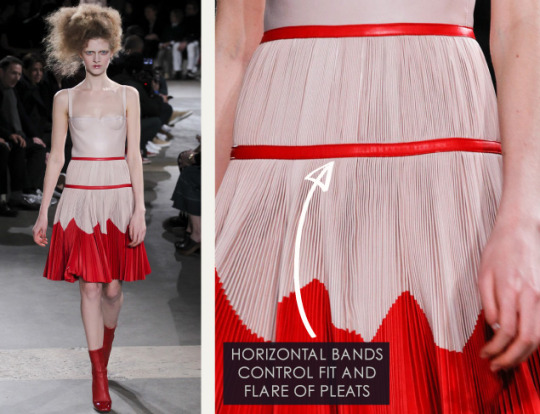 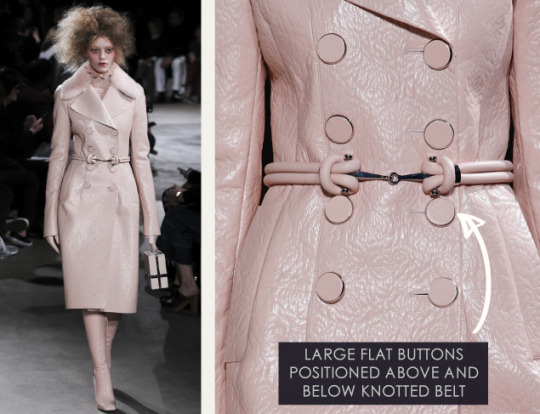 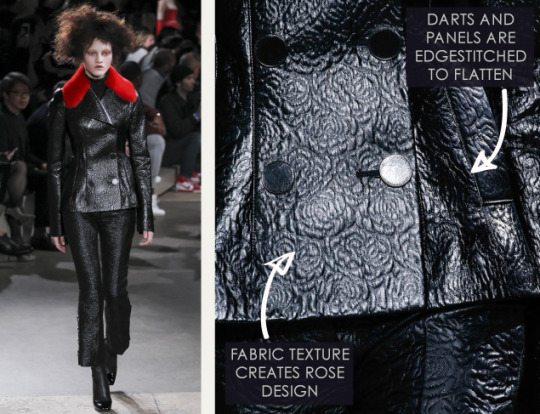 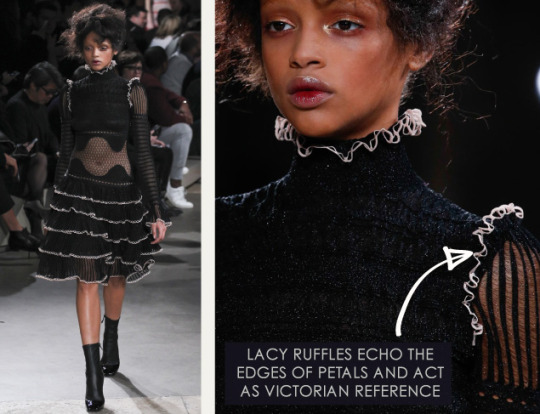 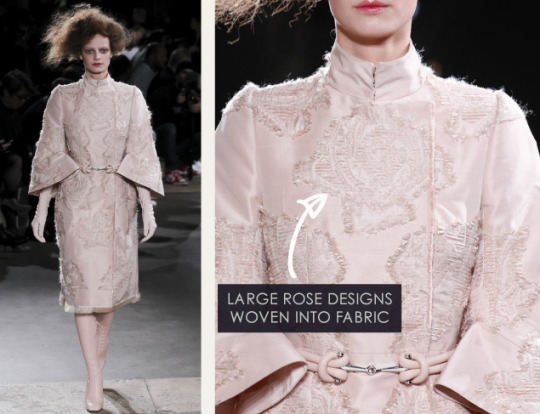 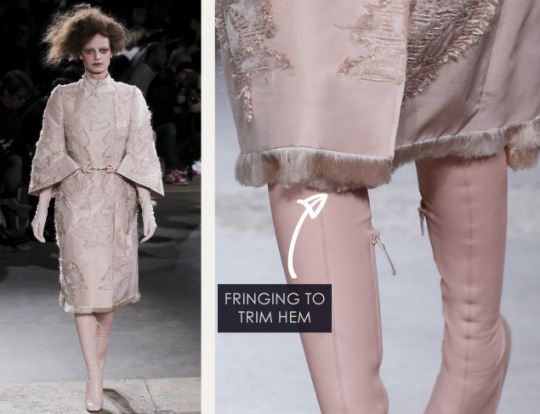 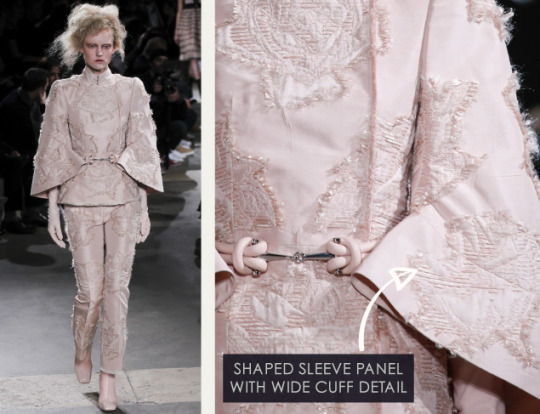 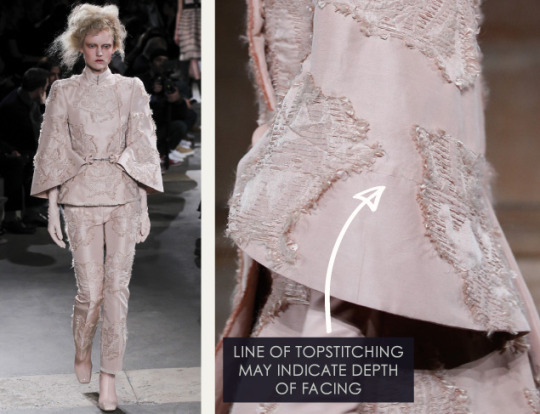 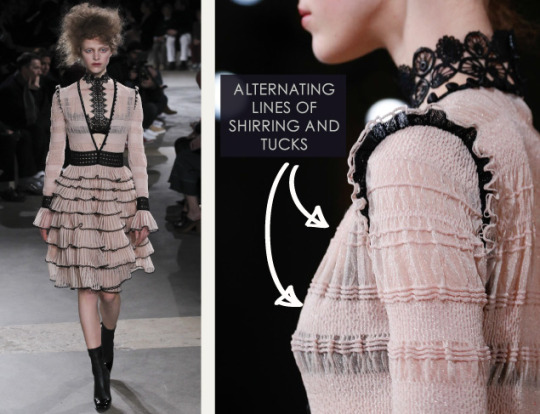 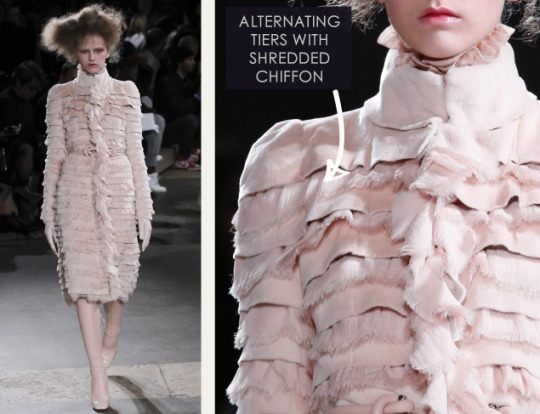 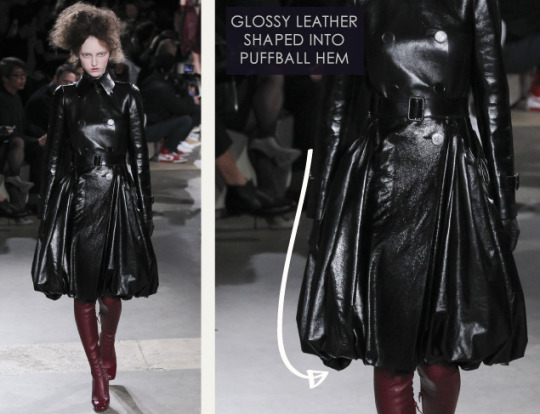 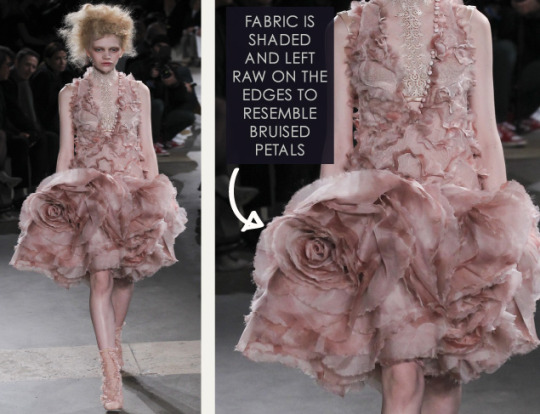 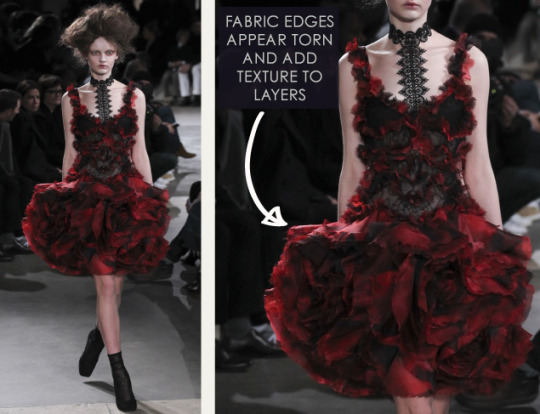 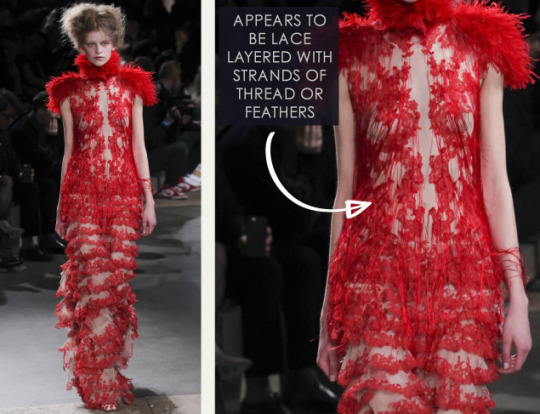 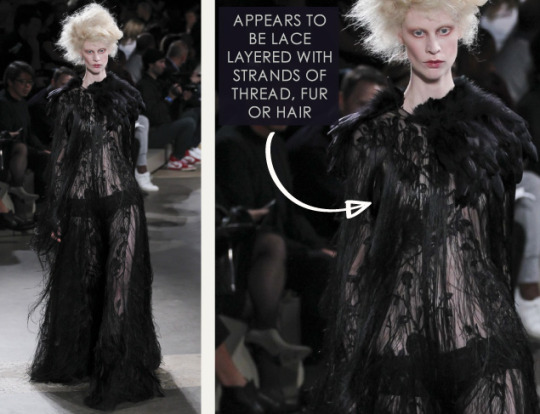