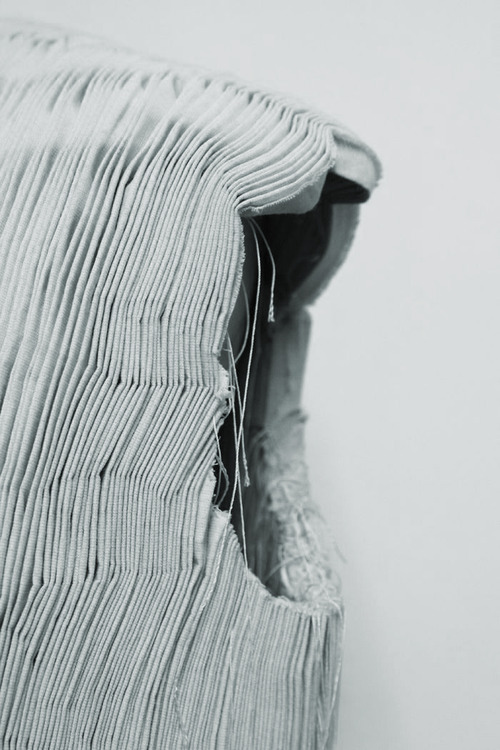 Smocking is a fabric manipulation technique that is generally created by using hand stitching to create areas of tension and release in the fabric. This results in very sculptural effects that can sometimes appear far more complex then they actually are.

There are some smocking / pleating machines that will speed up the process, but many eye catching effects are created by marking out the fabric using dots or a grid. Manoeuvring between the dots or corners of the grid with thread and holding stitches can then create different effects depending on the path that you take. 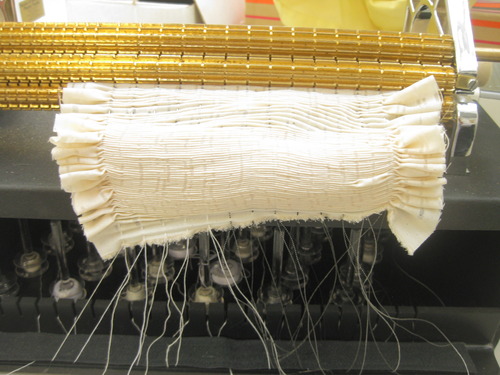 Image of a smocking pleating machine at work via Pinterest»

This image gives a better idea of how a smocking pattern would look, with a grid of squares to create the pattern, and arrows or lines describing where you sew a stitch to draw the fabric together (indicated with an arrow) or where you would leave the thread slack (indicated with a red line). 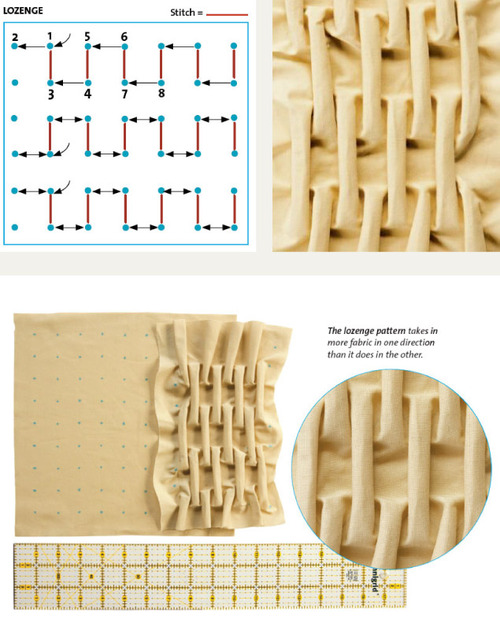 The following image shows an example where a grid has been marked out on fusing that has been joined to the back of the fabric. This also shows how you are really working on the reverse of the fabric when you create smocking, and the fabric volume forms on the right side of the fabric. 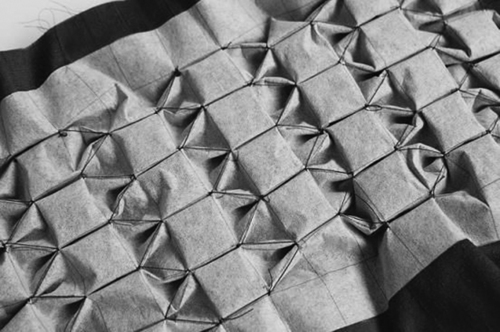 Image of the reverse side of smocking via The Sewing Directory»

Once the manipulations are formed you can then turn them right way up and pin them out into position on a padded table or on an ironing board. You will then need to gently steam the fabric and let in dry out in position to help to set the shape of the fabric. 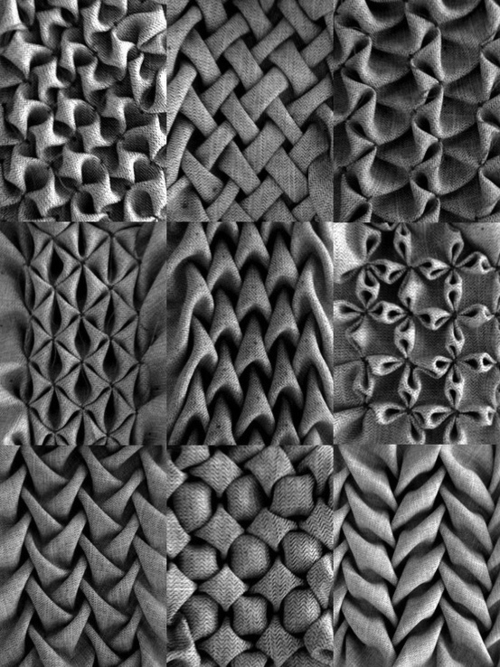 To help you to experiment with these techniques in your own designs, there are a range of different effects below, and these are followed by a list of free tutorials that are available online. 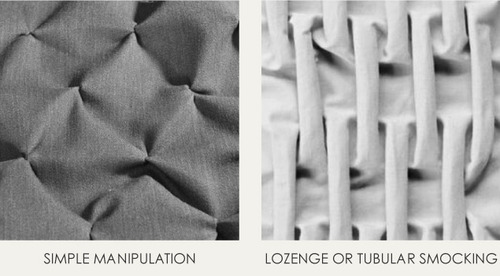 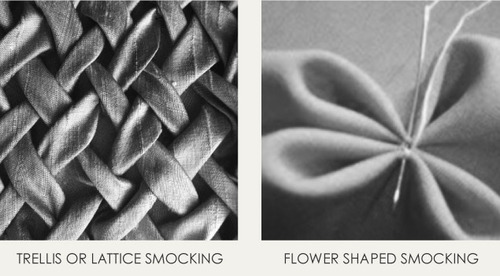 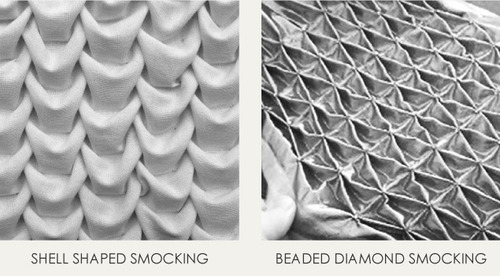 A collection of free smocking tutorials that are available online where you can learn different techniques:

There is no need to stick to existing shapes though, feel free to try just drawing a grid onto calico and trying out your own patterns, or creating random winding paths with your thread between a dotted grid to create your own effects.

There is also no reason why you would have to stick to a grid, and you could probably get interesting effects by using concentric circles, lines that cross to create diamonds or triangles, or using organic lines with randomly placed dots.

To see more traditional smocking techniques at work you can also view the previous post on Smocking Techniques at Miu Miu» where smocking is used well to draw the fabric into the body instead of using darts or panel lines.