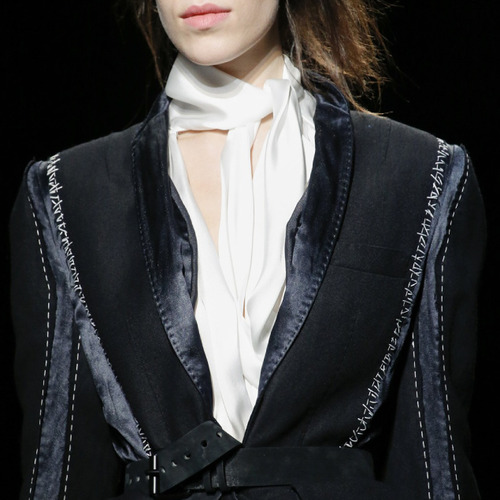 Many of the garments from the Haider Ackermann Autumn-Winter 2015 show used contrast stitching to highlight the edges of seams and waistbands. This stitching had a sketchy, haphazard feel, with crisscrossing stitches created in irregular lengths. These stitches had a softening effect when used on garments that were precisely tailored, or sometimes helped to blend elements on garments that used a clash of textile patterns.

At times, the contrast stitching was also done in more regular patterns such as the running stitches that were used to outline panel lines on sleeves, or to define the edge of yokes where pleated skirts had been attached.

The sleeves themselves were also an area for pattern cutting exploration. Some of the garments were created with two-piece, set-in sleeves that had narrow panels of contrast fabric running along the top of the sleeve head, as well as running down the side seam of the garment and down the sleeve seams. These contrast panels were on both the sleeve and body sections of the garments and it is unclear whether the contrasts were cut as separate panels or if the outer layers of fabric were turned under at the edges and effectively “applied” on top of the bottom layers.

The use of contrast stitching was particularly effective on a classic shawl lapel where the stitches appeared to creep out from the inside of the garment. This jacket was also paired with trousers that were nicely trimmed with grosgrain down the outside leg in reference to the satin or grosgrain stripes typically seen on traditional tuxedo trousers. Contrast stitching was also used effectively on a white blouse, where red stitching was used to catch strips of torn white chiffon or georgette onto the shirt front to create a loose ruffled effect. 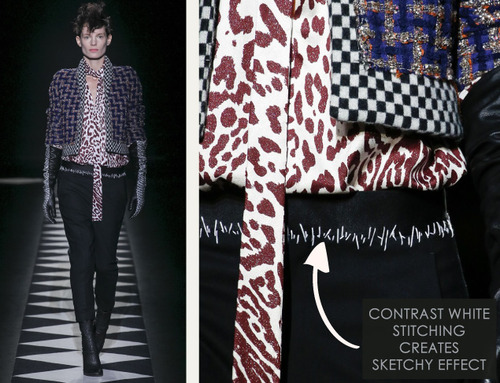 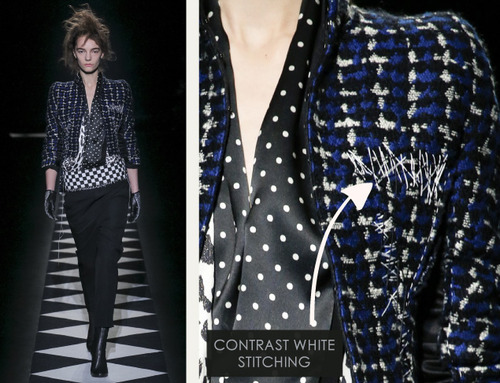 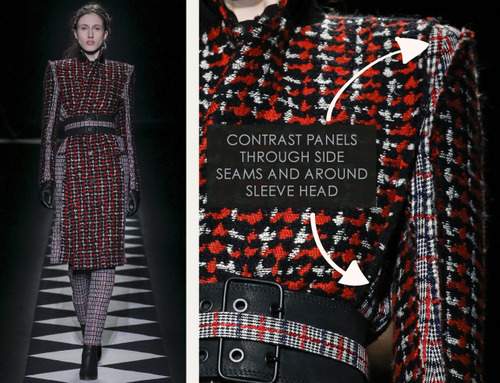 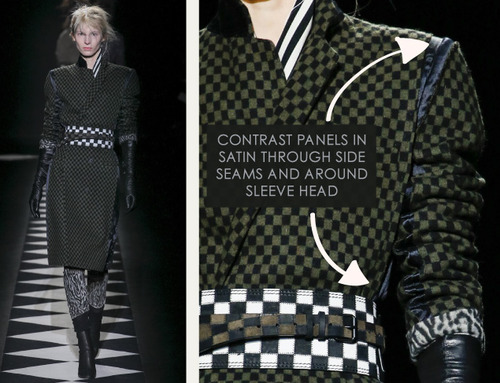 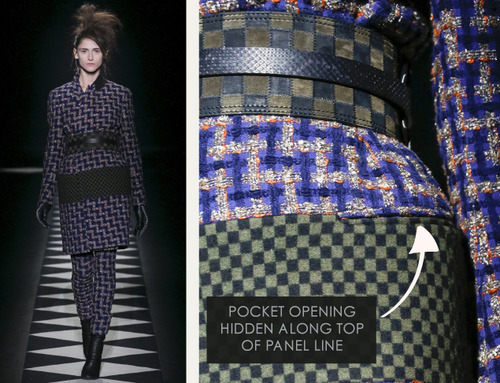 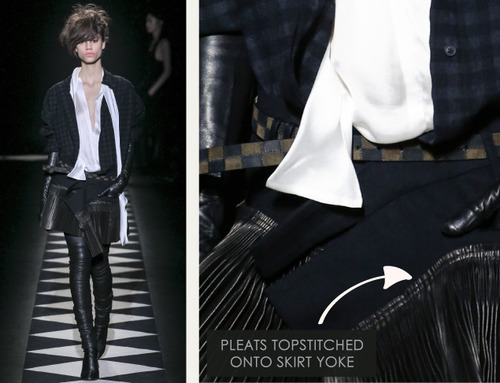 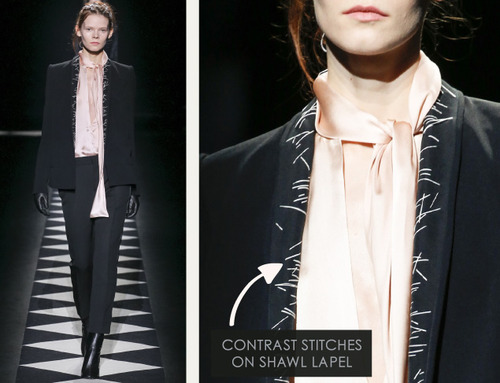 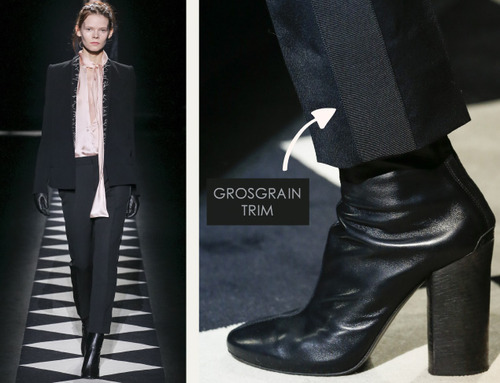 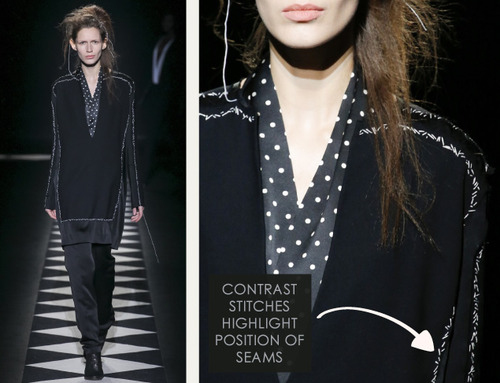 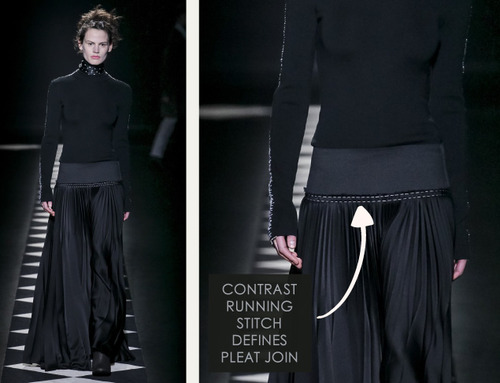 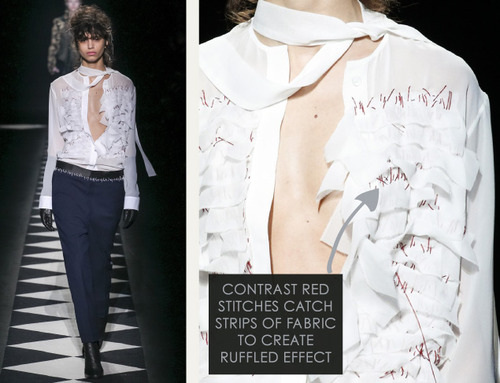 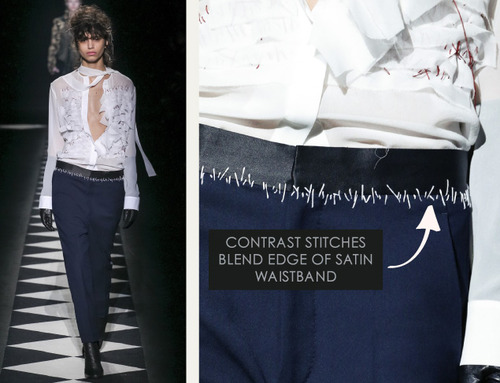 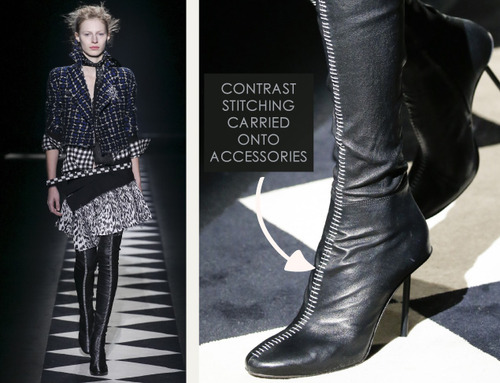 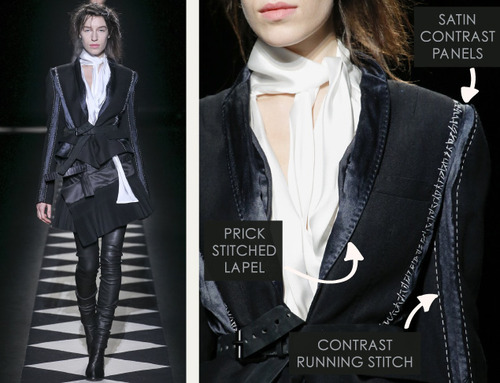