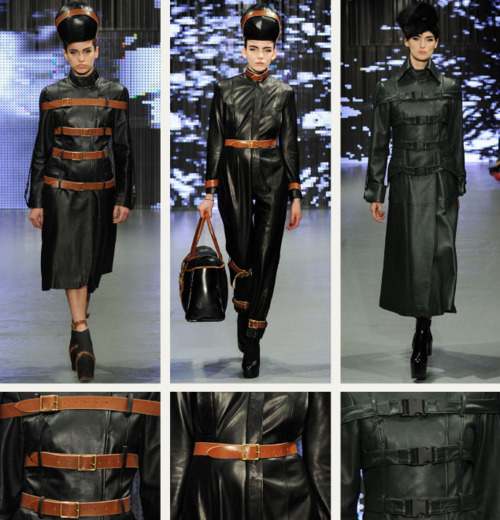 The Autumn-Winter 2011 collection by Pam Hogg had a darkly whimsical quality to it, combining disparate elements to create catwalk characters. On the one hand there were dresses, coats and panelled bodysuits out of black leather with buckles and belts fastening the garments closed across the body. Then the bodysuits appeared again but this time in multicoloured woodgrain prints that were shown in many variations, almost as though it was an experiment in how the woodgrain texture and panel shapes could be used to create movement and effect proprotions across the curves of the body.

From these two stories the garments seemed to combine to create barely there jumpsuits made out of leather strapping, whilst Hogg also took the silhouette to the other extreme, with dresses that ballooned out in the skirt shapes that appeared to be supported by a type of hoop skirt.

The result was an interesting mix of colours and proportions that played off each other with surreal styling elements such as raven shoulder pieces and oversize head pieces. 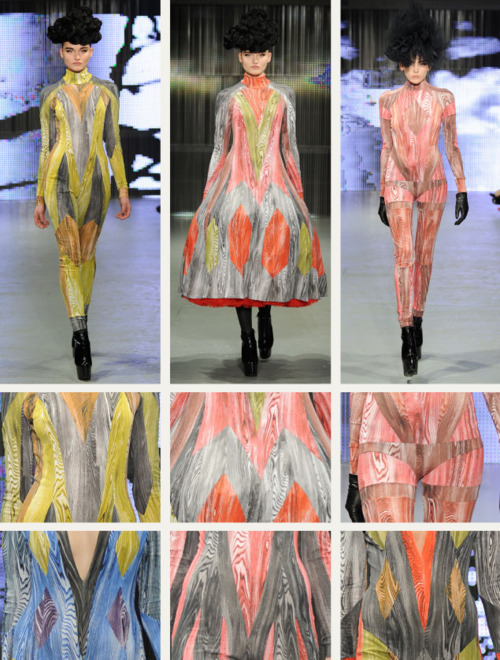 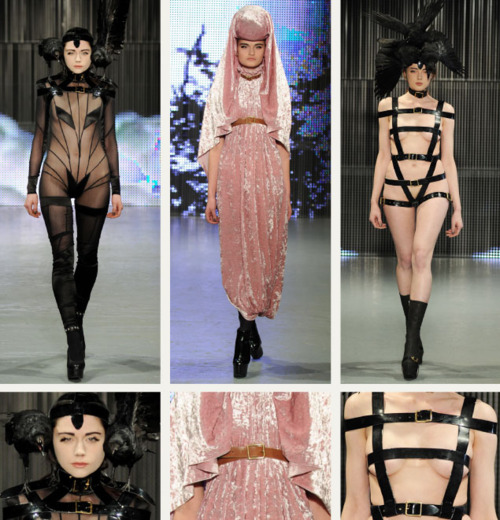 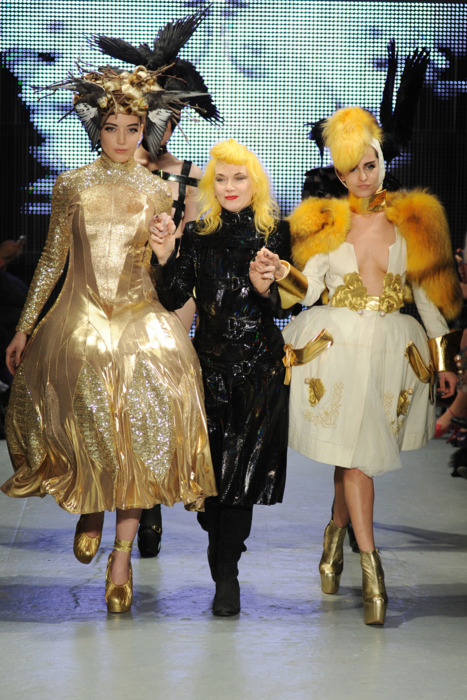