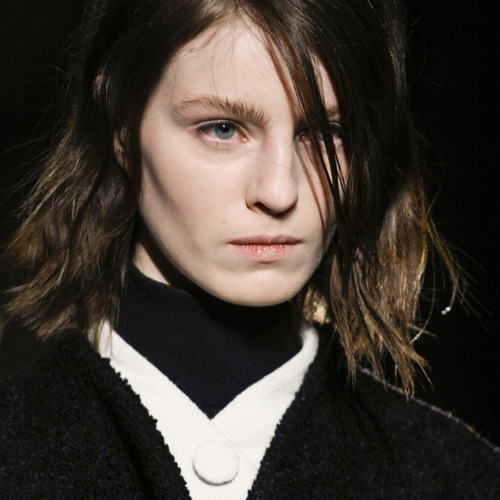 Black and white is a timeless theme that is often used by designers for the graphic qualities that can be induced in garments simply by placing the whitest of whites and the blackest of blacks side by side.

The recent collection by Proenza Schouler for Autumn-Winter 2013 however did not rest on easy graphic monochrome, instead exploring counterchange down to the smallest levels of embellishment.

For a start the choice of black and white was supported by the textures chosen by McCollough and Hernandez and then softened by a few well chosen chalky pastels and some nicely curved silhouettes.

The use of counterchange was at first visible in a very clear way, with layers of wooly black and white tailoring, but then became more detailed with fabrics that were specifically chosen to be the monochrome reverse of each other.

The final twist was in the garments that used counterchange as both reversals of colour, and as counterchange of positive and negative space. The prime examples of this were the fabrics that appeared to have been lasercut and then relayered back again with the same cut out shapes, and also in the lace dresses that appeared to also be embellished with the same cut out shapes of negative space. 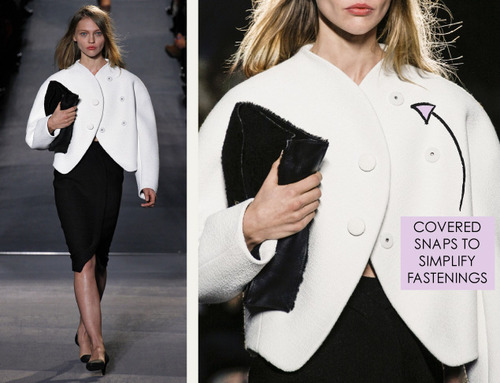 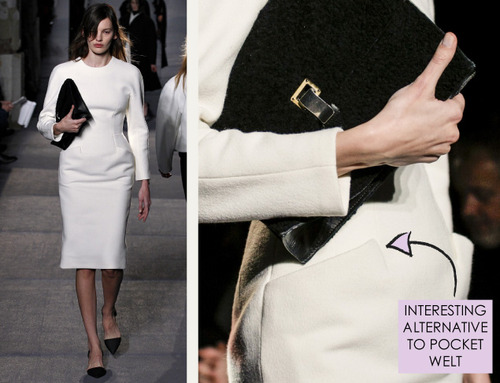 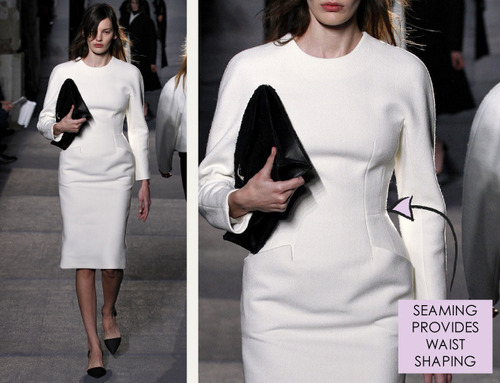 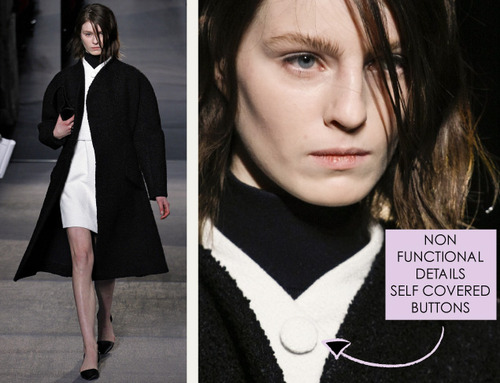 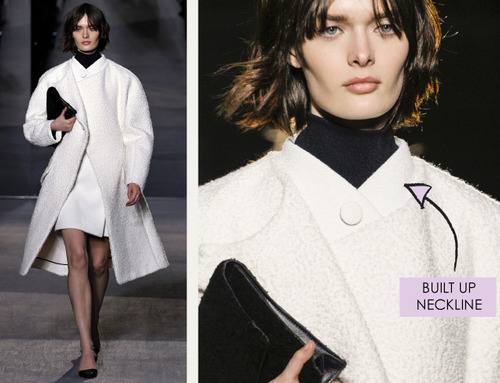 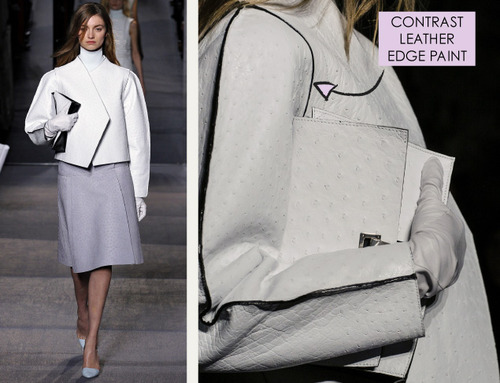 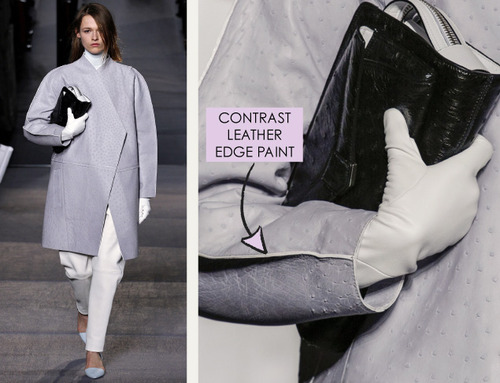 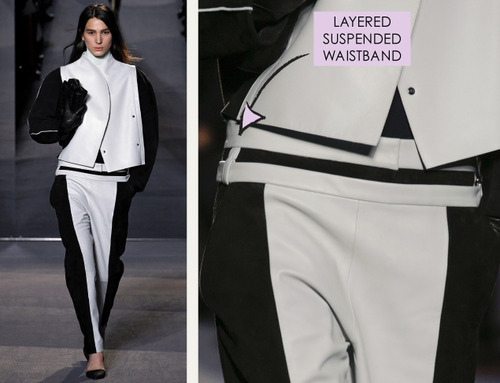 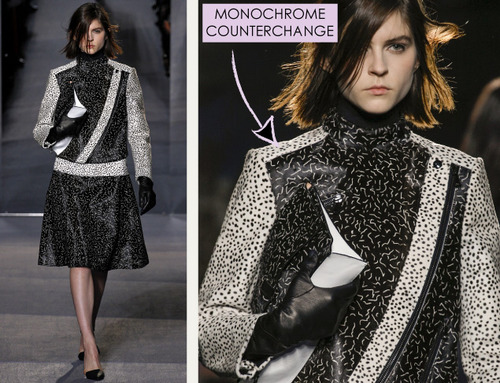 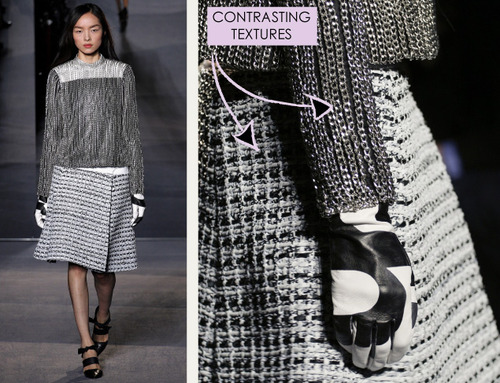 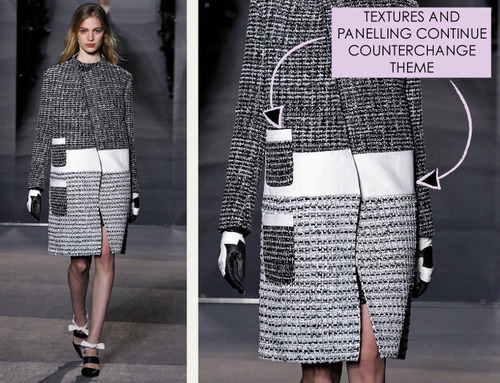 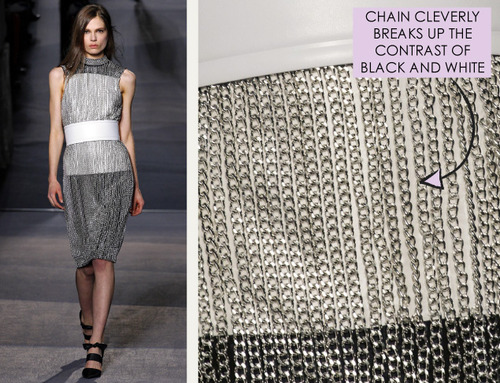 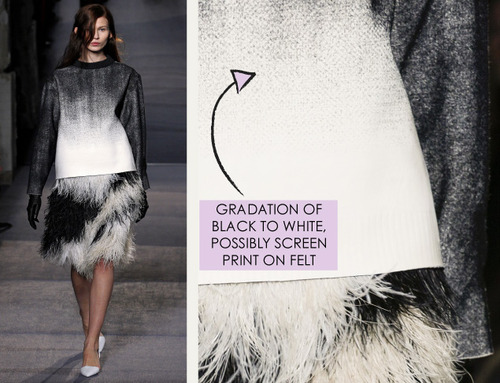 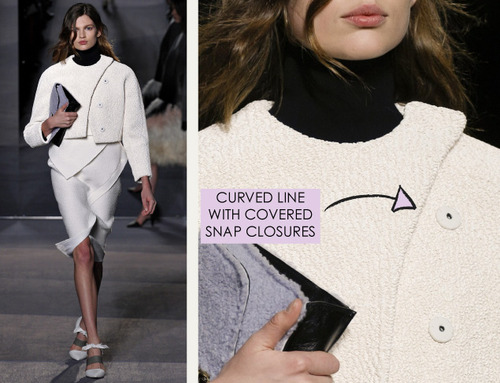 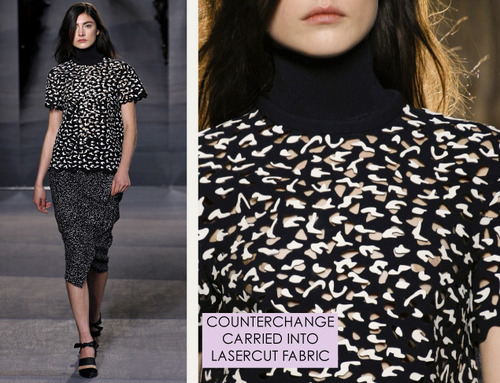 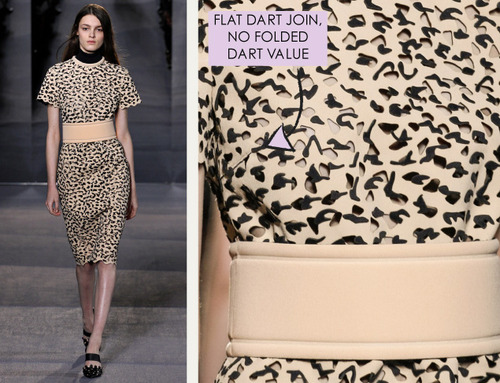 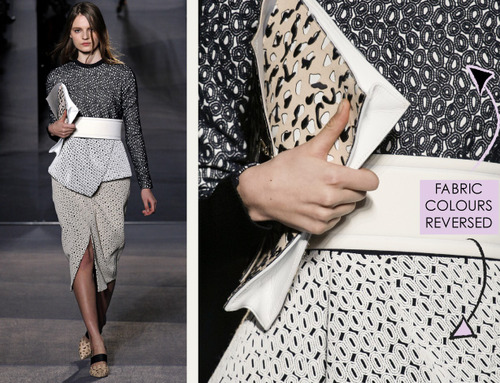 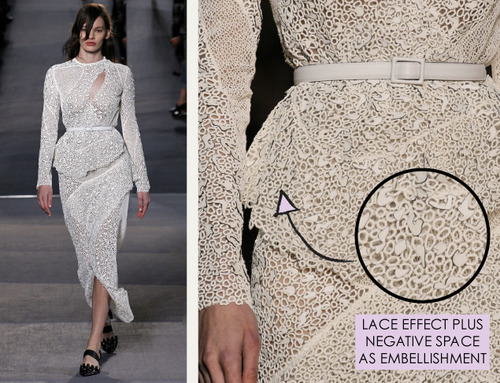 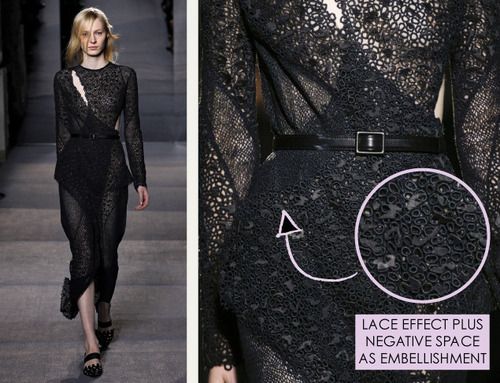 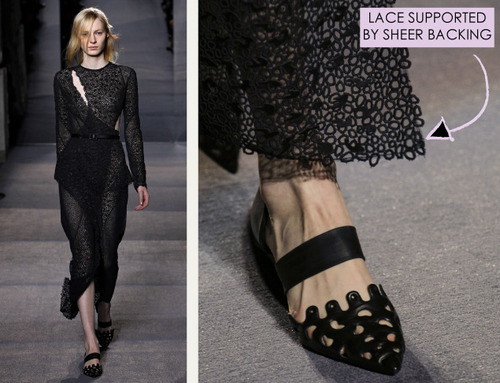