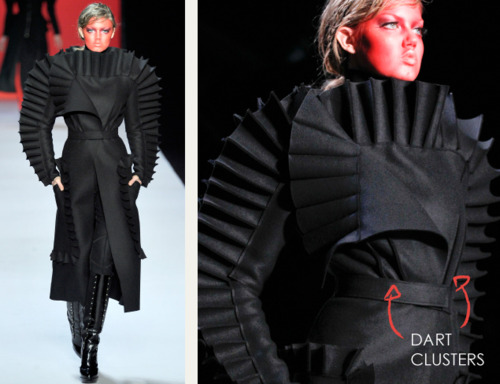 Once you know the dart value that you need to have in your pattern you can then move this value around, as we saw when we moved the value from a waist dart to a bust dart. There is no reason however that the dart value has to be in only one dart, it can also be used in pairs or groups of darts, sometimes referred to as dart clusters. Pairs of waist darts were used in place of single darts at the recent Viktor and Rolf show. 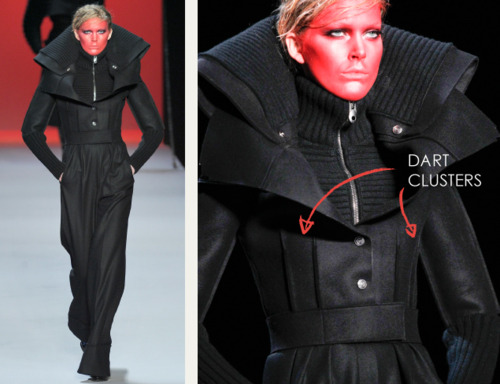 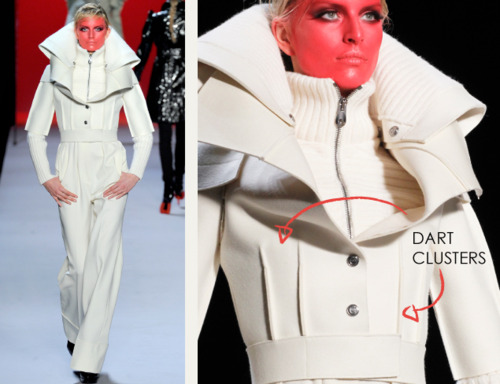 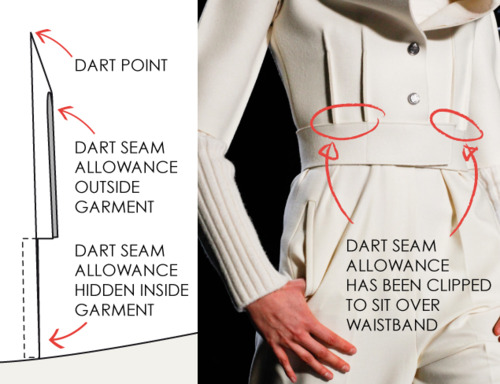 Below are the instructions and diagrams for how to move the dart value from a bust dart to a cluster of 3 waist darts. This has been done using the “Cut and Spread” method of pattern making. 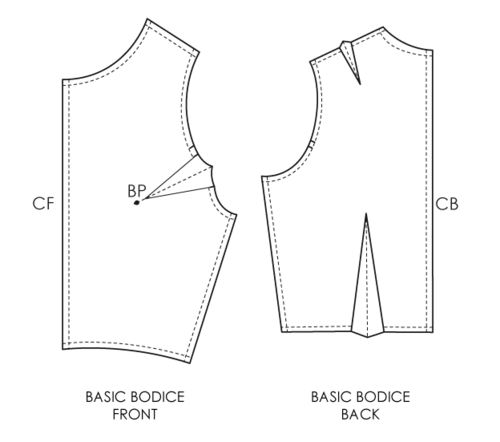 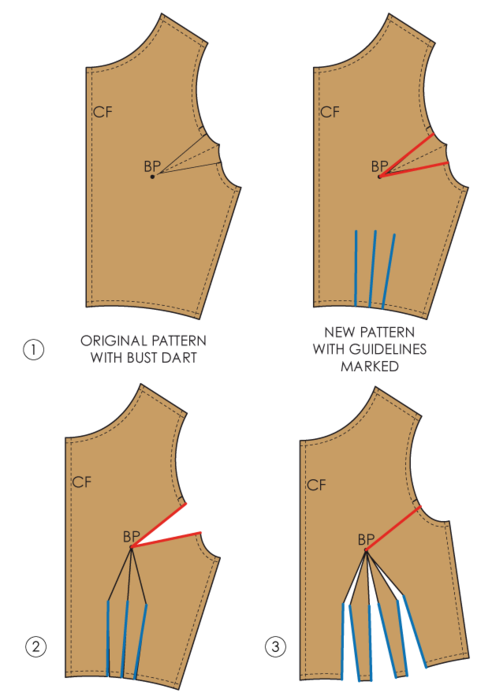 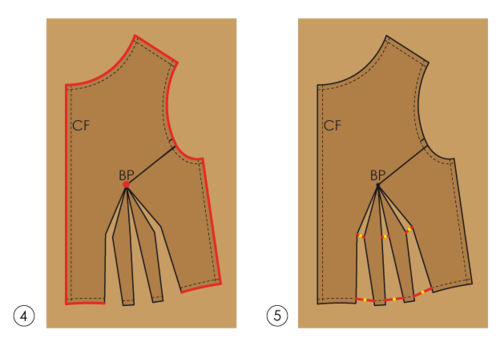 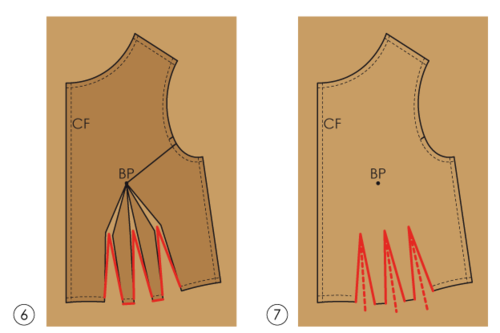 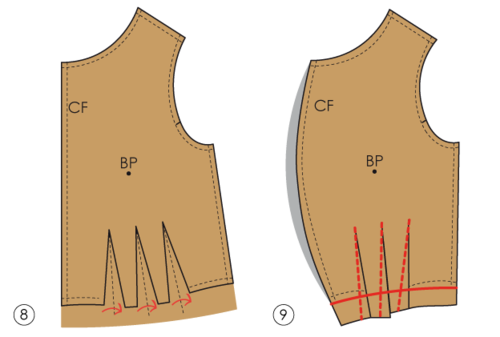 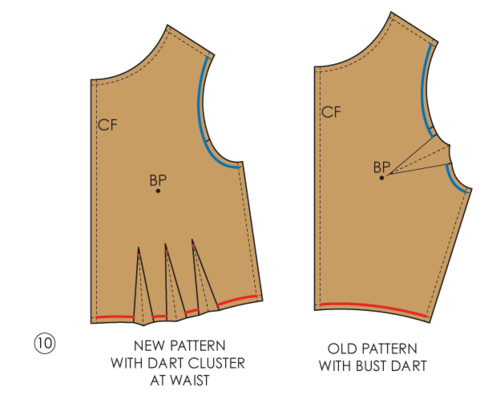 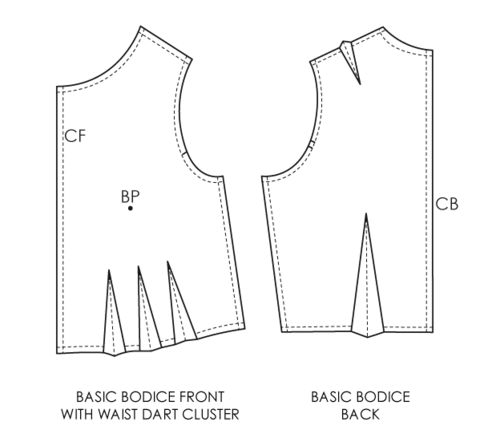