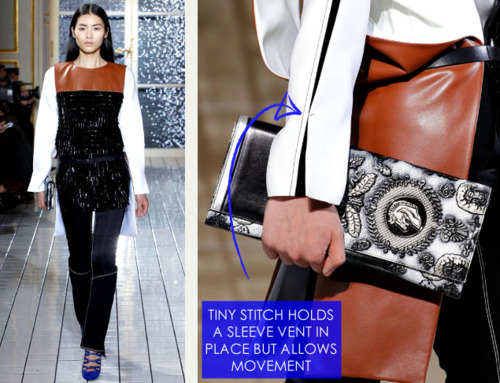 There were some beautifully considered details in the Autumn-Winter 2011 collection from Balenciaga that really gave the collection depth. There were some small pattern and garment construction details that were developed here that helped to make the garments just that much more interesting, rather than using standard finishes.

The collection was built on seemingly disparate references such as the “tile” design, netting and ornate embossed accessories but overall the collection felt very resolved as the references were used and then echoed later on, appearing in another garment, another colourway. Details that would be invisible from full length catwalk photos suddenly appear close-up and highlight just how much thought is put into each area of the garment – without distracting from the vibrant colours and patterns. 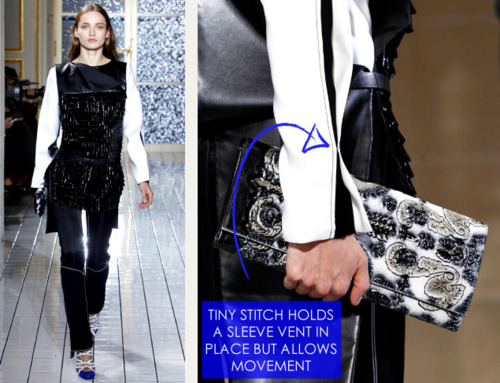 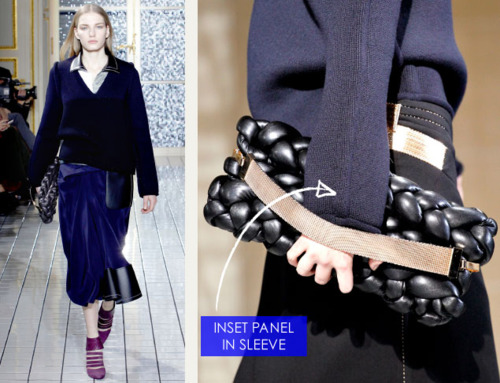 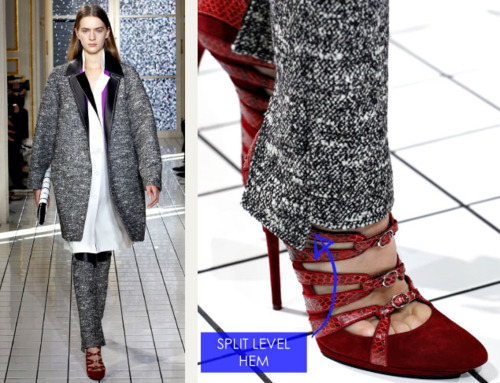 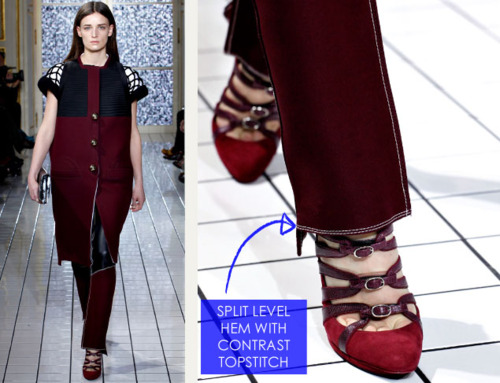 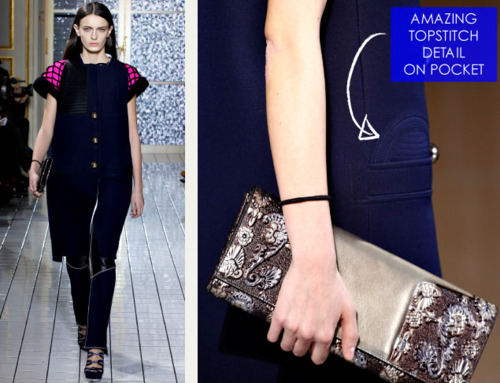 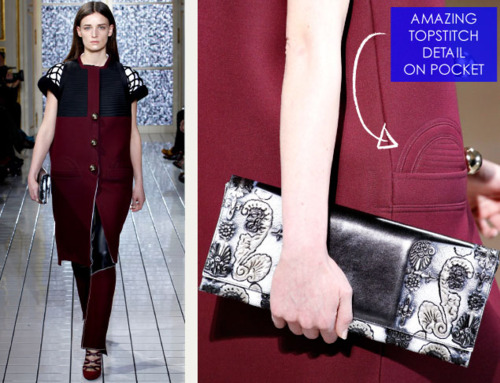 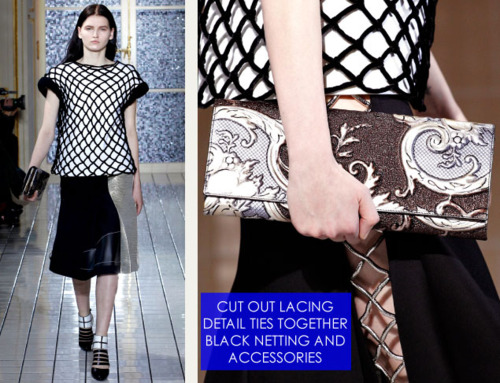 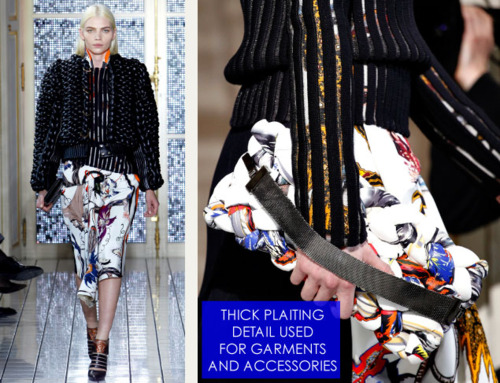 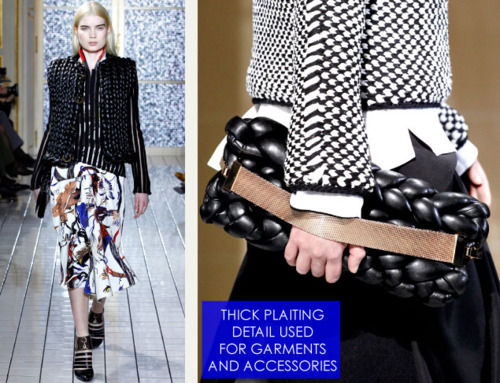 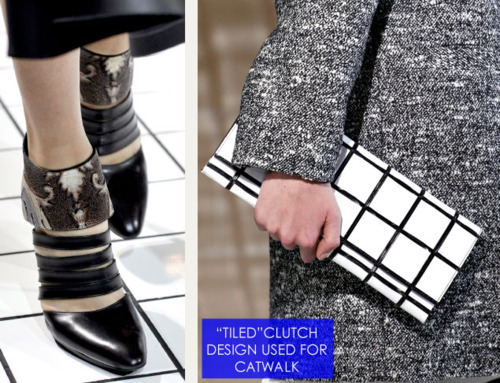