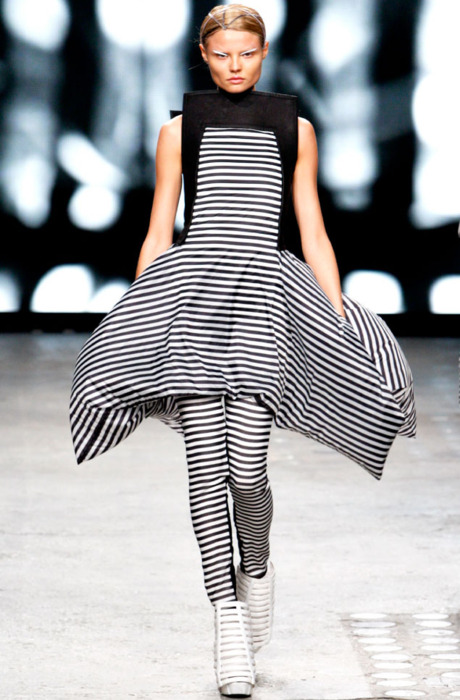 The Spring-Summer 2012 collection by Gareth Pugh built in an interesting way, especially through the disciplined black and white pieces. While there are basic forms and silhouettes that are being continually remoulded by Pugh season after season, the treatment of the shapes is always very different on a structural level. So much of what creates the interest as the collection unfolds is in the comparisons – Pugh will give you both extremes of the one idea, so you can compare the effect of the rich black and the stark white, or watch as the most rigid structure is turned into flowing self stripe chiffon.

In this particular collection the pieces came out as opposites of each other at times, identical pieces presented in both black and white, with the two opposite tones merging towards the end of the collection into stripes and grid patterns. The use of black and white striped fabric seemed newer in this context – more representative of the positive and negative spaces in the cage structures, rather than just a simple stripe. By comparing the black and white versions side by side it is interesting to see what your eye is drawn to first in each version, how it effects the shape of the body and what becomes more or less flattering in each of these extremes.

The cages themselves appear as though they could have been made of carefully constructed channels of fabric made rigid with boning – though a closer look would definitely be needed to examine this as boning typically has all sorts of issues with curling and bending, not generally characteristics conducive to hard line stripes and grids. 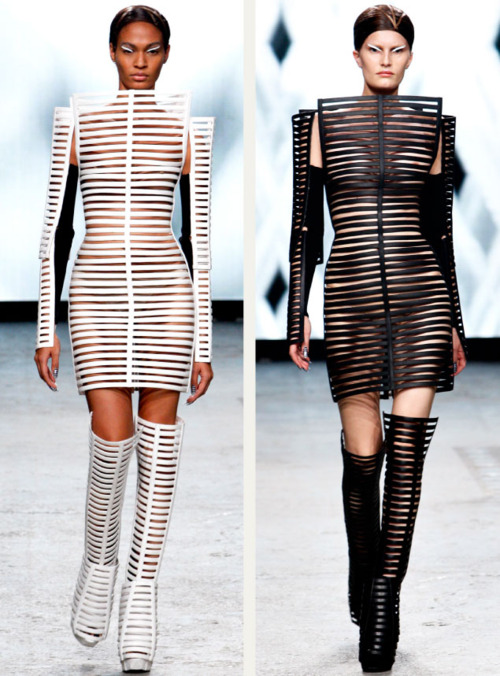 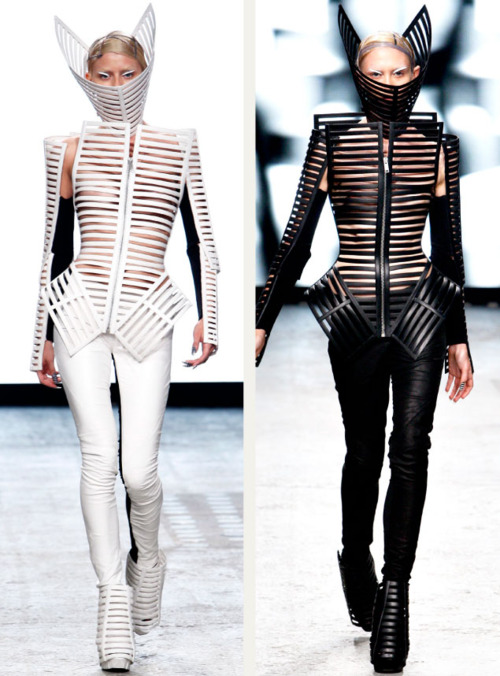 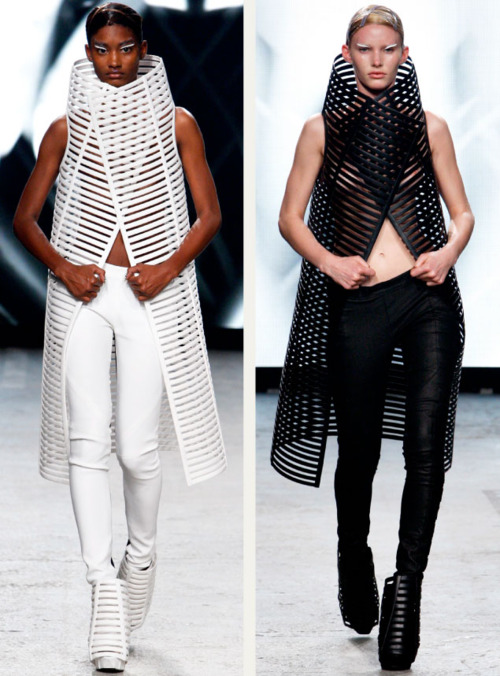 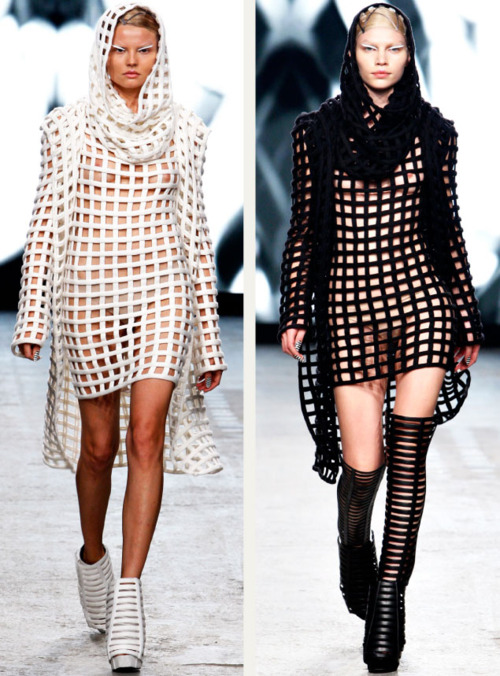 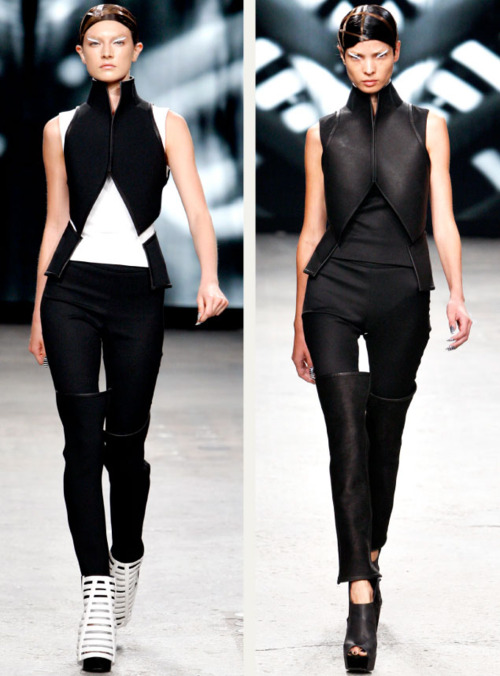 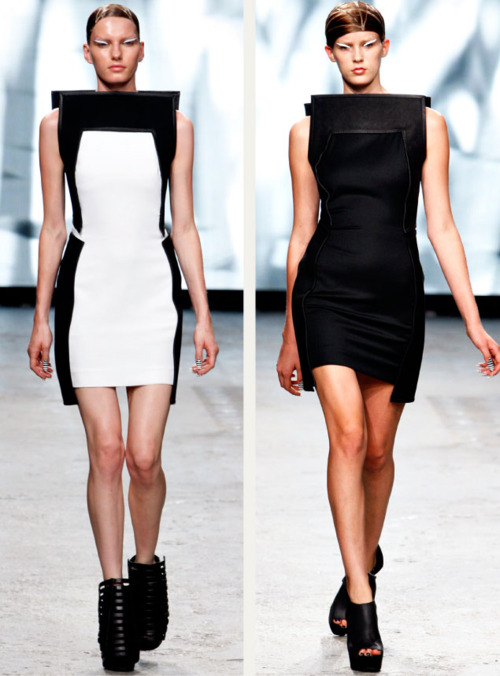 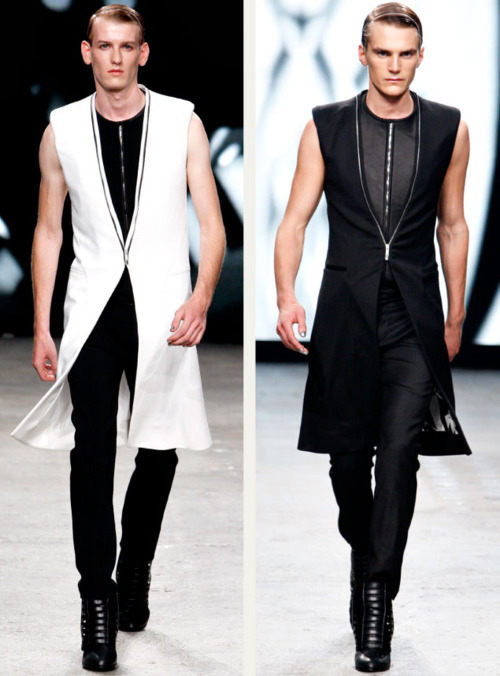 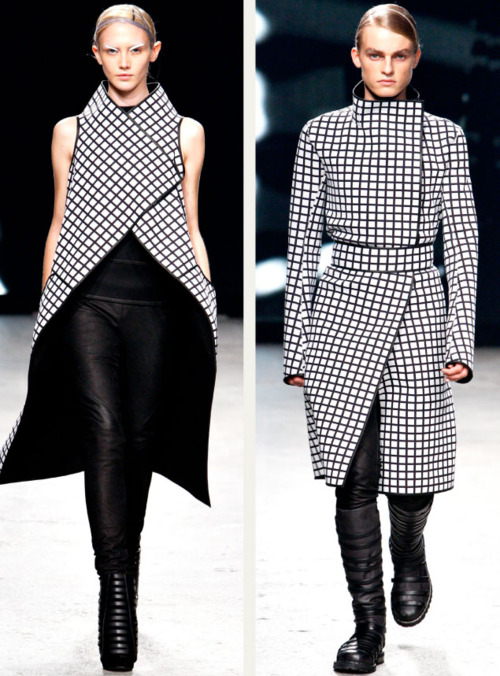 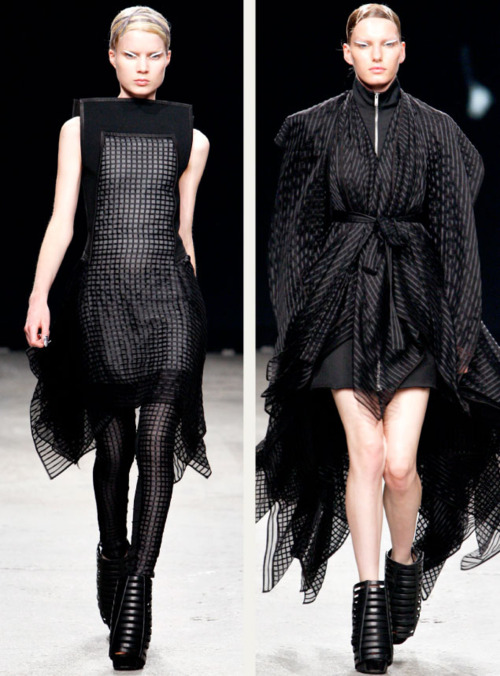 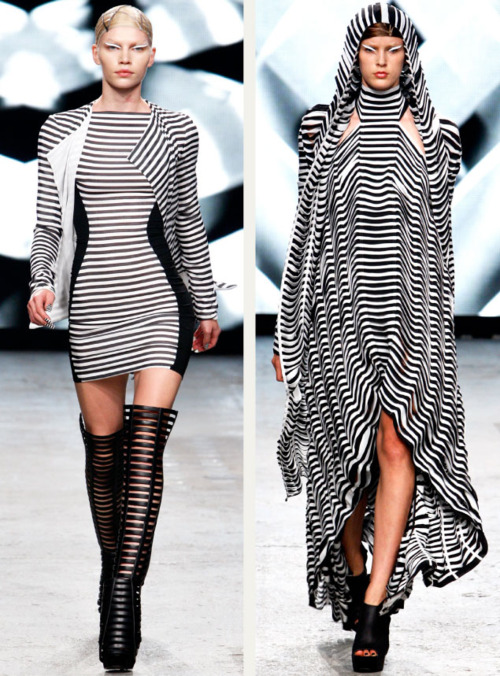