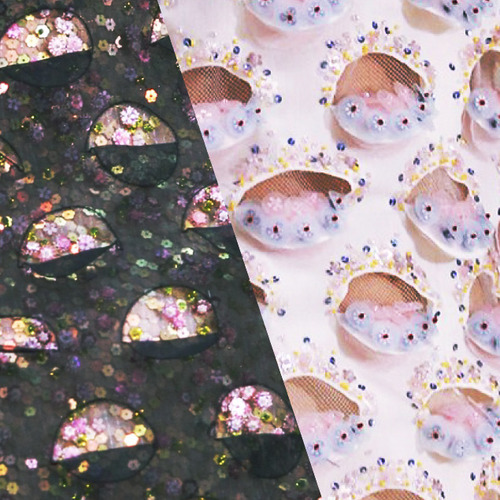 The Spring-Summer 2014 Couture collection from Dior was filled with intricate textiles that often centred around layering, cutouts and exquisite embellishment. Sheer fabrics with cutouts were often layered over tiny flower shaped sequins, or cutouts were folded back to reveal clusters of tiny beaded flowers.

There was an intense level of detail in this collection which was balanced with the use of simple silhouettes and a fresh colour palette that centred around white and black and sometimes embellished with sugary pastels.

A special lace also appeared to have been developed which left small fill sections hanging by only 5 or so threads. When used so that the fills hung downwards this created a moving polka dot effect. When the fills were hung the other way, and forced backwards on their tenuous threads by gravity, this create a lightweight, bouncy effect where the fabrics moved and shimmered as the models walked.

This feeling of movement was also seen in one garment where tiny feathers floated above textiles where sheer white cutouts were layered over pastel, opalescent sequins. 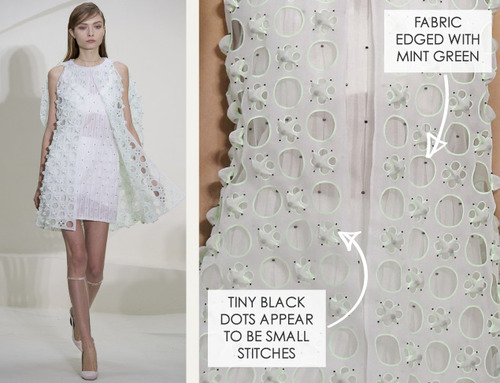 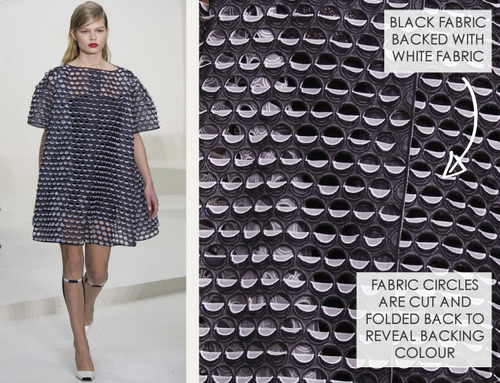 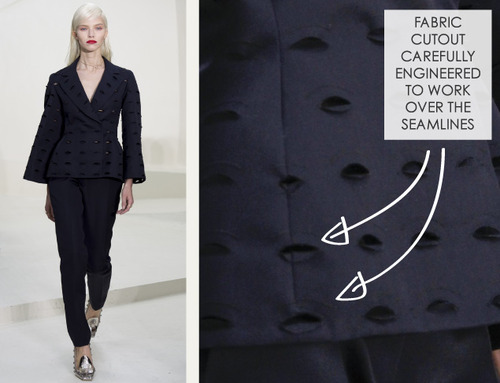 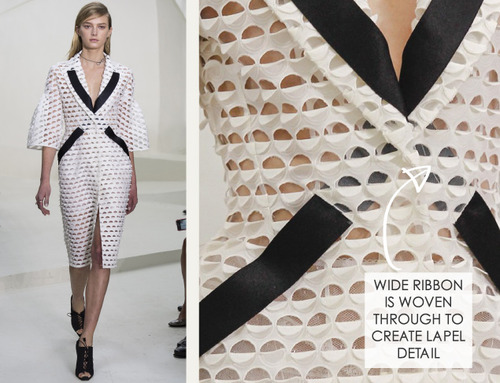 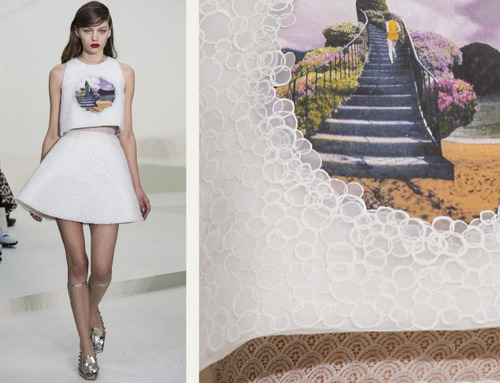 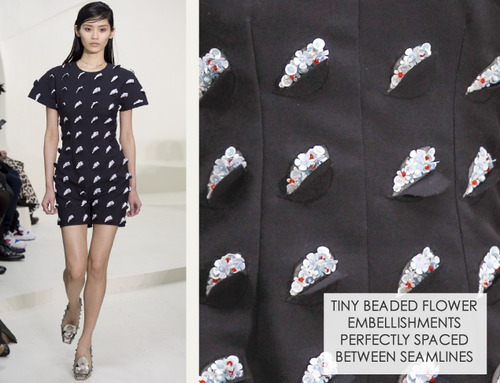 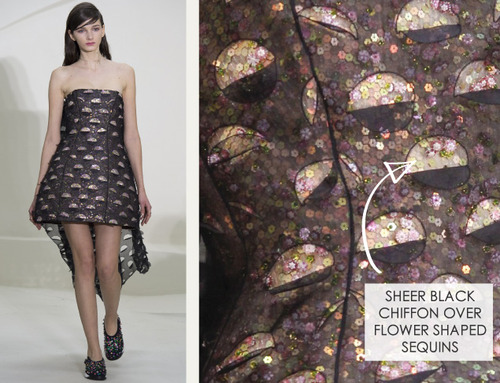 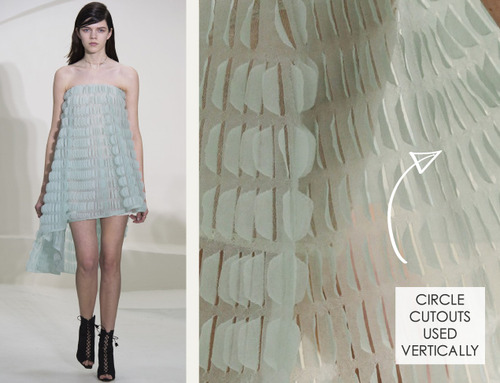 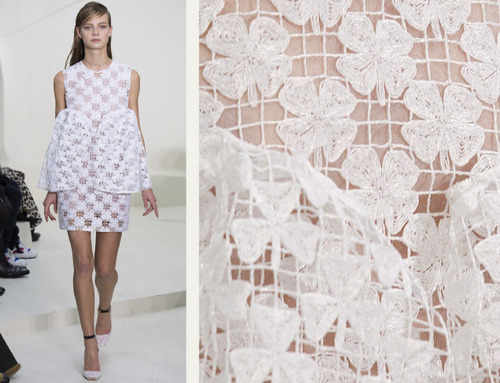 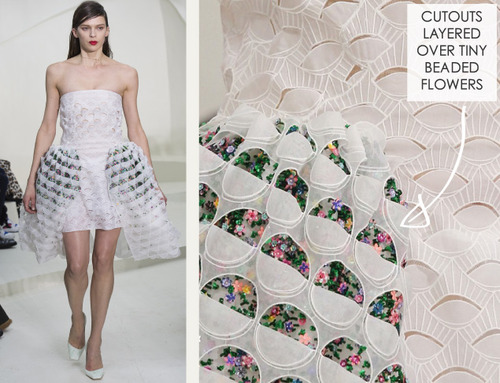 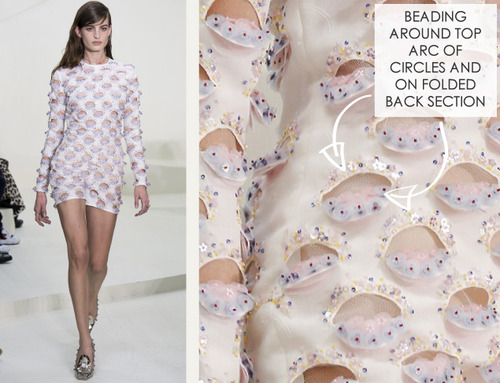 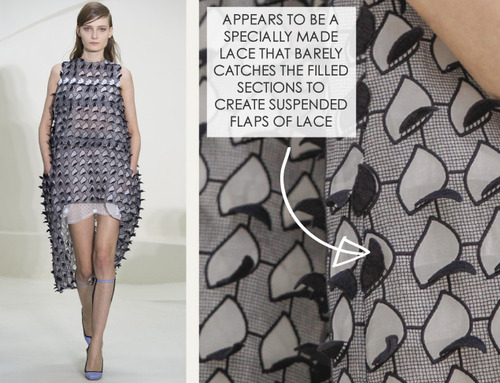 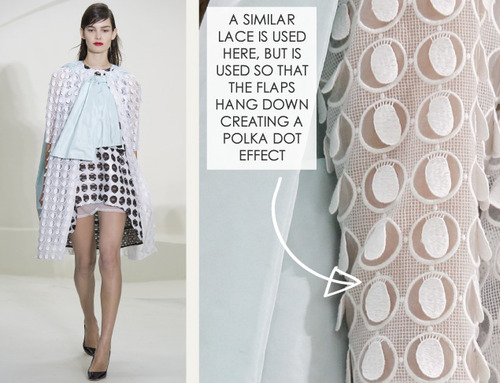 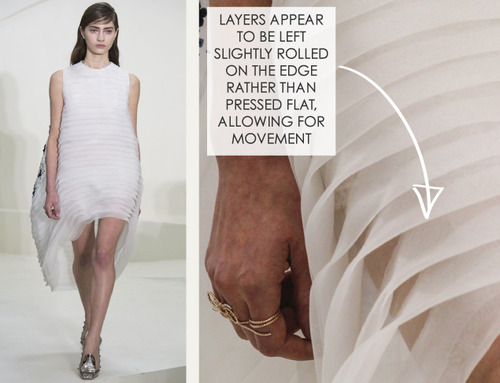 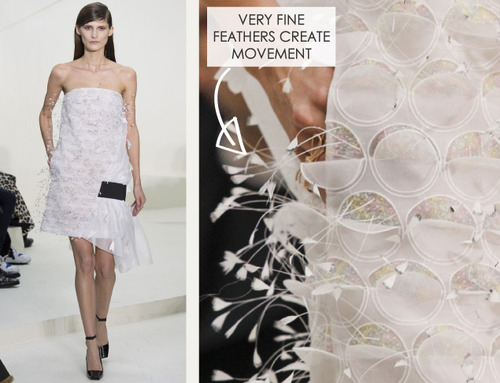 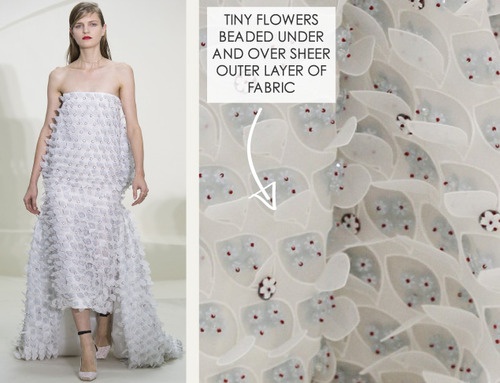