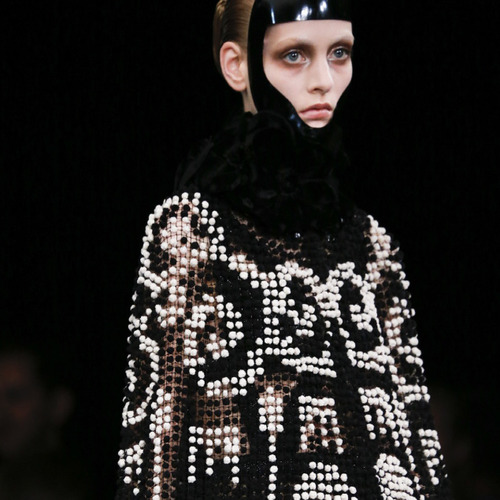 For the Spring-Summer 2015 collection at Alexander McQueen, creative director Sarah Burton drew inspiration from a personal collection of kimonos collected from Japan. This resulted in garments that combined organic motifs with geometric silhouettes using exquisite construction and fabric details.

The simple geometry of kimono patterns became evident in the square and rectangular details that appeared throughout the collection as collars, panels and shaped skirt yokes. There was a consistency in the widths of many of these details with straps and harnesses echoing the widths of panels and pocket welts.

The floral motifs and leaf shapes that often adorn kimonos appeared in various abstracted forms, with pale pink motifs flowing across the panels of jackets, or cut in sheer pink fabric and layered for long rustling skirts. These organic details formed a nice contrast against the more severe lines of the harnesses and square necklines that frame much of the collection. 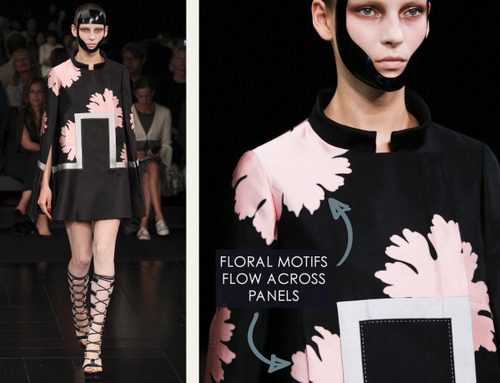 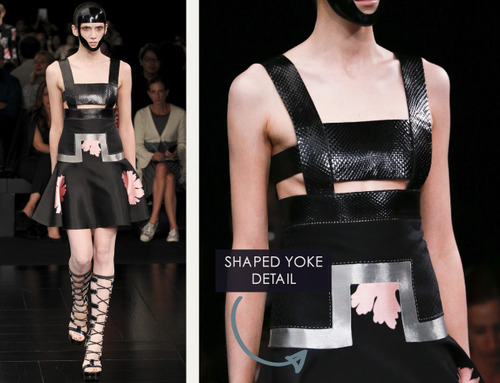 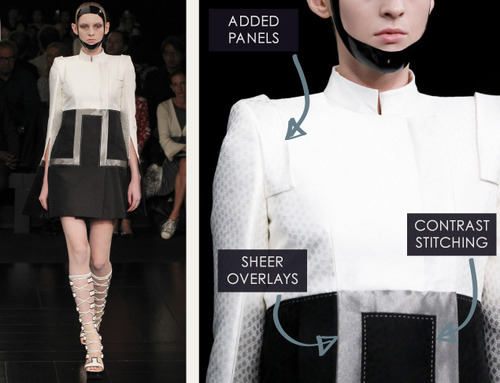 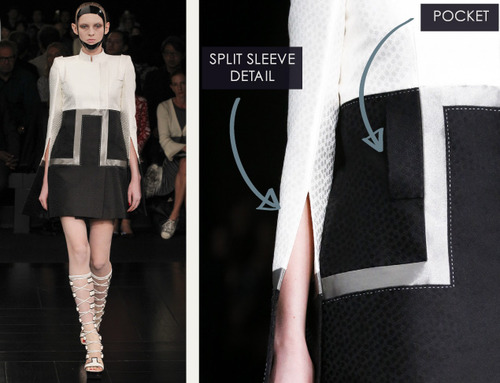 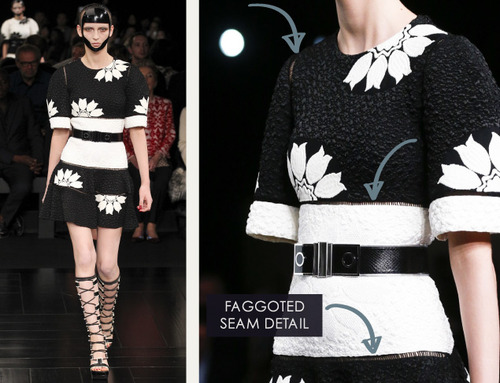 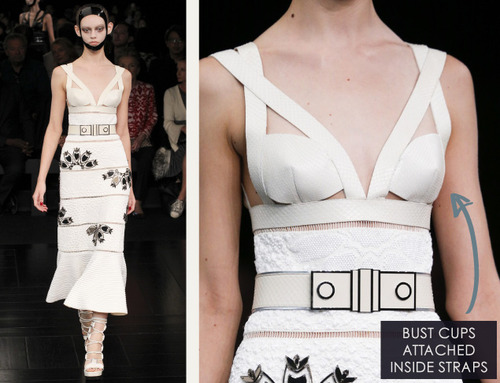 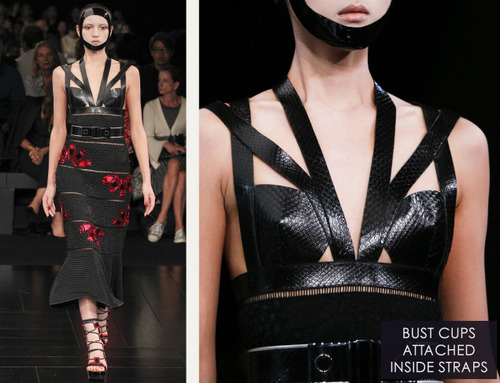 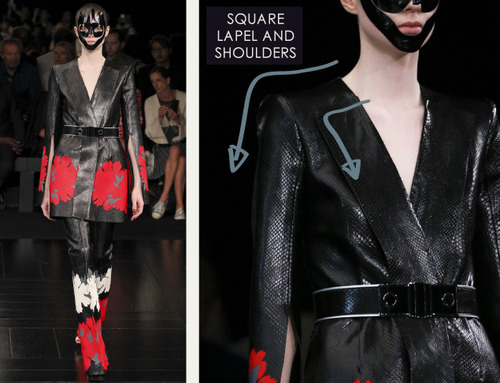 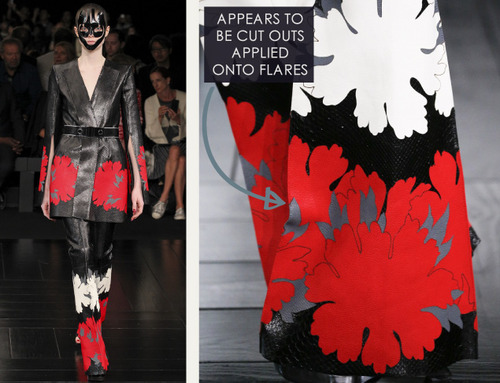 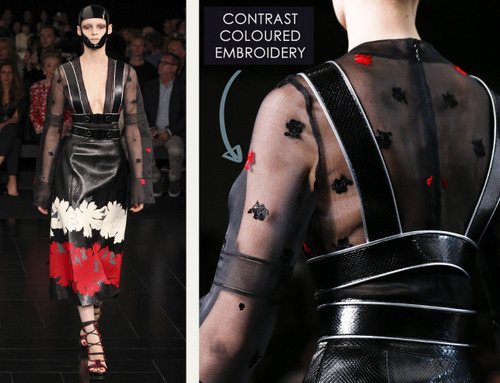 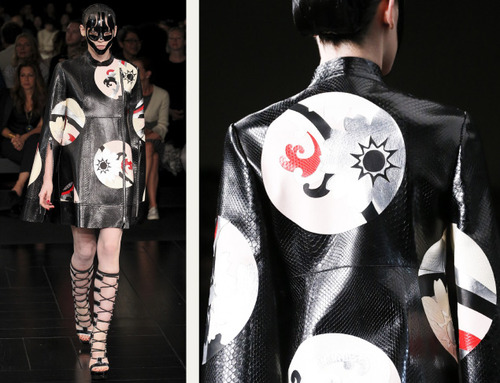 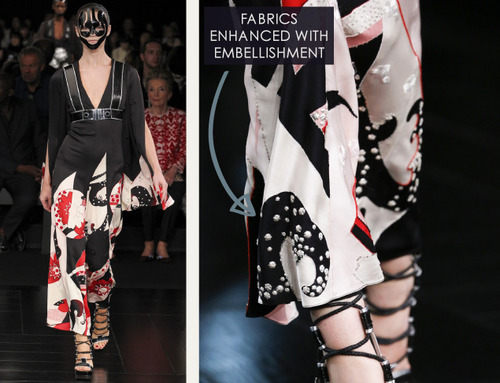 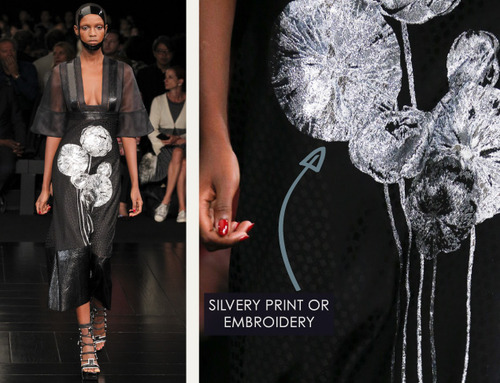 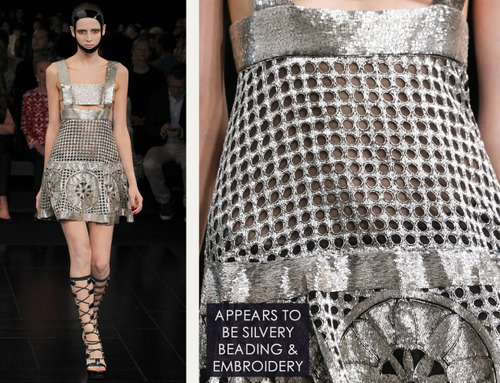 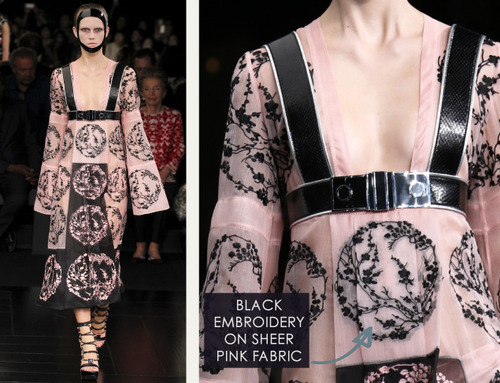 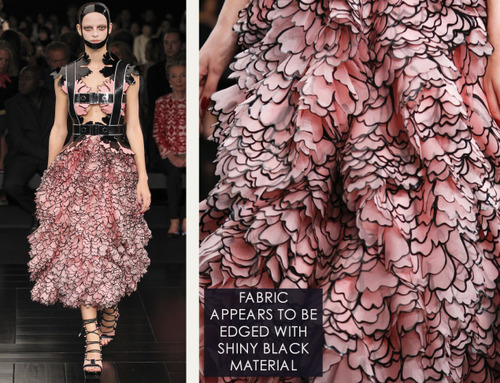 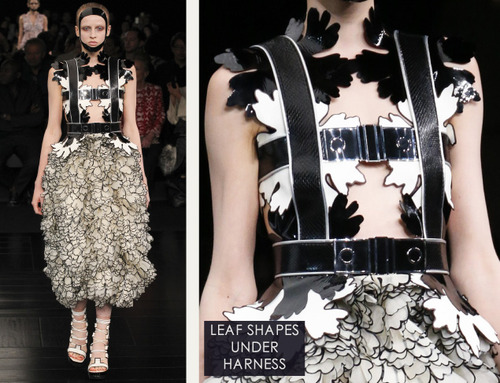 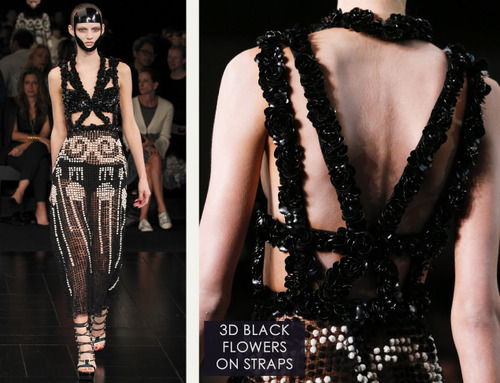 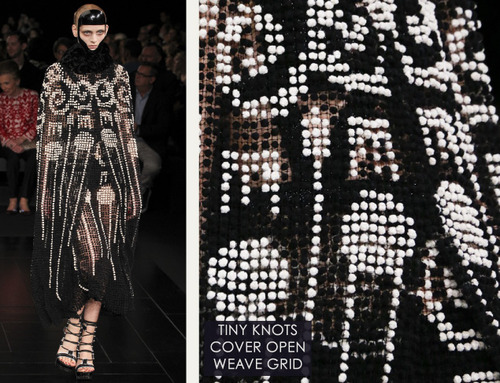