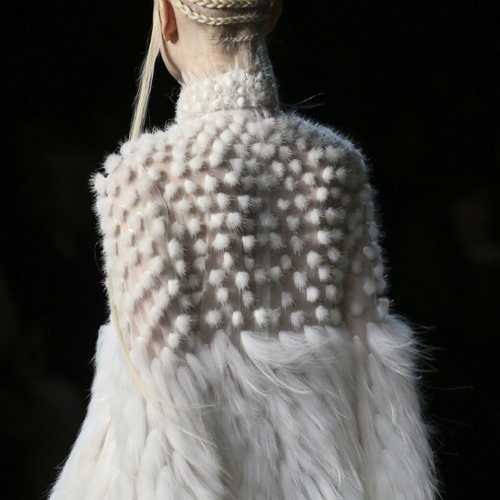 Treading that fine line between fashion and costume, the Alexander McQueen collections always use fabrics and detailing in a way that seems otherworldly. For Autumn-Winter 2014, Sarah Burton’s collection involved embellishment and textile work that blurred the lines between fabric, feathers and fur.

The dark fairytale that appeared to be played out by the catwalk show involved traditional embellishment techniques such as smocking and pleating which were used on light broderie anglaise to create tiered dresses in triangular silhouettes.

Some garments were entirely taken over by the embellishments, such as the coats covered in tiny jewel-toned feathers and the dresses taken over by large rough flowers that appeared to be made out of fabric with frayed edges.

The appearance of the textile, and the actual composition was constantly blurred throughout the collection. Some garments featured small tufts of fibres which could have been fur, or trailing feathers, or that may have actually been some sort of shredded fabric. (In an interview on Style.com», Suzy Menkes mentions that the tufts were actually created using shredded organza). 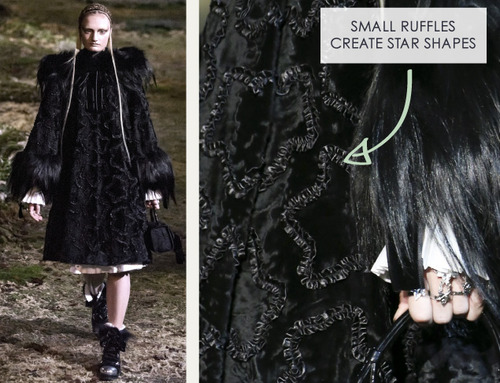 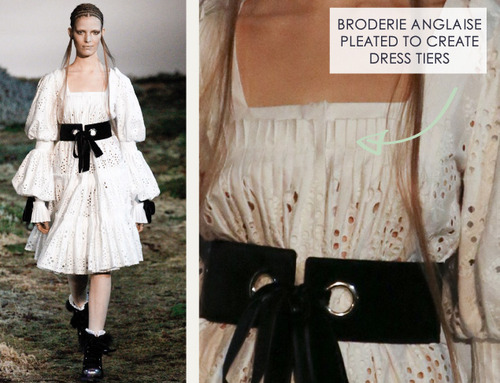 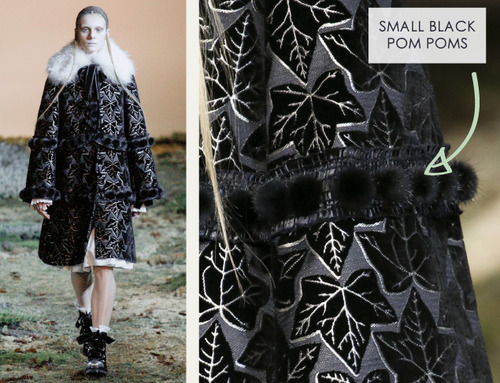 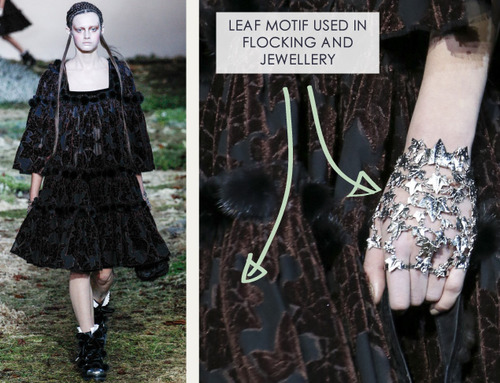 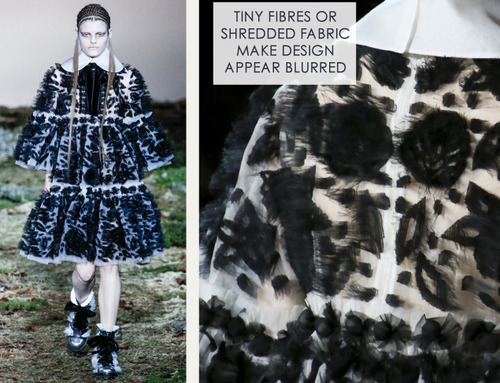 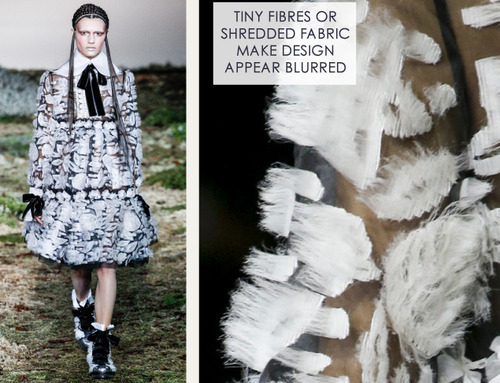 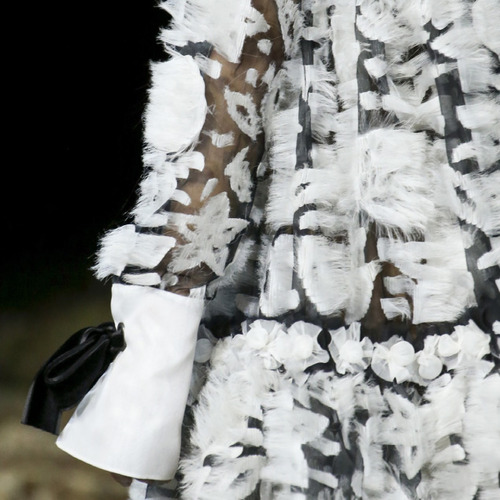 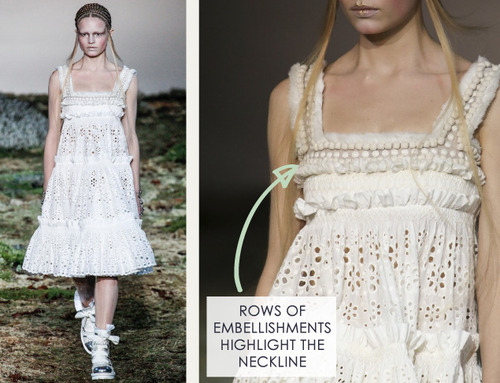 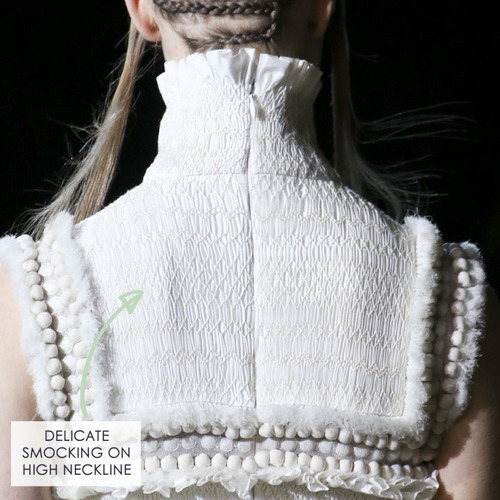 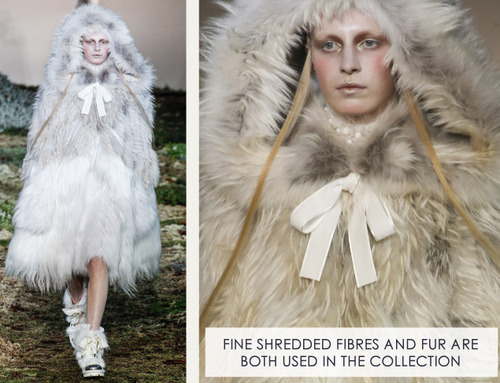 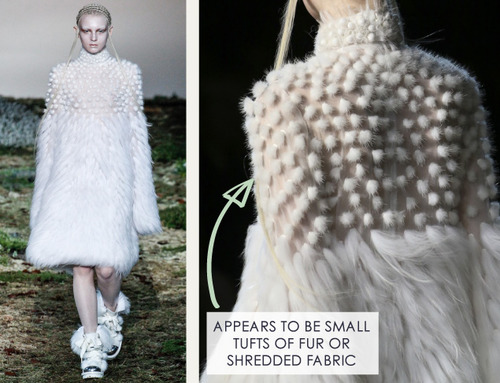 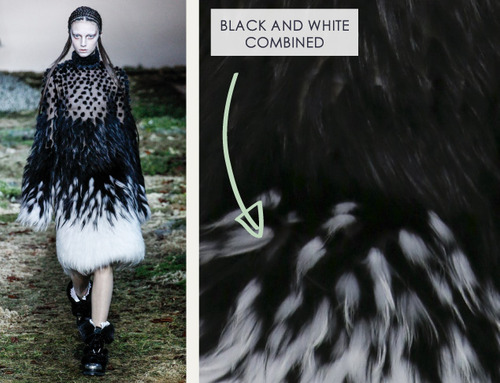 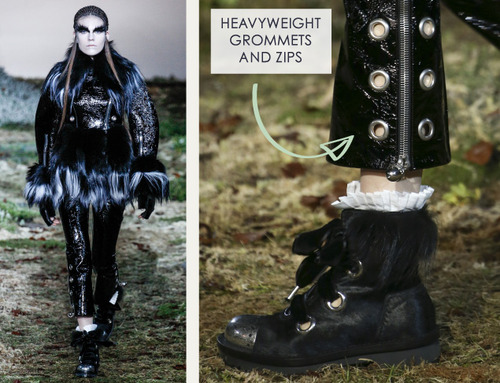 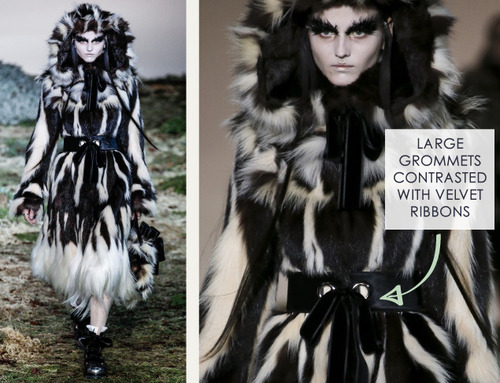 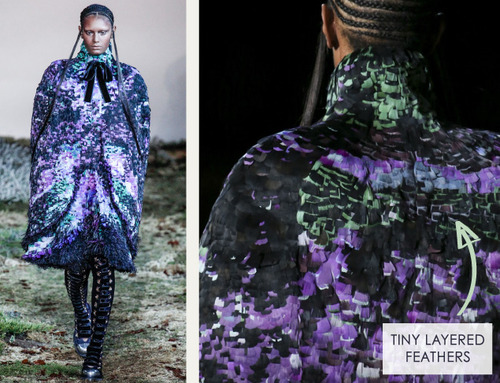 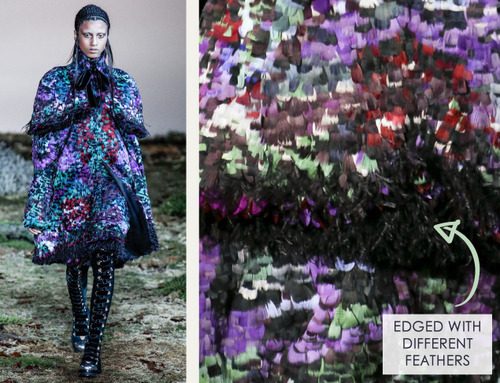 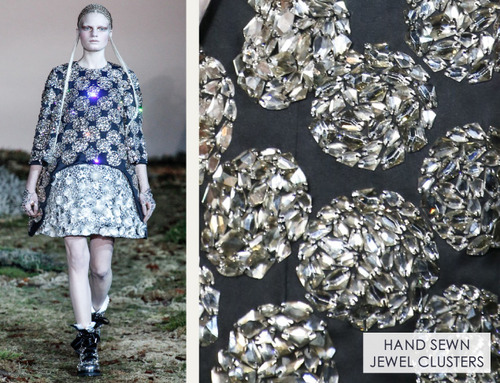 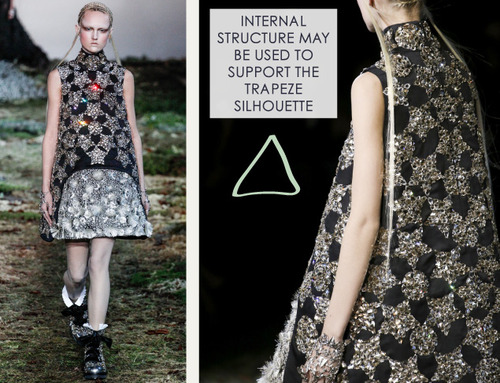 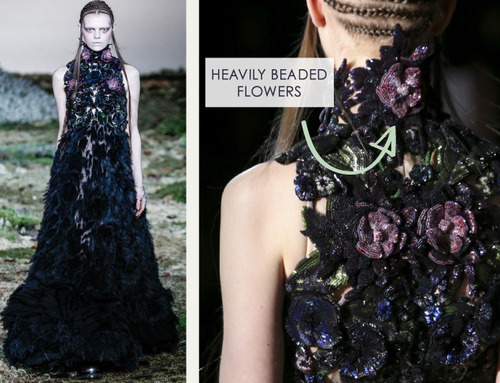 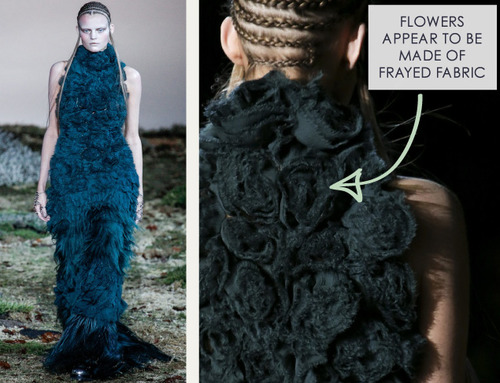 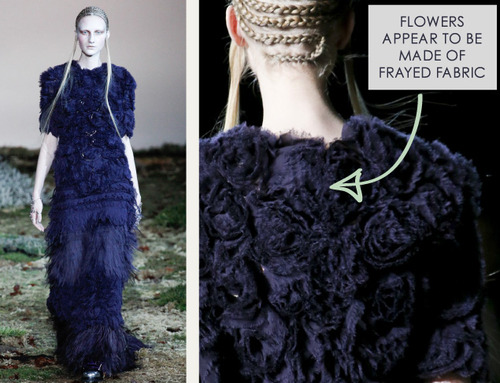 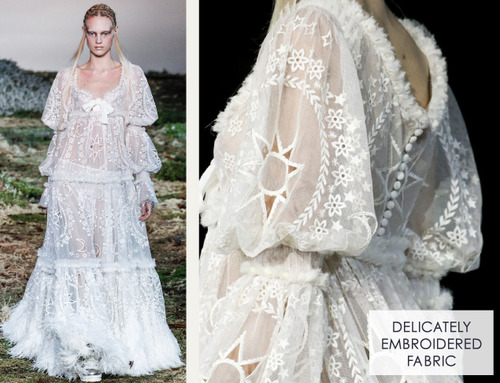 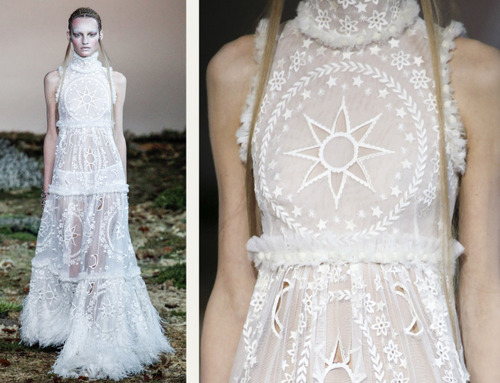