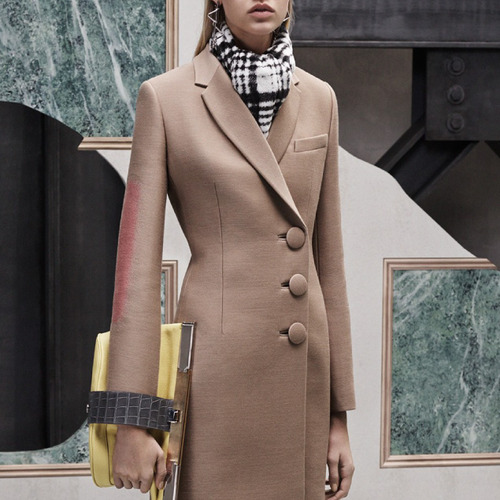 For the Autumn-Winter 2015 pre-collection at Balenciaga, many of the designs seemed to be engineered around the fastening details, with patterns cut in proportion to giant buttons and snap fastenings doubling up as embellishment.

Many of the large buttons were metallic, and these were often used to punctuate monochrome looks. Many of the buttons were also covered buttons, and these were often paired with bound buttonholes. This helps to create a seamless colour effect since you are able to use self fabric to cover the buttons, and to create the welts on the bound buttons as well.

Another interesting detail to note was the stripes of contrast colour on a couple of the tailored pieces. These seem as though they may have been created by felting a section of the garment, (afterall, we’ve seen creative director Alexander Wang use felting in the past»), or possibly this effect was created with a thick smear of pearlescent screen printing pigment. 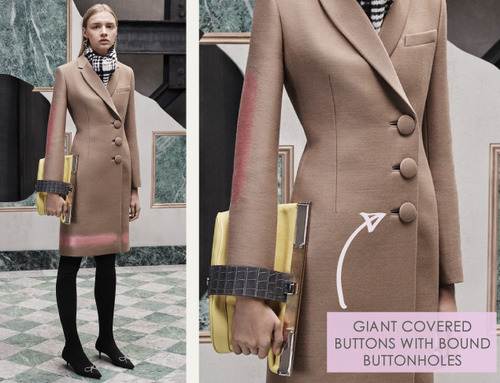 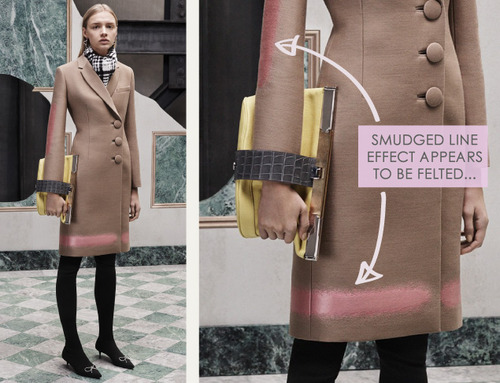 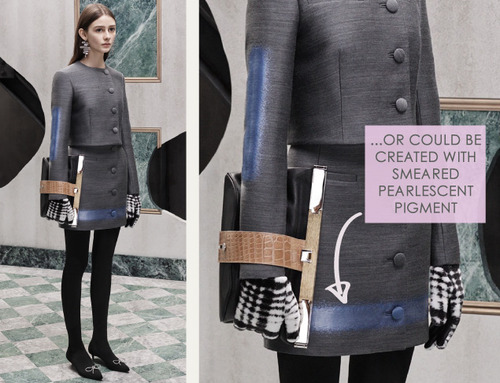 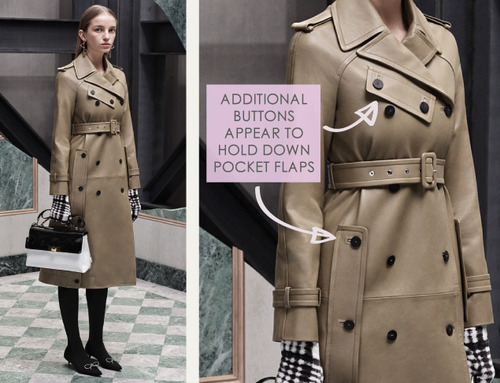 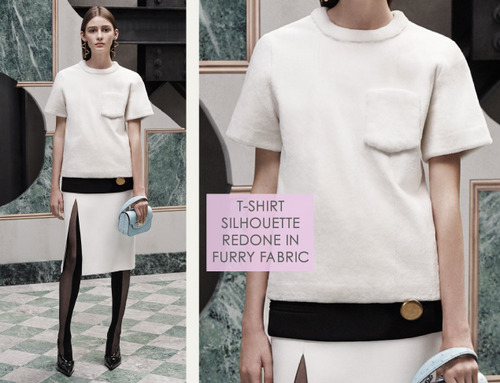 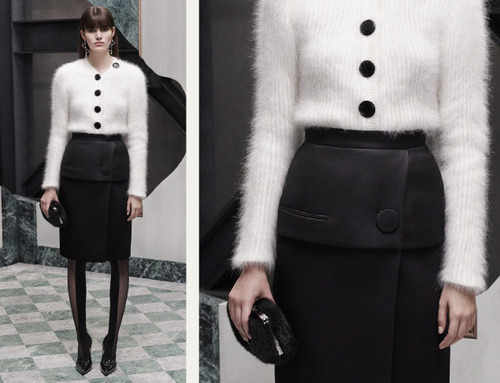 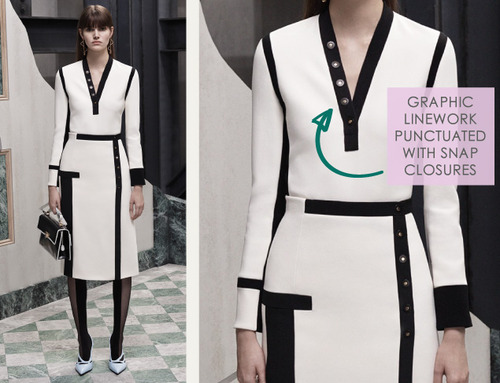 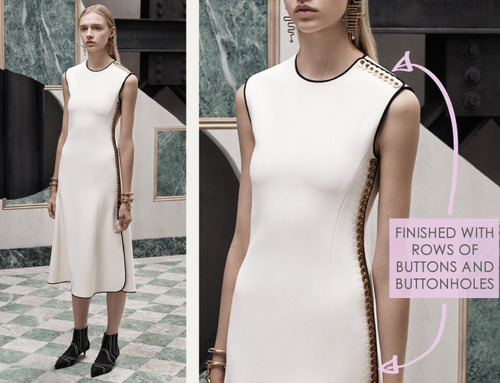 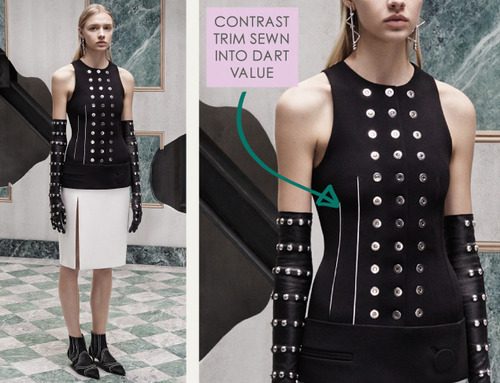 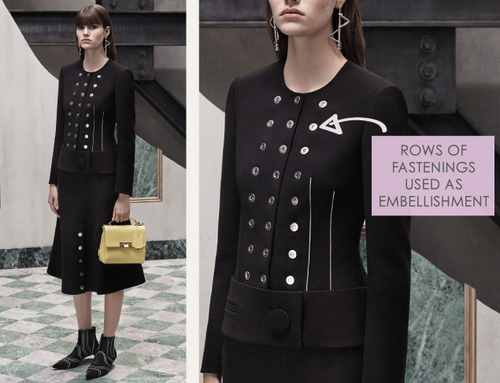 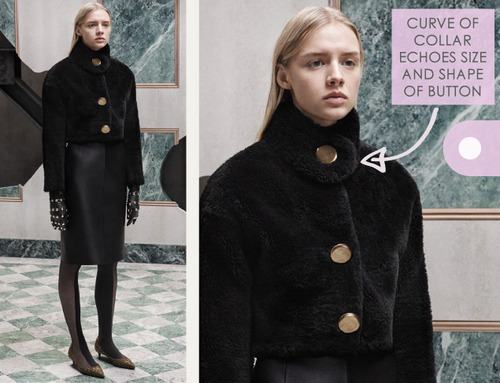 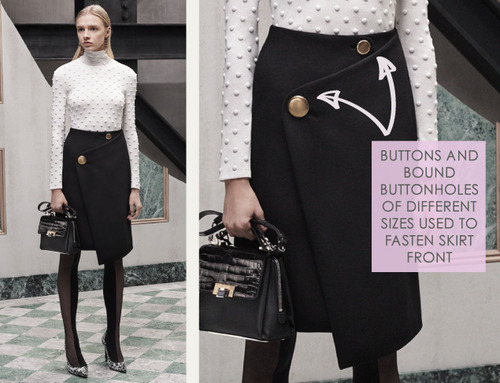