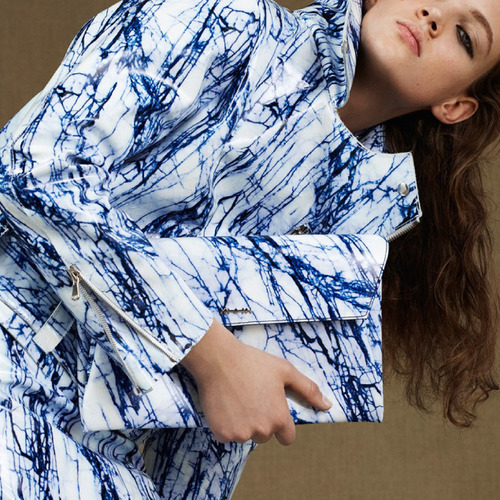 The prints seem reminiscent of many of the marbled details which keep popping up online, usually seen in an interior design context, and even the graphic shape of the belt buckles seemed to be an echo of the sort of hardware which you might see on objects of contemporary industrial design.

While the marbled blue and white fabric seems to have been printed before the garments were cut and sewn, the textured black and white print looks as though it may have been applied to a finished garment. The telltale sign of this process is where you can see white sections of fabric. These sections of fabric may have escaped being printed if we assume that these areas were crumpled before the screen was placed on top to flatten out the fabric.

If you were looking at using techniques like this for yourself you could screen print parts of the garment in stages if needed. For example, you could sew a garment to a point and then screen print the fabric to get certain effects, and then complete the construction of the garment using plain contrasting fabrics or meterage of fabric printed with the same design. This would give you greater control over the effects that you could achieve for show pieces, although of course would probably be too time intensive for garments designed for mass manufacture.

Feathers also appeared in a couple of different variations throughout the collection. They were predominantly used on the shoes to create a shaggy effect, which at times helped to emphasise a triangular and bottom heavy silhouette when viewed in the context of the complete look. Feathers were also used in one dress trapped underneath a layer of tulle, which almost makes the fabric read as a print when viewed from afar. 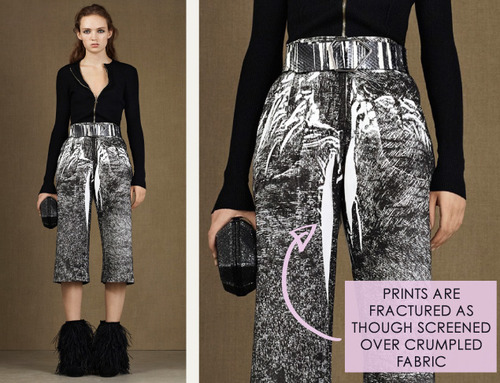 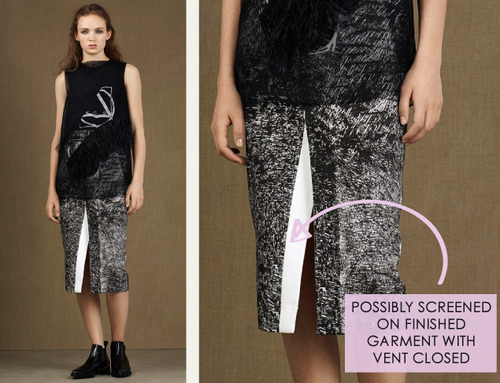 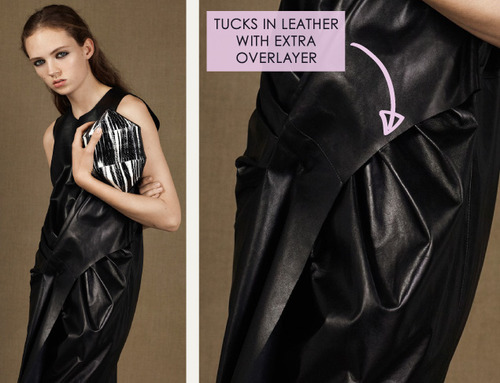 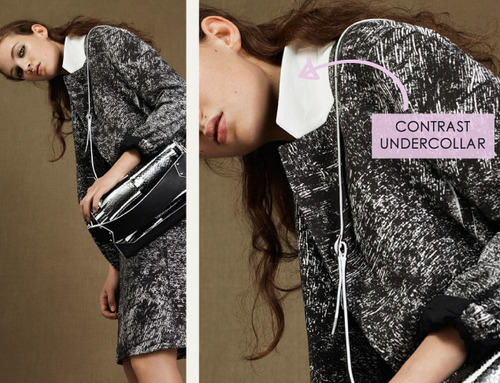 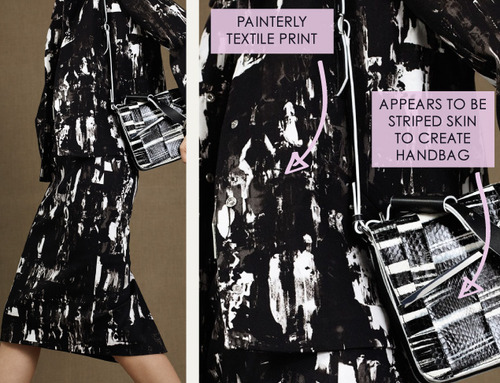 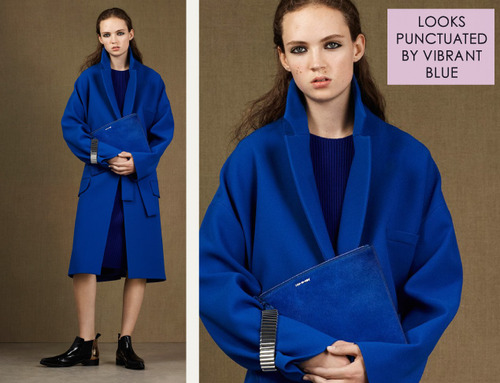 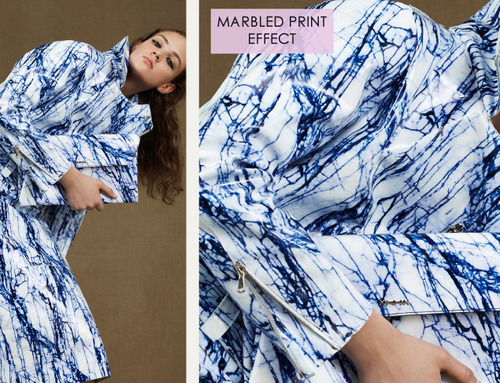 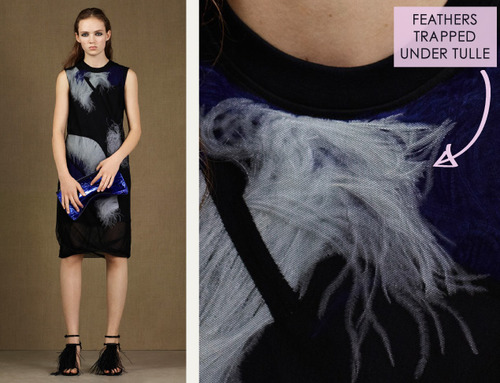 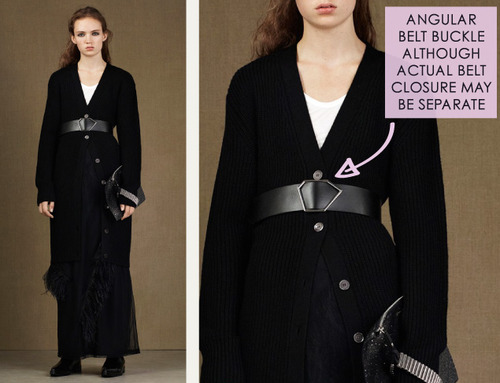 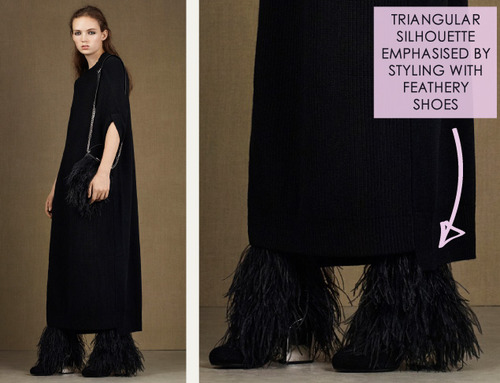 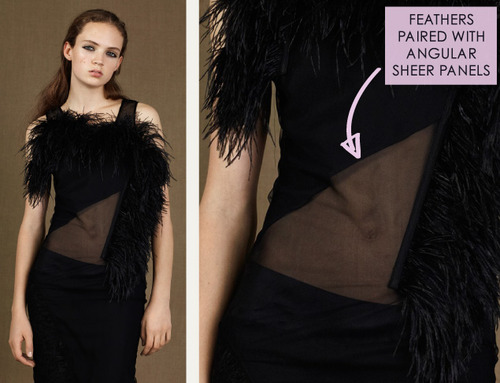 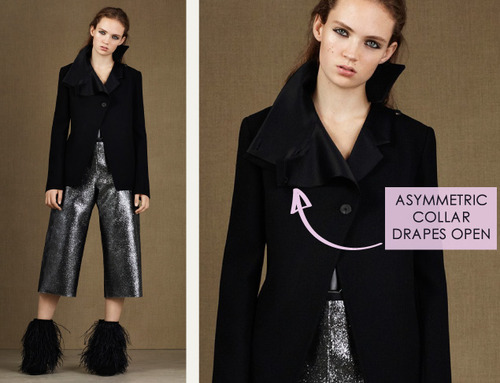 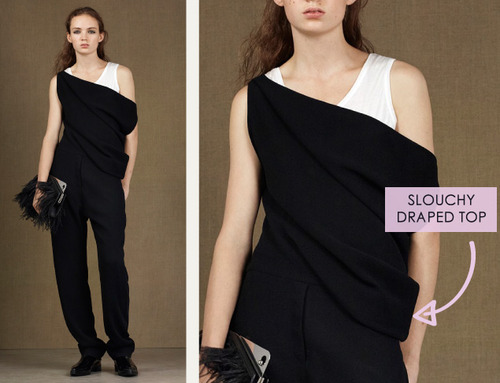