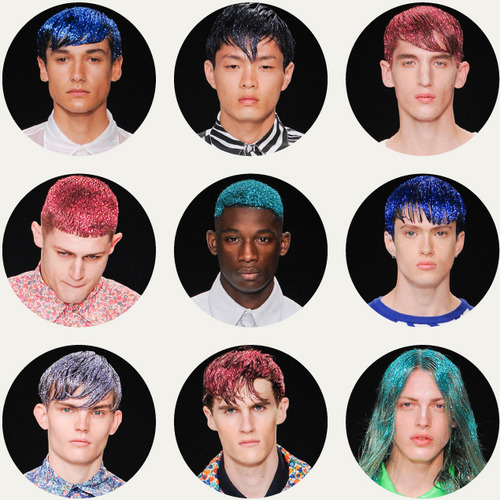 The dropped double waistbands and zippered armholes would not have appeared out of place on the catwalk of some of the avant garde Japanese designers or even used in the context of some Antwerp 6 inspired deconstruction, but it was the way these details were worked with a specifically club and street style attitude that made them wearable.

Despite the fact that a high trouser waistband would normally make the body look short and boxy, the double waistbands were also used cleverly with contrast black and white to play with the proportions of the body and tricking the eye into making the body appear longer.

The use of vibrant watermelon, orange and lime appeared in both matt latex and glossy pvc to create the final looks, where fabrics were often cut raw and clean and left unfinished with no fear of fraying. The shiny fabrics also played well on the elasticated waistbands and cuffs in the collection, and the ruched fabrics caught the light in wavy patterns that seemed to echo the black/white and grey/white graphic prints that were used in other parts of the collection. 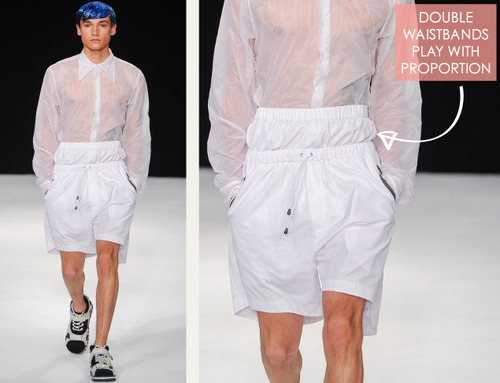 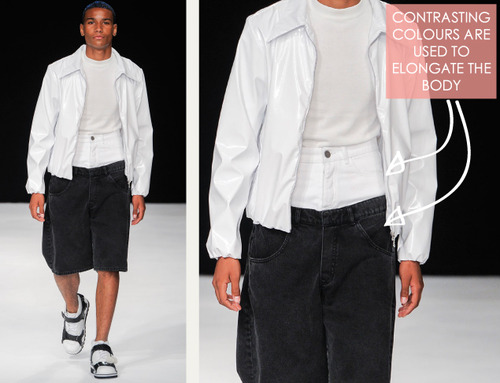 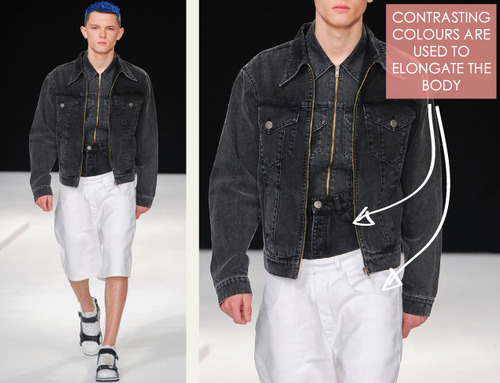 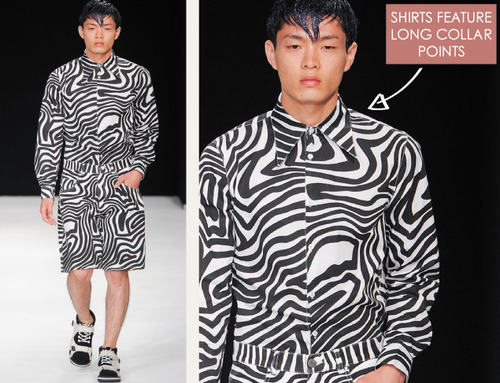 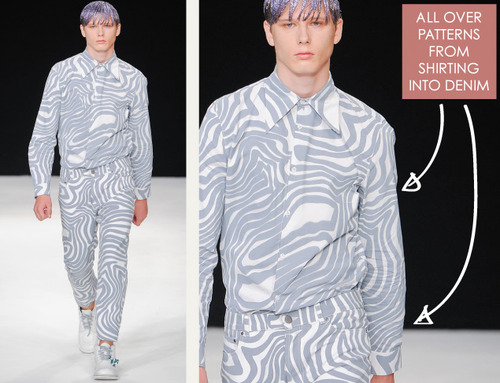 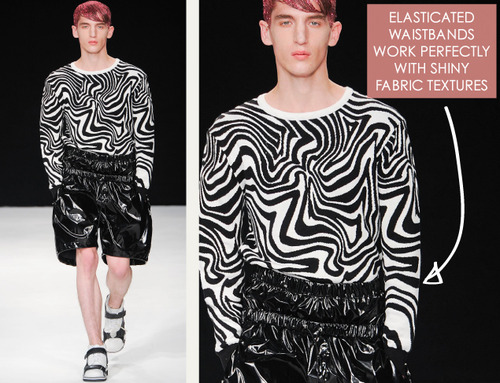 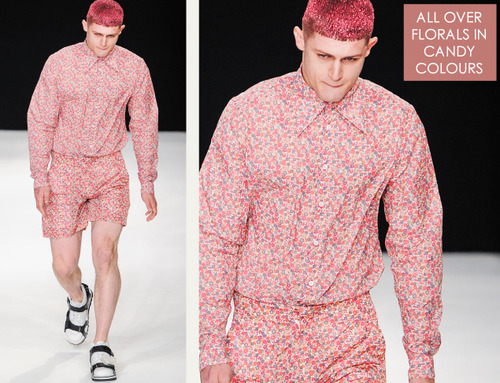 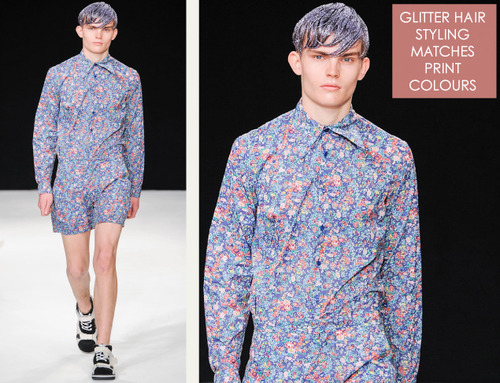 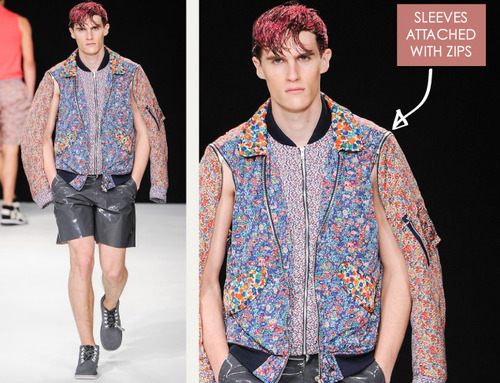 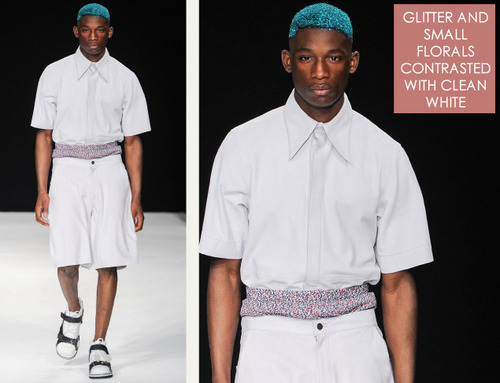 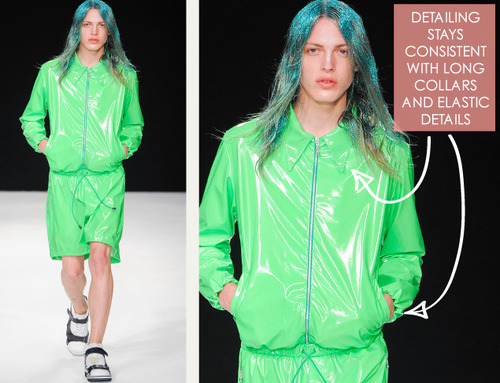 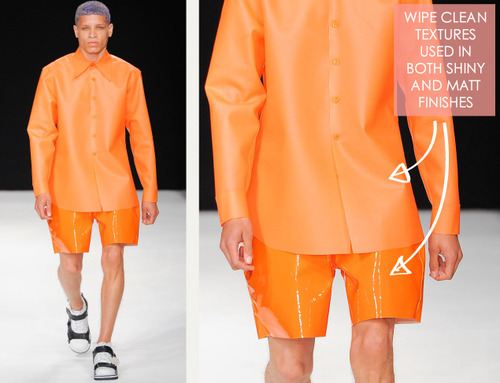 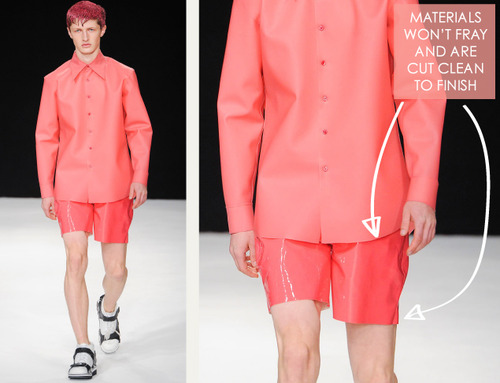