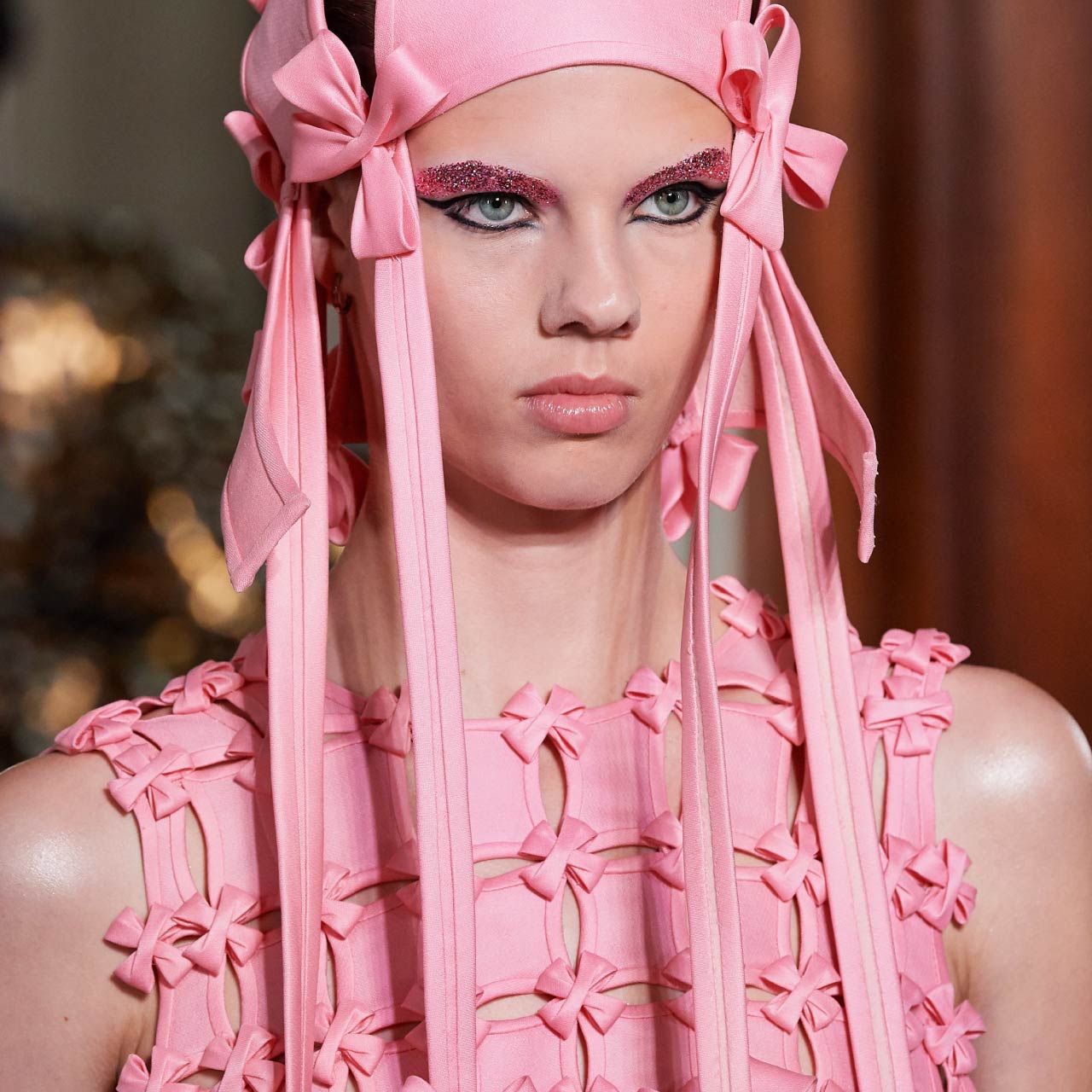 One dress that almost stood apart, thematically speaking, from the rest of the collection at the Valentino Haute Couture show, was a candy pink dress devoted entirely to bias binding. The overall shape of the dress had been broken down into small tapered pieces that changed in scale as they flowed down the dress, and each of these pieces was individually trimmed in bias binding in self fabric.

For anyone who has ever sewn bias binding, this is a mind-blowing amount of work, particularly in this scenario, where the pieces all appear to be sewn by hand and around tiny curved edges (not even straight ones). On top of this, you need to factor in the fact that from a pattern making point of view the pieces have all been engineered to take into account the actual shape of the garment. There are no darts or seams to fit around the bust in this dress, instead, the 2D to 3D shaping all takes place in the shape of the pieces themselves and in the gaps between the pieces.

UPDATE 21/10/19: Cutting Class reader Lee Jorgensen has suggested that the panels may have been made using a quilting technique called ‘Cathedral Windows’. There are various techniques for creating the Cathedral Window look in quilting, depending on whether you start from circles» or squares» of fabrics and using methods that are more» or less labour intensive. In this garment, a method would have to be used that would create a clear background to see the skin through the gaps. Possibly bagged out circles were used in this case, with the edges turned in and then slipstitched so that there is no visible topstitching. Of the two layers of circular fabric, the outer layer could be cut slightly larger so that the bagged out seam would roll under and be hidden from view once the slipstitching was complete.

One thing to note is that in this particular look, there is essentially only one fabric making an impact. When you are designing and there is so much in the garment within the pattern and embellishment itself, it is a wise call to stick to only one colour and texture rather than introducing other distracting elements. 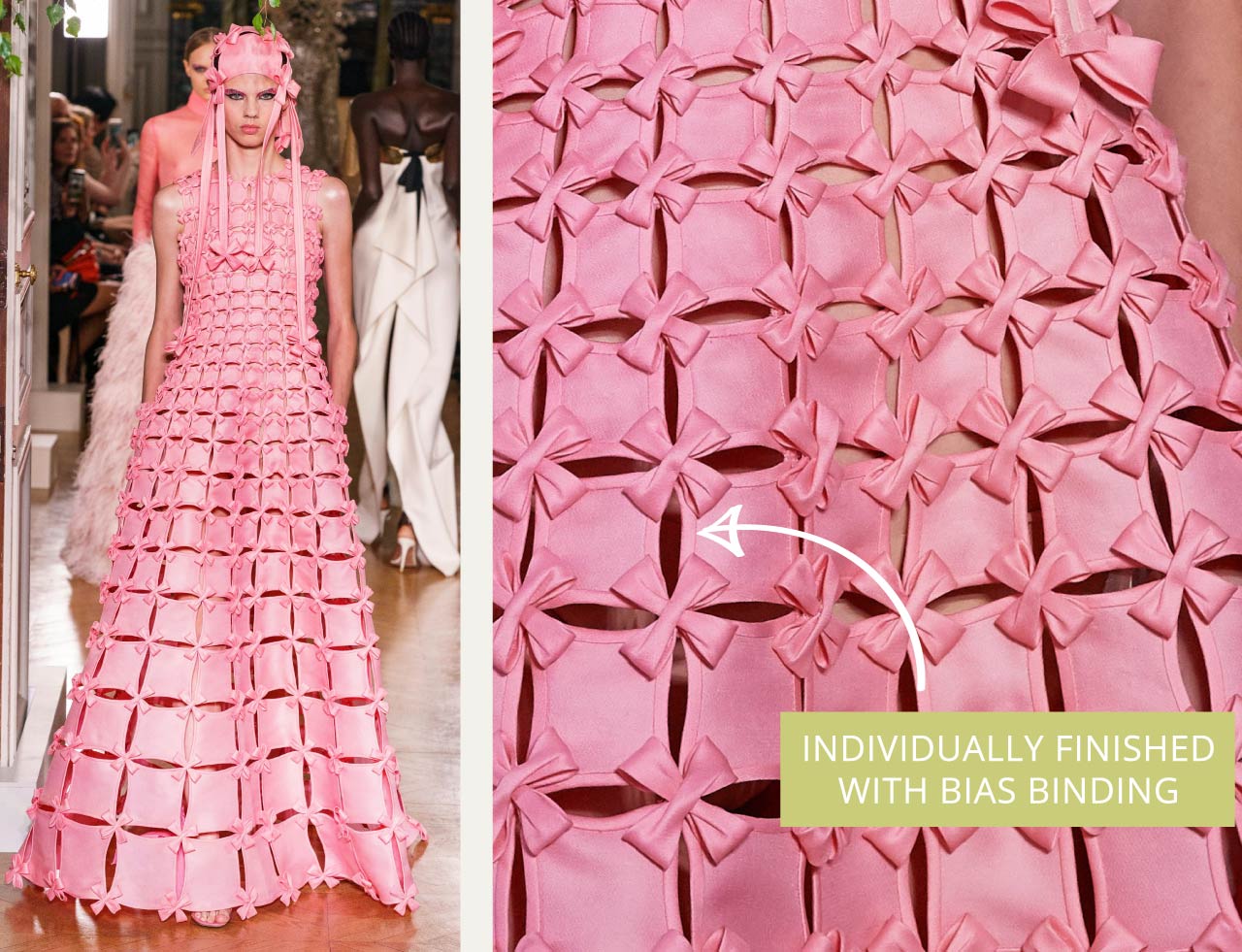 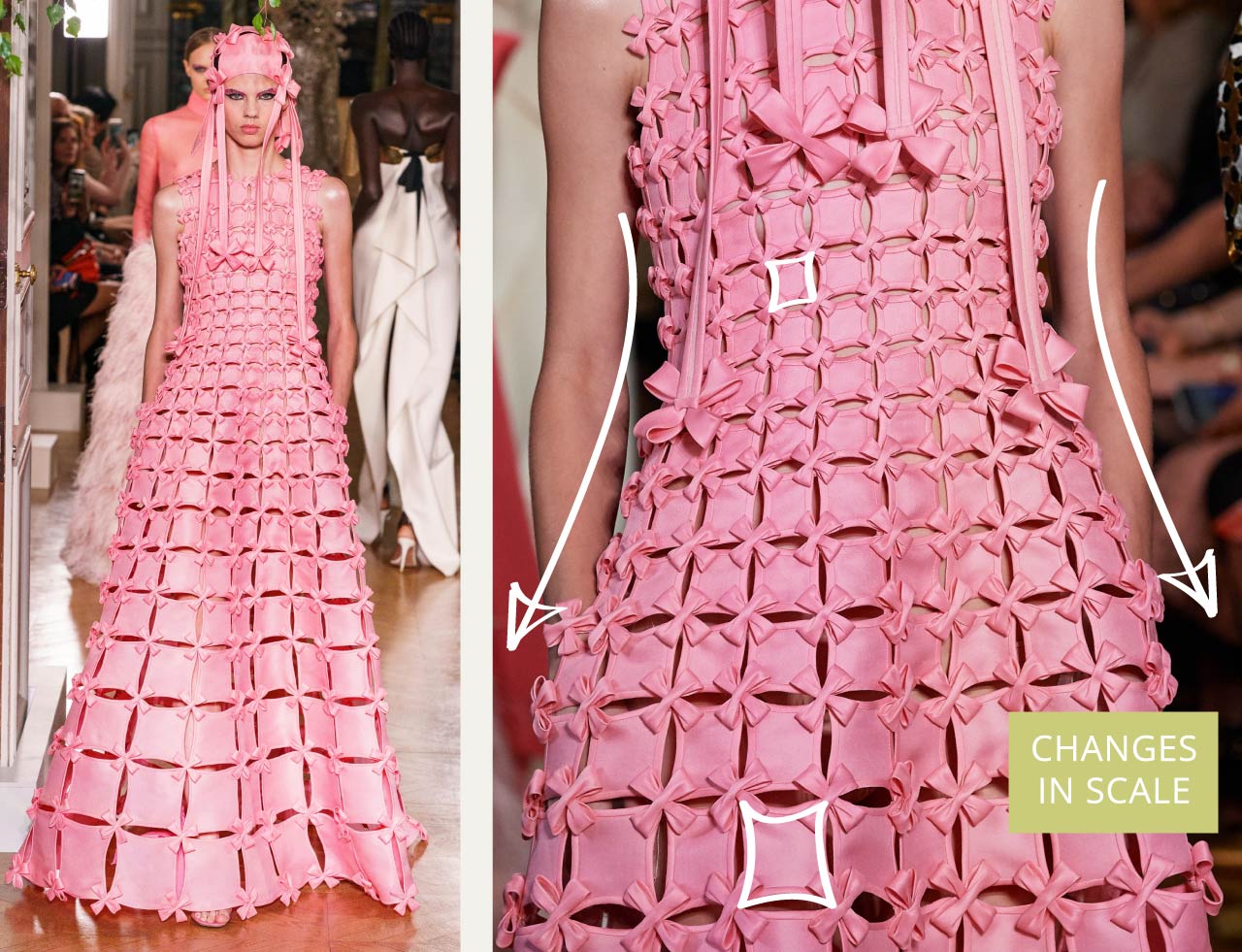 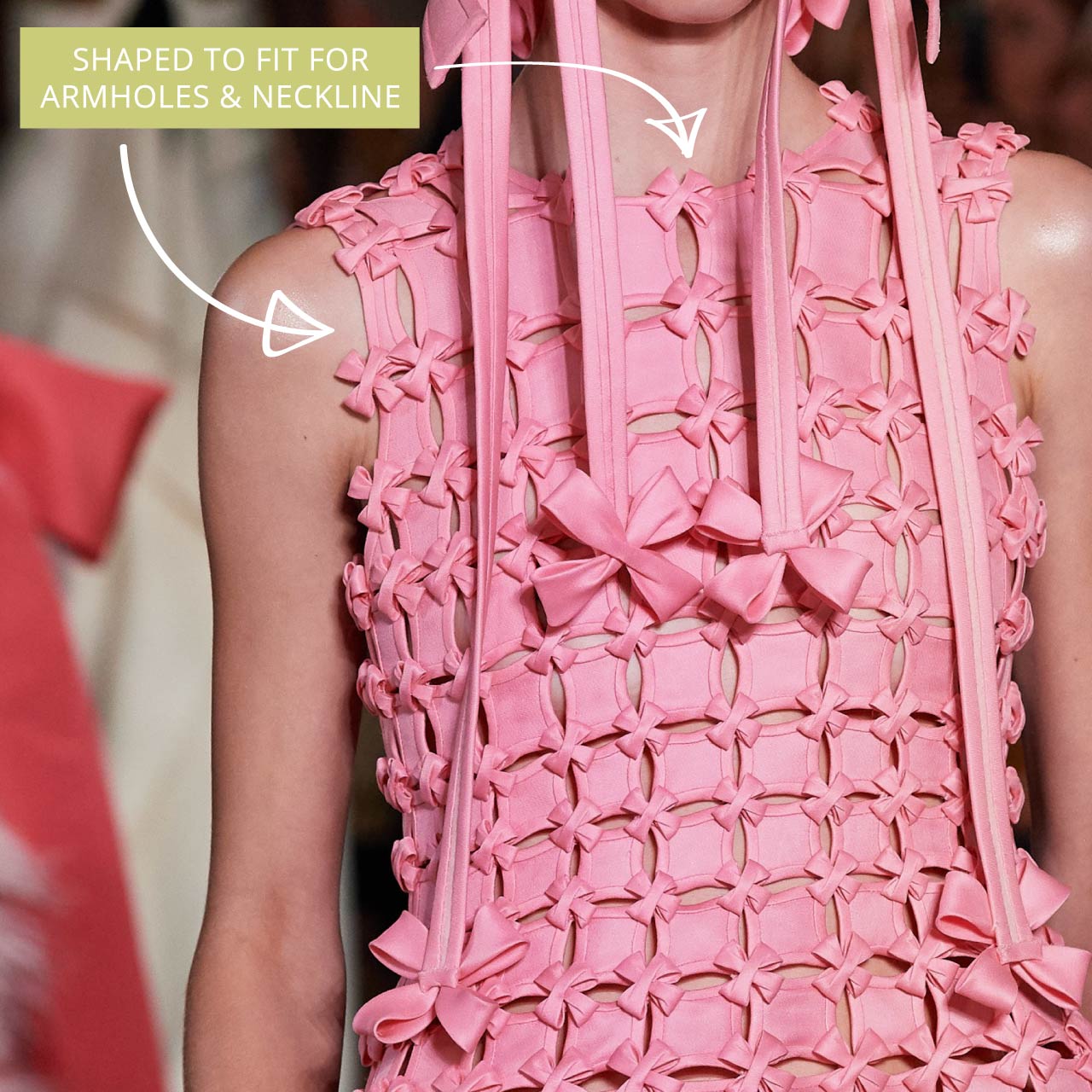 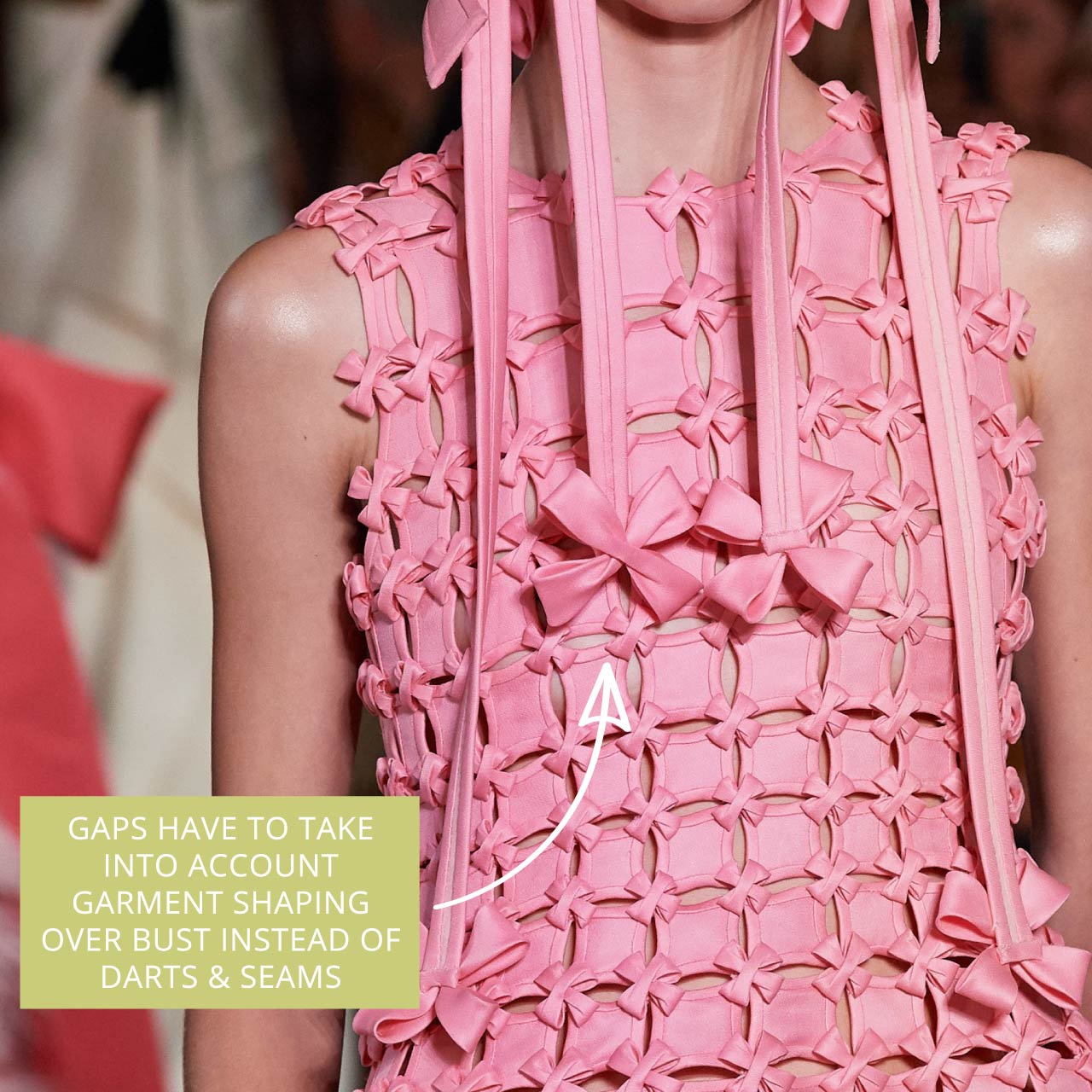 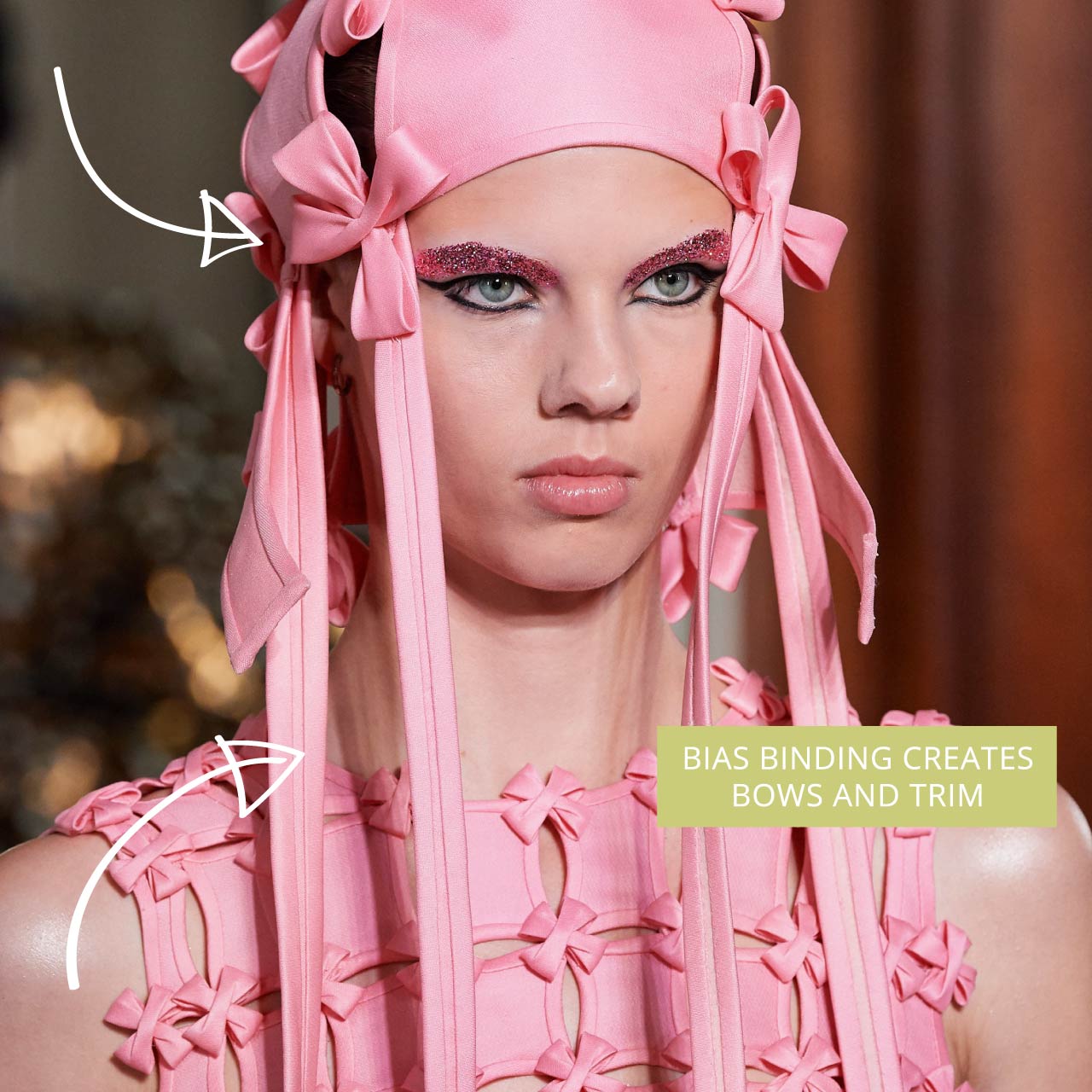 View images from the full collection of Valentino Haute Couture AW19 on Vogue.com»