Herringbone is the term used to describe a very traditional weave pattern involving the repetition of V shapes to form a series of zig-zagged lines. It is called herringbone as it echos the shapes found in the skeleton of the herring. The pattern is also sometimes found in other areas of design, such as for laying paving or floorboards and can even refer to a way of braiding hair.

The pattern can often be found on close inspection of tailored wool garments such as jackets and coats. Classically it is found in more monotone colours but below there are examples from the recent collections where they have been used with vibrant colours and at magnified sizes. The shape of the zig zags also echoes the weave pattern found in knitwear, as you can see in the Balenciaga scarf below. 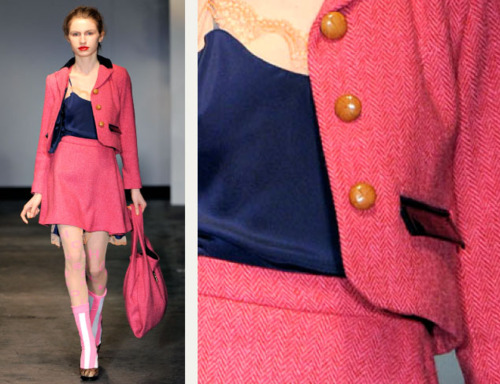 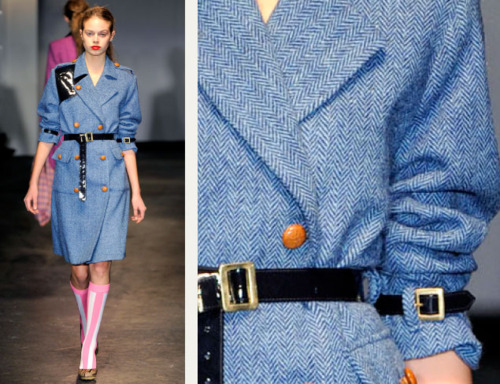 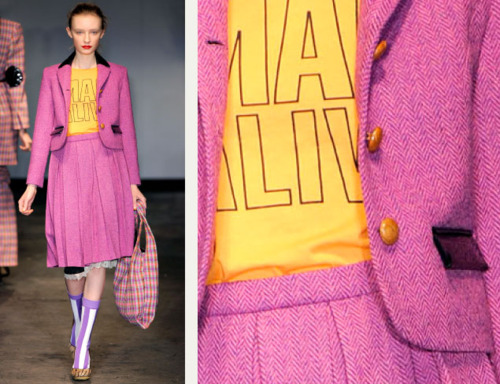 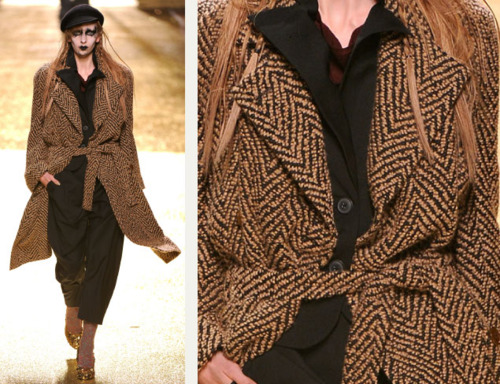 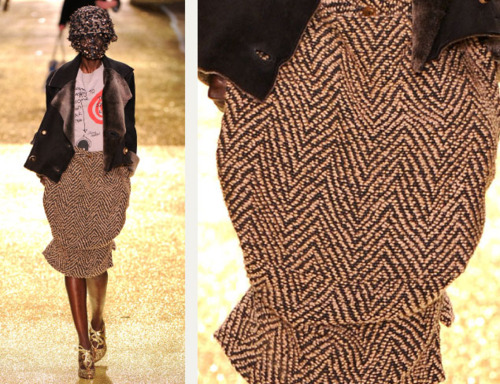 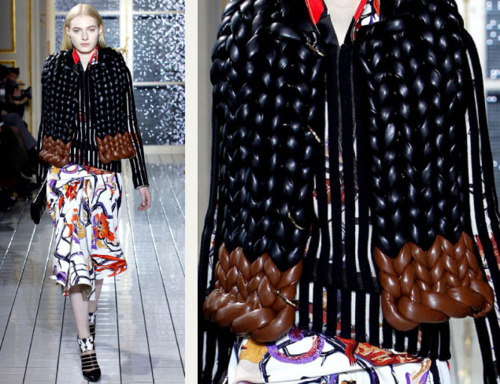 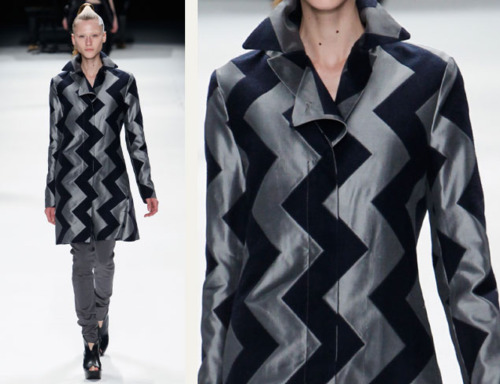 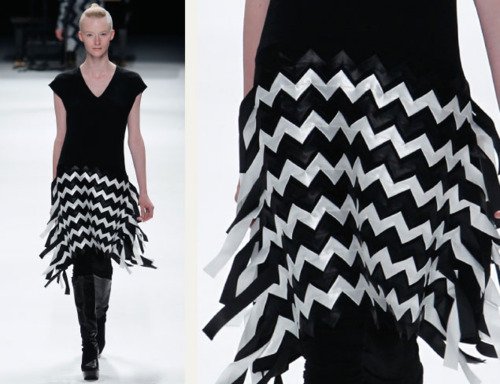 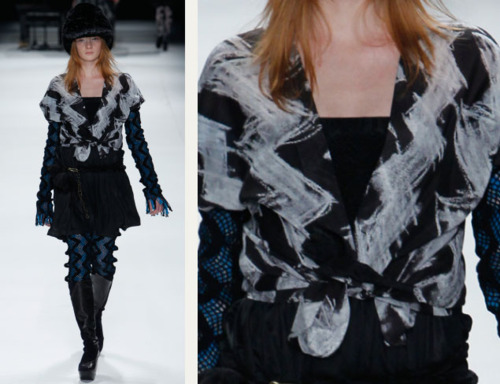 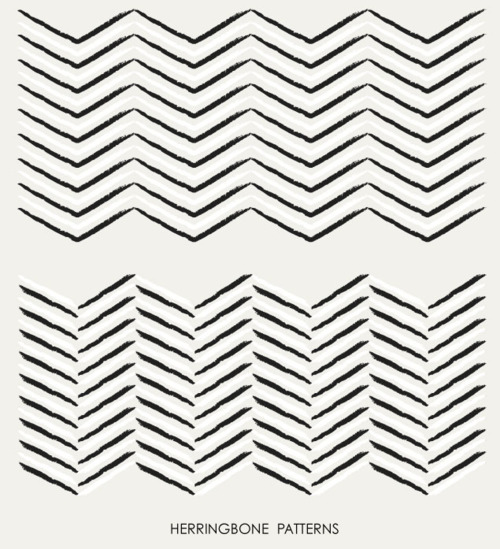 Herring skeleton image originally from TheWallpaperCollective. (Editor’s Note: This link was found to have expired when checked on 7/10/12 and was removed)

Textile sketch by The Cutting Class.