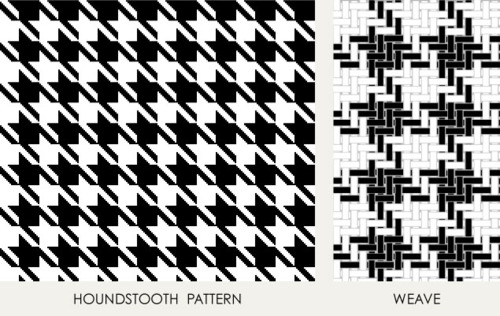 There have been some interesting examples of late where designers have reinvented traditional prints and textile weaves. At times they have achieved a new look by playing with size and scale, or through new colour combinations or by using the pattern on unexpected materials. One of those patterns which has received a designer revamp over the last couple of seasons has been the Houndstooth check.

Houndstooth is the name given to a weaving pattern most commonly used on woolen fabrics in a black and white colourway, but it has recently appeared in a range of new reincarnations.

Below are examples of how the pattern have been used in the recent Issey Miyake collection, not just as a stand alone idea but as a development of the geometry which underpins the whole show. The Houndstooth is used here within other weave patterns, in conjunction with bright colours or even diluted away to to give it a water colour effect. 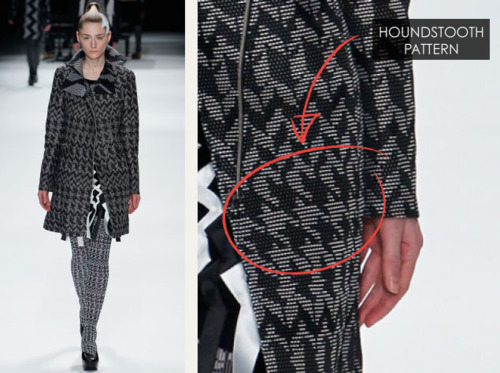 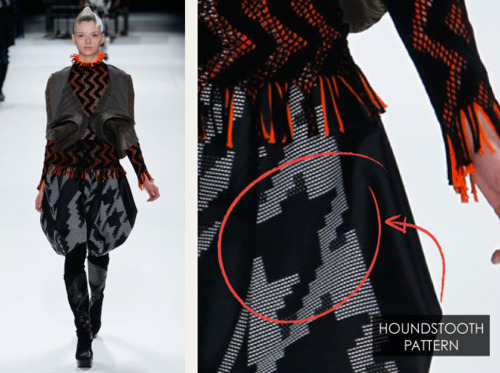 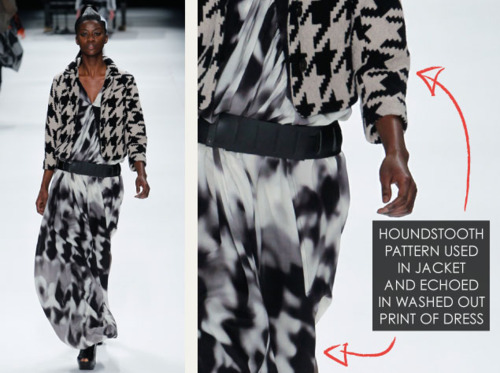 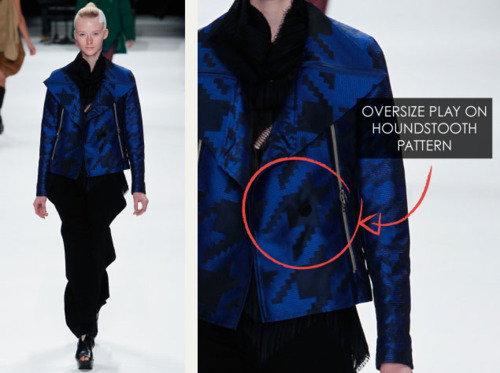 The geometry used by Dai Fujiwara was also discussed in the post Dai Fujiawara for Issey Miyake» and his appropriation of the Herringbone pattern can be seen in the post Fabrics and Textiles: Herringbone»

In Nicolas Ghesquiere’s Spring Summer 2011 collection we also see the pattern stylised and altered to create a unique version of the pattern for Balenciaga. The images show how a traditional design can be referenced, but abstracted away, and given new life by applying the design to what appears to be leather and either fur or some sort of knit. There is also a beautiful pixelated version formed by multicoloured sequins. 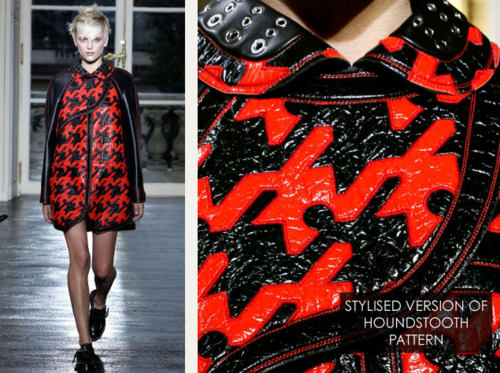 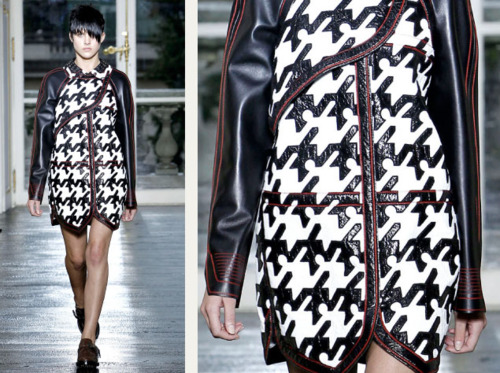 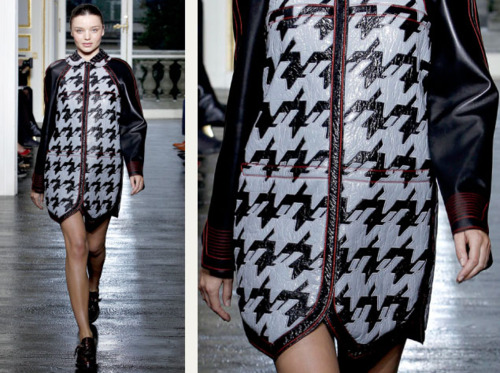 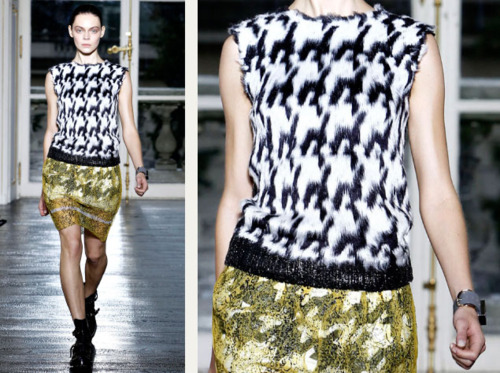 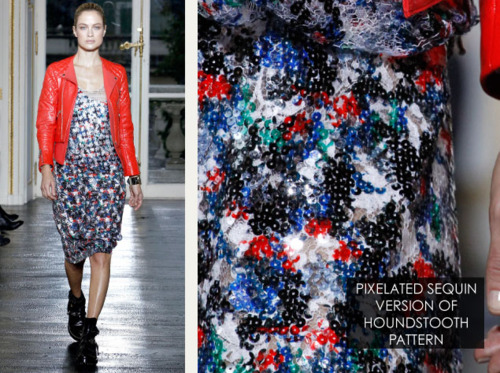 The Houndstooth check is not to be confused with the Glen Plaid check which was used in the recent Yves Saint Laurent collection by Stefano Pilati. Although there are sections of the weave of the Glen Plaid that resemble the Houndstooth pattern, they are in fact referred to by different names. From what I can gather the Glen Plaid is sometimes also referred to as the Glenurquhart check which appears to be a reference to the Scottish ancestry of the check (Glen Plaid appears to have become the shortened nickname). The check is also sometimes referred to as the Prince of Wales, although there seems to be some dispute over this – as well as there being dispute over which Prince of Wales is actually responsible for inspiring the nickname. 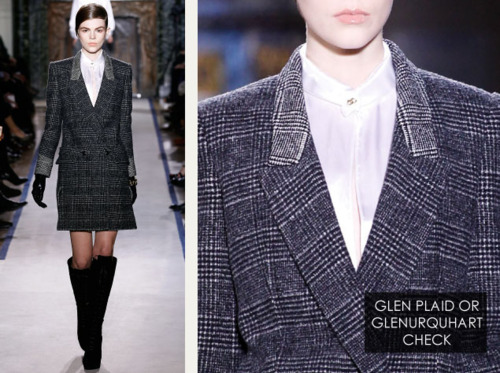 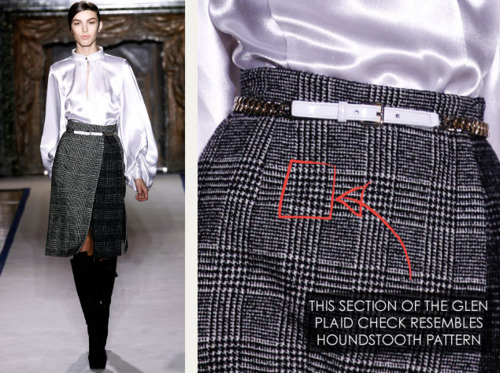 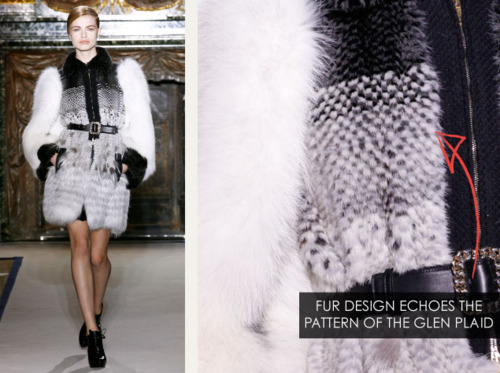