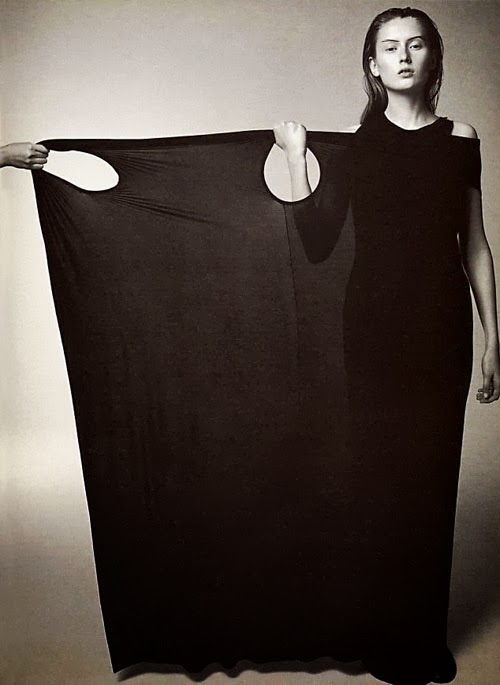 Following on from the previous post on Subtraction Pattern Cutting with Julian Roberts» it seemed fitting to collect together some images of garments that could possibly have been created using this pattern cutting technique, or which could inspire you to experiment with this technique yourself. If you haven’t already downloaded the “Free Cutting” PDF by Julian Roberts», then download the book now and then be inspired by the following images.

The essence of the subtraction cutting technique is to enjoy a more organic approach to pattern making, often allowing the form of the fabric to dictate the design rather than confining the fabric to the shape of predetermined patterns. By taking away sections of fabric, or subtracting fabric, the garment can be formed by threading the fabric through openings or by threading the body through the openings in different ways. Another option is to add additional sections of fabric to the holes and cuts in the initial piece of fabric.

The following images have been chosen because they embody a similar spirit to that of the subtraction cutting technique: a more organic use of garment shapes, use of unusual fabric volume and using holes and gaps in the fabric to allow the garment to be worn in multiple ways.

It is also worth noting that this technique could be used in varying degrees within a garment or collection. The first image (above) of a Comme des Garçons dress is a very simple example of the tunnel technique, while other garments are far more complicated using knotting and twisting techniques. 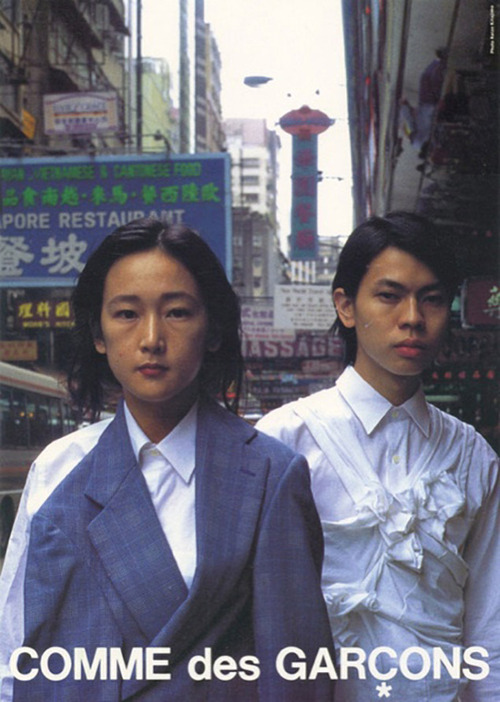 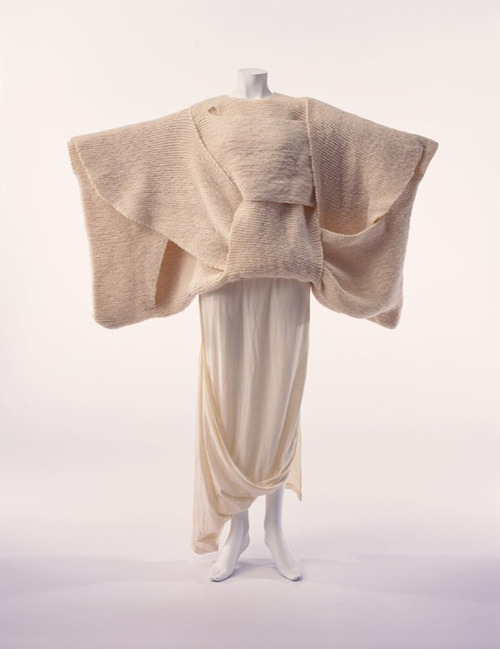 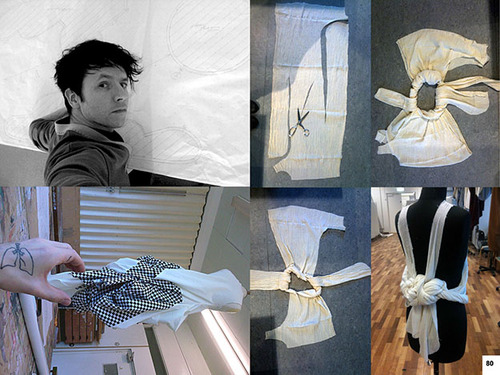 Stunning results are often produced by using single colours for the fabrics, such as these all black wool and knit dresses from Comme des Garçons. 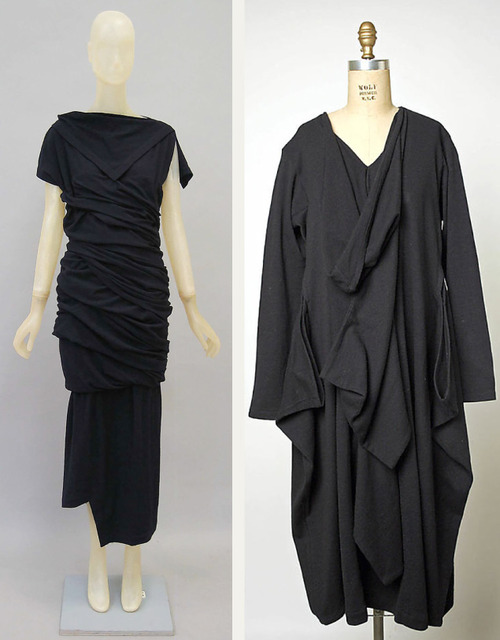 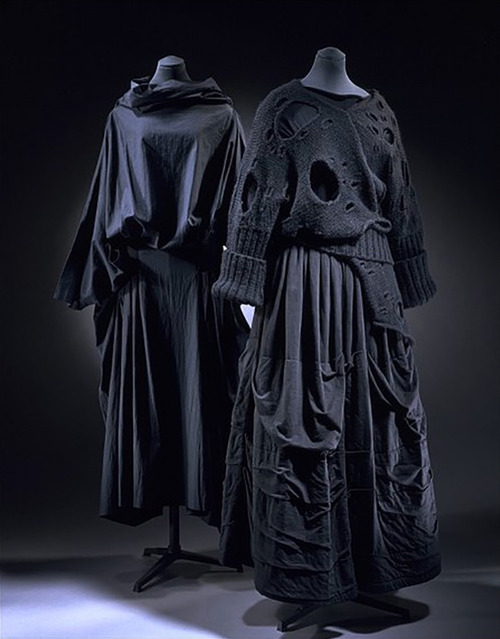 The following images show how you can use different fabric types to create different effects within this technique. For example, pleated fabric makes a beautiful complement to this technique, while jerseys can produce a softer and more casual effect. Rough cottons and linens also work perfectly with the technique falling into crisper folds. 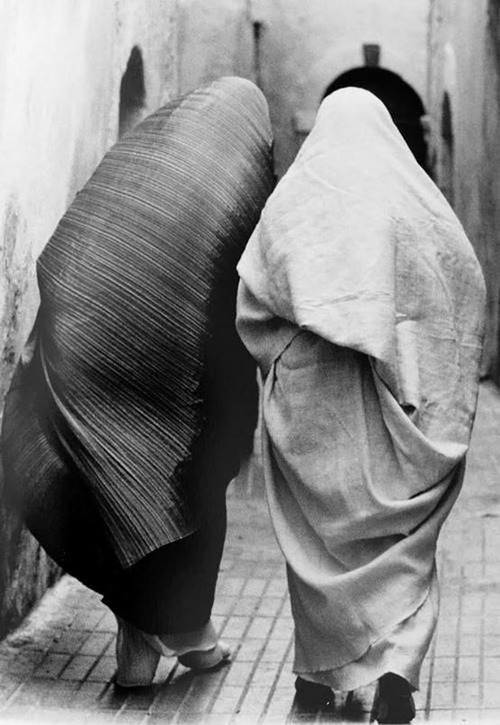 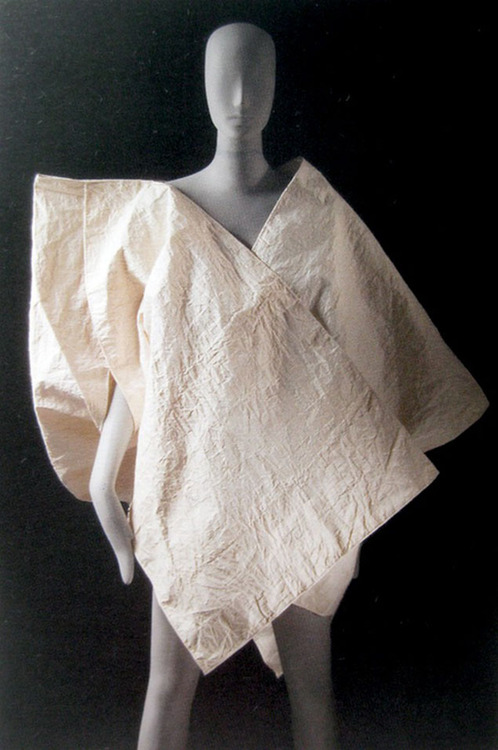 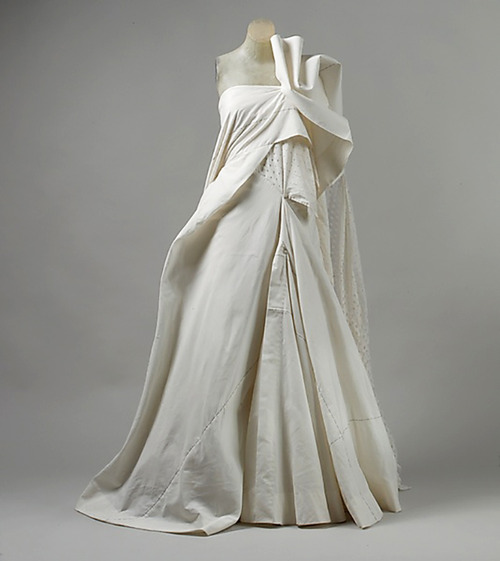 Due to the folding, twisting nature of the technique the method also lends itself to the use of patterned and coloured fabric. The following image is a beautiful example of how you could combine some different monochrome patterns in the one garments to beautiful effect. 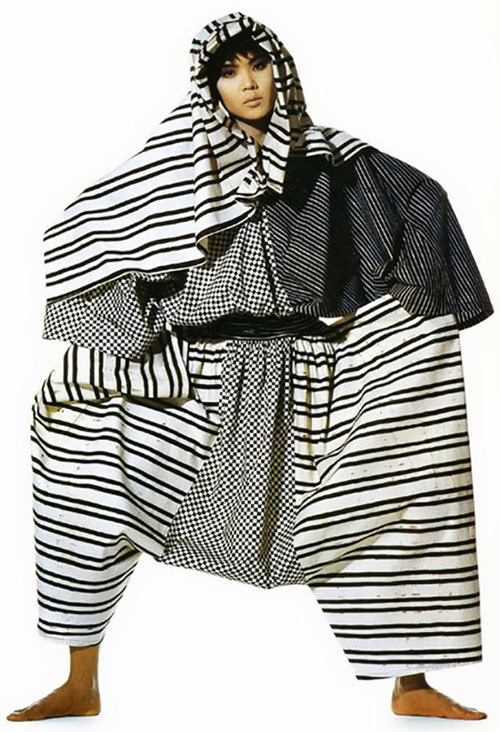 Image from the “Issey Miyake and Irving Penn: Visual Dialogue Exhibition” via The Darker Horse» Learn more about the exhibition via Design Boom»

The following images from designer Toni Matičevski from Spring-Summer 2013 provide inspiration for using the technique with much thicker fabrics to produce more sculptural effects. You can imagine how you could use the subtraction technique freely to experiment and develop new shapes. These shapes could then be refined down into simpler garments, or as complicated sections of more simple garments. 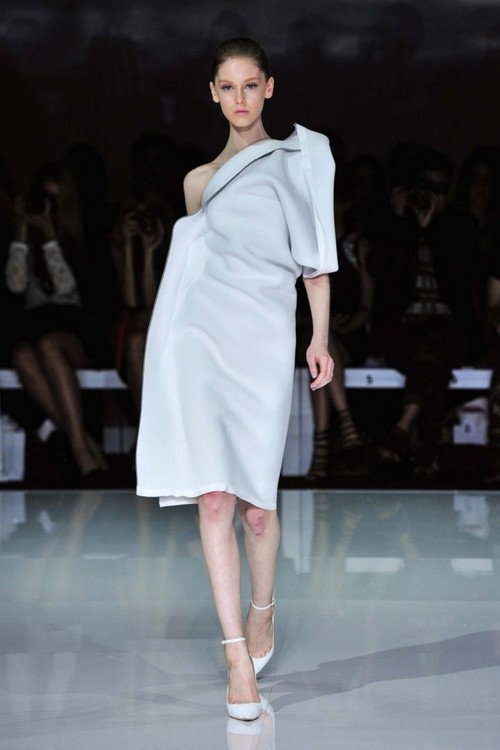 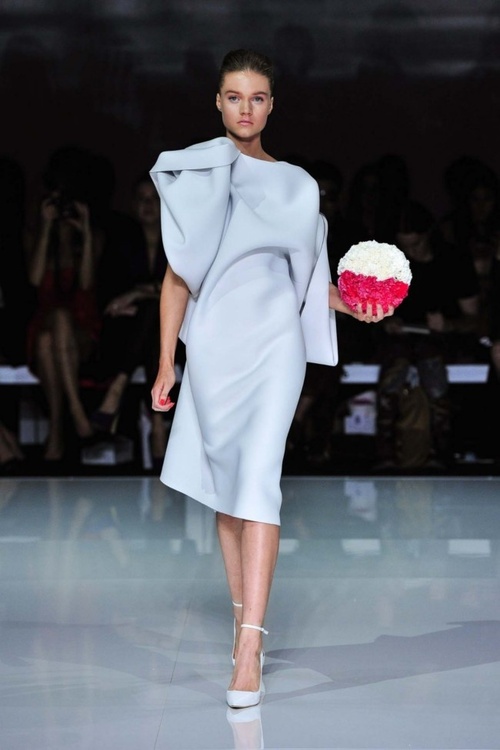 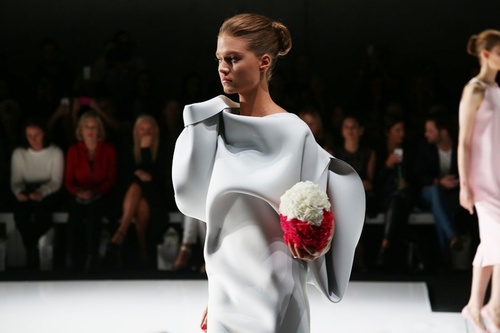