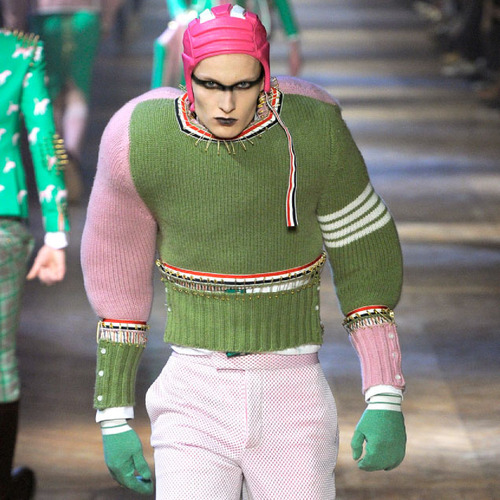 The jock vs. punk subculture dichotomy that Thom Browne created for his Autumn-Winter 2012 show gave rise to a battle of silhouettes. There were skinny tailored sleeves and high set armholes – and on the flip side, he created a lumpy, bulbous, oversized silhouette which appeared as rigid and uncompromising as football armour. Across both these silhouettes we saw a mash-up of preppy colours and punk  hardware, sporting helmets worn with mask-like eye make-up and candy coloured knitwear held together with safety pins.

The subversion that is evident in much of Thom Browne’s work came across in a darkly playful way with the extremes of silhouette and culture contrasts giving the pieces an interesting sense of freedom – even though both silhouettes appeared incredibly restricting in their own ways. By combining the clichés of the two subcultures Browne appeared to liberate the stereotypes of both. 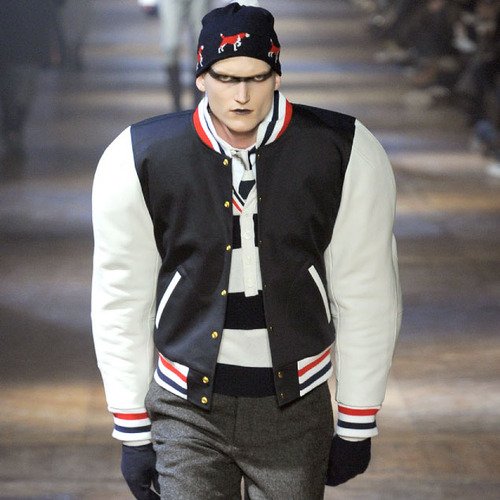 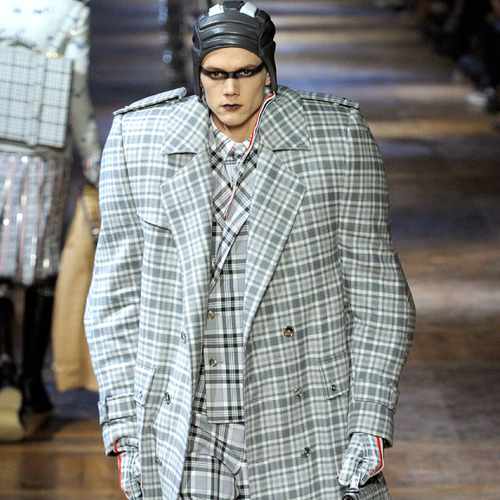 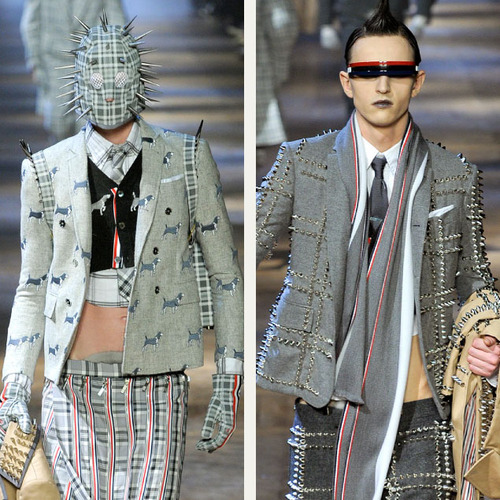 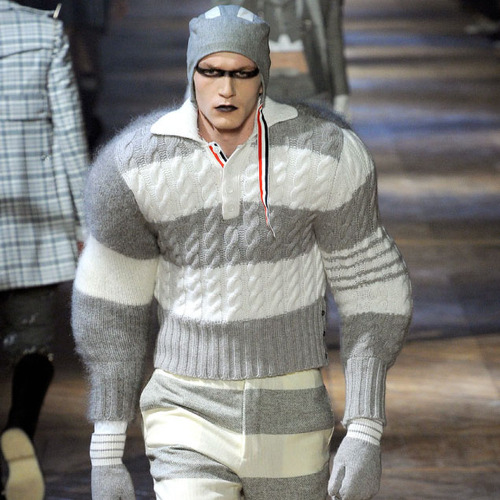 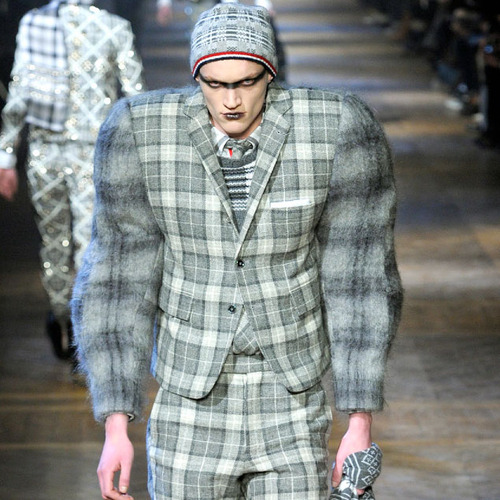 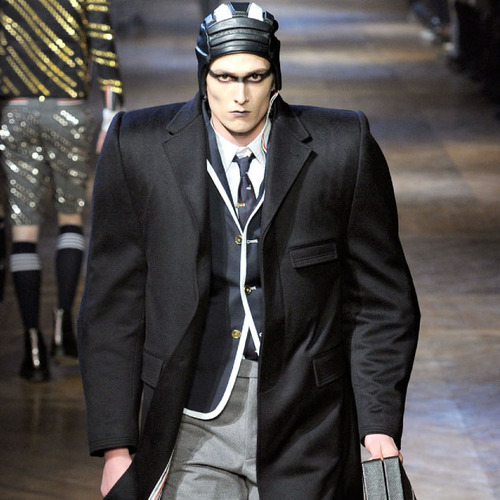 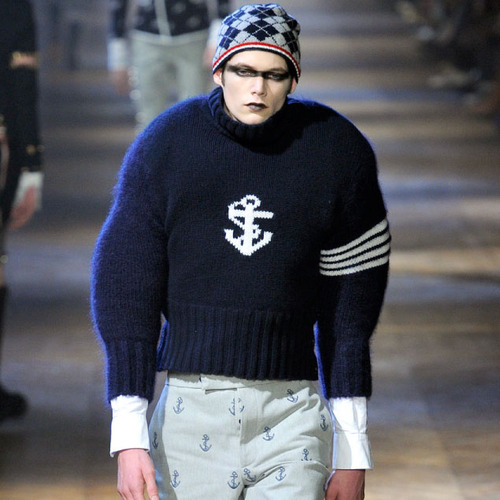 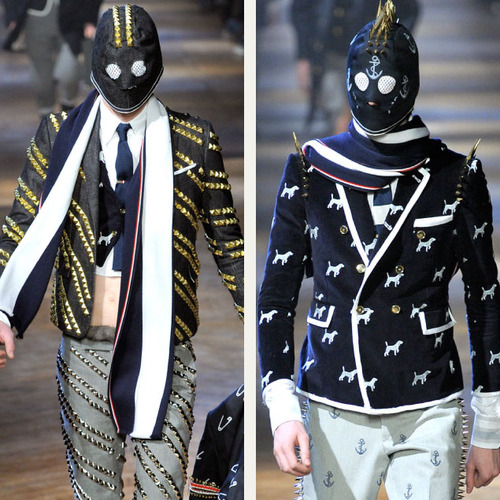 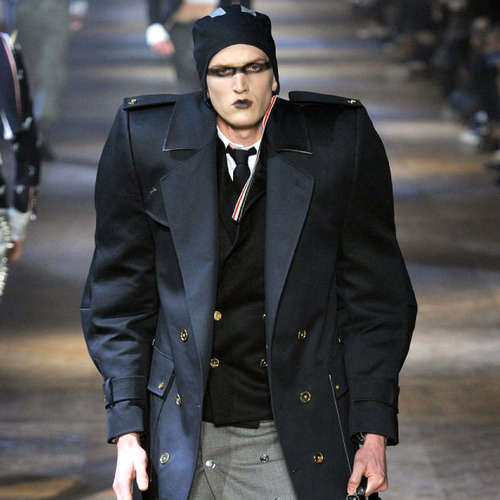 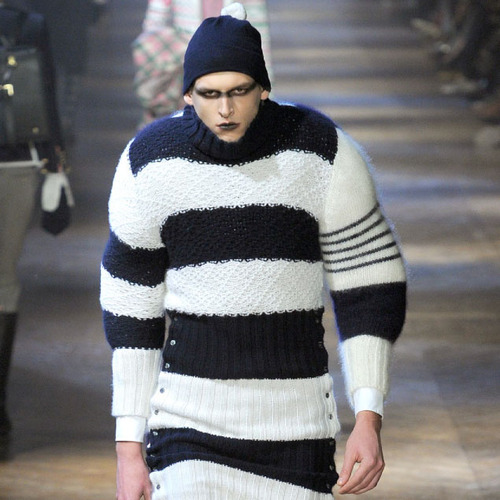 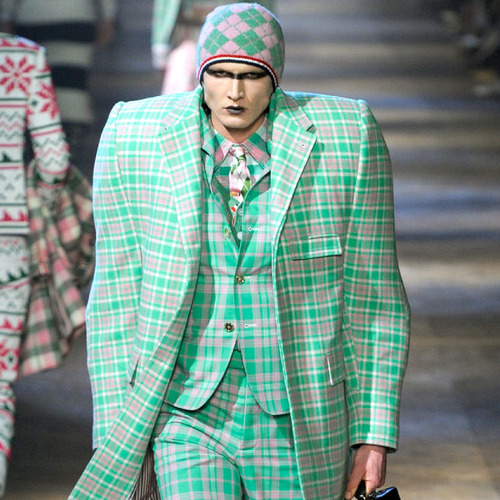 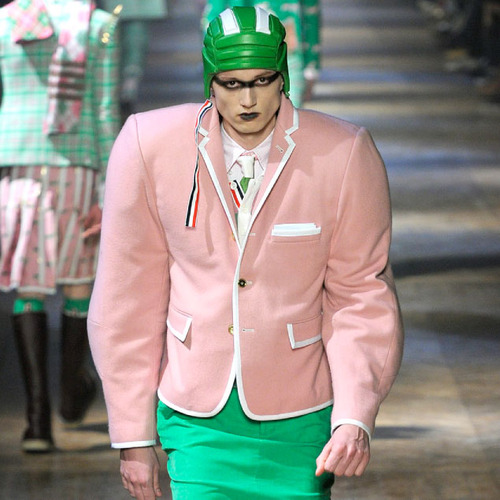 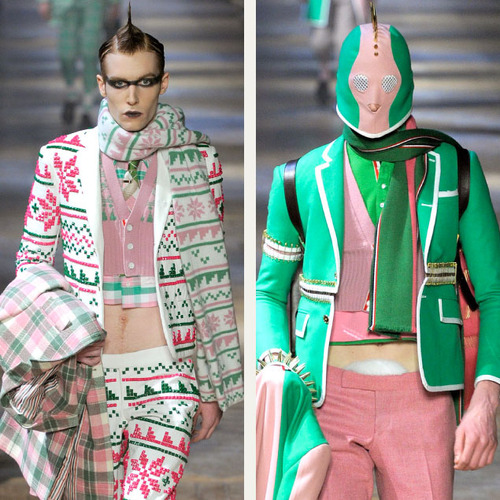 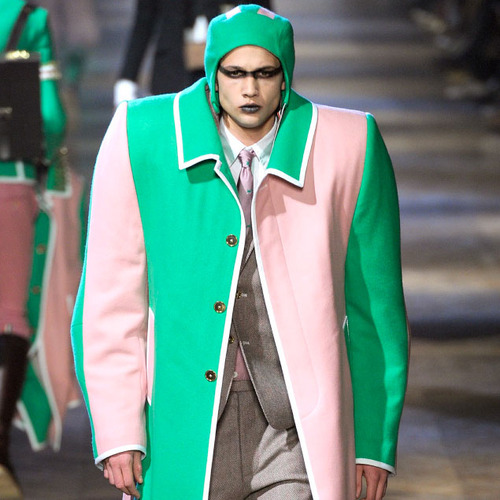 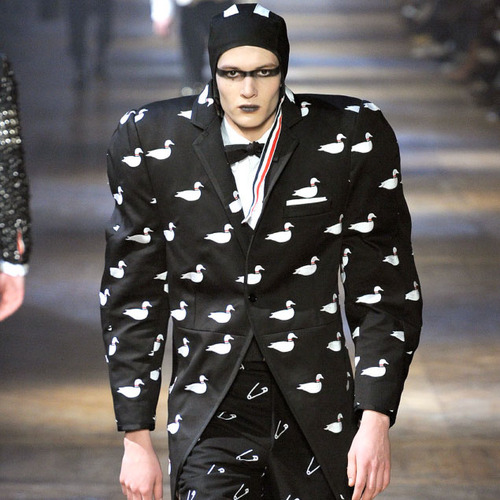 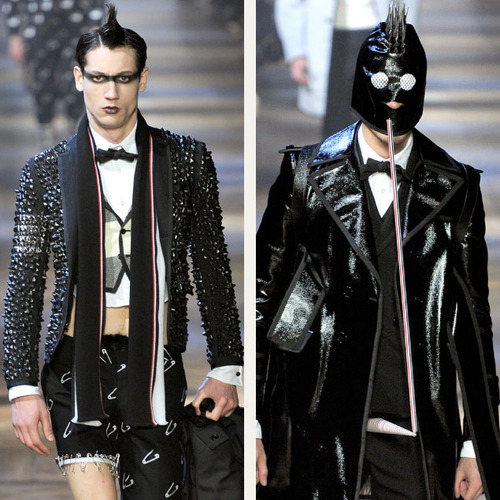 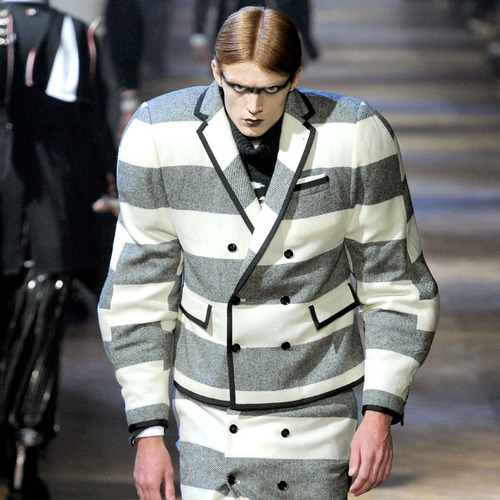 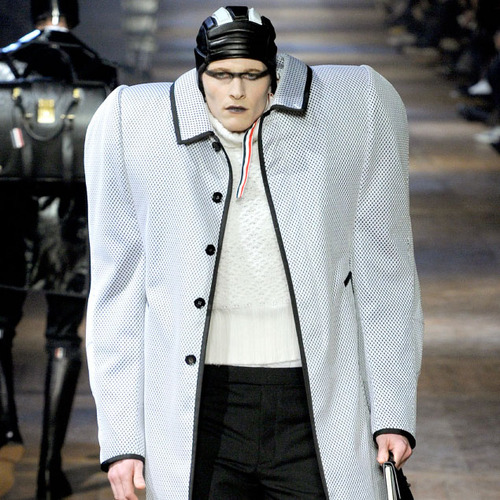