The Valentino collection for Autumn-Winter 2015 appeared to almost be split into two very different aesthetics. On the one hand there was clean cut minimalism in black and white, on the other hand there was lace and feather patterns in muted colours and tinged with gold.

The lace was often cleverly layered in strips that created directional patterns. These soft stripes guide the eye of the viewer around the body and also visually break the body up into different proportions by shifting waistlines higher or lower, or by making the upper body wider or narrower with sleeve-like extensions. These extensions were attached or appliquéd vertically into the main bodice panels and are sometimes referred to in pattern making terms as flanges.

Aside from the lace, another dominant textile motif was the use of a feathered pattern that was often created in soft, painterly gradients that developed towards the hems of the garments. These fabrics appear to have been cleverly designed with striking variations in colour so that the horizontal rows of feathers in stronger colours could be strategically placed across the body for the most flattering effects. These stronger lines of colour also prevent the print from becoming too wishy-washy and have the same dynamic effect as the mutliple colours used on the lace.

Another striking detail of the lace work was the way the lace was shaped over the décolletage, shoulders and upper back of some garments to form small stripes that radiate from the neckline. These specially shaped lace panels appear to have been created as separate front and back panels and then joined with a shoulder seam. 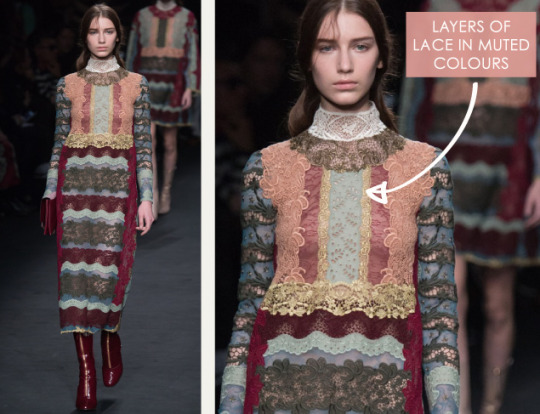 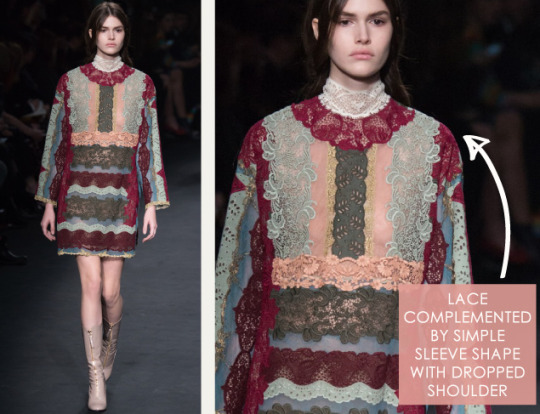 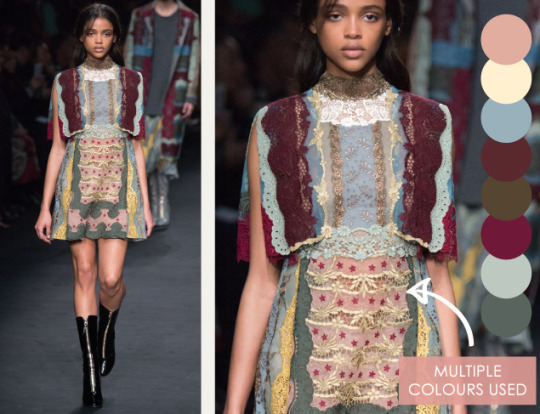 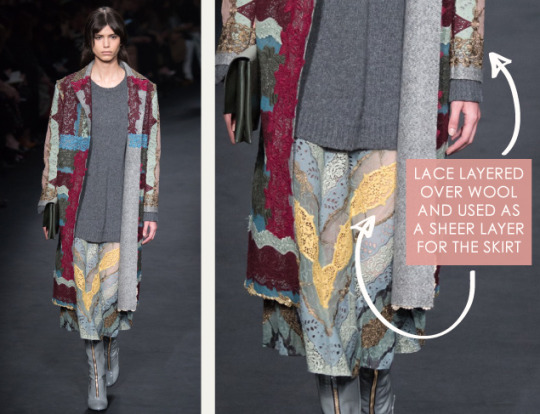 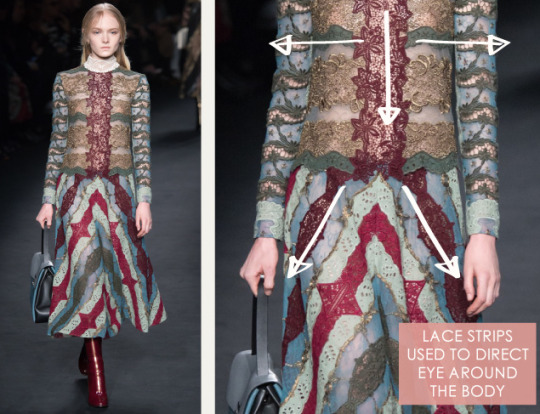 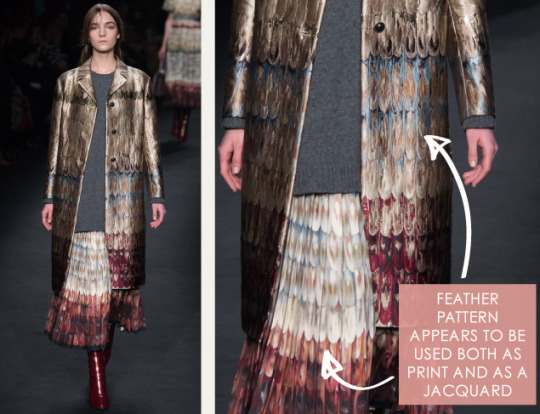 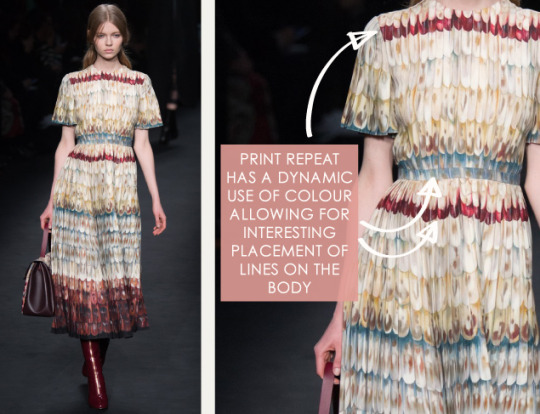 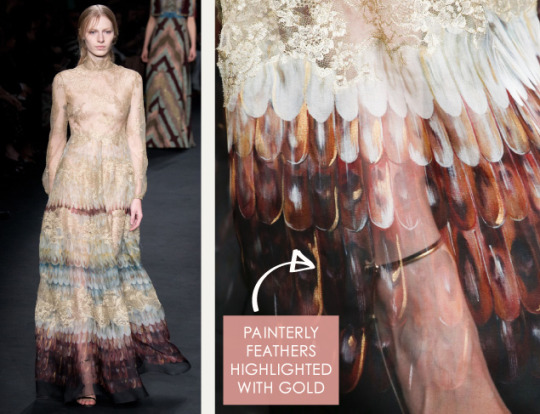 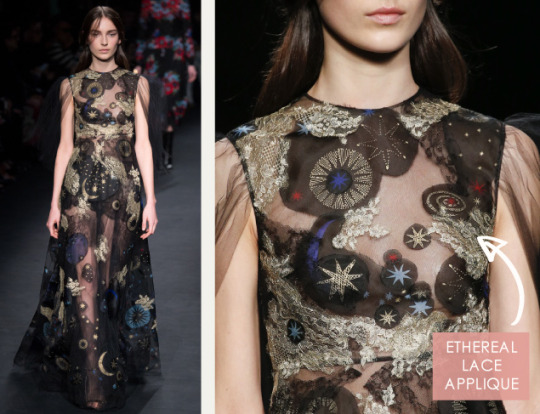 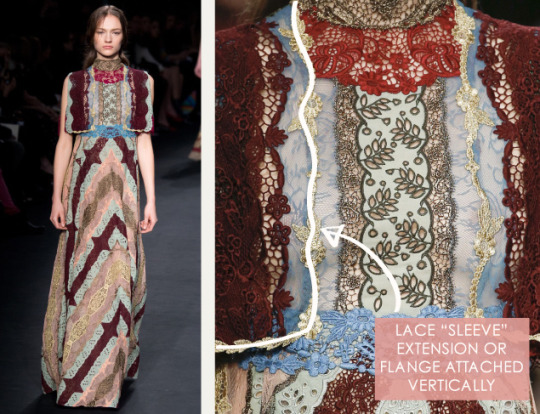 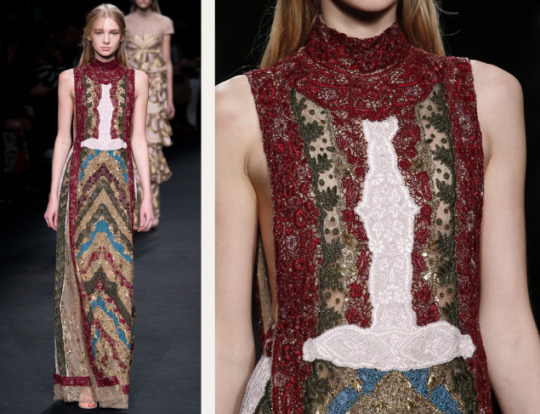 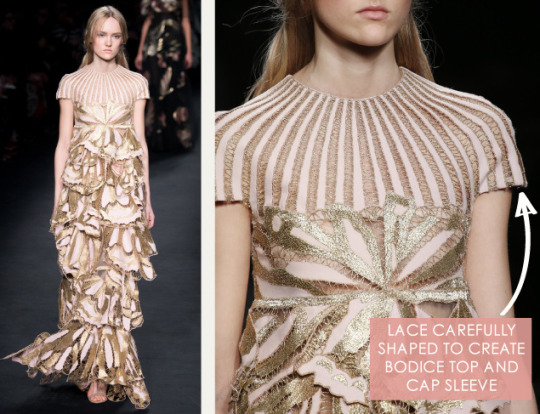 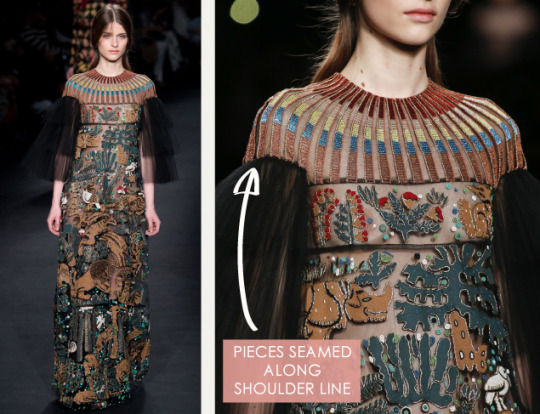 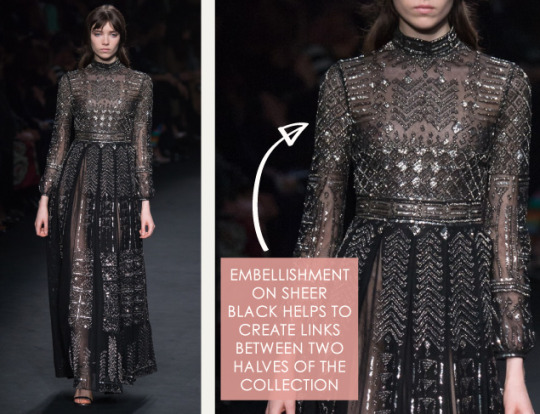