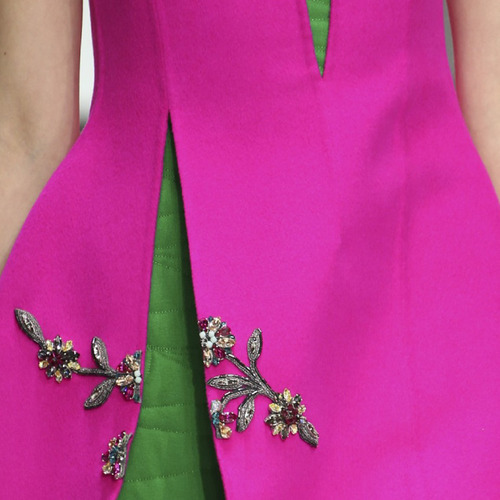 With clear, bright colours and clever silhouettes the Autumn-Winter 2014 collection for Christian Dior featured new twists on quilting, sneaker style lacing and a variety of uses of tucks to control fullness, shaping and volume.

At times the quilting also acted as a support for the silhouette of a garment, helping to stiffen the fabric. Within some of the quilted designs there were also pictures of human figures reclining.

Simultaneously reminiscent of corsetry and sneakers, white and pale blue roulettes were laced through rivets at the waists of many of the tailored garments. At times this was used in conjunction with pattern cutting that allowed the lacing to help to control the silhouette of the garment. In some instances, this resulted in a looser version of the famous “Bar” jacket silhouette.

Tucks were used throughout the collection to direct the shaping of the garment and to provide added fullness. This worked especially well in panelled hems where the tucks added extra volume along the bottom of dresses and scarves. The scarves themselves appeared to almost be panelled within the garments at times and were another opportunity for colours to bounce off one another.

Other clever details used in the collection included the use of a dart which is often referred to as a “Dior Dart”. This dart name is used in situations where the majority of the bust shaping has been absorbed into a side panel, but a small bust dart remains on the front panel for shaping.

There were also cleverly spliced silhouettes throughout the collection where the use of contrasting colours emphasised the effect of an overdress being cut, dropped and reattached onto an underdress. This was often used in conjunction with the quilted underdresses, and with small amounts of beaded embellishments that were cut across the split lines of the dresses.

The finale dresses were cleverly cut with rib neck pieces as a nod to the sportswear references that were woven throughout the collection. Some of the long beaded dresses were also a nod to the Haute Couture collection that featured heavily beaded fabrics. You can view those fabric in the earlier post Ethereal Fabrics at Dior Couture» 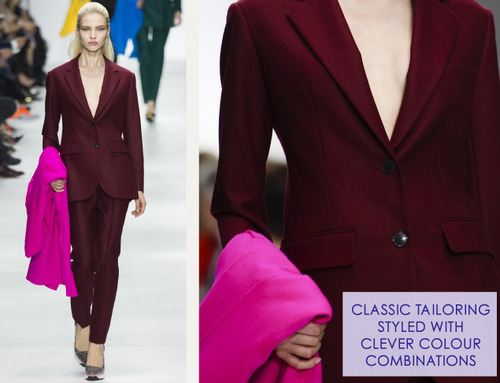 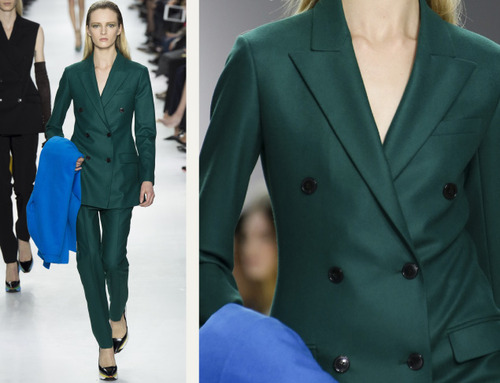 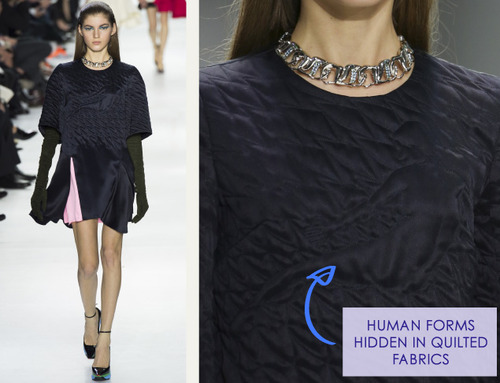 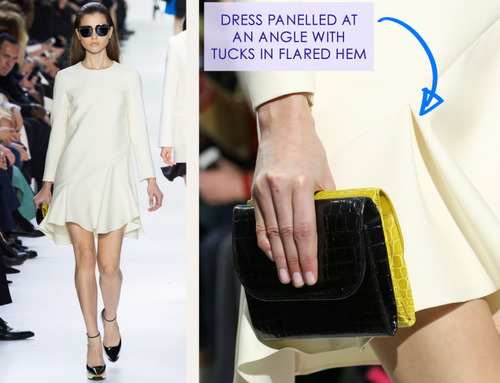 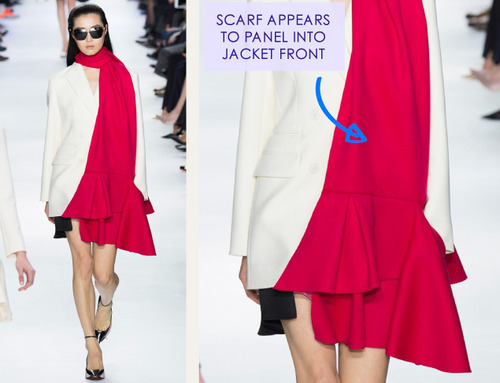 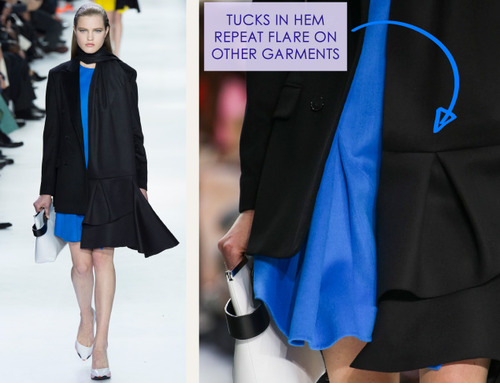 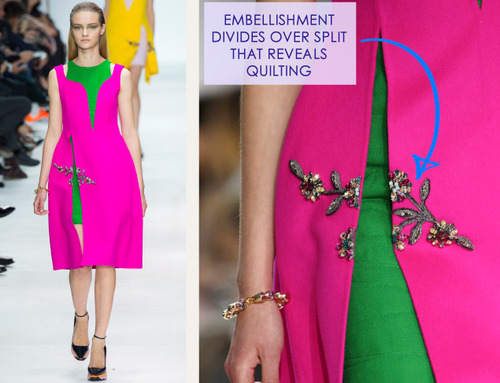 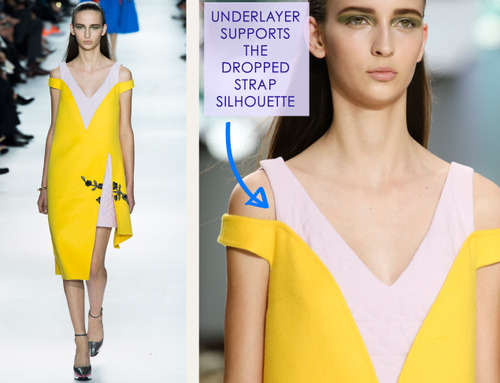 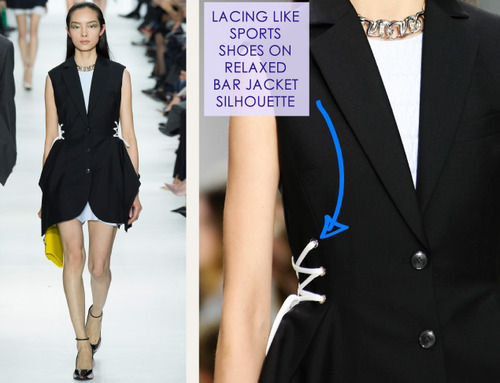 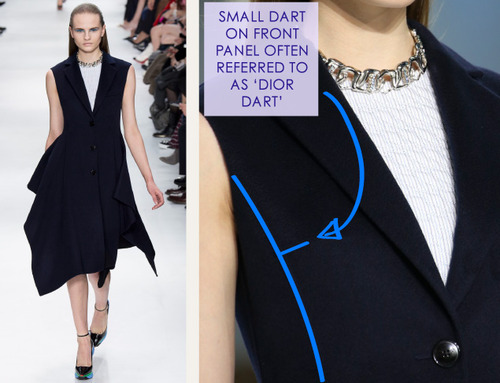 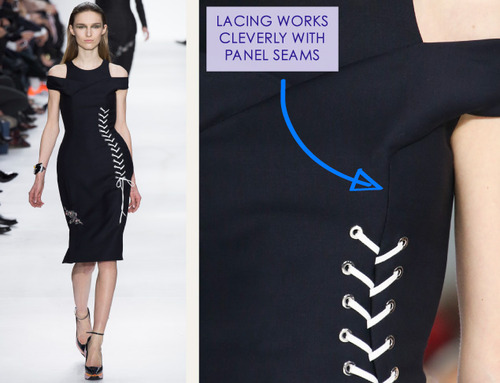 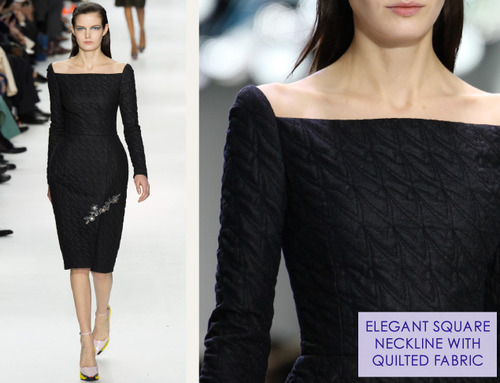 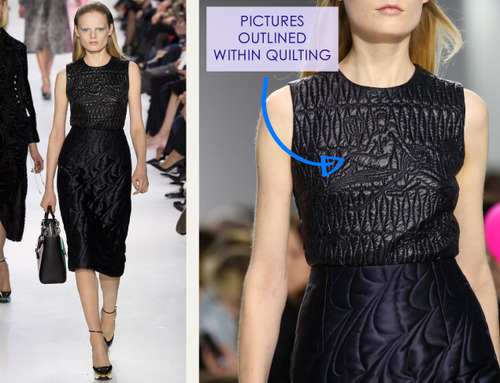 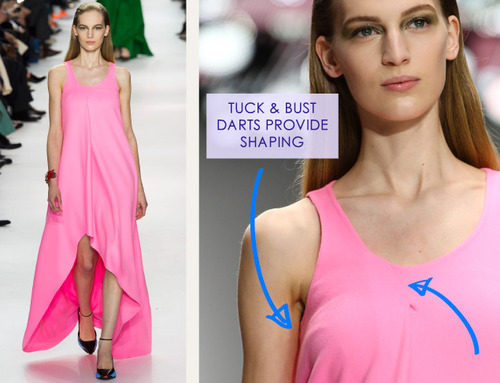 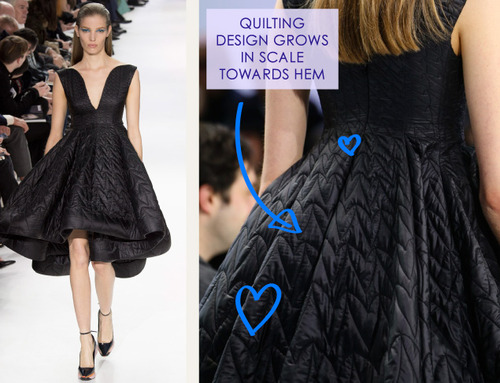 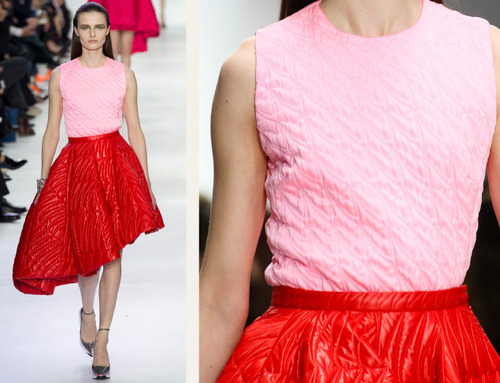 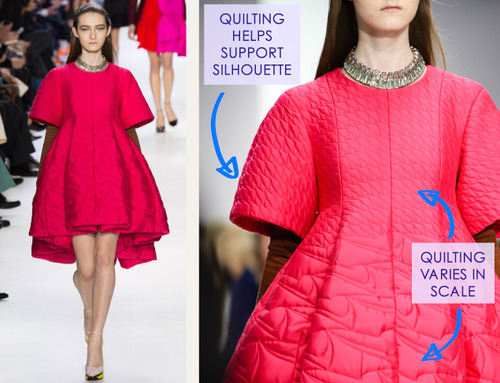 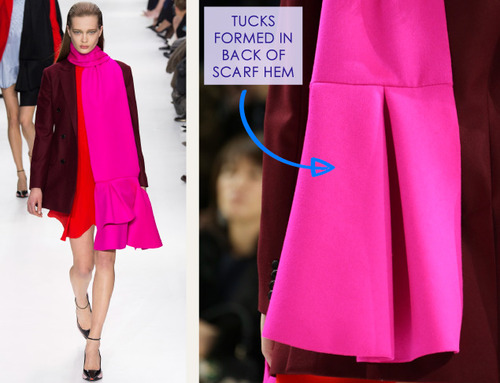 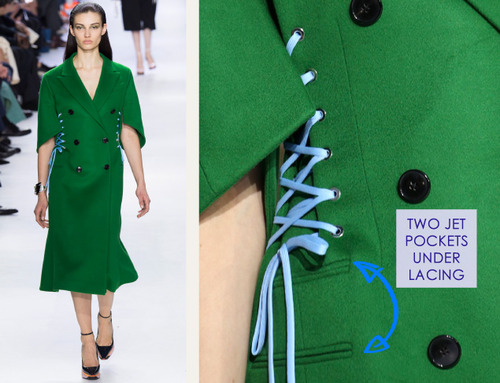 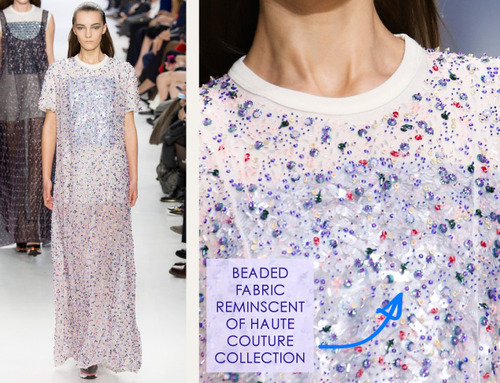 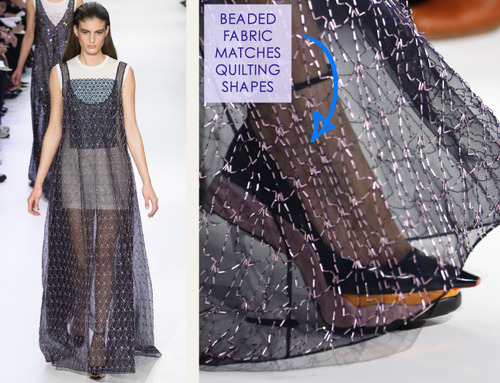 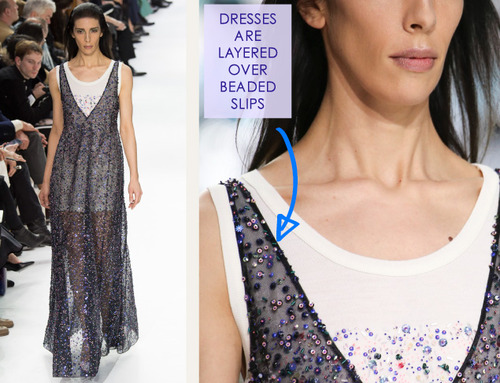