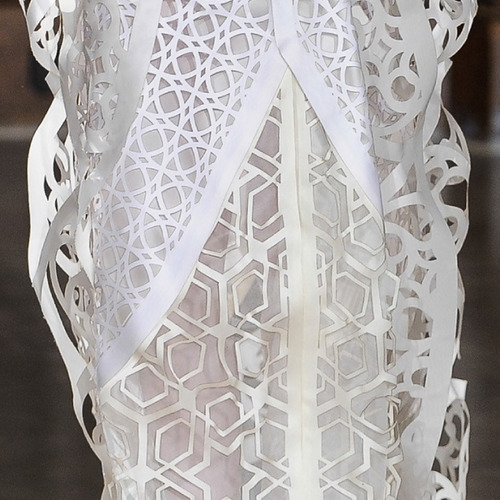 There were some interesting uses of laser cutting and 3D printing at the Threeasfour show for Spring-Summer 2014 where geometric patterns of laser cut fabric were layered up to create soft effects. At times the large spaces opened up in some of the fabrics by the laser cutting techniques changed the handle of the fabric and created lovely drape qualities. The silhouettes of the garments often took advantage of the laser cut fabrics especially in the off the body shoulders or long dresses that allowed light to fall through the negative spaces in the textiles.

Geometric shapes played an important role in the collection, a reference to the tiling and mosaic effects used inside the houses of worship of a variety of different faiths. The tiling effect was used as an ideal complement to silk fabrics, where the shine of the fabric enhanced the faceted effect created by the geometric shapes.

In contrast to the geometric shapes of the laser cutting, the 3D printing had an organic feel where the delicate filament seemed to grow into soft cocoons around the body.

Scale also played an important role in the collection as different patterns were often layered together in varying scales, which helped to give the textiles a greater sense of depth. 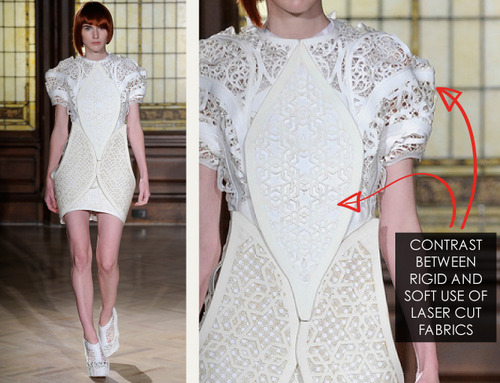 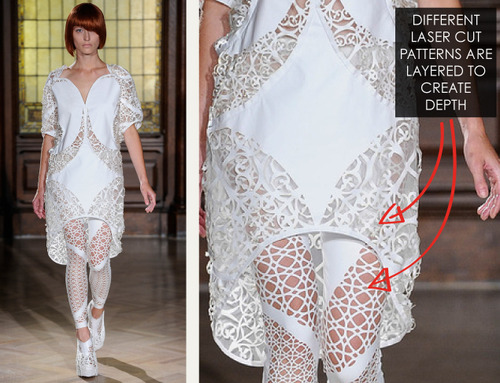 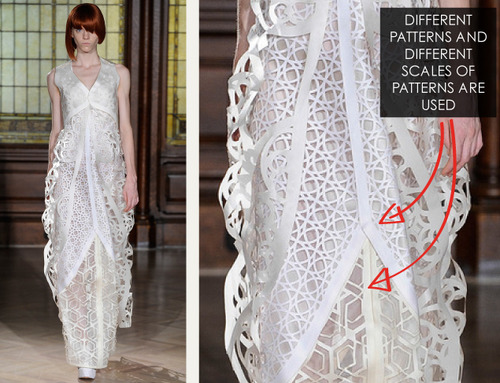 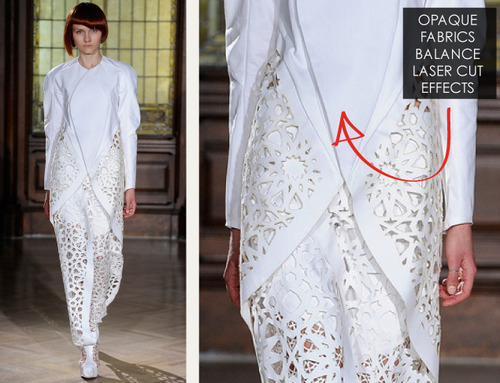 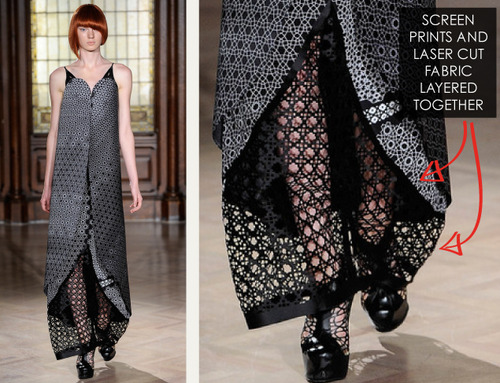 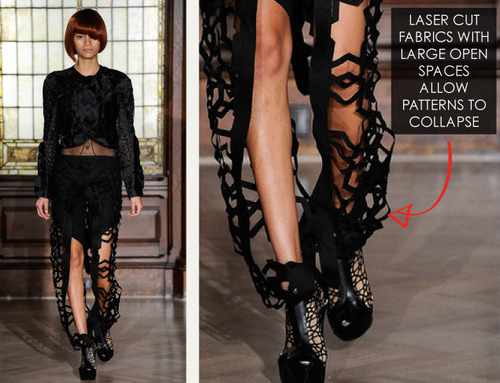 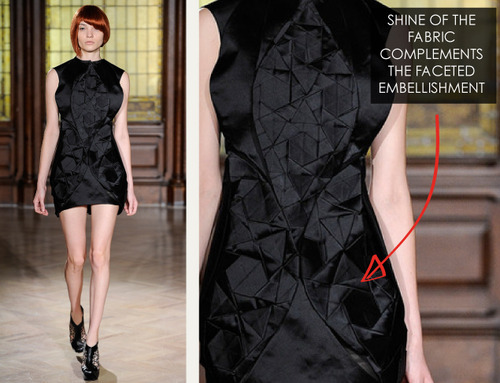 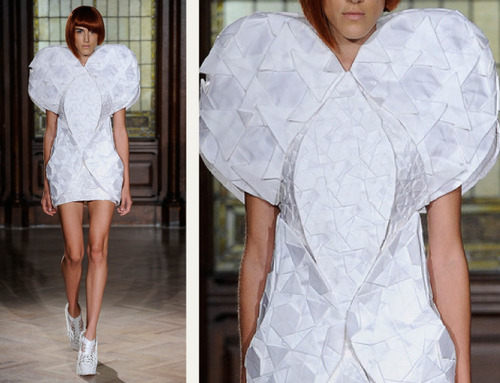 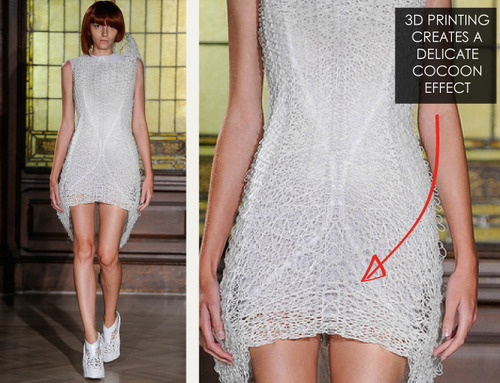 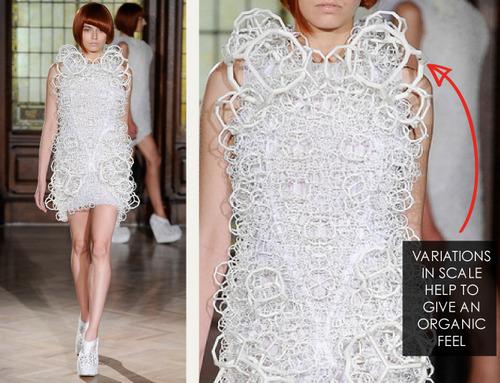