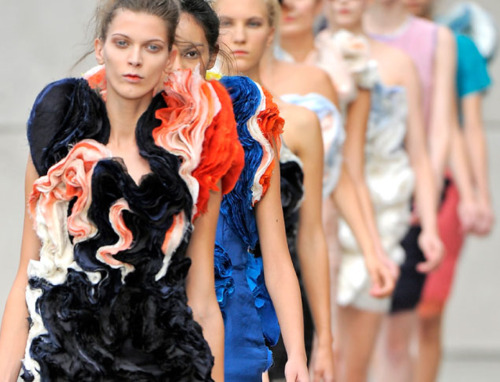 Designers have very different approaches to designing each new collection. While some are continually trying out new directions, others work continuously at an idea to make it their signature, building season after season to work it towards a state of perfection. For designer Felicity Brown, the idea that has her enchanted is the use of beautifully coloured layers of silk.

At times these layers build up in simple shapes while at other times, they create voluminous, bloom-like flounces, that appear to be thick and vibrant like freshly squeezed oil paint.

While her Autumn-Winter 2011 collection introduced some interesting print ideas, it is her Spring-Summer 2011 collection that remains the most striking. On first viewing of this collection the order of the early looks can be somewhat distracting – while many collections build in intensity towards a finale piece, Felicity Brown’s show seemed to see-saw between the most extravagant couture pieces and the most simplified shift shapes. In the end, the use of the contrast is actually what makes the show most memorable, as each idea almost seems to be presented twice, simultaneously at its most extravagant and at its most reduced. This idea of contrast is most pronounced in the few looks and it is here that the idea is most successful. After that, the idea is continued but becomes more about the contrast within the looks themselves, an overblown top paired with a simply cut skirt, for example, and then dissolves into full blown texture towards the end. 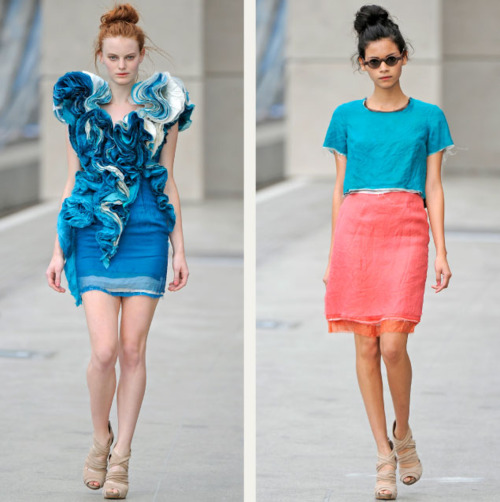 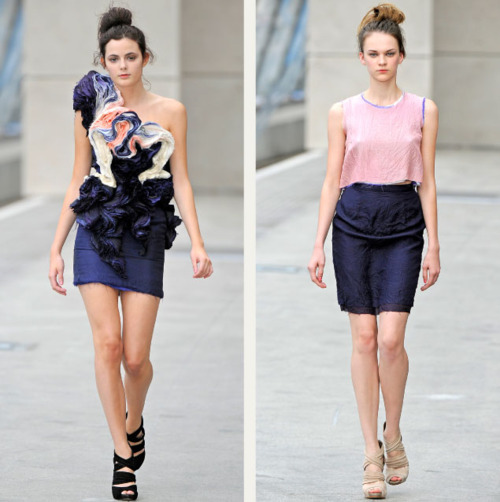 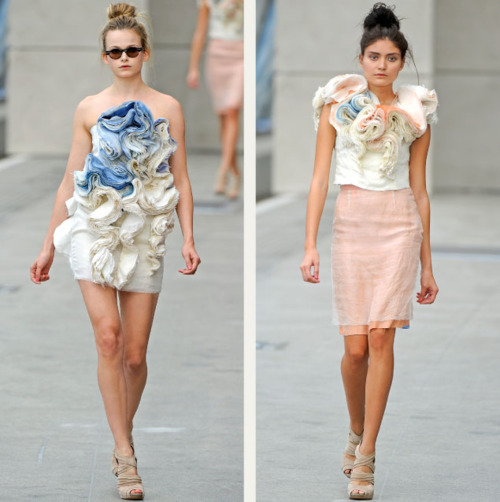 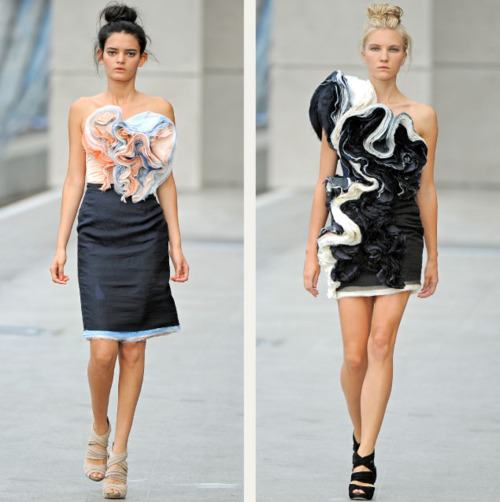 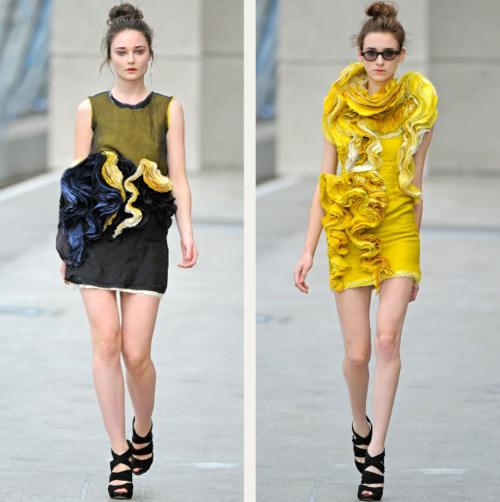 The images below give a better sense of the sheer volume of layers required to create this dense flounce. It is also interesting to note how raw the edges look and that this is actually part of what makes the garment look more luxurious and expensive. If each individual edge had been finished Brown would not have achieved the same sense of movement and flow about the whole collection. Sometimes, an unfinished edge can actually make for a more at-ease and resolved garment. 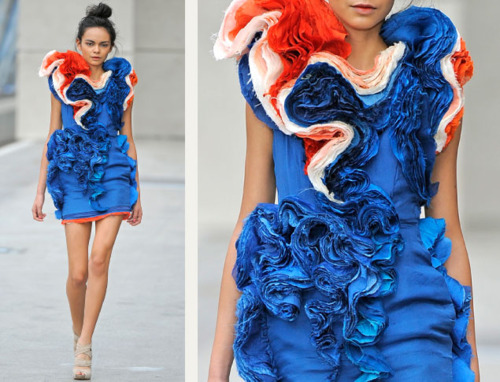 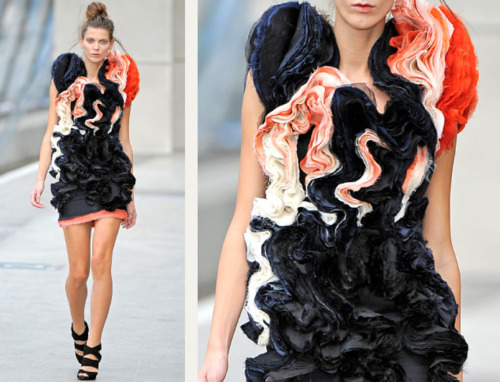