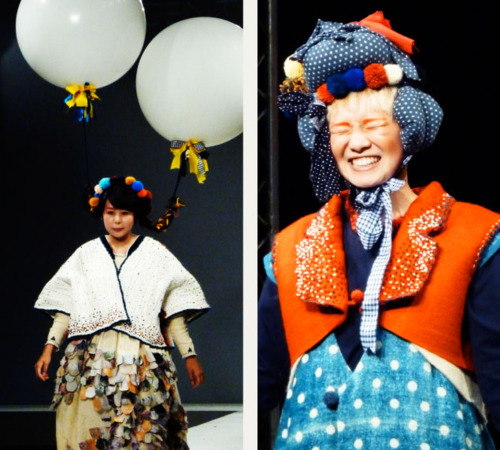 It felt like the last day of school at the Central Saint Martins BA Honours show last night, as the world renowned establishment had it’s last show at the York Hall venue. A video that started the show gave a nostalgic snapshot of the history of Central Saint Martins at it’s Charing Cross location, as it will move to Kings Cross later this year.

There was a definite mood given off by the students collections, that were an eclectic mix of colours, volumes and lots and lots of interesting fabric manipulations. There was a naivety full of intent – an almost purposeful sense of enthusiasm and hope that came through in even the more politicised collections. There seemed to be references everywhere to fun, from cartoon-like shapes and illustration on clothes, through to references to Disney. At times the collections teetered on the edge of wearable art or costume design but this comes as no surprise as this graduate show is normally an outpouring of creativity, not all of which is intended to be commercial. 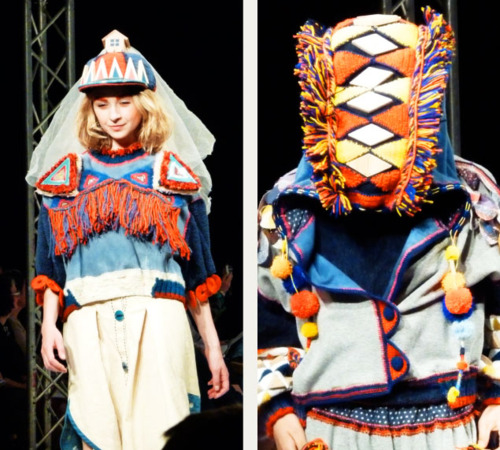 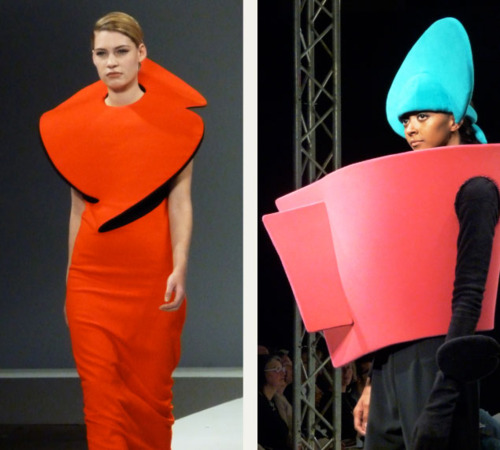 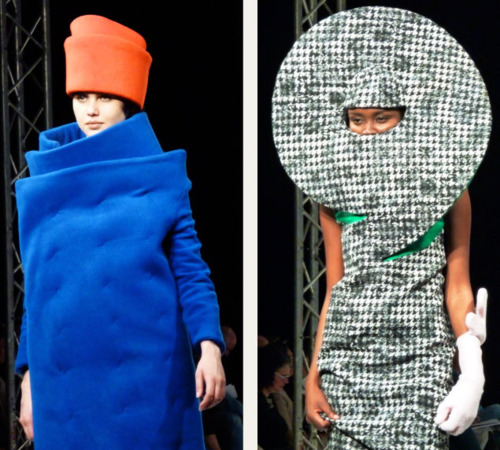 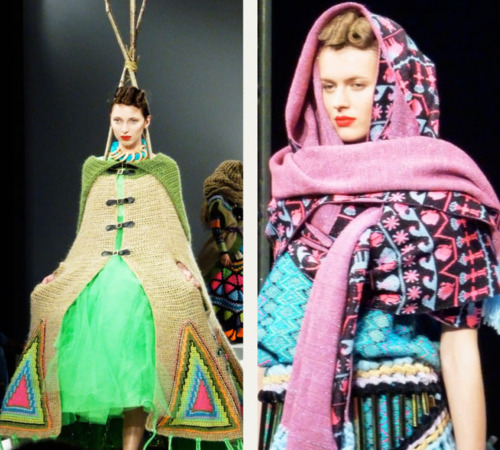 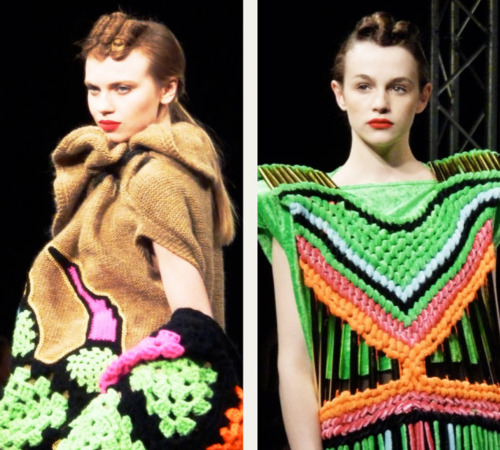 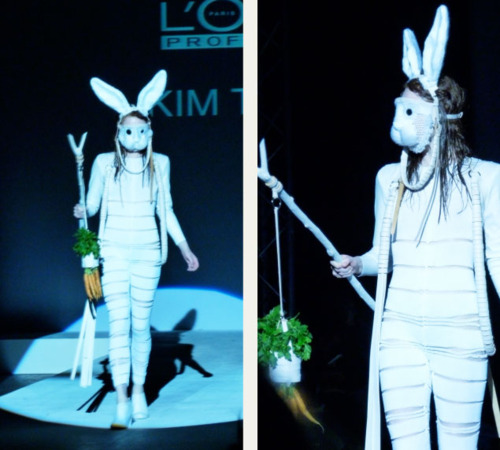 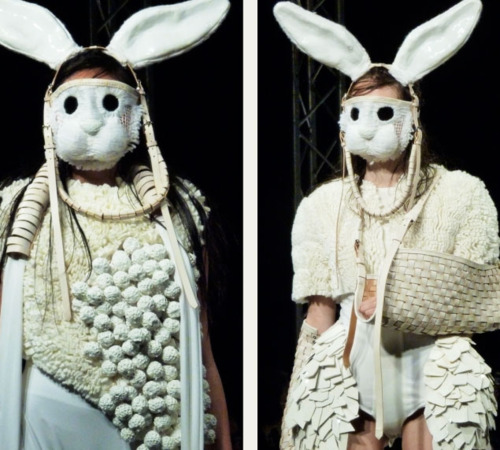 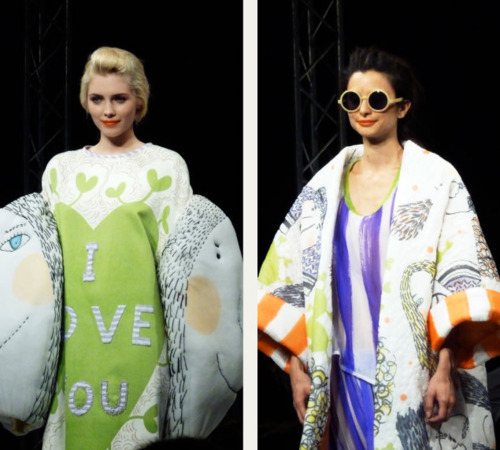 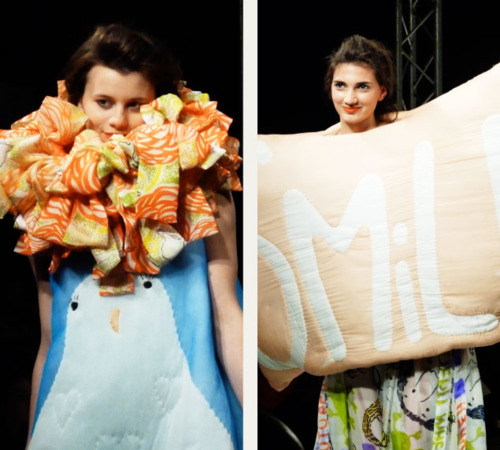 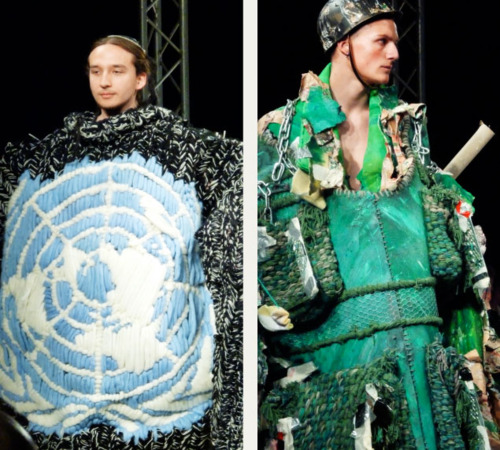 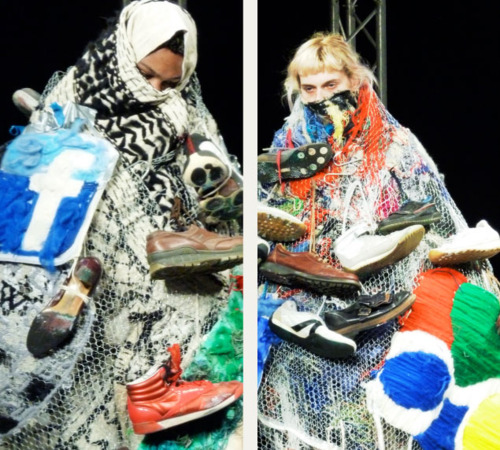 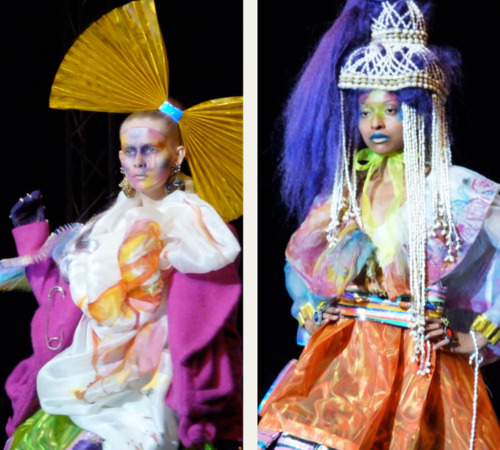 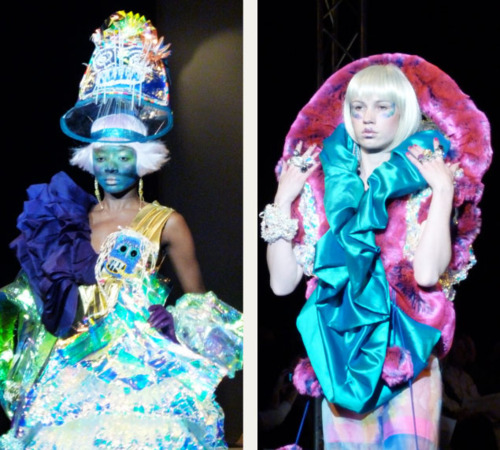 Catwalk images from The Cutting Class.