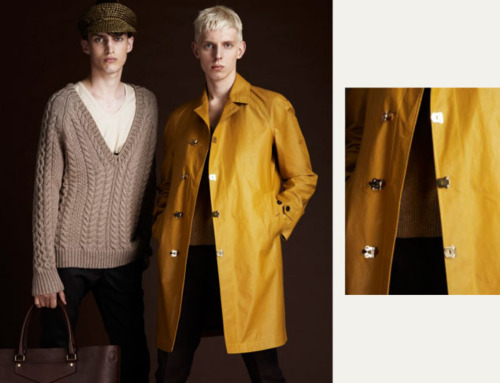 Although buttons and zips are always used in abundance in the collections it was nice to see some variations of fastenings, particularly in the Menswear shows. The designers featured have used the fastenings to be a functional and aesthetically pleasing part of their designs, rather than be purely utilitarian and hidden away. At Burberry Prorsum this included what hooks to be a variation on a hook and bar, or oversized hook and eye, and there was more metal hardware at Dior Homme where a ring motif was used.

At Ann Demeulemeester there was a small chain fastening that was perfectly inkeeping with the low slung drape of her garments, but there was also a handstitched detail that turns simple press studs, into shapes that looked like small wheels. Lanvin interestingly used both zips and buttons along the same closure and also used studs but in a dark contrast metal against a white coat. And at Comme des Garçons the use of toggles gave the soft tailoring a more naive look. 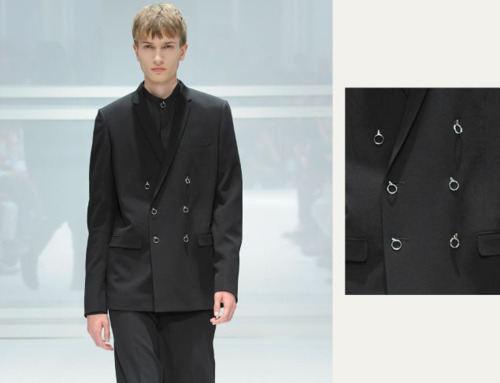 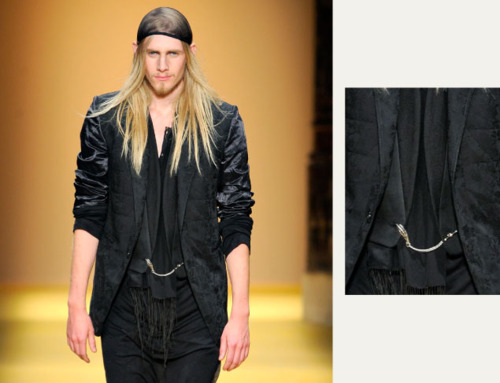 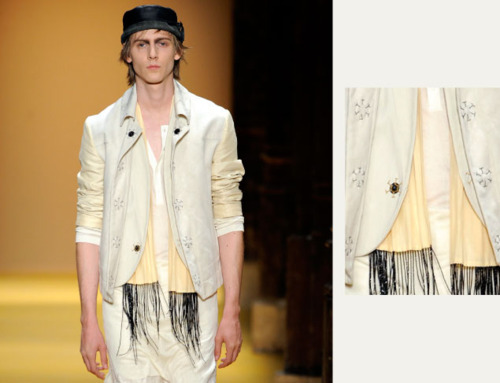 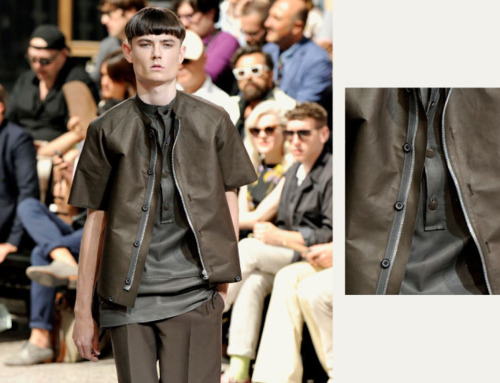 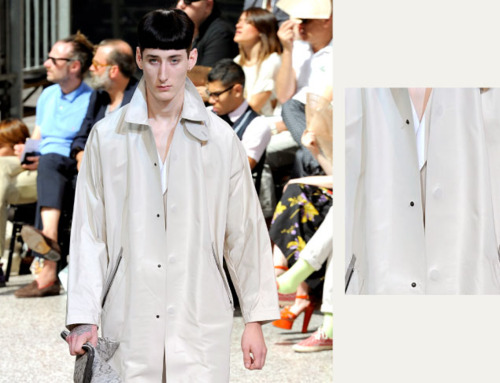 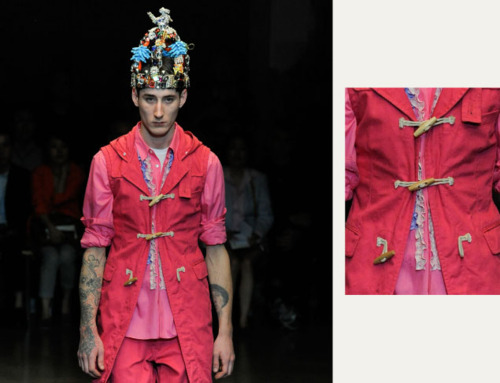