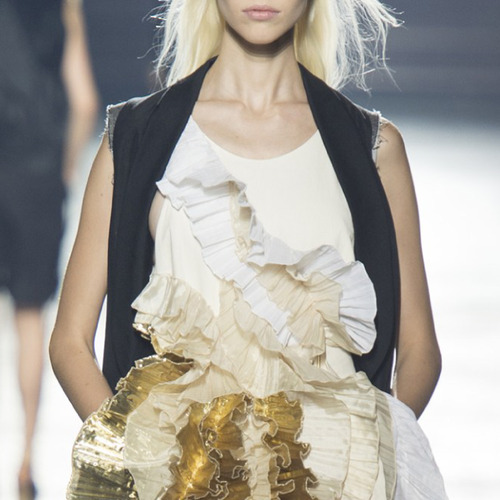 The ruffle is one of those sewing embellishments that can struggle to look contemporary, too often falling into the trap of looking prissy or dated. For his Spring-Summer 2014 collection, Dries Van Noten was able to use ruffles without compromising on the usual slouchy cool of his collections.

One of the main factors that allowed the ruffles to work within the collection was their placement. Ruffles were often used asymmetrically trailing across the front of tops, up the side edges of skirts and dresses or draped unevenly around shoulders.

The use of particular fabric choices was also important. At times the ruffles were used to inject a hit of metallic gold into a look, but they were predominantly used in the self fabric of the garment, making the ruffle less of a feature and more of a texture. This worked well over entire skirts to help to create a soft, but boxy skirt silhouette.

In terms of the actual construction of the ruffles, the fabric was often pleated and then edged with an overlocking stitch before being gathered into a ruffle. The pleating seems to have helped to make the ruffles crisper and less flouncy, as the pleating helped to give the fabric a stiffer structure. 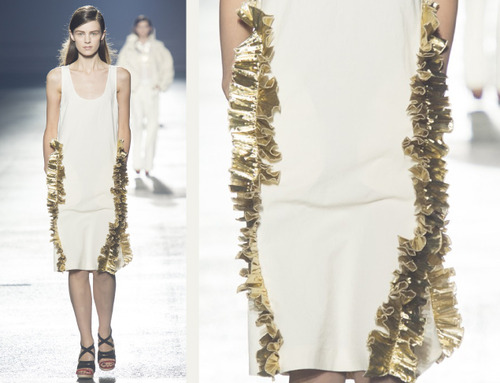 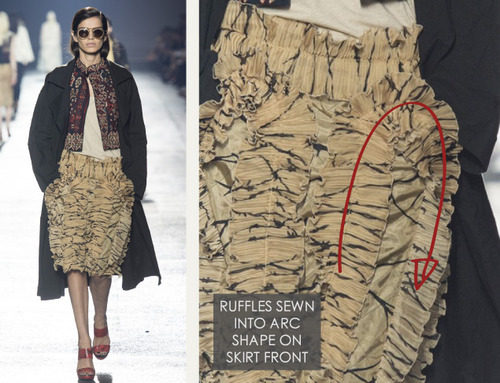 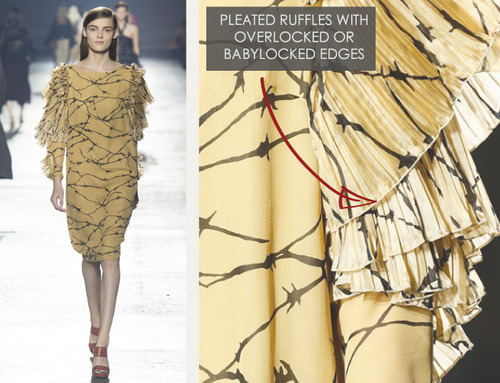 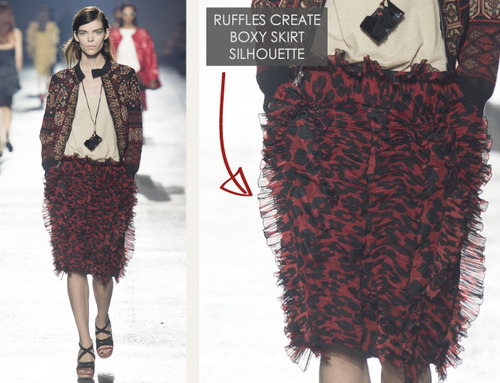 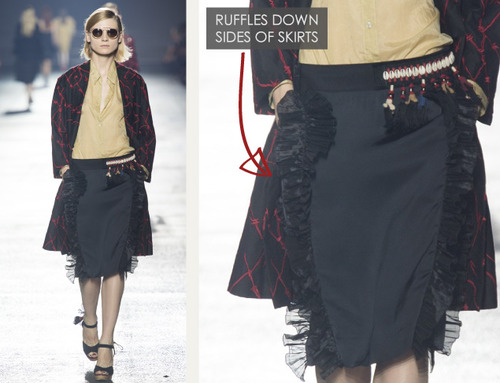 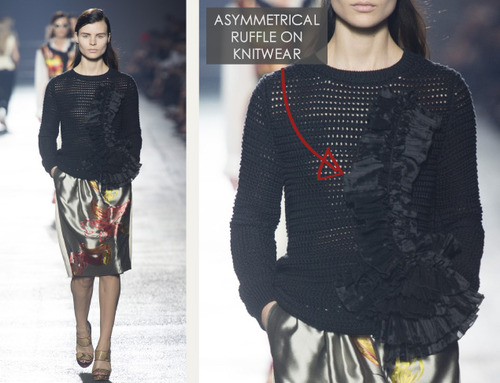 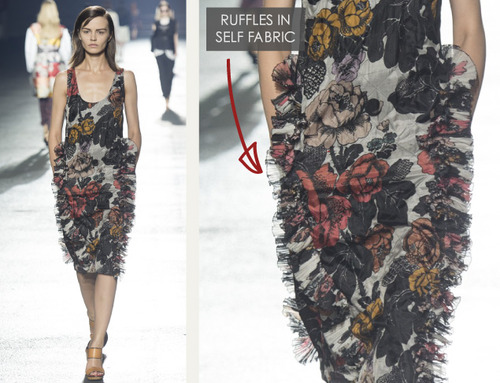 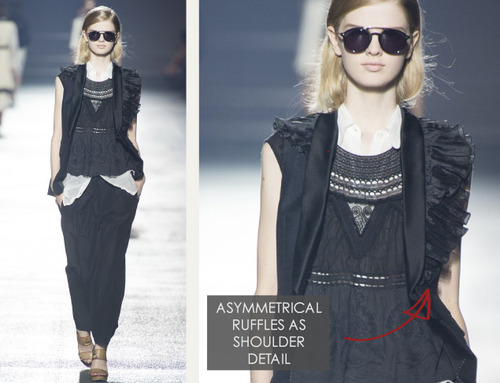 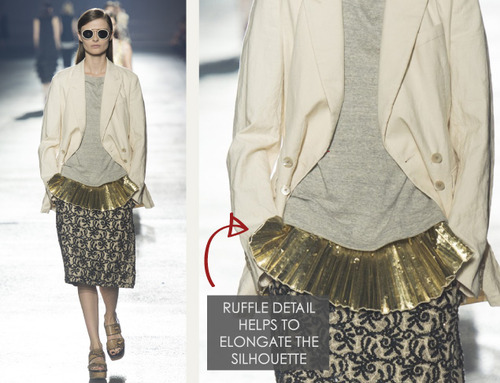 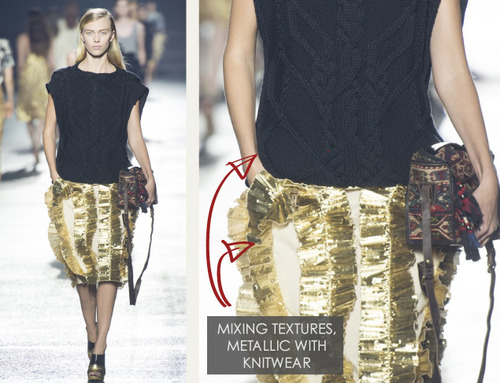 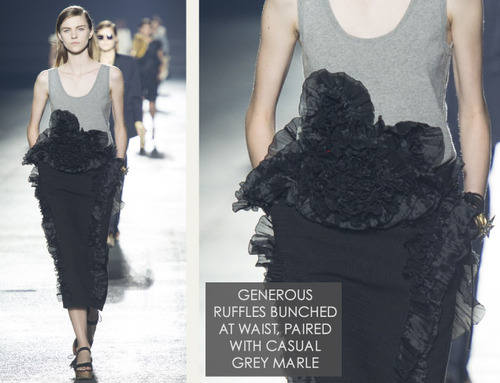 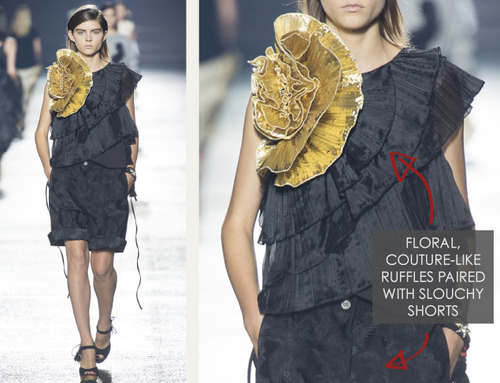 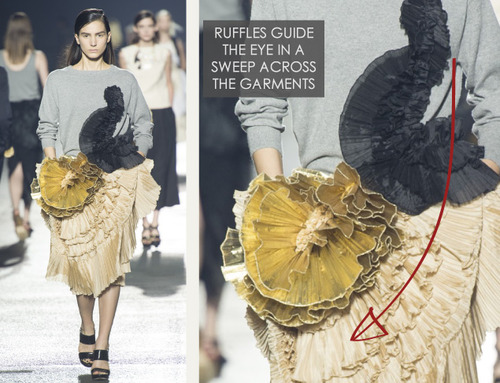 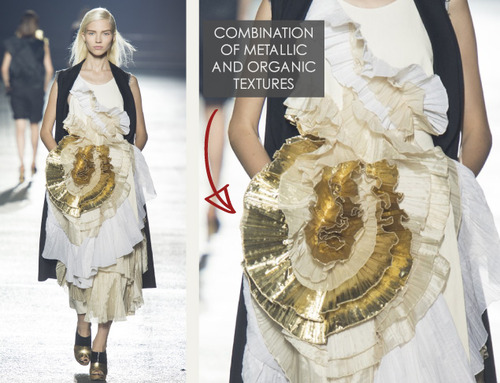