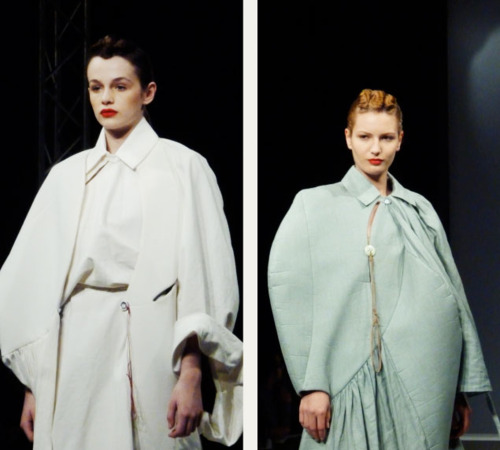 At the Central Saint Martins BA Honours show last week there was an overwhelming mood of playfulness, with cartoon-like garments fit for an anime festival. There was also some very solid design work going on, the sort of work that would not look out of place on the catwalk beside some more established designers.

Below are some examples of the work by some of the other graduates, whose work was not featured in the post Lyrical Whimsy at the CSM BA Honours Show». Novelty value aside, these were the designers who really created an amazing mood within a short space of time and whose work could easily develop out into much longer catwalk presentations. 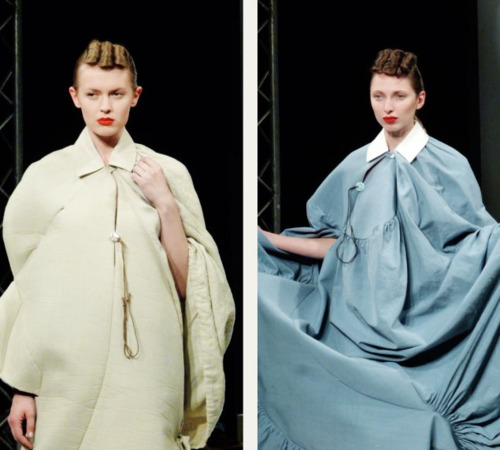 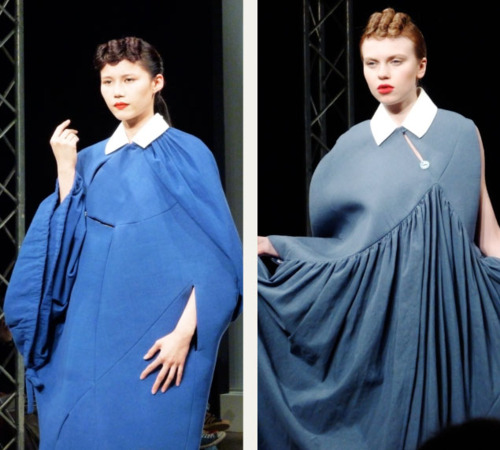 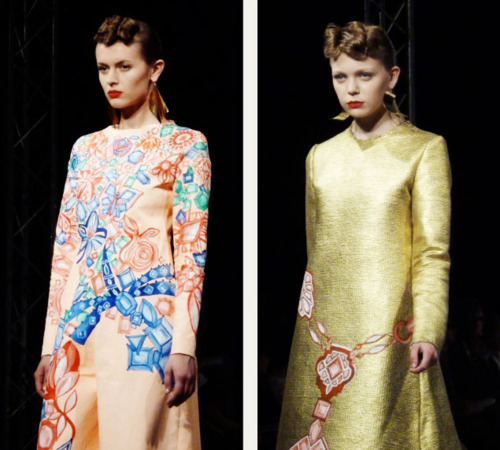 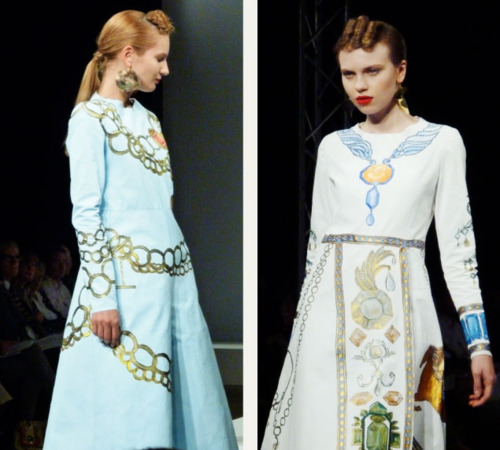 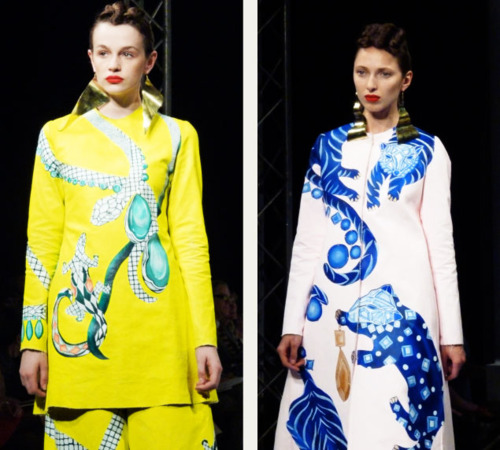 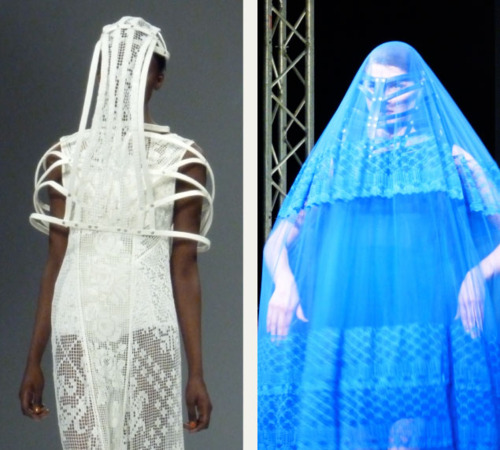 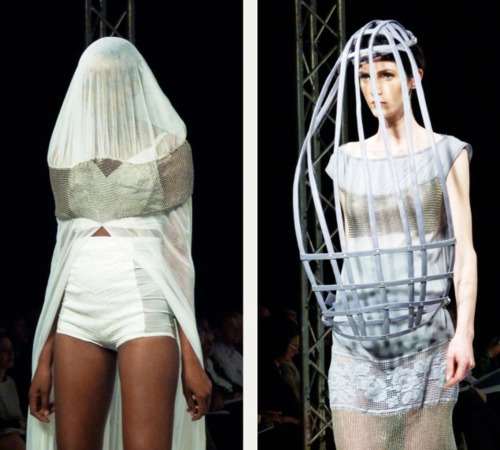 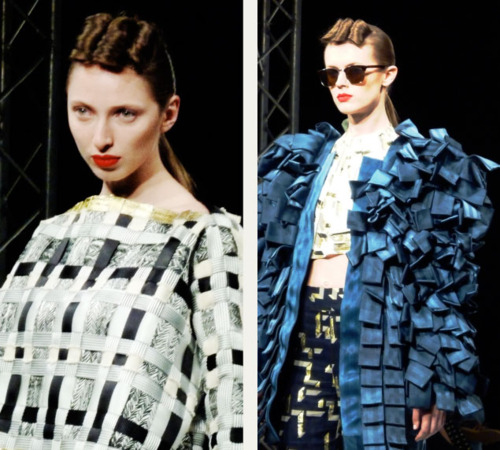 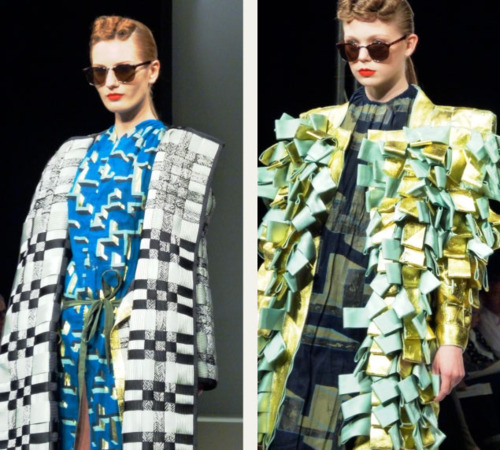 Images from The Cutting Class.