The Spring-Summer 2016 pre-collection from Ports 1961 was filled with pops of vivid colour set against a neutral canvas of whites and creams. Different trims and embellishments were used across the garments to foreground parts of the garments and to give the garments texture.

Bias binding was used in an interesting way to create sweeping curves and angular mitred corners along the edges of oversized garments. At other times, the use of vibrant linework appeared as a print and these garments were styled with bunches of chaotic trim to draw attention to the print as part of the photography of the collection.

Custom designed knits and wovens also appear to have been developed for the collection. One detail in particular appears to have been created by layering a colourful woven over a neutral backing fabric. The coloured layer then appears to have been cut through to create sections of fringing that play nicely with the proportion of the garments by breaking up the repetition of the weaving pattern in horizontal stripes. 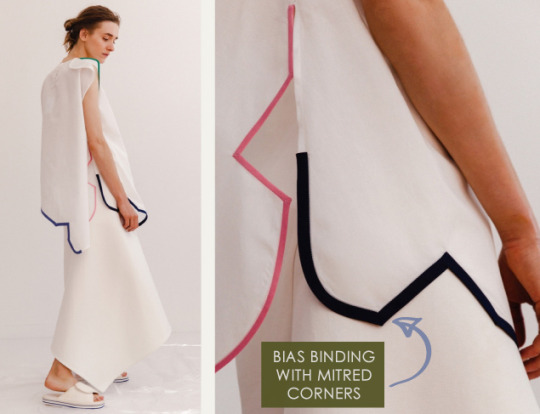 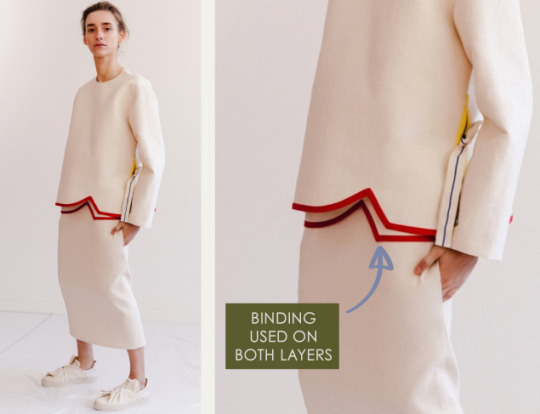 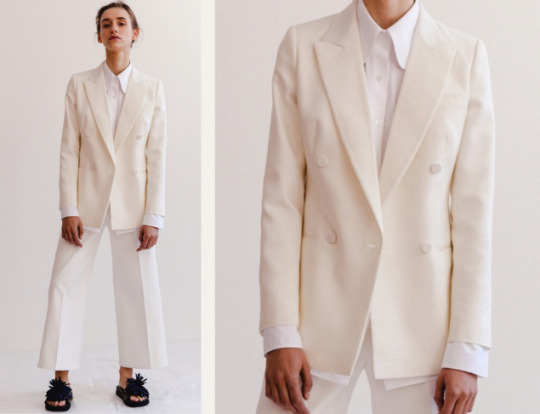 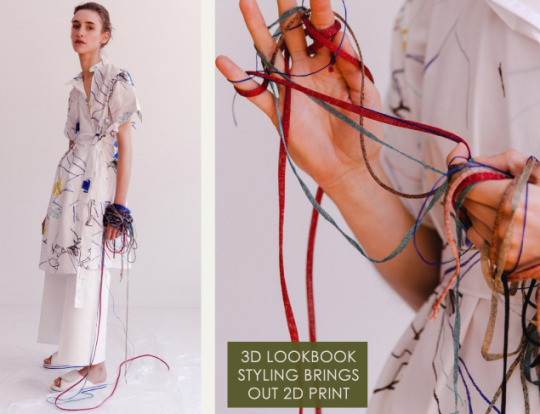 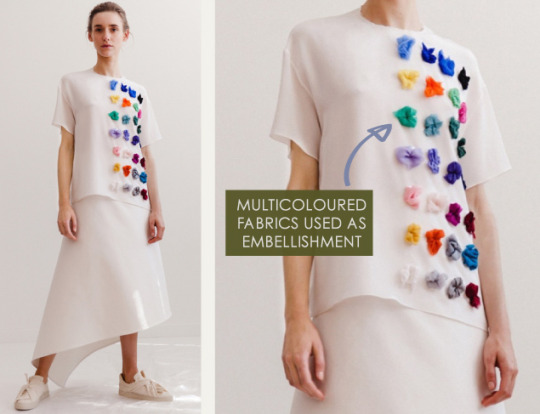 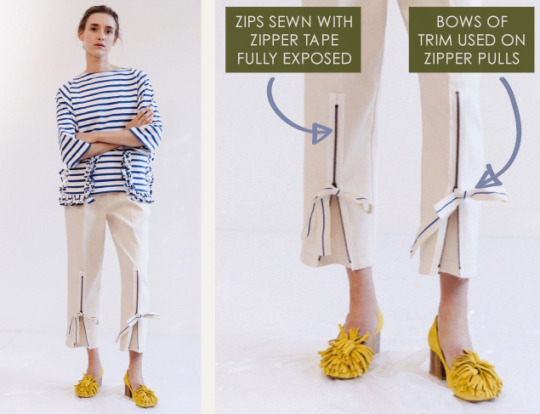 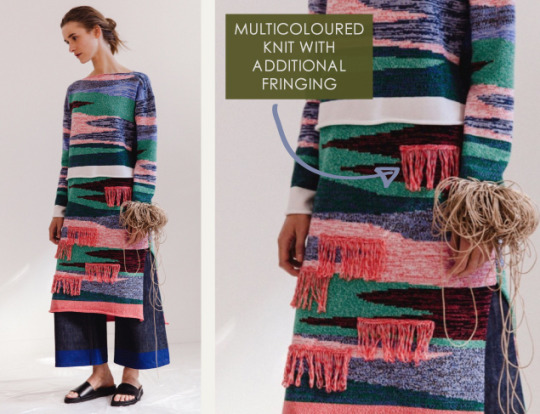 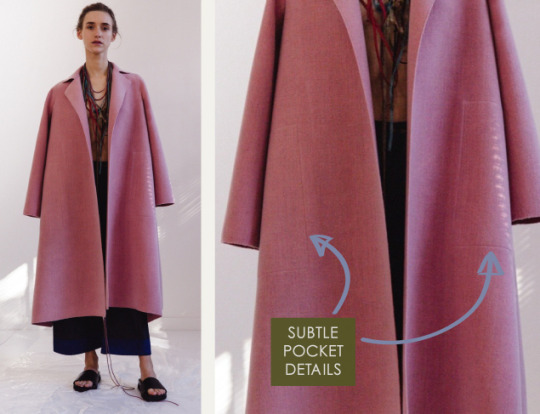 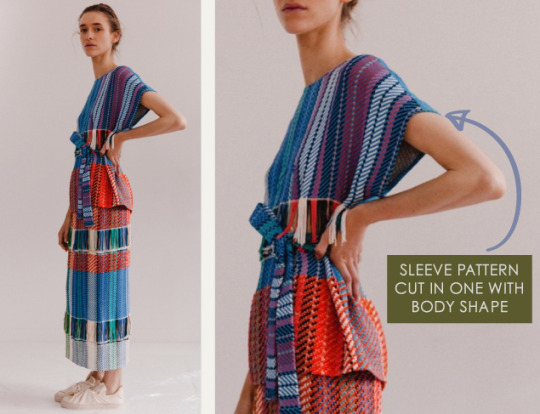 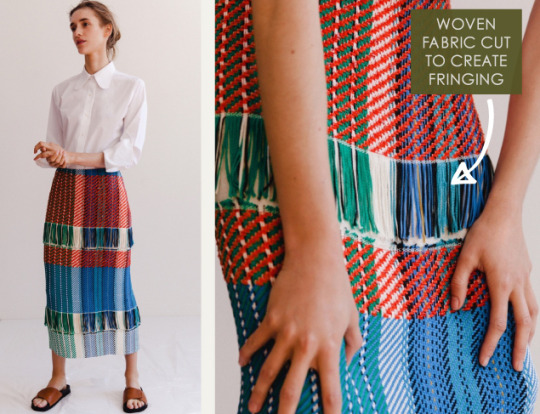 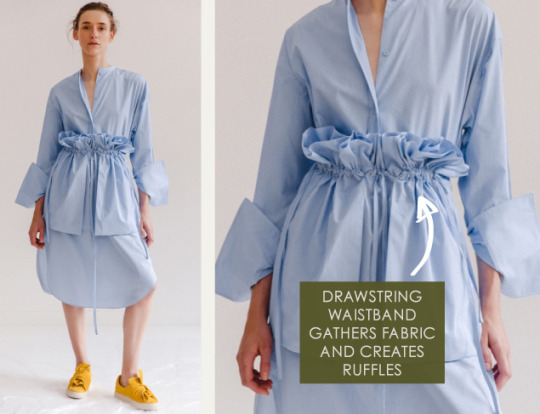 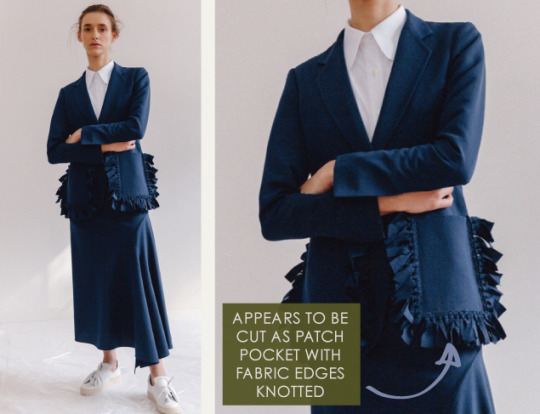