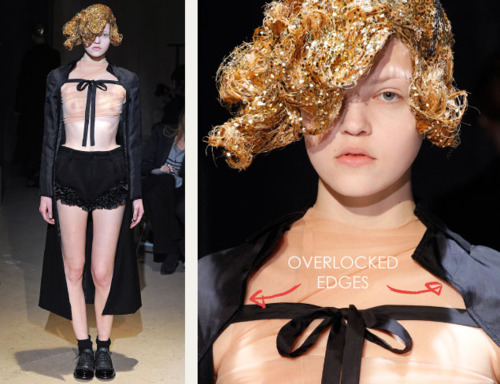 Half the fun of looking at a Comme des Garçons collection is in looking at the way Rei Kawakubo turns normal sewing rules upside down. Don’t expect to see seams in usual places, easily discernible boundaries between garments or overly laboured couture techniques – it’s all about the concept and finding beauty in the imperfections.

Overlocking is generally used as a technique for finishing the edge of fabric so that it does not fray, but in many Comme des Garçons collections Kawakubo has used overlocking to finish visible outside seams, often in a rough manner and with a mismatched thread.  Overlocking is a mass manufacturing technique which is quick and efficient and generally kept hidden from the eye of the consumer in most high-end ready-to-wear collections. The machines are sometimes also referred to as ‘sergers’ which also cut the fabric as they sew, although many machines which cut the fabric are simply referred to as overlockers whether they cut the fabric or not.

The general principle is that by looping the thread around the edge of the freshly cut fabric the multiple threads are able to secure the weave of the fibres at the edge of the fabric, preventing sections from separating out and causing fraying. Often overlocking is used on sections of garments which will later be hidden by lining, or where visible, will sometimes be replaced with a more elegant finish such as a french seam or bias binding. A similar stitch is also sometimes used on sportswear seams but sometimes in this instance it may be a variation known as flatlocking.

An example of typical overlock stitch formations can be found below so that you know what to look out for on the garments. 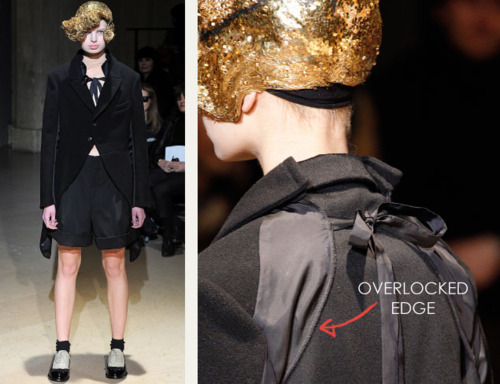 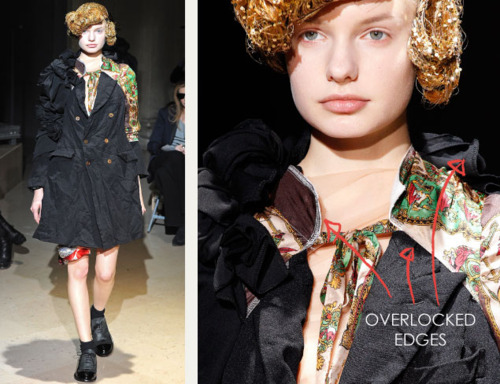 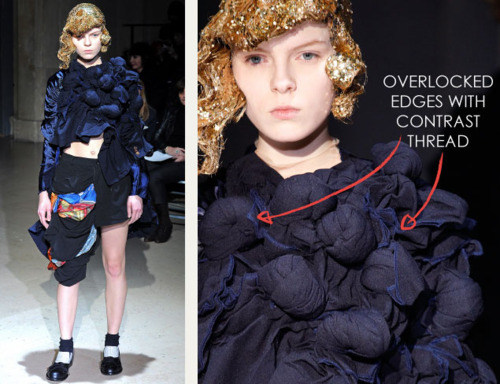 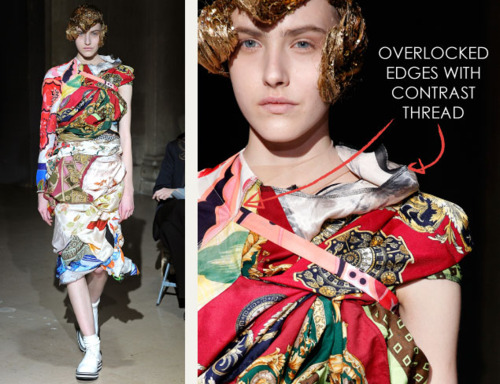 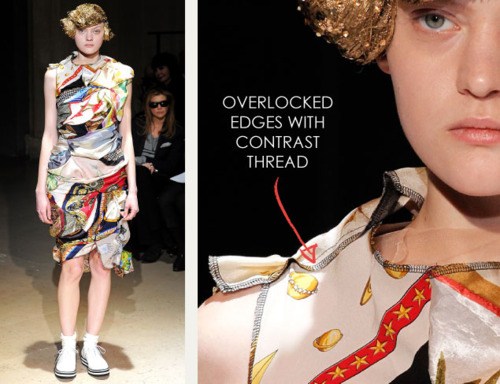 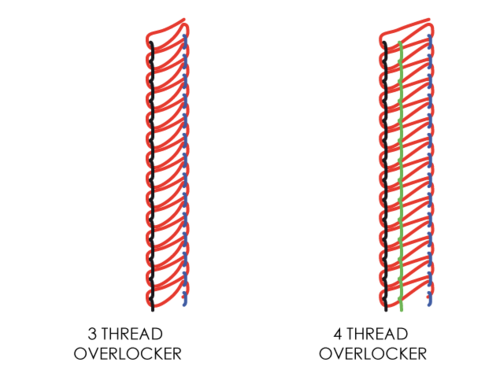 Overlocking images by The Cutting Class.