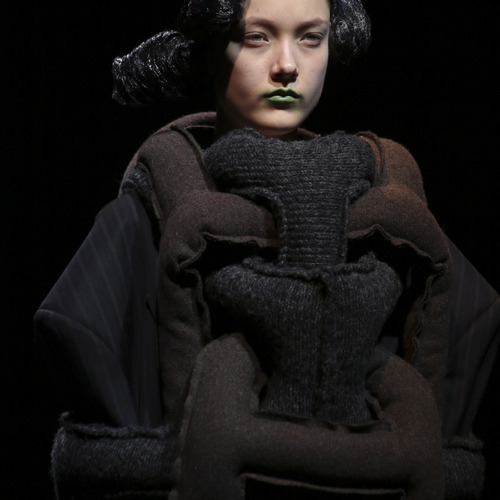 The Comme des Garçons collections often include garments that envelope the body in a way that disregards the location of limbs, traditional erogenous zones and standard clothing proportions. In the Autumn-Winter 2014 collection, the models were often wrapped in padded tubes, which were weaved, wrapped and knotted around their bodies.

In terms of design and concept, many of the shapes used in this collection flowed on from the linked and padded sections that were seen in the Spring-Summer 2014 collection», however in this most recent collection the mood appeared to be far more sombre with a darker colour palette.

In terms of construction, the padded sections were often sewn with the seam allowance left visible on the outside of the garment, rather than sewing seams in a traditional way to “bag out” the fabric where the seams would be hidden inside the garment. This approach of having very visible construction techniques such as visible seams, or edges finished with overlocking or fabric left raw, plays into the Comme des Garçons aesthetic. It’s also just very practical. If you are trying to create tubes and panels that link and loop and knot, then it’s much simpler just to leave the seam allowances on the outside, particularly so that the fabric can be moulded around the padding as needed. 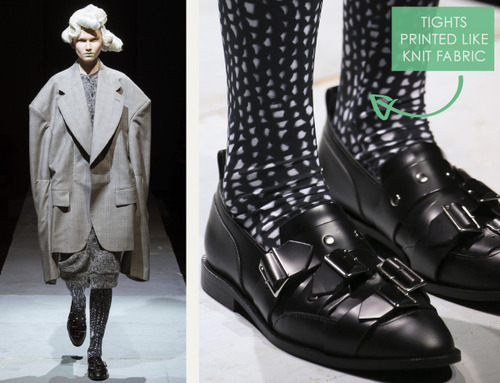 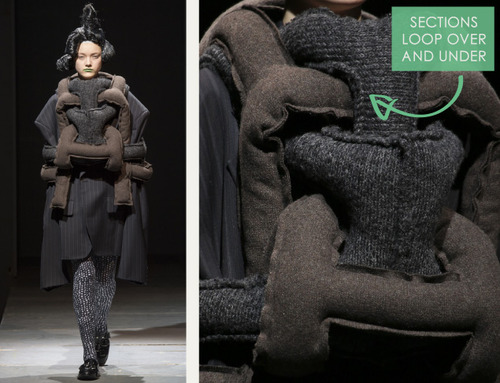 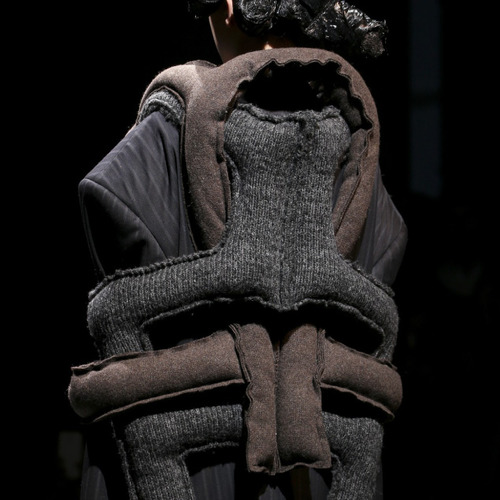 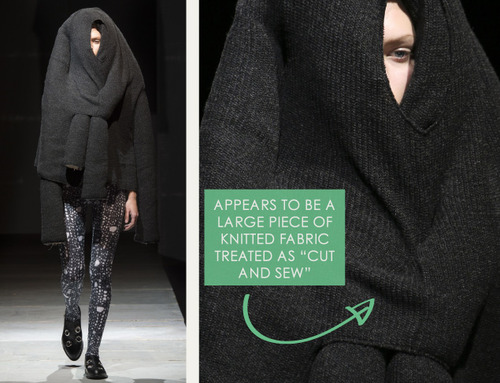 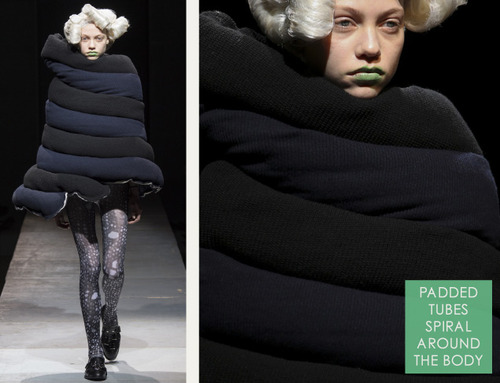 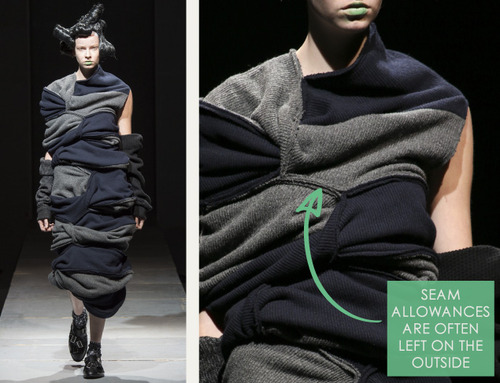 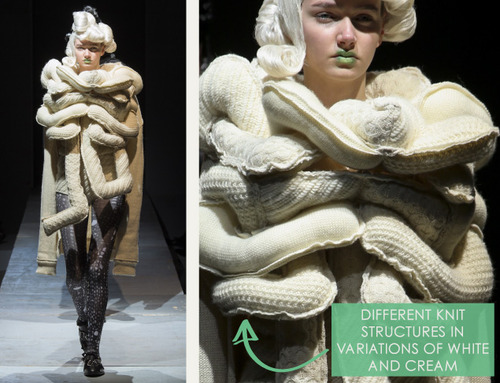 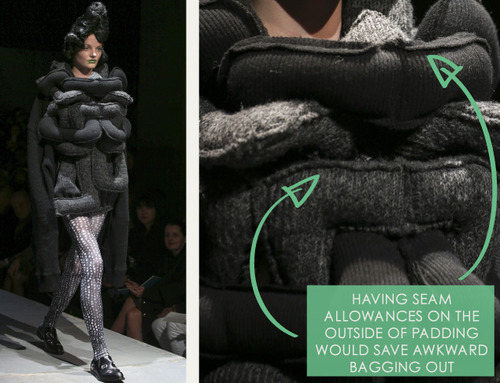 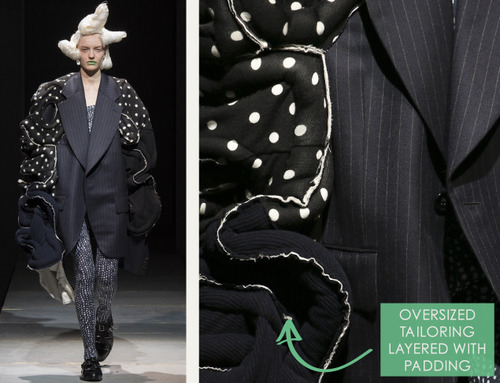 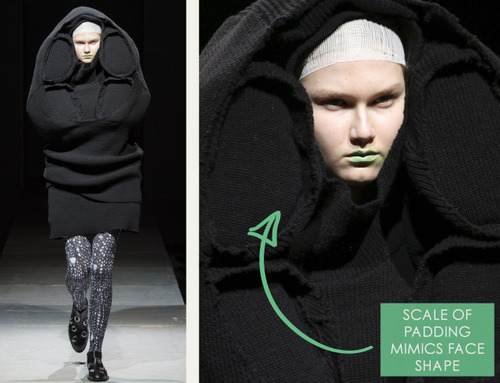 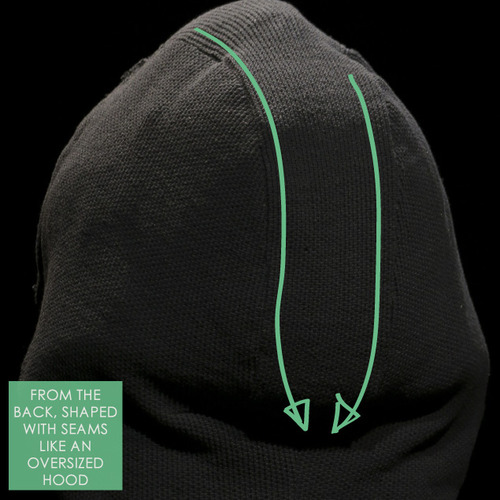 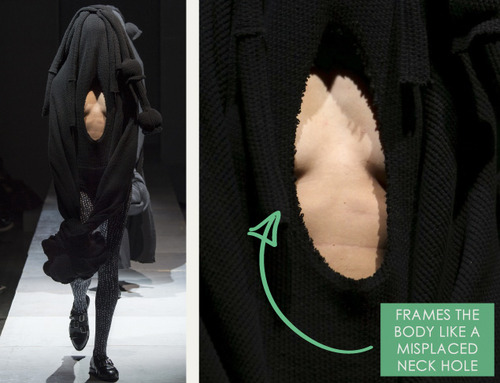 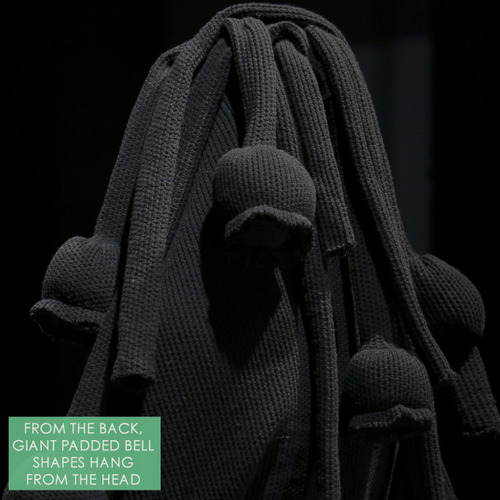 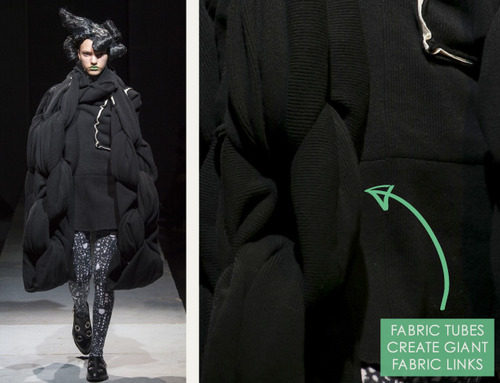 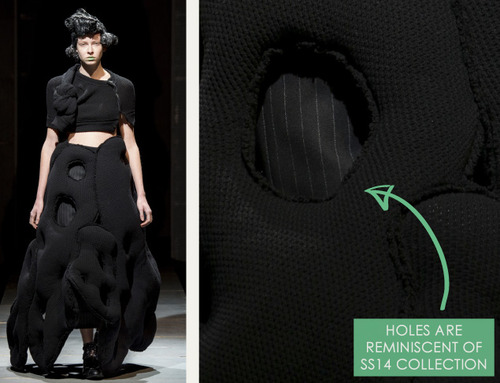 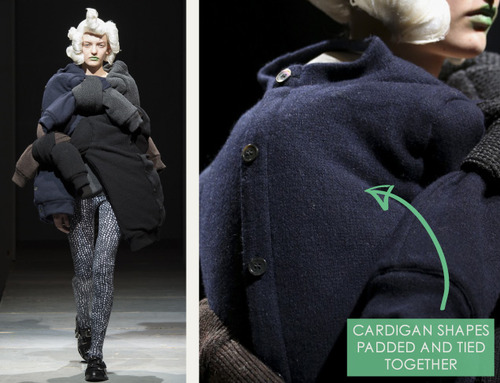