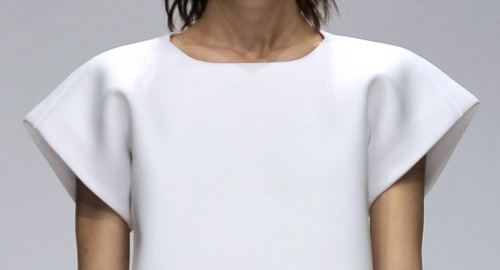 When it comes to design, simplicity can often breed perfectionism by means of pure necessity. The more minimal and sculptural a design becomes, the less room there is for error or anywhere to hide any construction problems. In the case of designer Tze Goh, it is clear that his time studying in Parsons and Central Saint Martins has led to an acutely developed sense of form. And of resolving every detail of the form.

Developed from the idea of a white t-shirt, the Autumn-Winter 2010 collection by Tze Goh featured forms which were carefully constructed using foam. In an article in Icon Magazine», Goh described the foam as being the same as that used in womens underwear, though the cloud-like shapes reminded me of the fusible wadding which is available from Freudenberg and other manufacturers.

In addition to his unique use of foam, other construction decisions have been made which support the moulded look of the garments. There appears to be no visible stitching anywhere, so Goh could not rely on topstitching to make seams lay flat. Instead seams have been pressed open to achieve minimum bulk. The seam allowances could also have been fused with a fusible tape to help keep them open.

Fastenings are also as barely there as possible but remain utilitarian. Invisible zips hide neatly away in seam lines and hook and bars are used in some garments, allowing the closures to be adjustable by setting in multiple lines of bars to ensure a perfect fit. 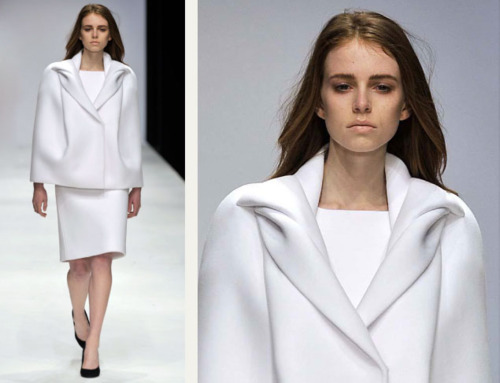 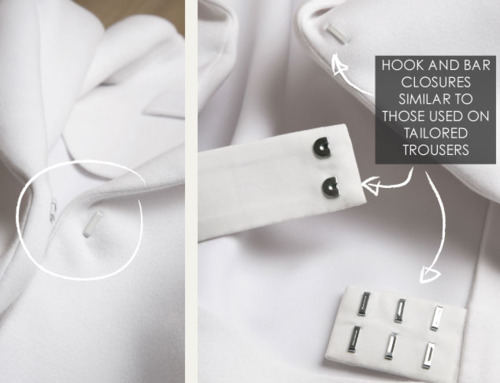 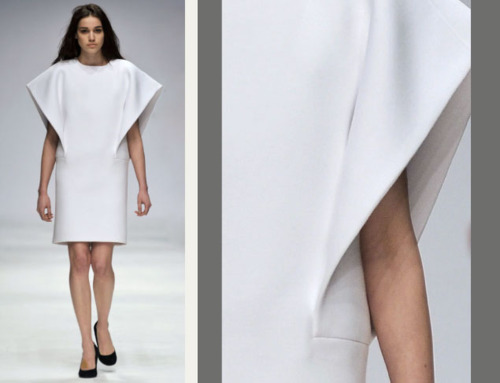 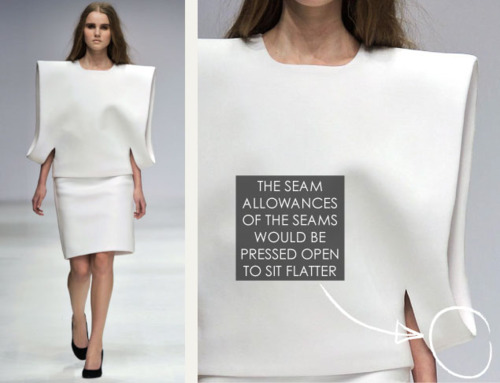 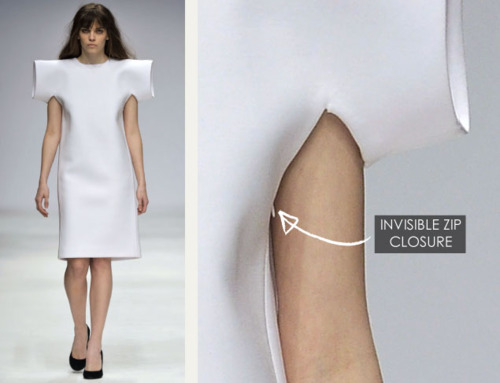 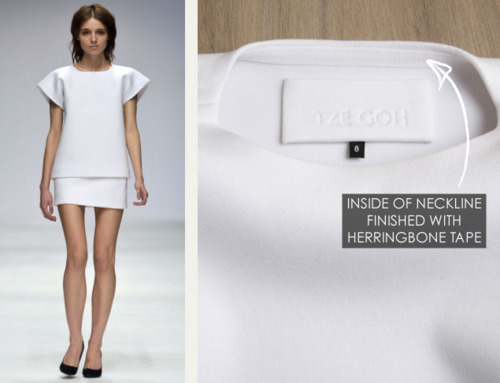 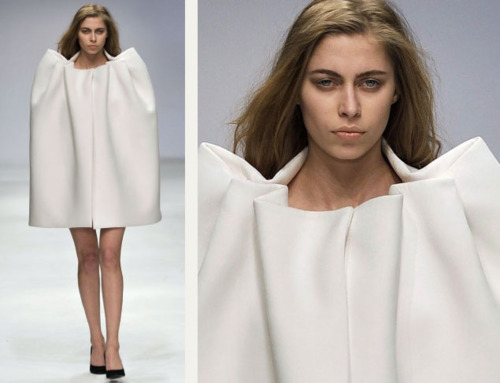