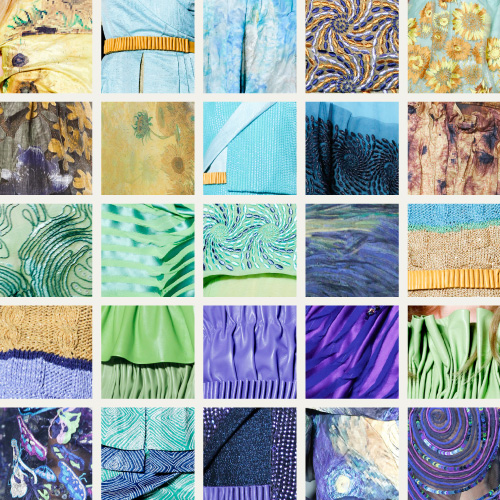 The Spring-Summer 2012 collection from Rodarte centered around the colours and textures that Vincent van Gogh used to great effect in his oil paintings. The tones were at times as vibrant as van Gogh’s depiction of sunflowers, while in other garments the tones were muted and murky as in Starry Night Over the Rhone (1888).

Much of the surface texture of the collection focused on different ways to translate the artist’s brushstrokes into textile manipulations and embellishments. The circular movement of daubs of paint were translated into swirling embroideries or lines of sequins in jewel tones. The thick, glossy texture of oil paint bubbled into lines of thick organic pleating in pastel greens and mauves.

The most literal applications of the paintings, which came in the form of digitally printed silks, gave a nod to modern technology as the thick painterly marks were mixed and blurred with different sized sections of pixelation. The varying pixel sizes also echoed the metallics that were mixed in with the collection which acted as a reference to van Gogh’s use of shimmering light in his paintings. 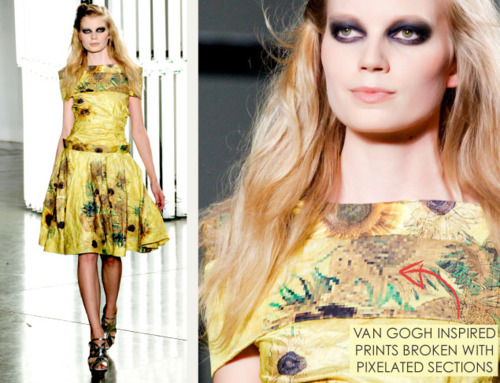 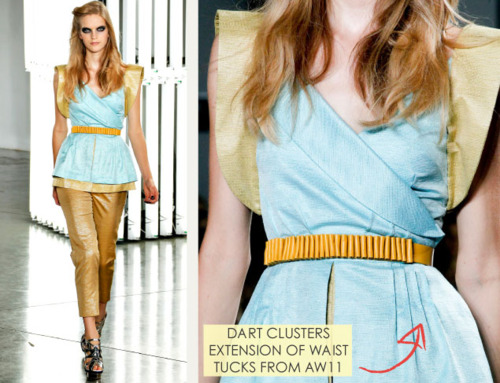 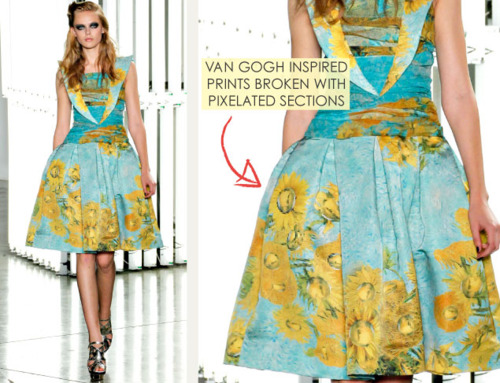 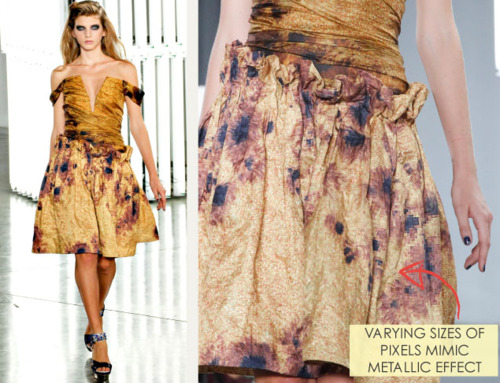 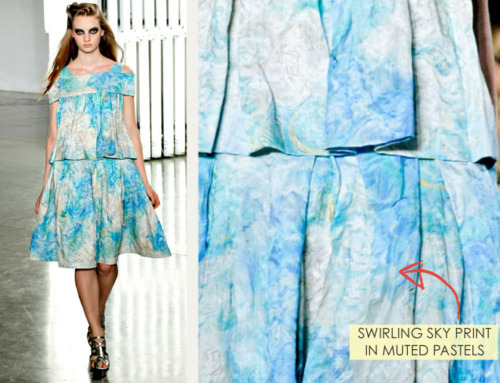 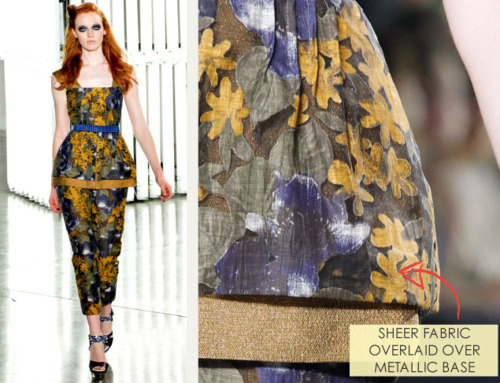 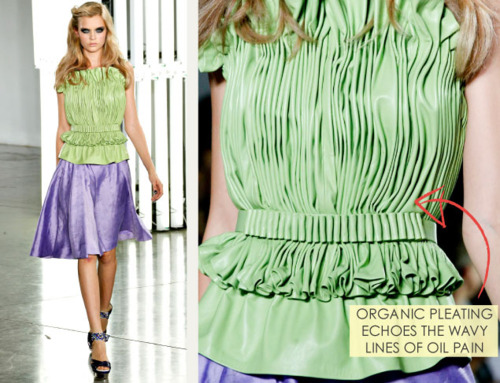