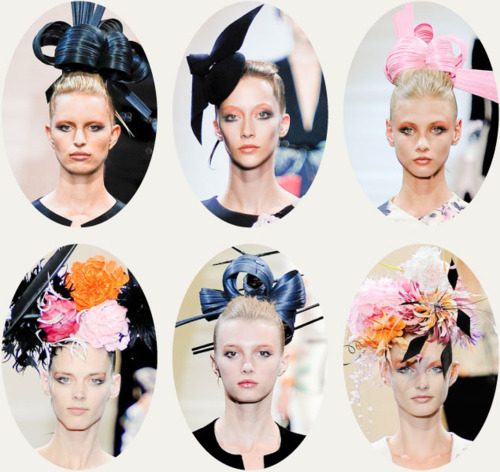 For Georgio Armani’s Couture collection for Autumn-Winter 2011, the garments and accessories were created to honour and celebrate the Japanese aesthetic. In terms of styling this included Philip Treacy’s very own versions of Kanzashi, the beautiful hair ornaments that have become such a symbol of Japanese Geisha beauty. 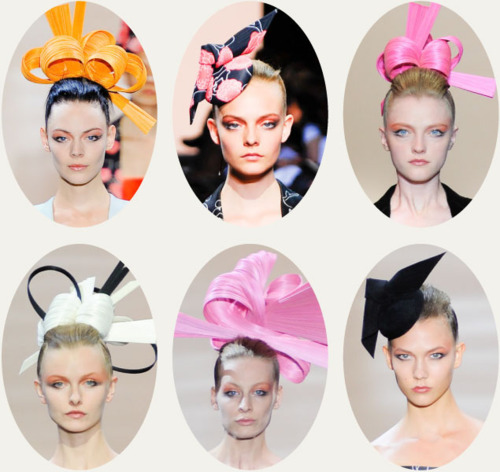 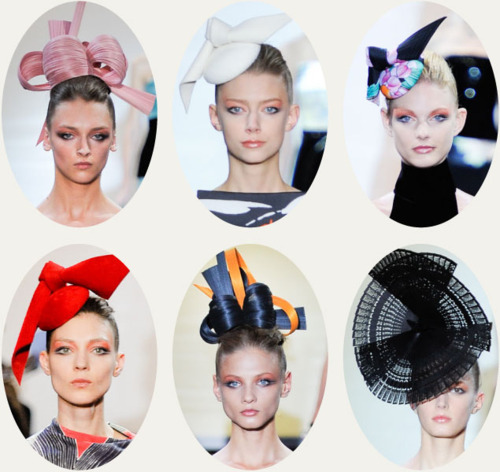 In Philip Treacy’s interpretation, the floral arrangements mimicked the more traditional headpieces and provided a 3D version of the prints and embellishment used in the garments of the collection. In contrast the more sculptural, origami inspired headwear provided a more structured dynamic and were apparently also partly made from paper, similar to the styling of the Oscar de la Renta collection for Resort 2012. Images can viewed here from the post Angular Cubist Hats at Oscar de la Renta».

In the use of the floral and sculptural elements, these two opposing styling references echoed the use of colour and form within the collection, and echoed the dynamics that we associate with the aestehtic of Japan itself – the slim line restraint of the elegant black dresses gave the collection a suitable sombre and reserved edge, while at the same time the garments are given new life through the elegantly vivid prints and details. 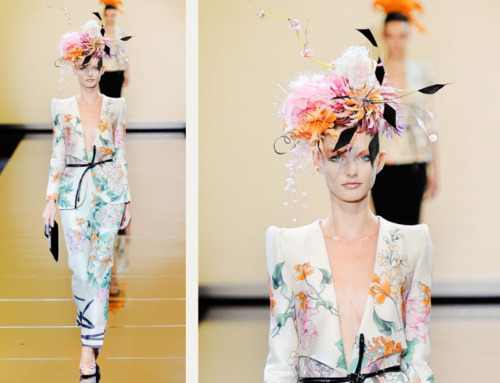 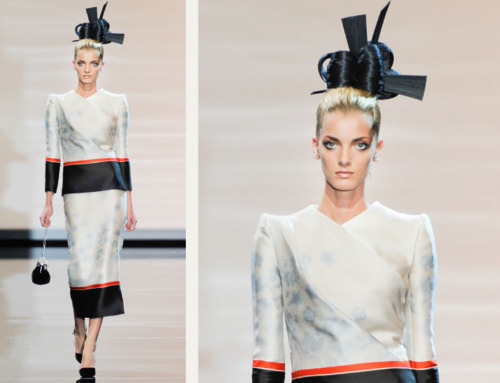 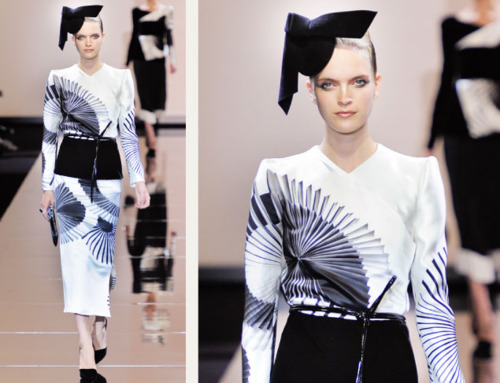 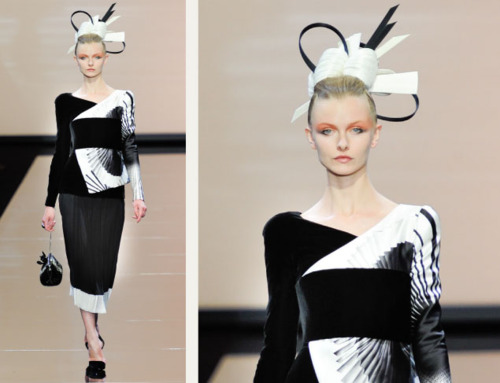 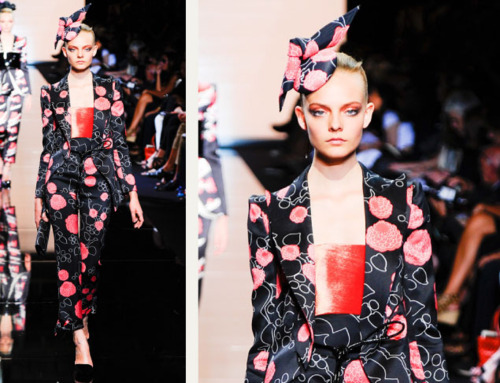 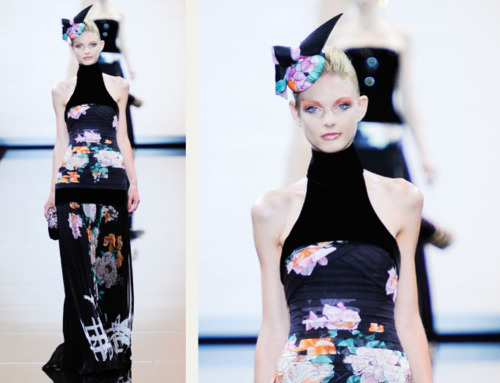 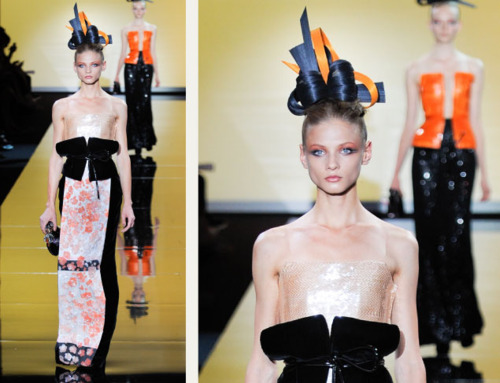 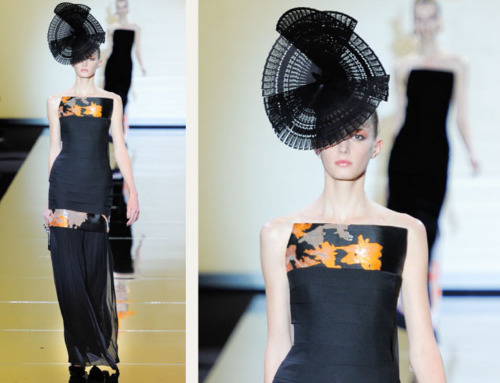