Pleats and Contrasts at Kenzo

Pleats and Contrasts at Kenzo

The Autumn-Winter 2015 collection at Kenzo included some interesting pattern cutting details to create draped details and subtle folds of fullness. At times, sportswear colours and satin fabrications were contrasted with a more historical technique, with cartridge pleats used on sleeve heads and dropped waists.

From a design line perspective, there were some nice uses of asymmetry to guide the viewer’s eyes around the garments. At times, angular diagonal panels cut across the sleeve and body pieces of tailored jackets, pierced with contrast strips of colours that bordered on neon. In some tops, curved panels arced across the shoulder area before sweeping into draped fullness around the waist.

There was also some interesting pattern cutting going on in the folds of come of the shirts and coats. There appeared to be extra fullness cut into some shirts and jackets around the neckline / collar area. This fullness appeared to be folded out at the top so that the pleat of fabric draped at a diagonal and blended to nothing at the waist. When used on both sides of the neckline, this created a triangular silhouette which flowed out from the top button of some looks and continued down into layers of fabric volume with staggered hems.

The use of contrast also played an important role in this collection, especially in looks that were so layered and patterned. Contrast facings, or possibly self-backed fabrics, helped to create definition on garments that used draped collars so that pools of black satin broke up detailed prints. 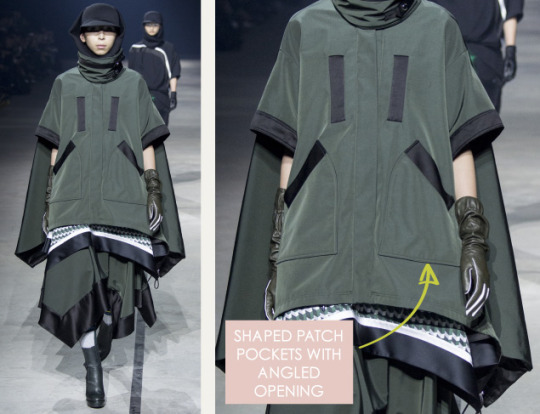 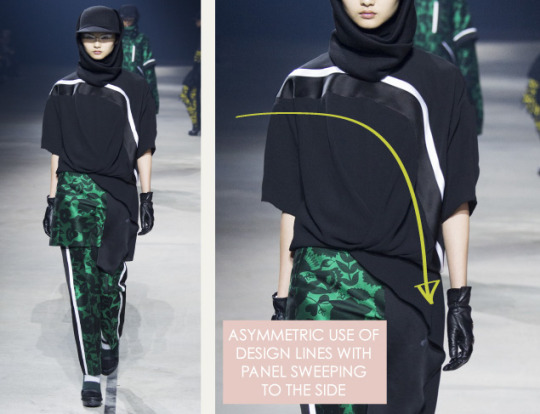 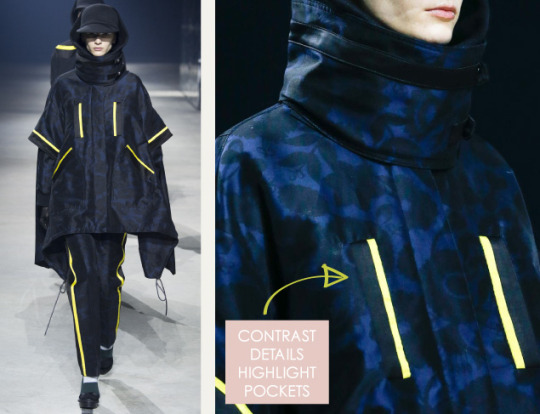 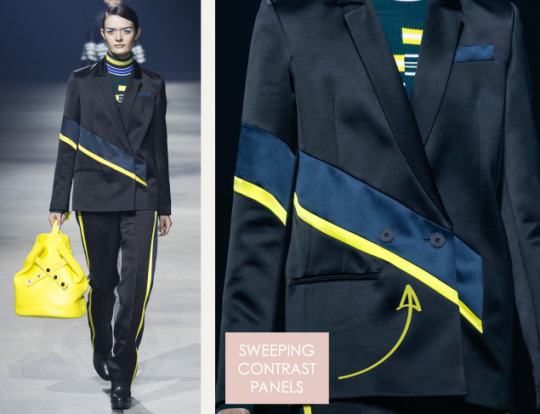 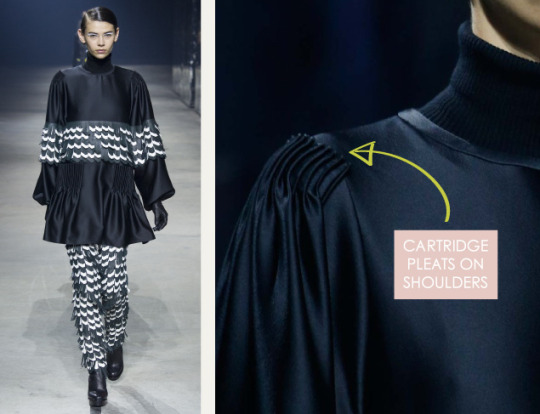 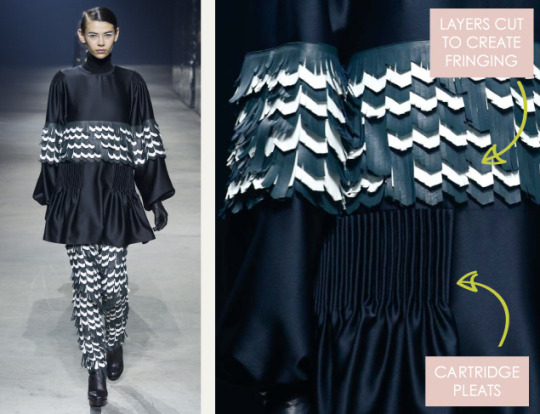 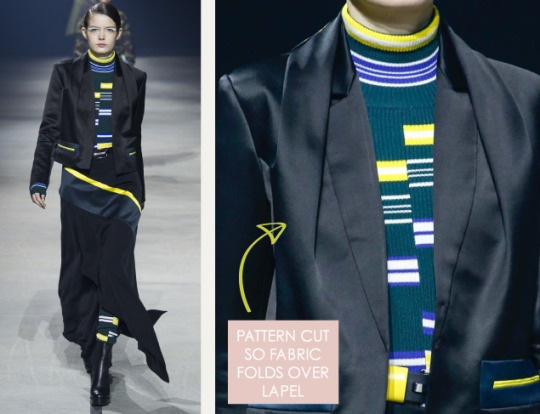 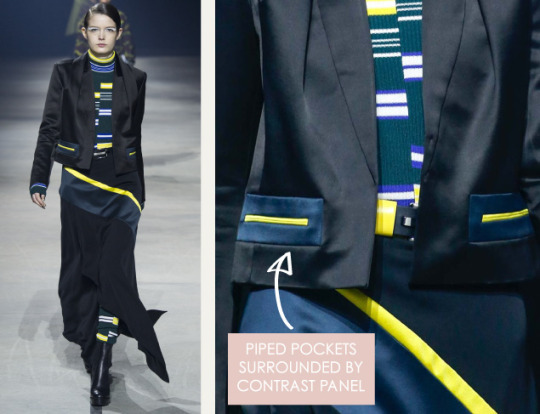 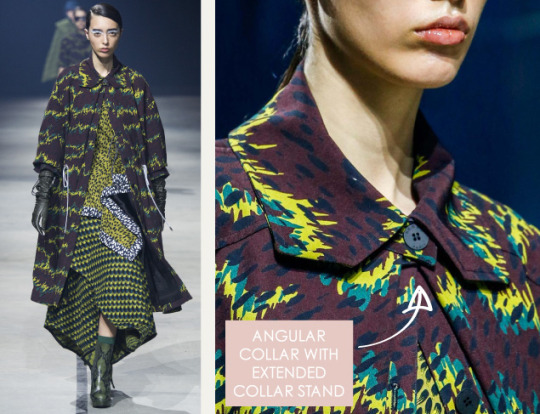 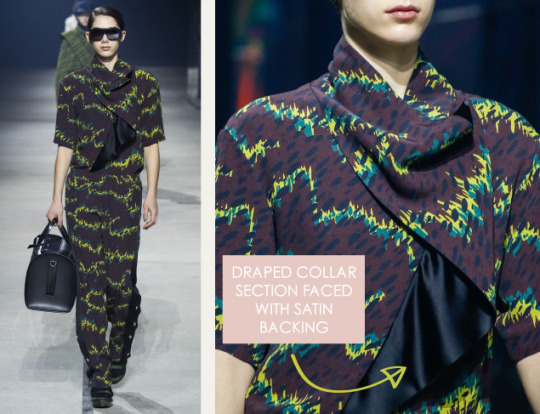 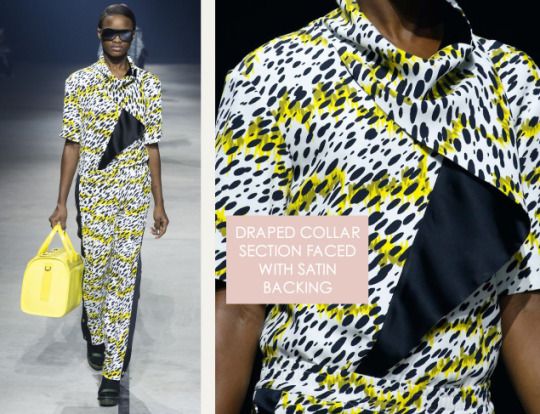 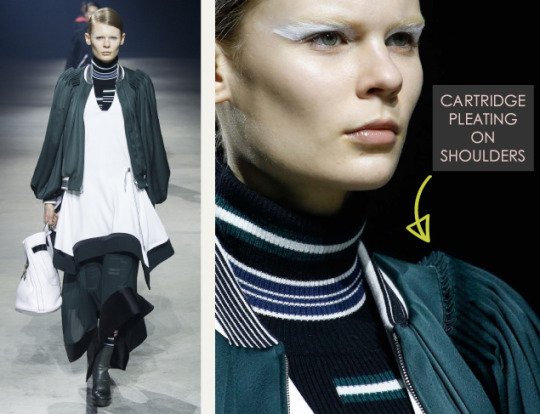 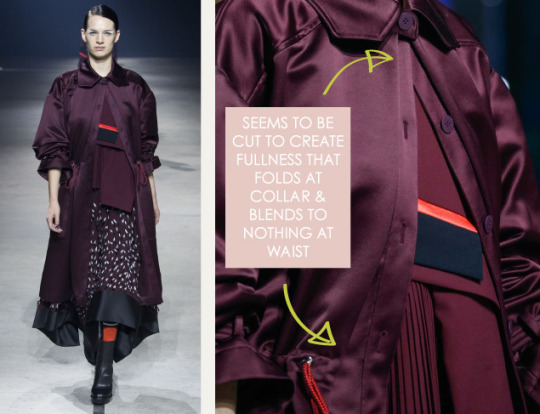 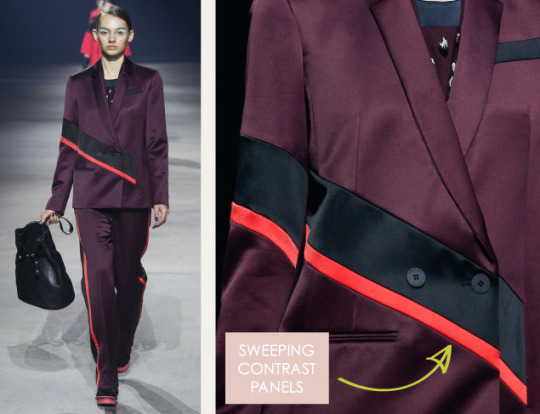 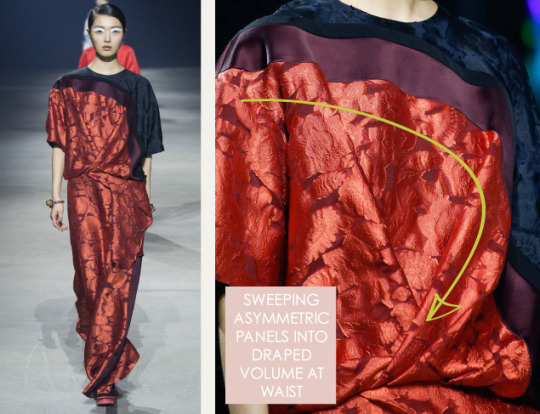 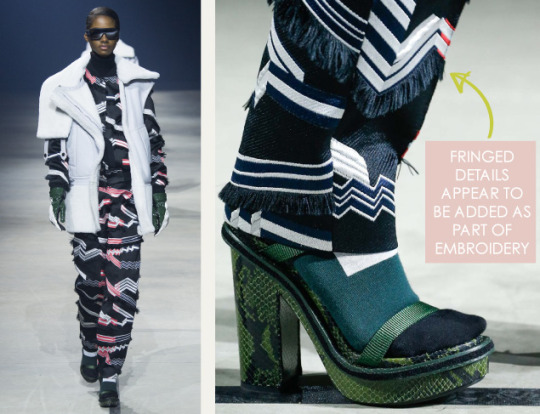 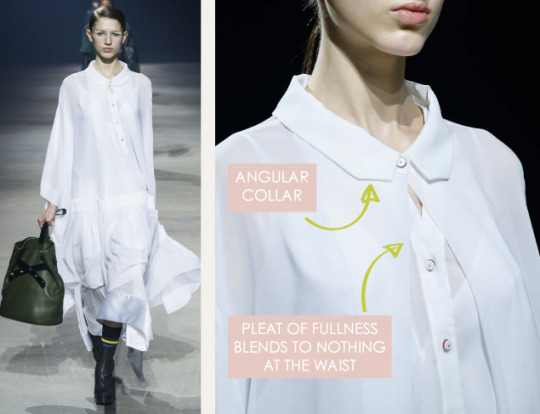 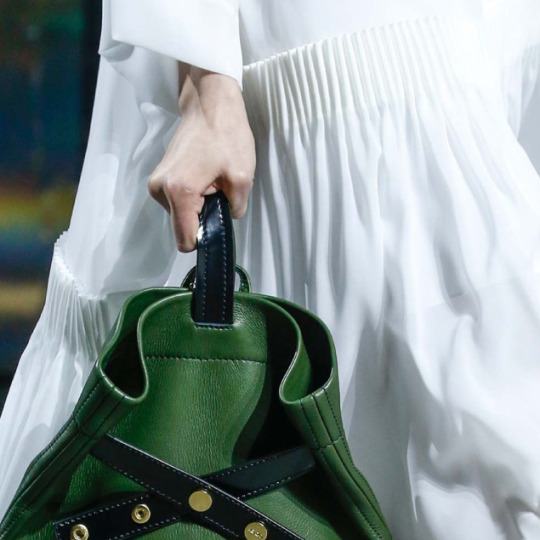