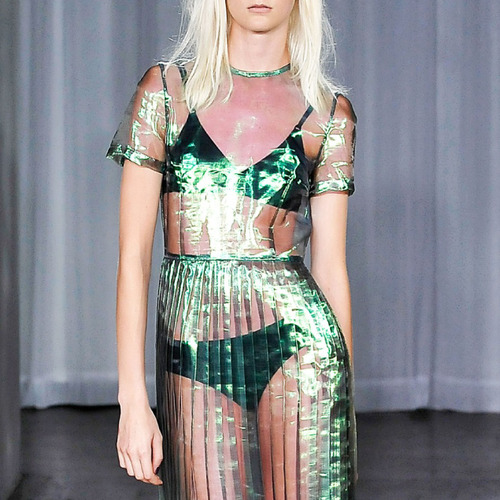 Pleats have been used in a variety of ways at the Spring-Summer 2014 catwalk shows, with designers experimenting with sheer fabrics, partially obscured pleats, knife pleats and box pleats. 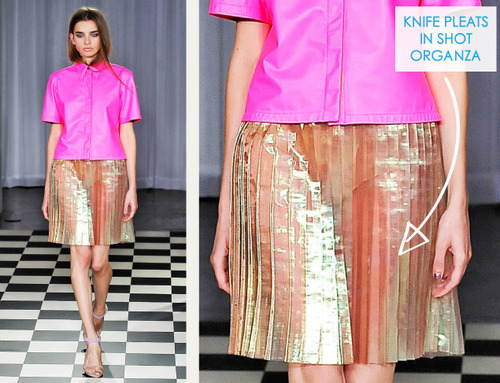 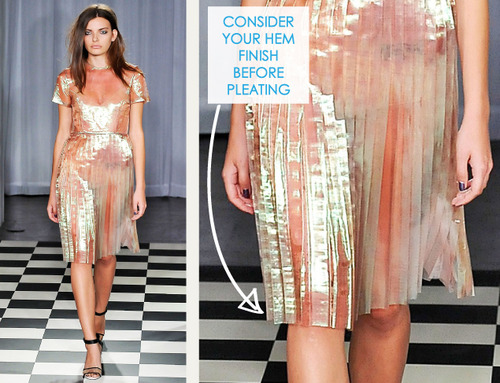 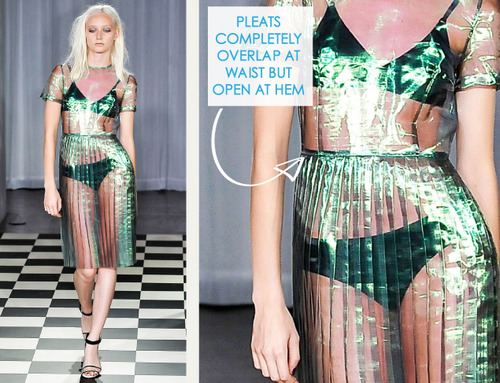 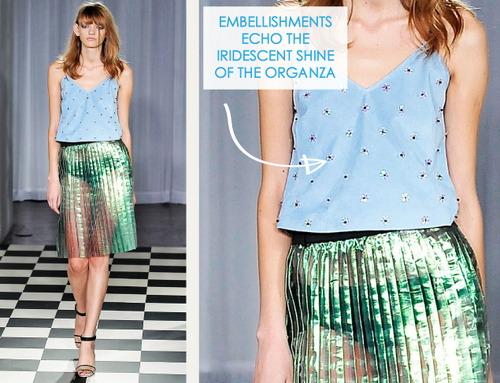 In the Antipodium collection for Spring-Summer 2014 an iridescent, shot organza was used for dresses and skirts, allowing the pleats to play perfectly with the light as the models moved. The pleats that were used in these garments are called “knife pleats” where the fabric is folded back and forth continuously so that the pleat creases all appear to point in one direction going around the body.

Pleats will only really stay in the fabric if some of the fibre content is synthetic and the pleats have been heat set, which is part of the reason why a polyester organza will work so well for pleated effects. If you tried to achieve this same effect in silk organza it is likely that you would need to have the pleats carefully reset by a dry cleaner each time that the garment needs to be cleaned to prevent the pleats from falling out altogether. 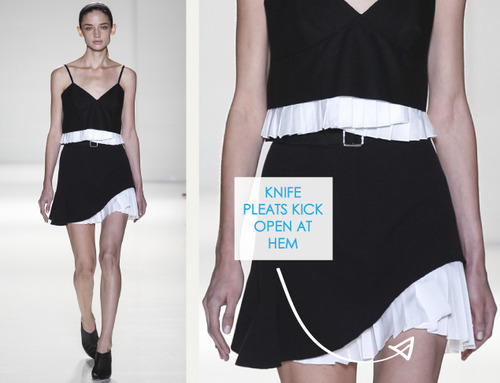 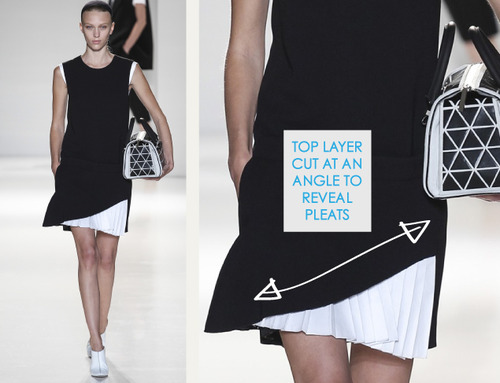 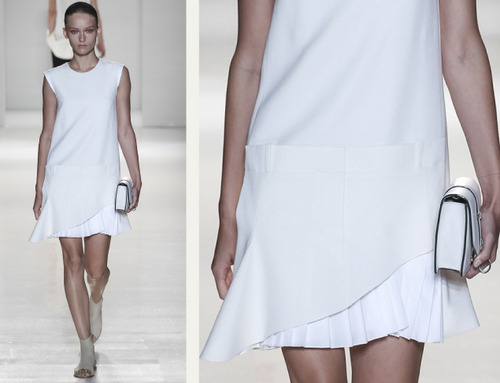 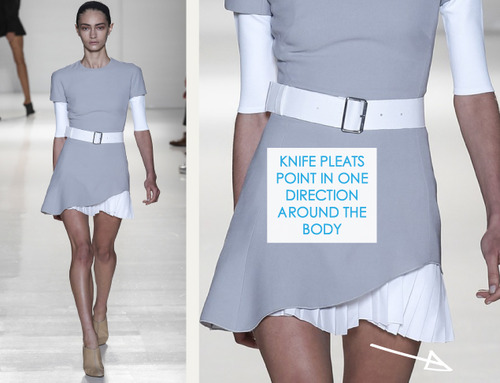 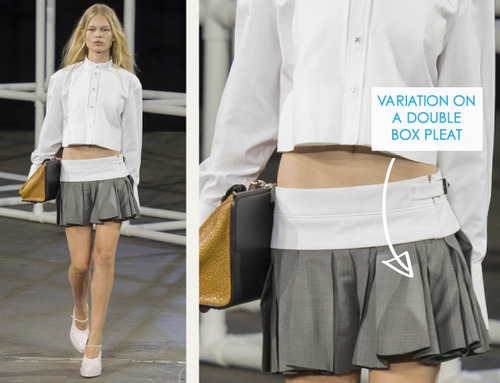 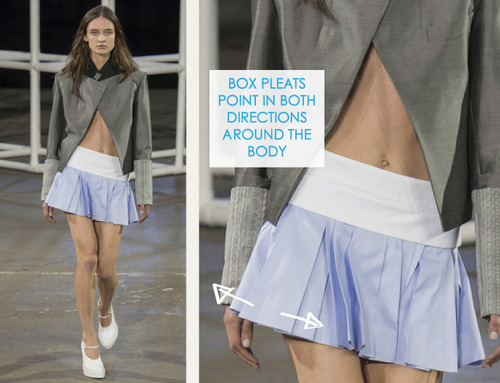 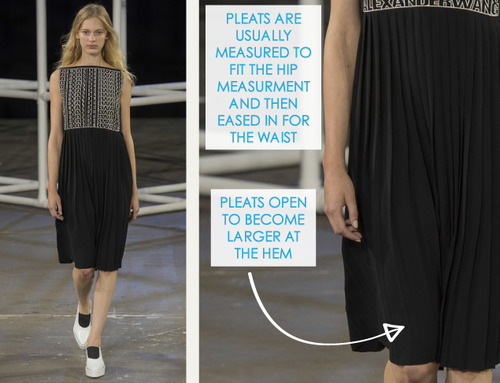 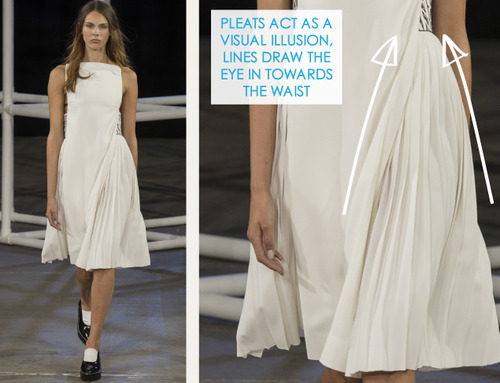 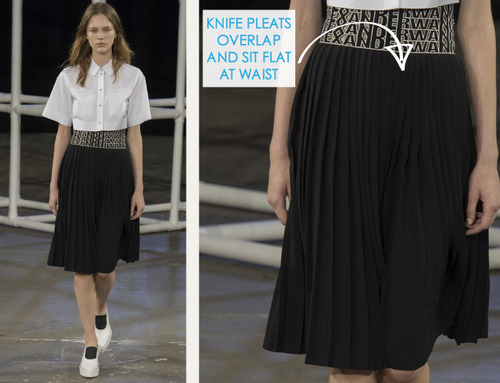 At Alexander Wang knife pleats were used to draw the eye in towards the waist line but there were also short skirts that used more irregular looking box pleats.

“Box Pleats” are almost like knife pleats that have been set back to back. By placing knife pleats back to back in this way a rectangular flat plane of fabric or box shape is formed on the outside of the garment, which is how the box pleat gets its name.

The following diagrams show the difference between knife pleats and box pleats. 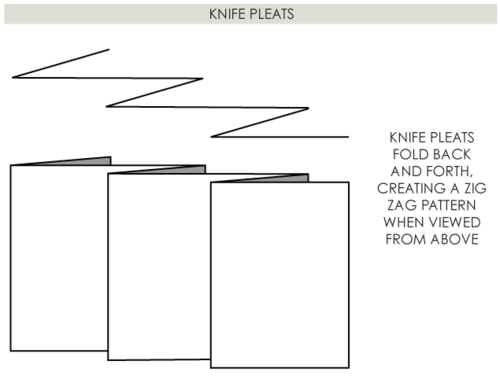 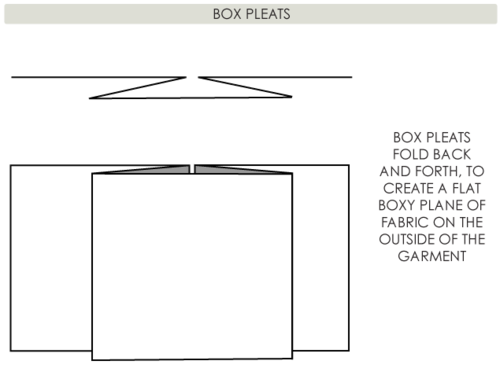 You can also layer pleats and the double box pleat is a good example of how you use pleats to add additional volume into a small space. 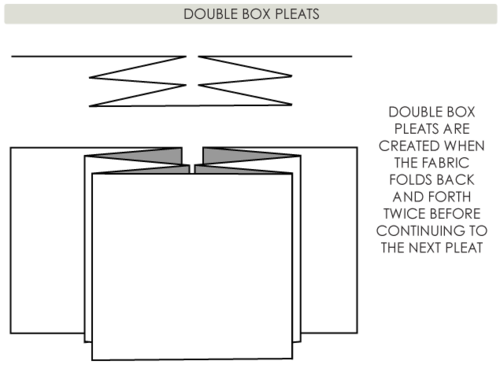 For pleats that are folded and stitched in place by hand (rather than using heat setting pleat processes, or machine pleating) you can alter the pleats so that they become more irregular. This appears to be more representative of the way that the pleats in the Alexander Wang collection may have been created. 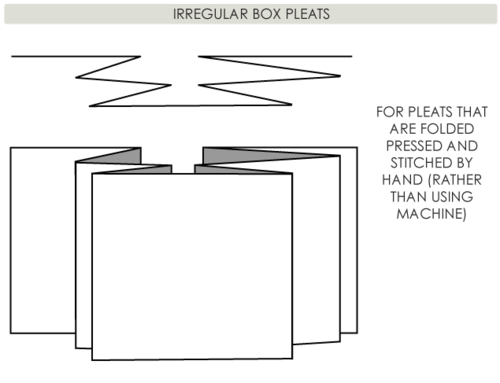 Click for more examples of how designers use pleats»

Pleat Diagrams by The Cutting Class»