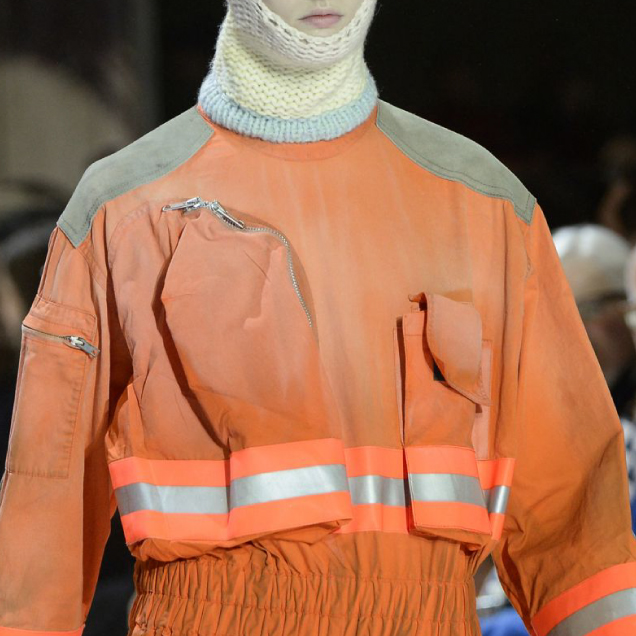 There was an interesting pocket detail at the Calvin Klein show for Autumn-Winter 2018 that featured a bulky pocket bag on the outside of the garment.

In essence, this shape looks like it would be roughly like an oval at the top, with a curved edge along the zip line that continues in a circular seam into the armhole. The volume seems to be created with a dart, with the dart positioned so that the dart arms close to meet at the point where the zip closes. The bottom of the pocket bag may also be shaped with darts, or a gusset, to create a boxy effect.

The volume and shape of the pocket bag have some nice knock-on effects for the overall garment. It adds to the layered, overlapping feel of the garments, and at times looks almost like a displaced lapel. On one garment, the curves of the pocket have also been echoed by slight curves along the yoke seam lines. 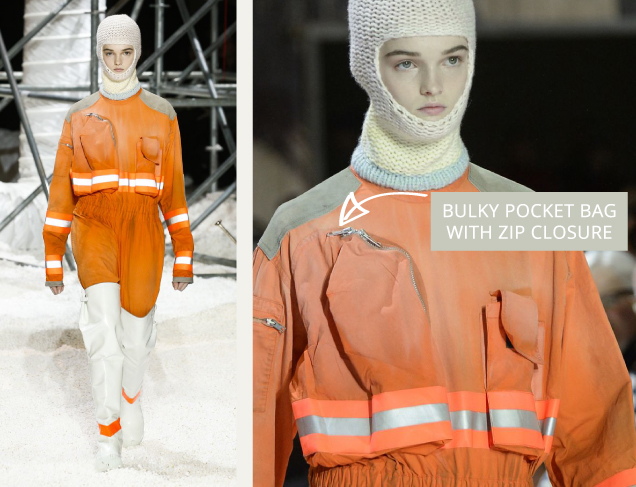 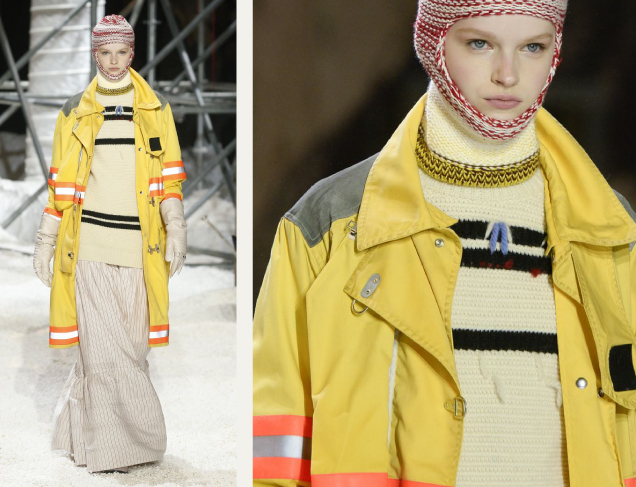 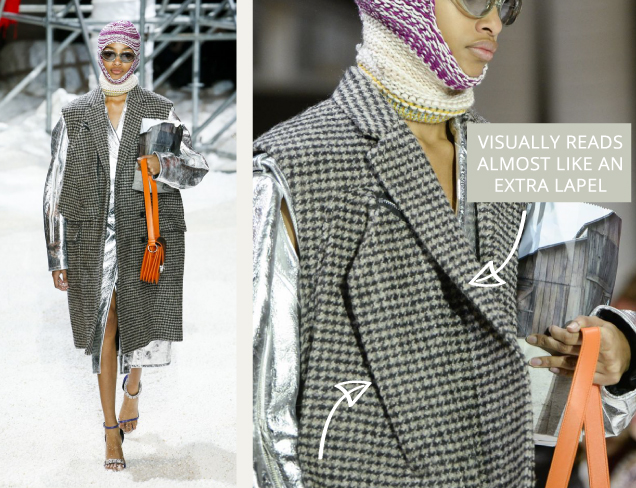 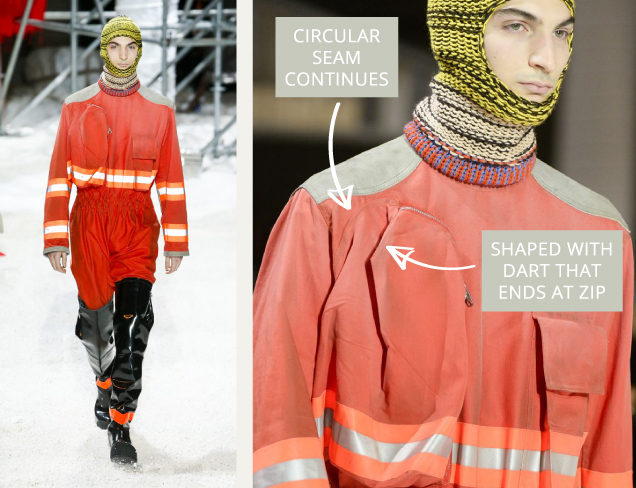 The following images show an example of how the basic Calvin Klein pocket shape may look. The pocket shape is made more three dimensional by using a gusset at the base, or by creating a form of bellows pocket. The vertical dashed lines on the basic pocket shape below indicate where the fabric for the pocket would need to fold around the corners of the base gusset. Alternatively, the base could be cut all in one with the pocket bag, and the corners would be sewn almost like the mitred corner on a bag. These images show the basic shape, though the real pattern would have additional shaping to go into the armhole, and to include the width of the zipper tape.

This pocket detail was used on jackets in the Calvin Klein collection inspired by uniforms worn by American firefighters, complete with reflective strips running along the bottom of the pocket. It is likely that the reflective trim would be stitched onto the flat pocket bag fabric first before it is made 3D. 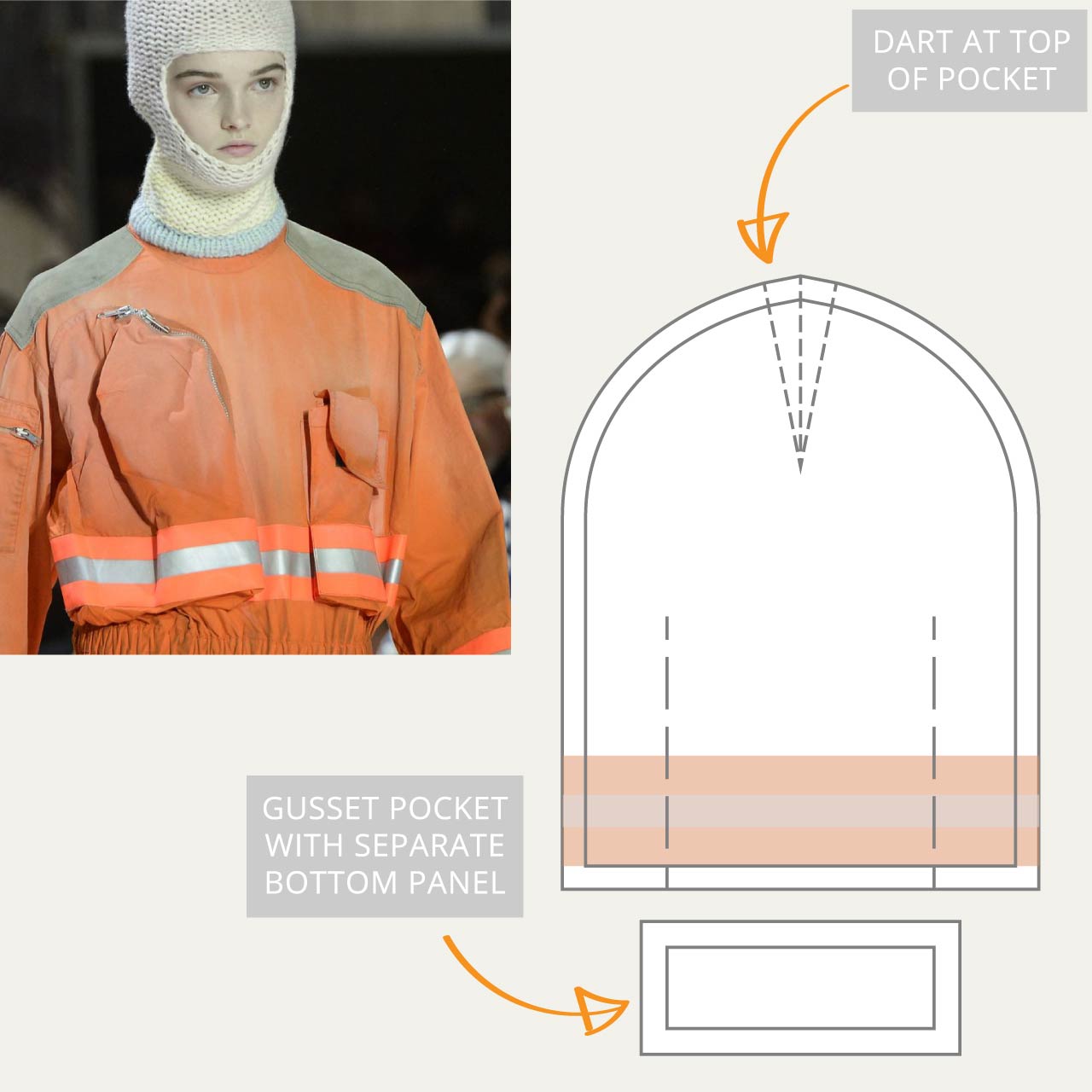 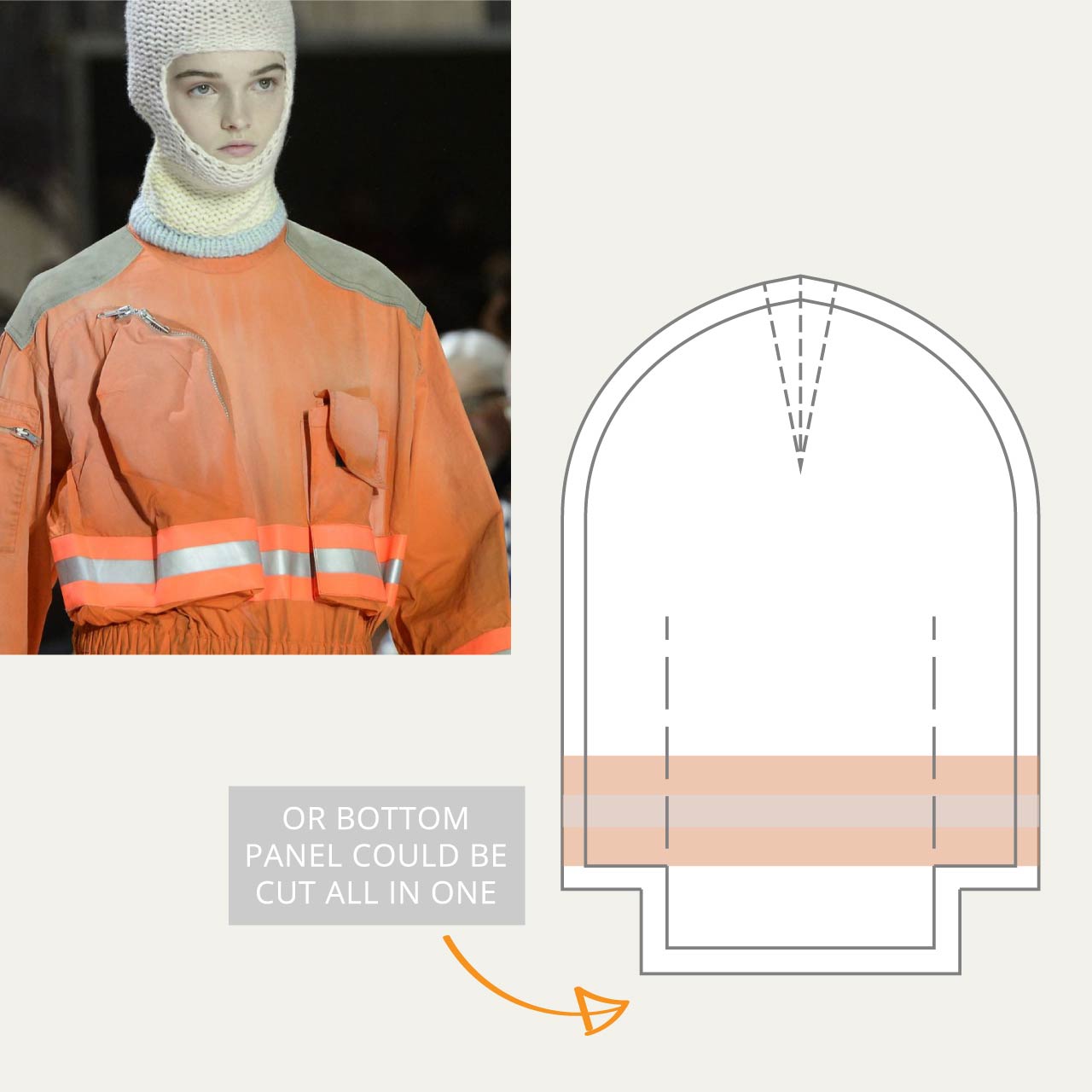