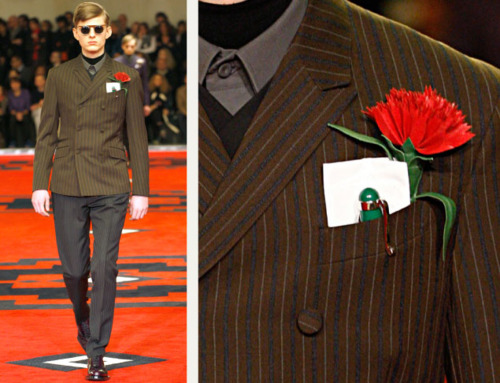 It was against the background of the homogenous men’s suit, that Miuccia Prada worked touches of individualism into her recent show for Autumn-Winter 2012. The looks were comprised of carefully layered garments that were given personality by small arrangements of pocket detailing.

They also allowed a clever play of colour through the vibrant red lensed glasses that were visible on some of the outfits as the hits of colour helped to offset the more muted and traditional tones of the suits and shirts that formed the looks.

There was a poetic sense of symbolism and tradition in the small emblems, and in the same way that an institutional or family crest will pull together simplified images to act as a representation of what the group of people stand for, these small tokens can be rearranged or switched on a daily basis depending on the mood of the wearer. 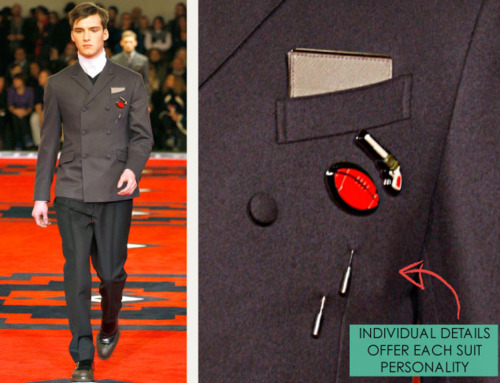 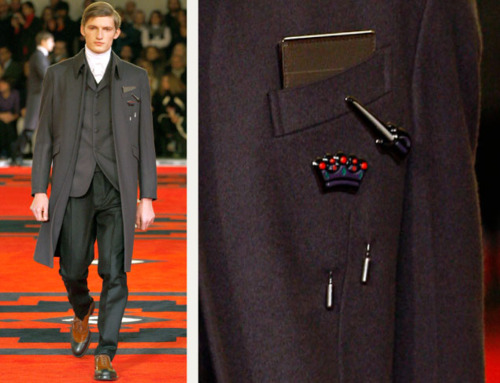 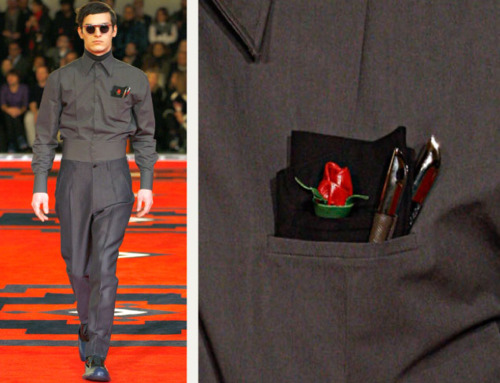 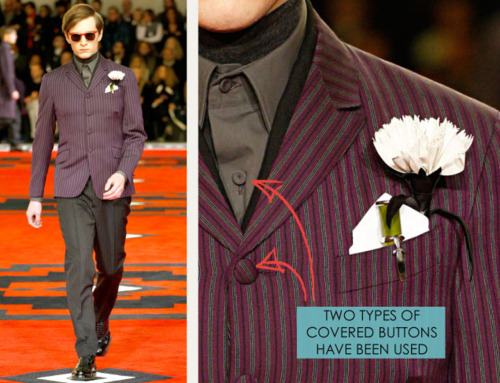 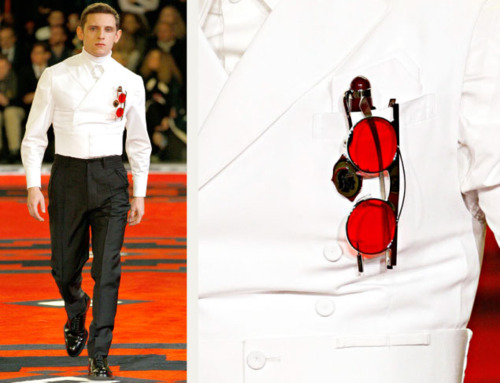 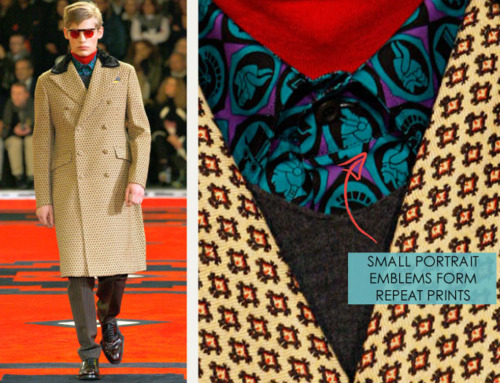 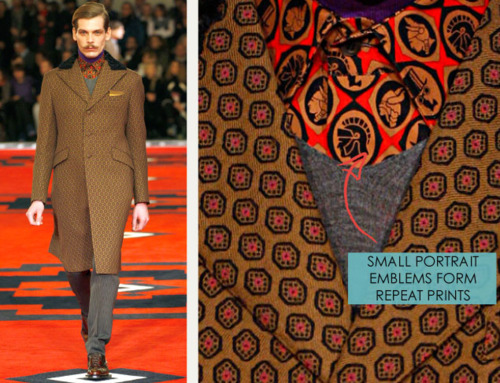 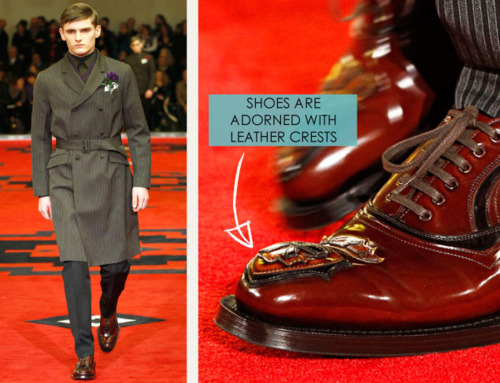